Dinner with Friends in Rural Oklahoma

“I’m hungry,” I said to myself after getting my tires fixed in Shamrock, TX. Hmmm...Wynoka is only a few hours away.

So with German food and bier on my mind, I texted Dieter to see if he had room. He replied with some obscure text I didn’t understand so decided to call.

Thanks to Siri I called some Cafe Bahnhof on the other side of the planet. On second try I got an answer.

“Can I make a reservation for tonight?” I asked the guy who answered the phone.

“No, we are booked tonight and tomorrow,” he replied.

“Kooky! Come on over, yes,” he replied, and I was happy to feel so welcome.

When i arrived he put me at the bar and there was another guy there. Now, if you’ve not been to Cafe Bahnhof in Wynoka, OK, you should know that the bar seats four people, so this gentleman and I were pretty much forced to strike up a conversation right off.

After a bit, Dieter came behind the bar and asked us what bier we wanted. We both went with the weissbier.

When he returned to served our drinks, Dieter started chatting with the guy.

“I have a car you might be interested in,” he said, loudly enough for me to hear. “How would you like to buy a 1981 Volkswagen Caddy. It’s bright orange.”

As the man thought about it, trying to picture it, Dieter carried on as if trying to make the deal to sell MY car.”

And the conversation flowed from there. After a bit Dieter moved us to a table.

“I’m Russell,” I introduced myself.

“I’m Phil,” he replied as we shook hands and sat with our biers.

Turns out the guy is a huge car nut, owning 15 that he keeps in various places around Alva, OK. He also has stacks and stacks of parts and literature and books, as well as a shipping container full of literature still in California.

“I have one of the first two pieces of literature I ever got,” he told me. “It was 1949 and I was with my aunt buying a car and I was bored. So the sales man gave me two car brochures on an only Plymouth to keep me entertained. I still have one of them.” He told me that he cut up the other one and pasted the cars around his room as a little kid.

Story after story was shared as the evening rolled on. His grandfather started what is now the oldest continuously open restaurant in LA, Phillipe’s French Dip. Yeah, stories like that. Such an interesting guy. Too much to share in a FB post.

After shots of grapa, I thanked Dieter for a fantastic and enjoyable dinner. “I knew you two would get along.”

It turns out Phil went to Cafe Bahnhof just months after it opened, reading about it in the local rag. And he’s been a regular for 20 years.

I don’t need to know. I like the guy. That’s enough. He doesn’t need to see the world through my lens for me to want to enjoy his company and consider him a friend. I can tell he has a kind heart and a friendly laugh...that’s enough. 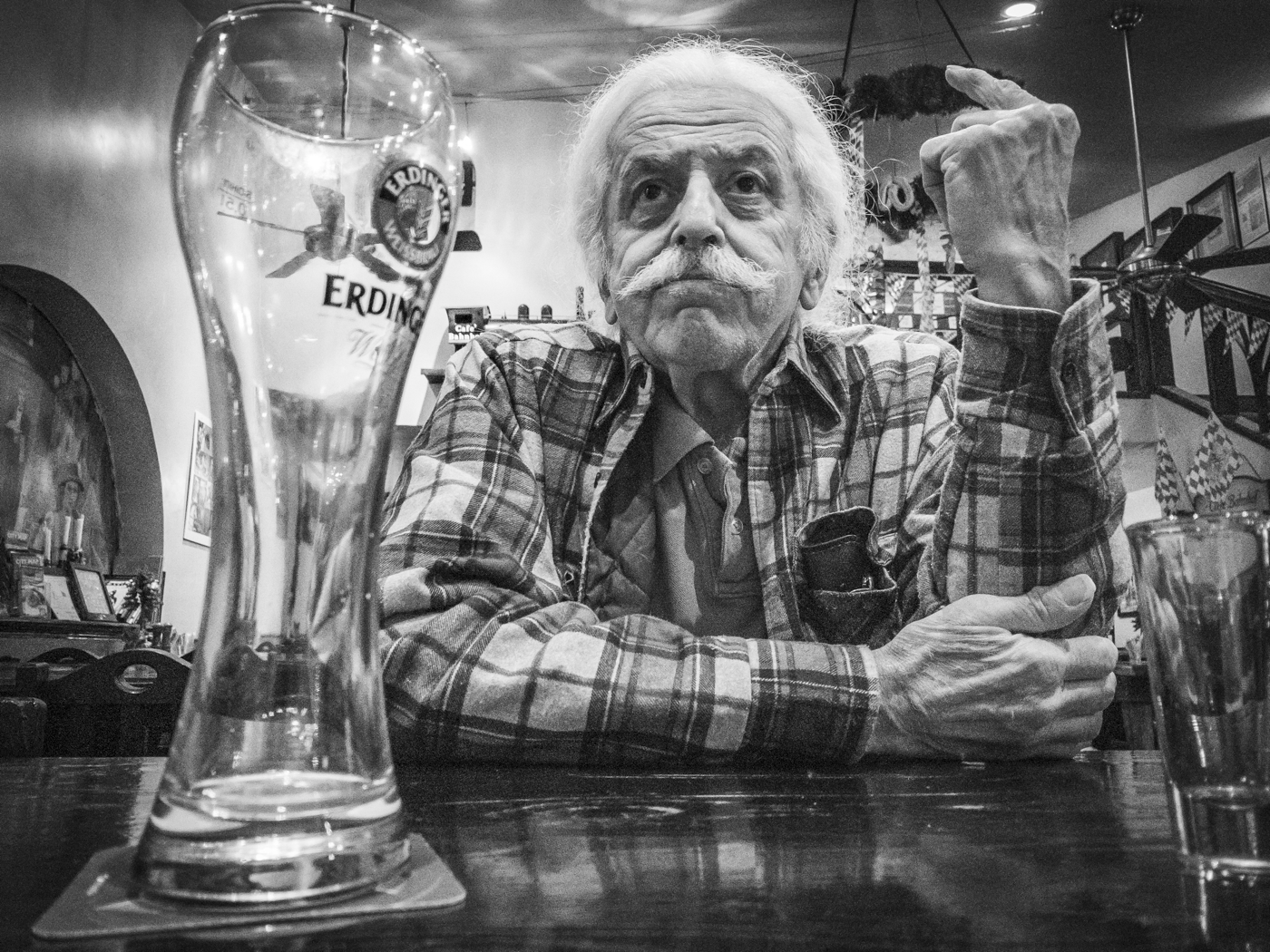 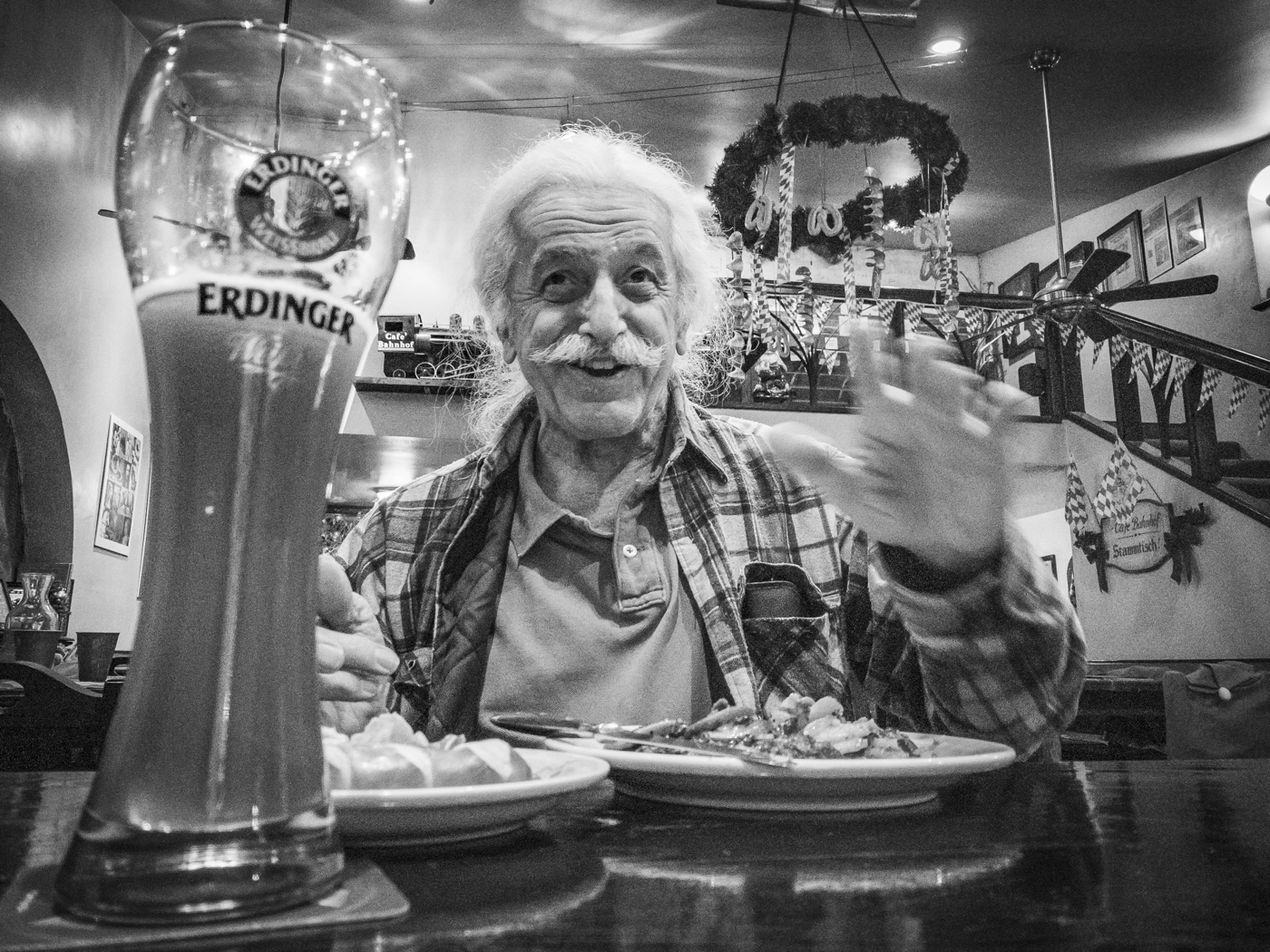 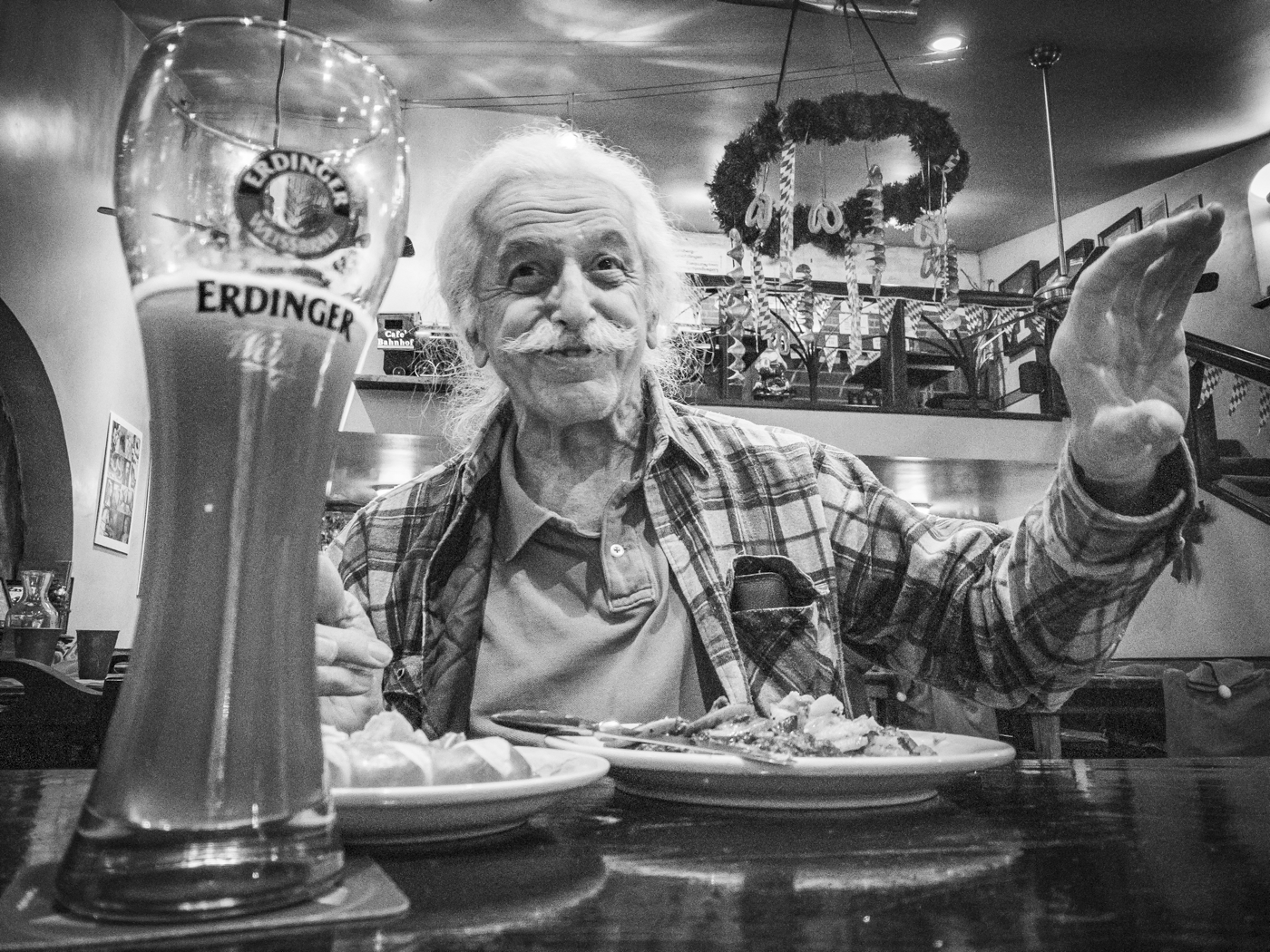 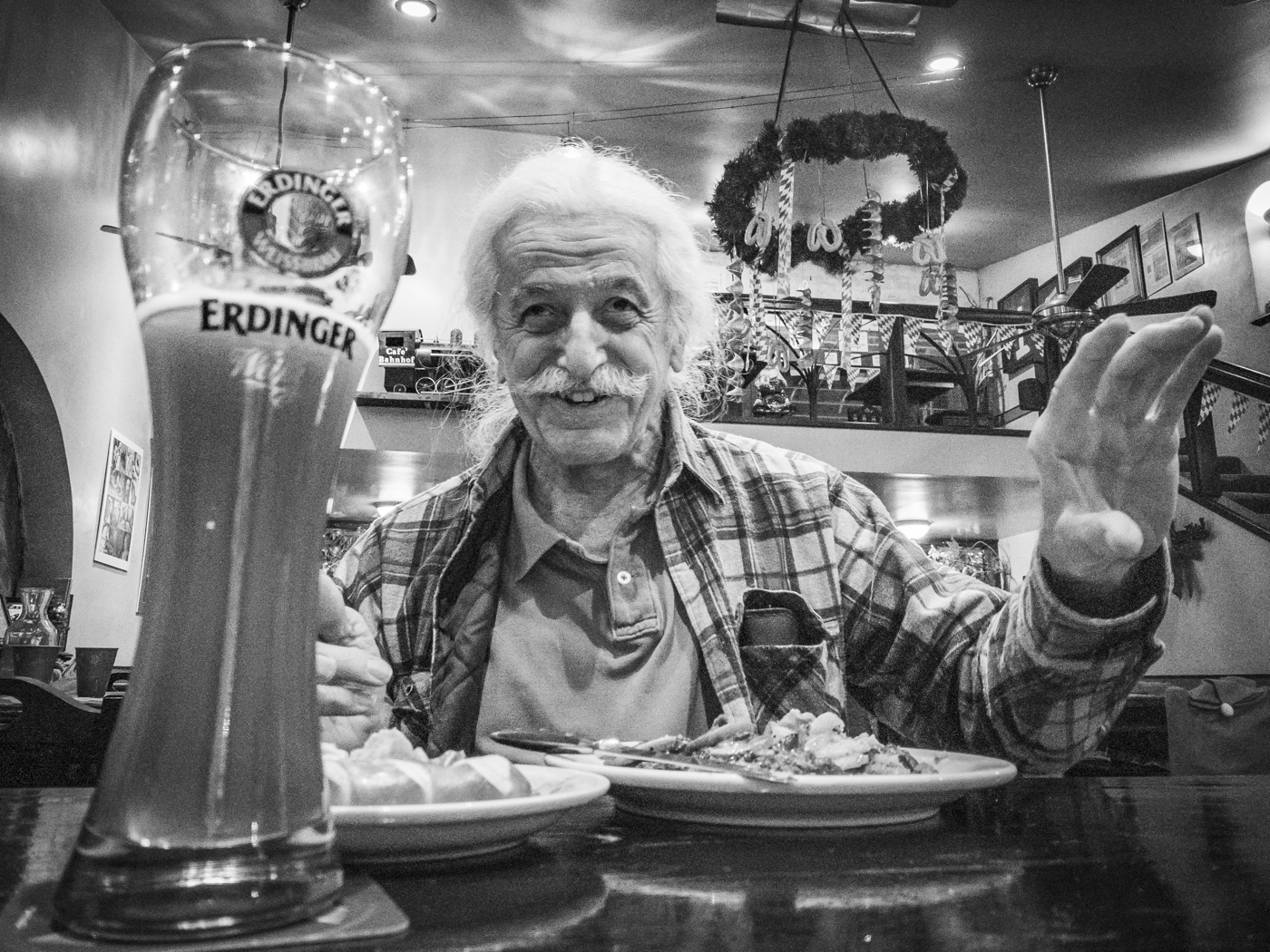 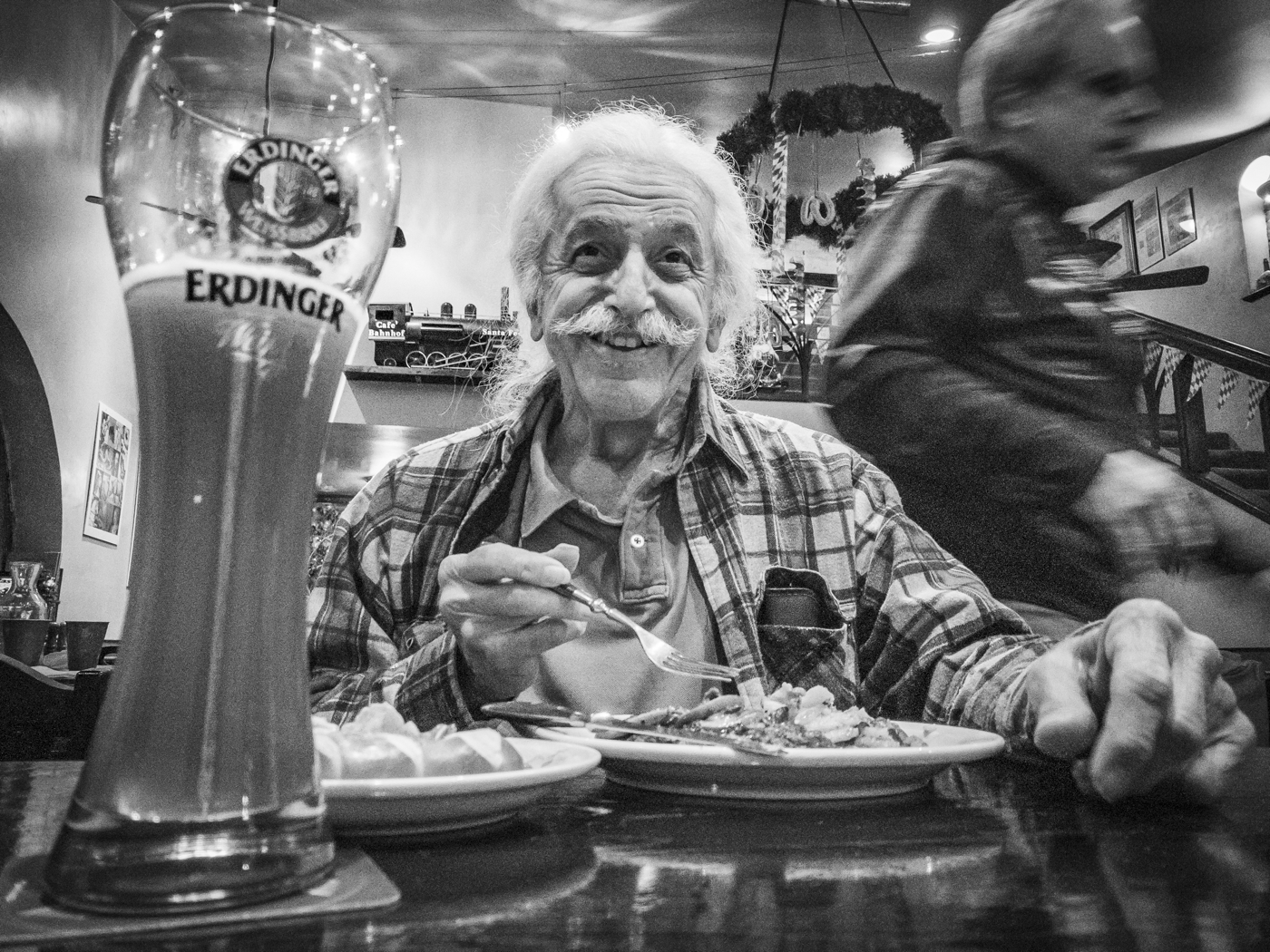 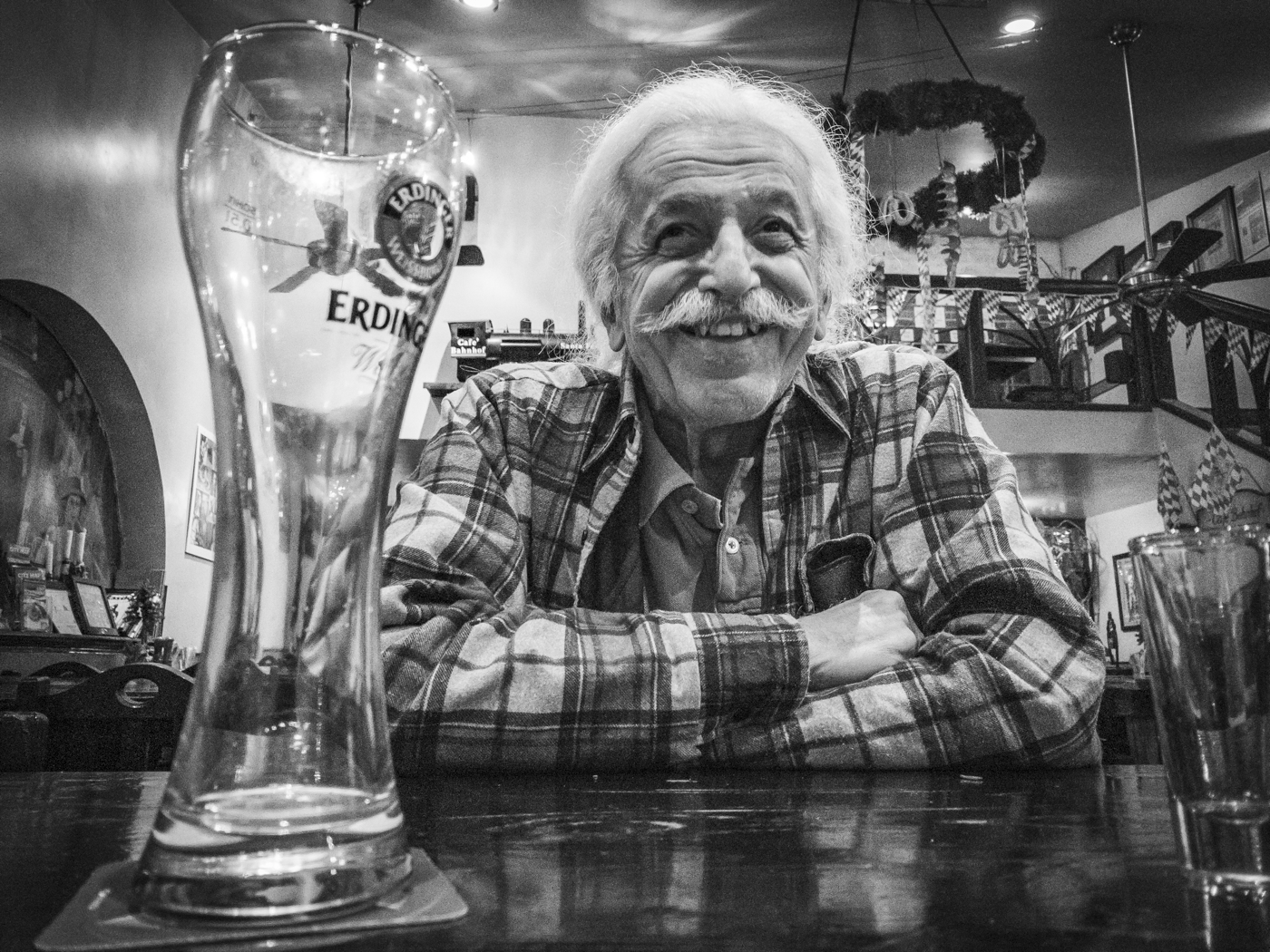 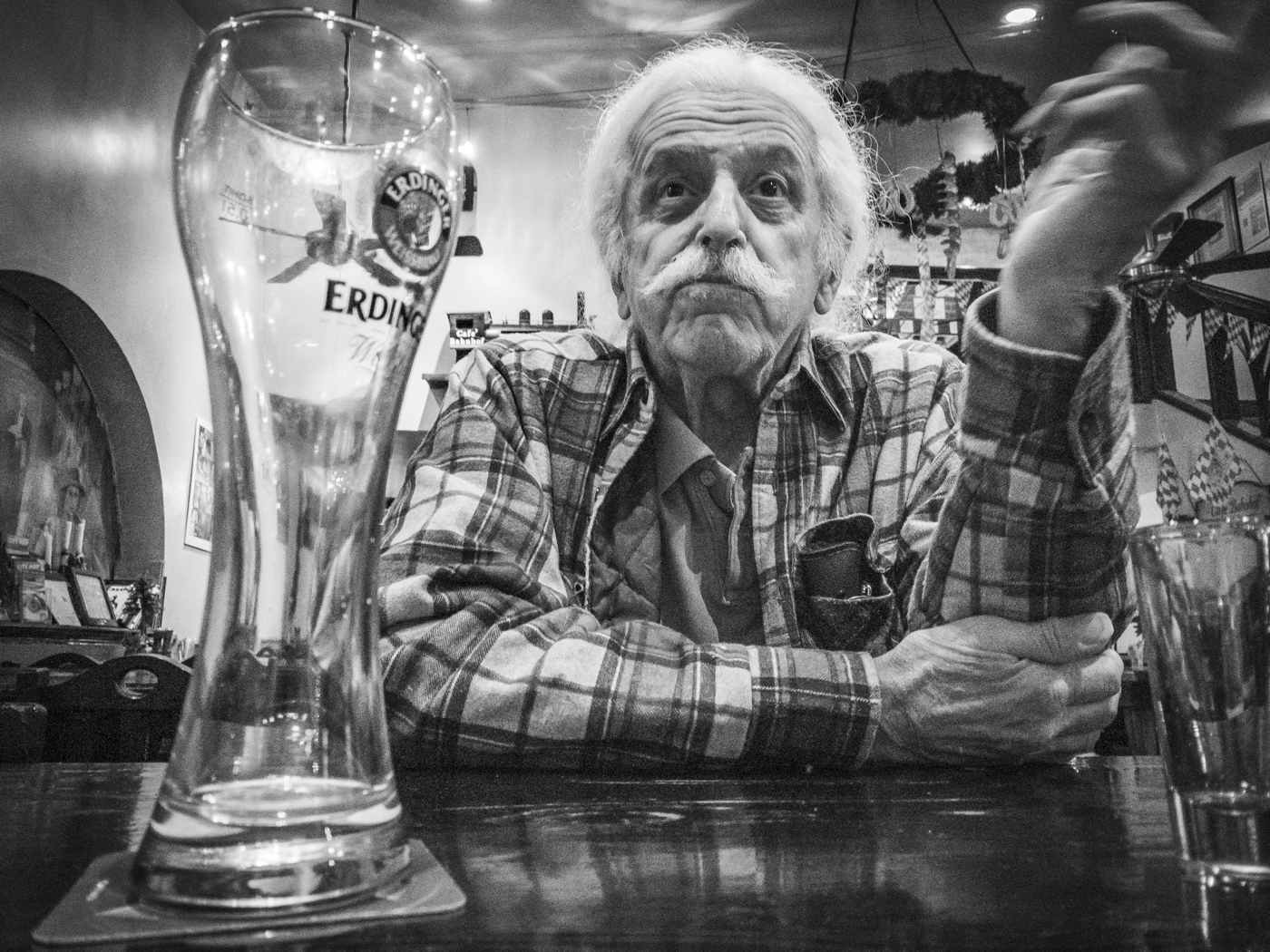 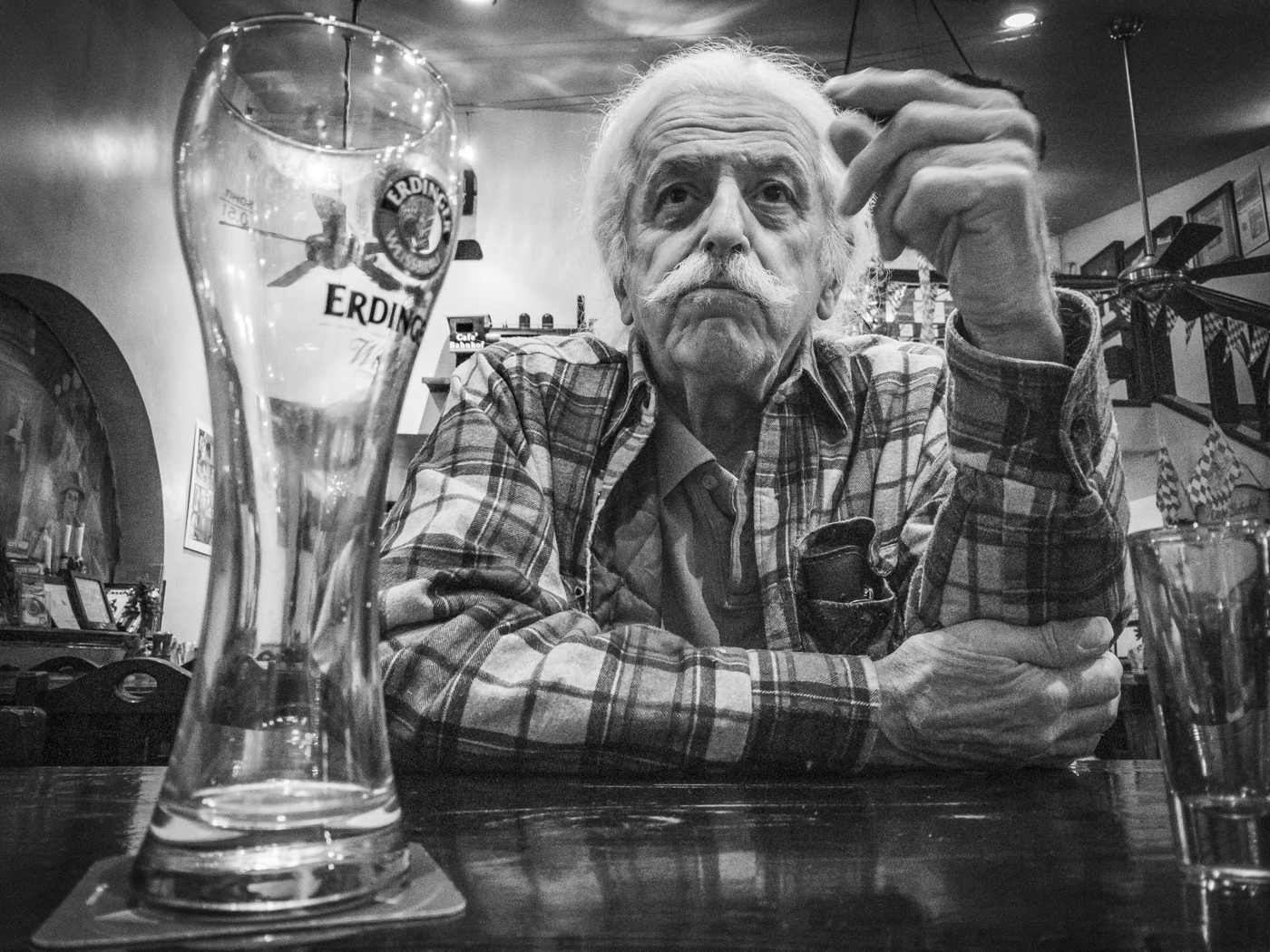 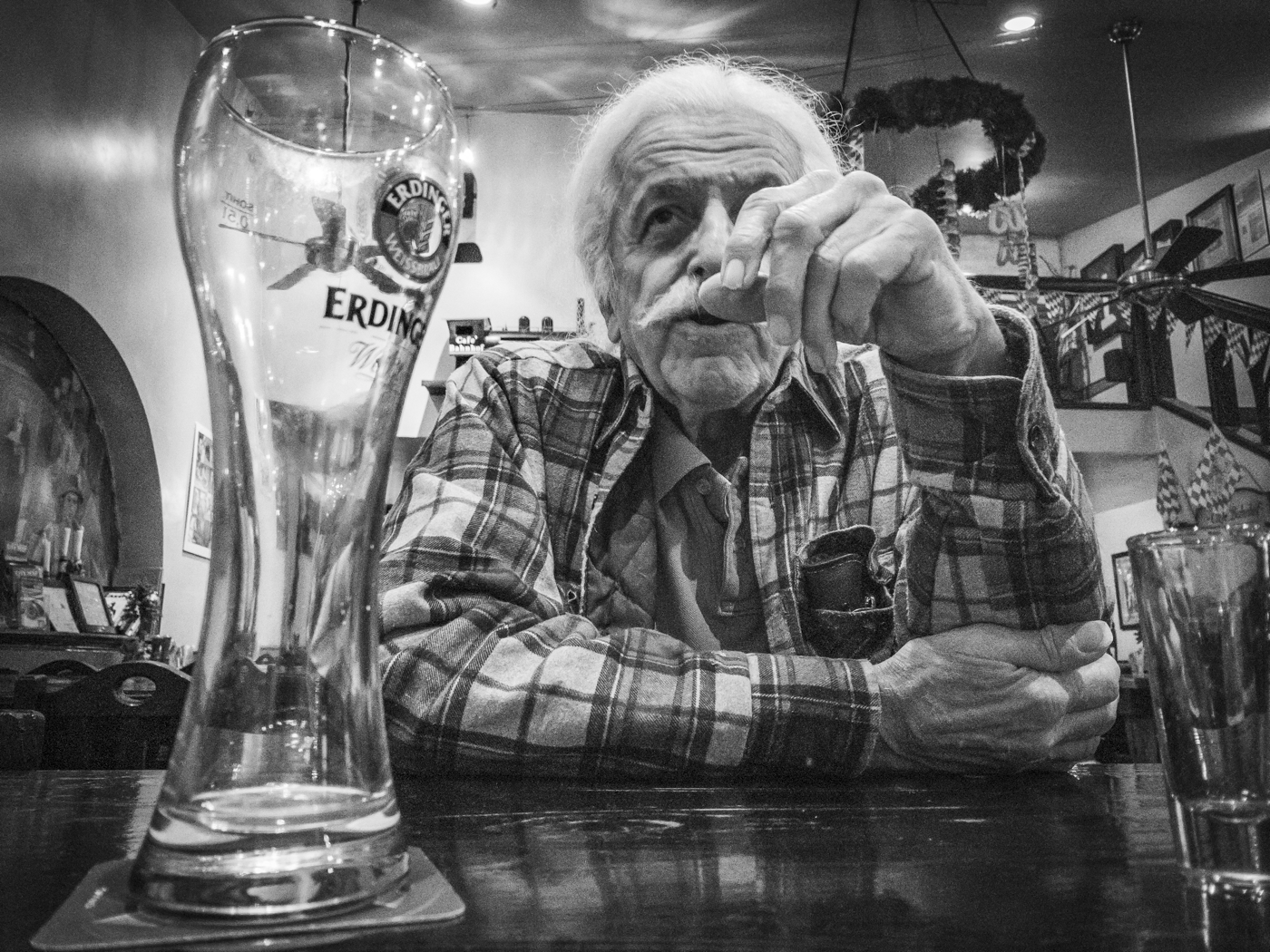 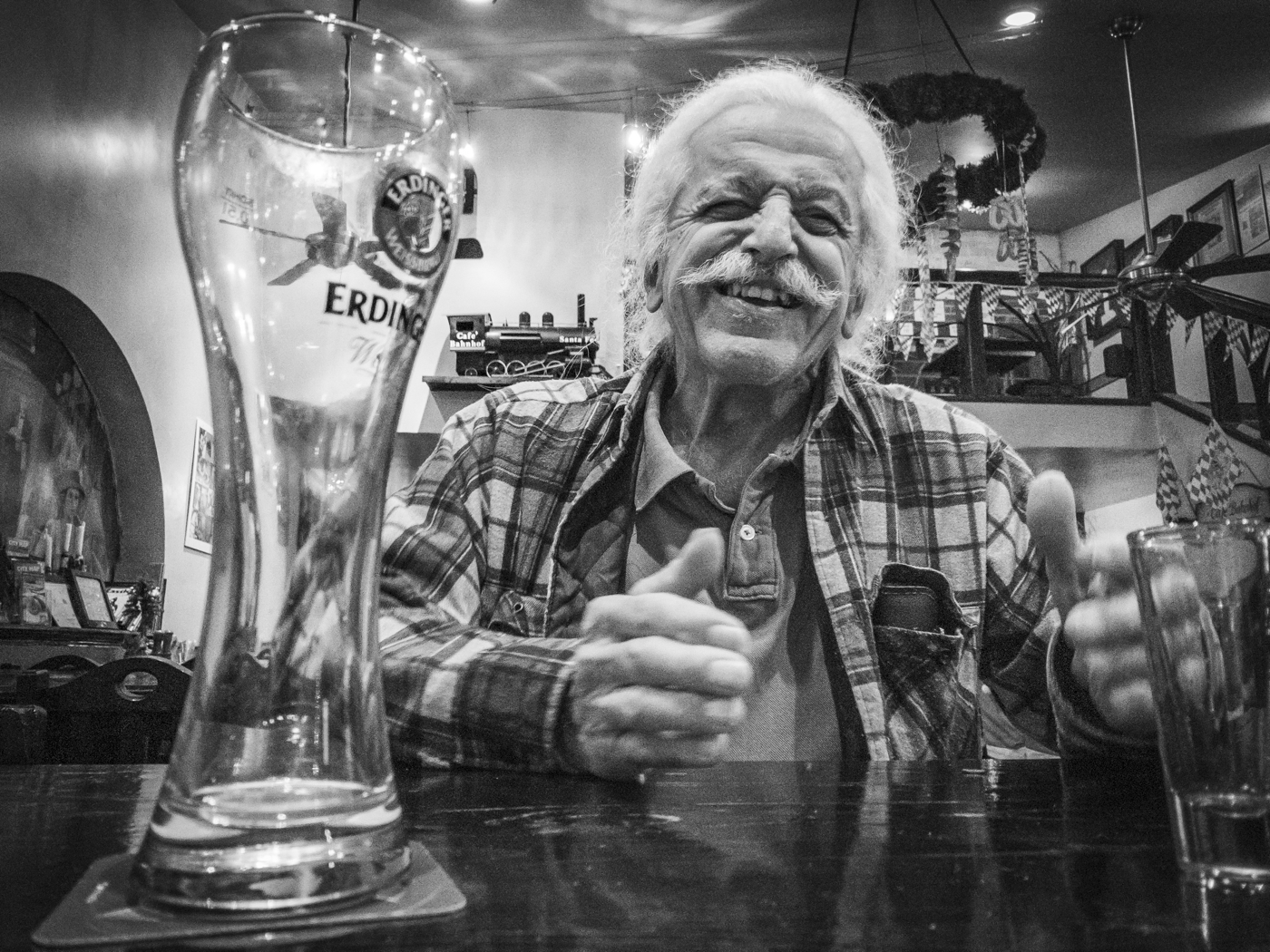 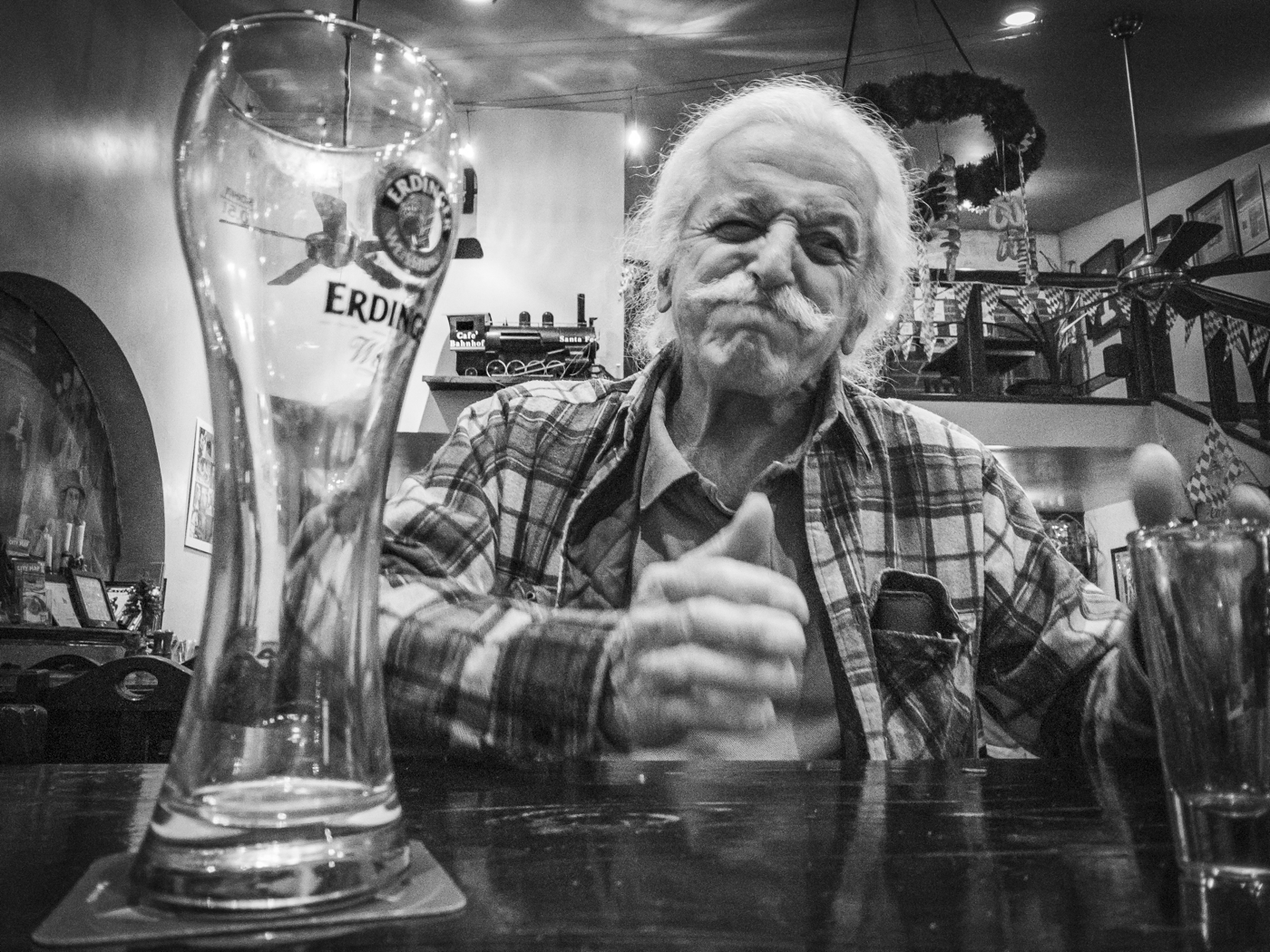 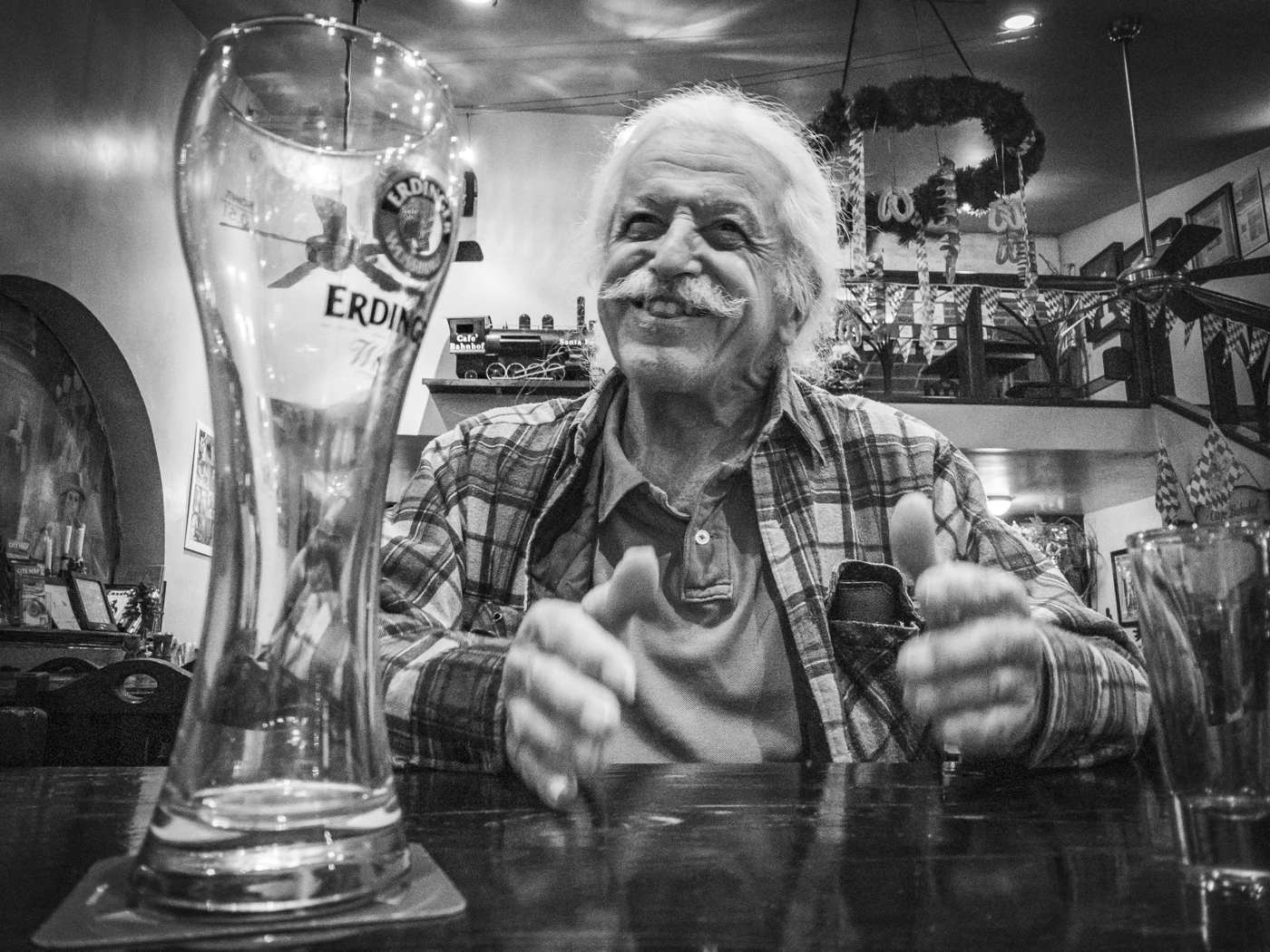 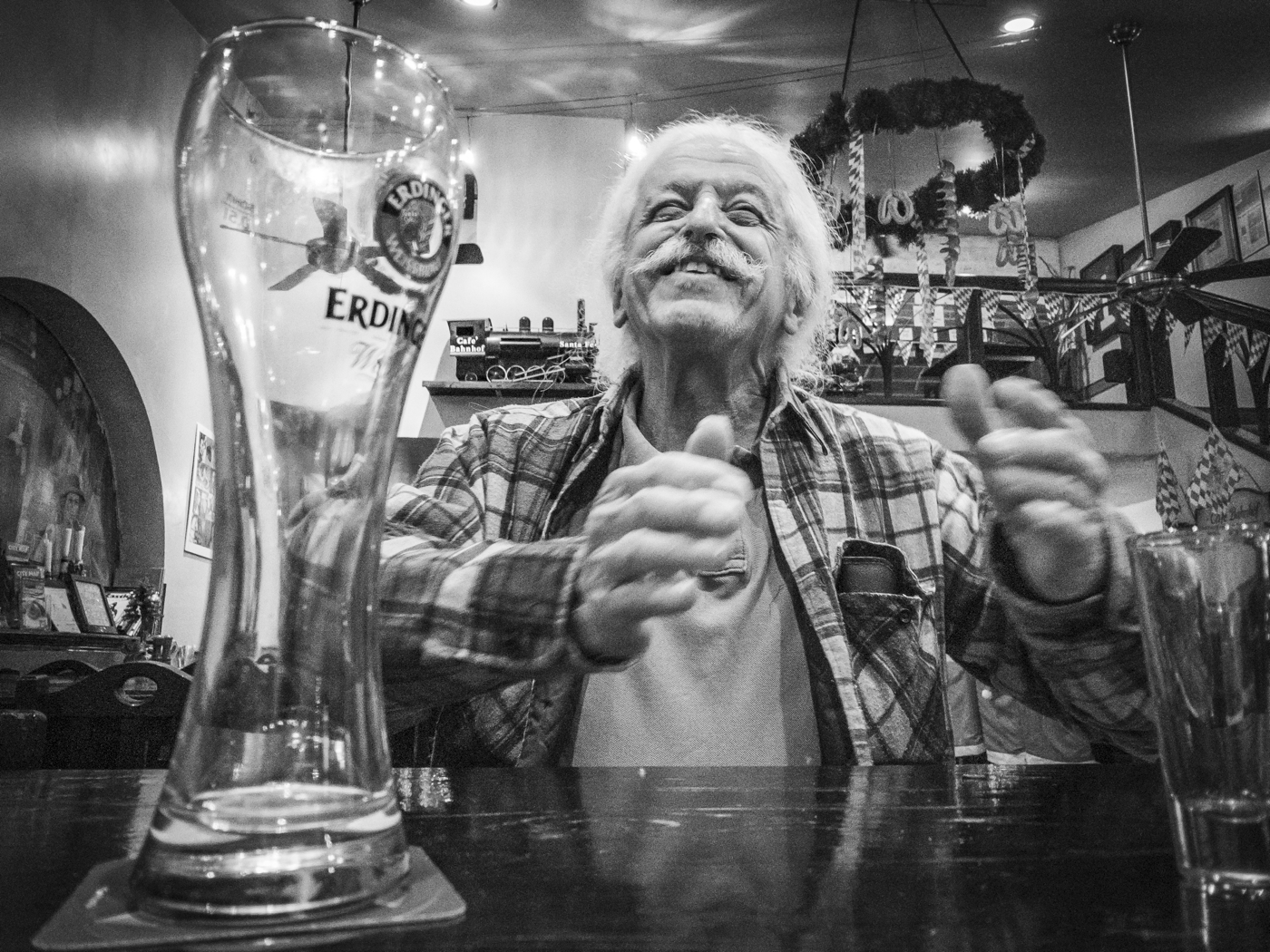 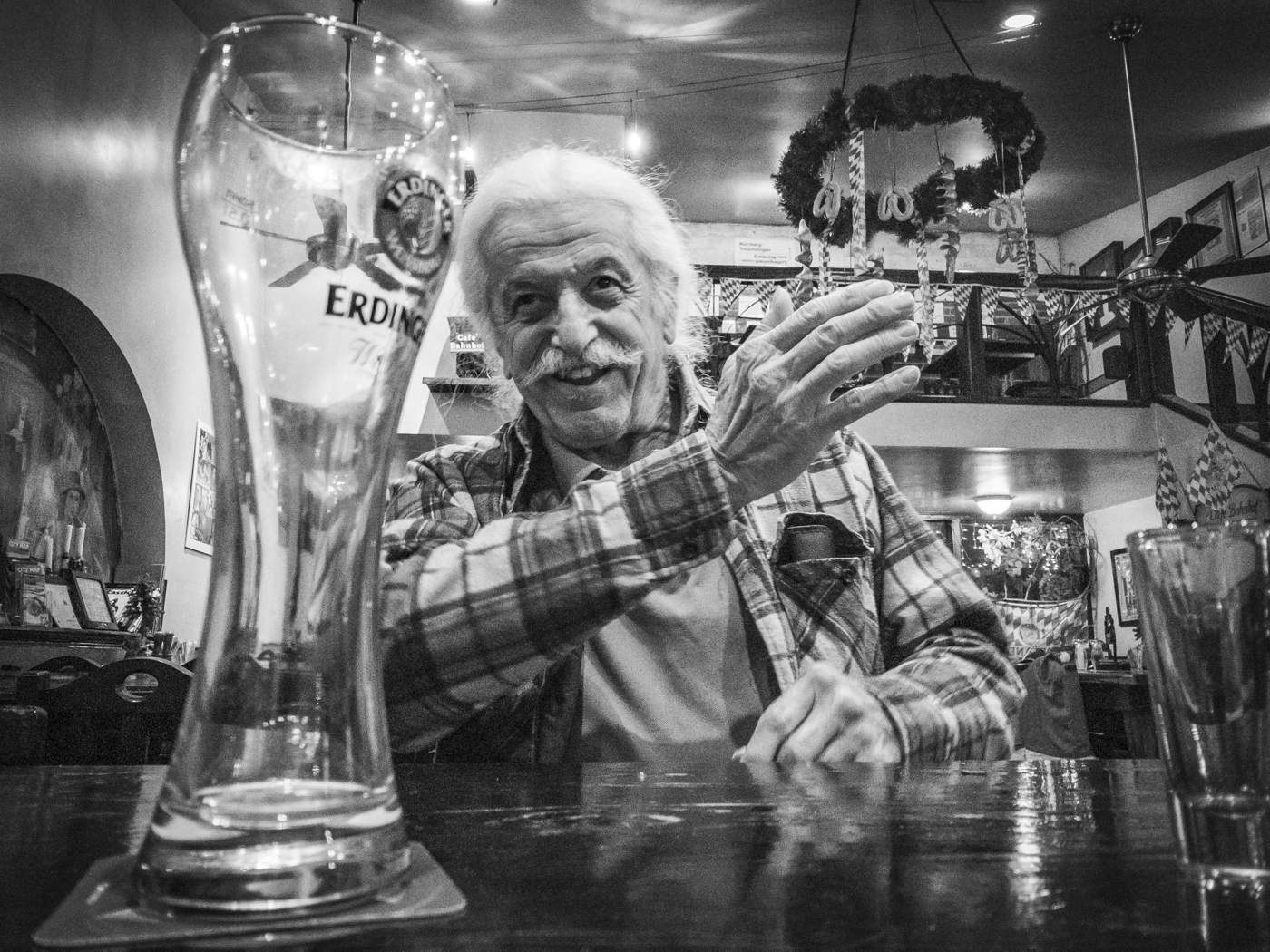 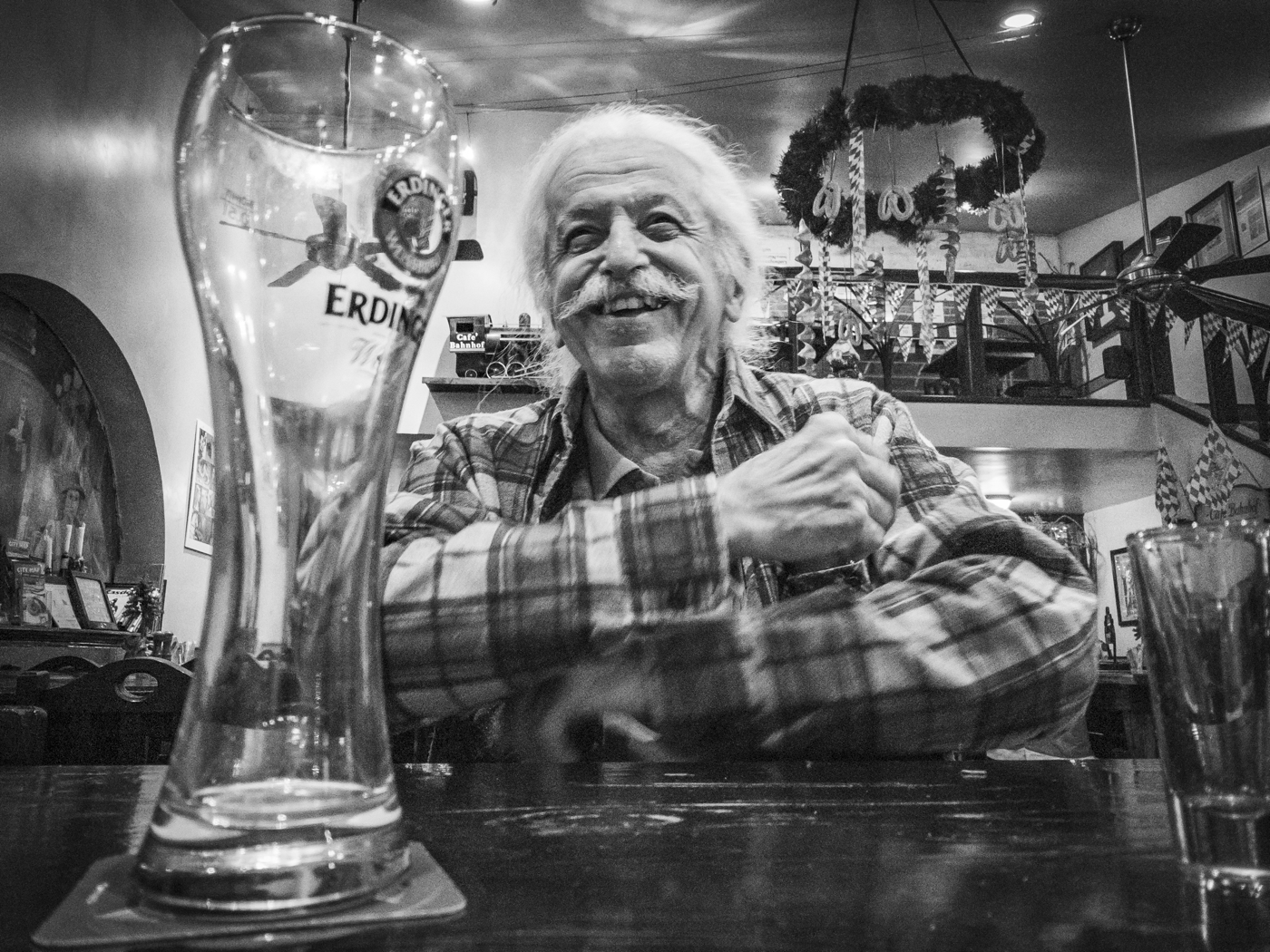 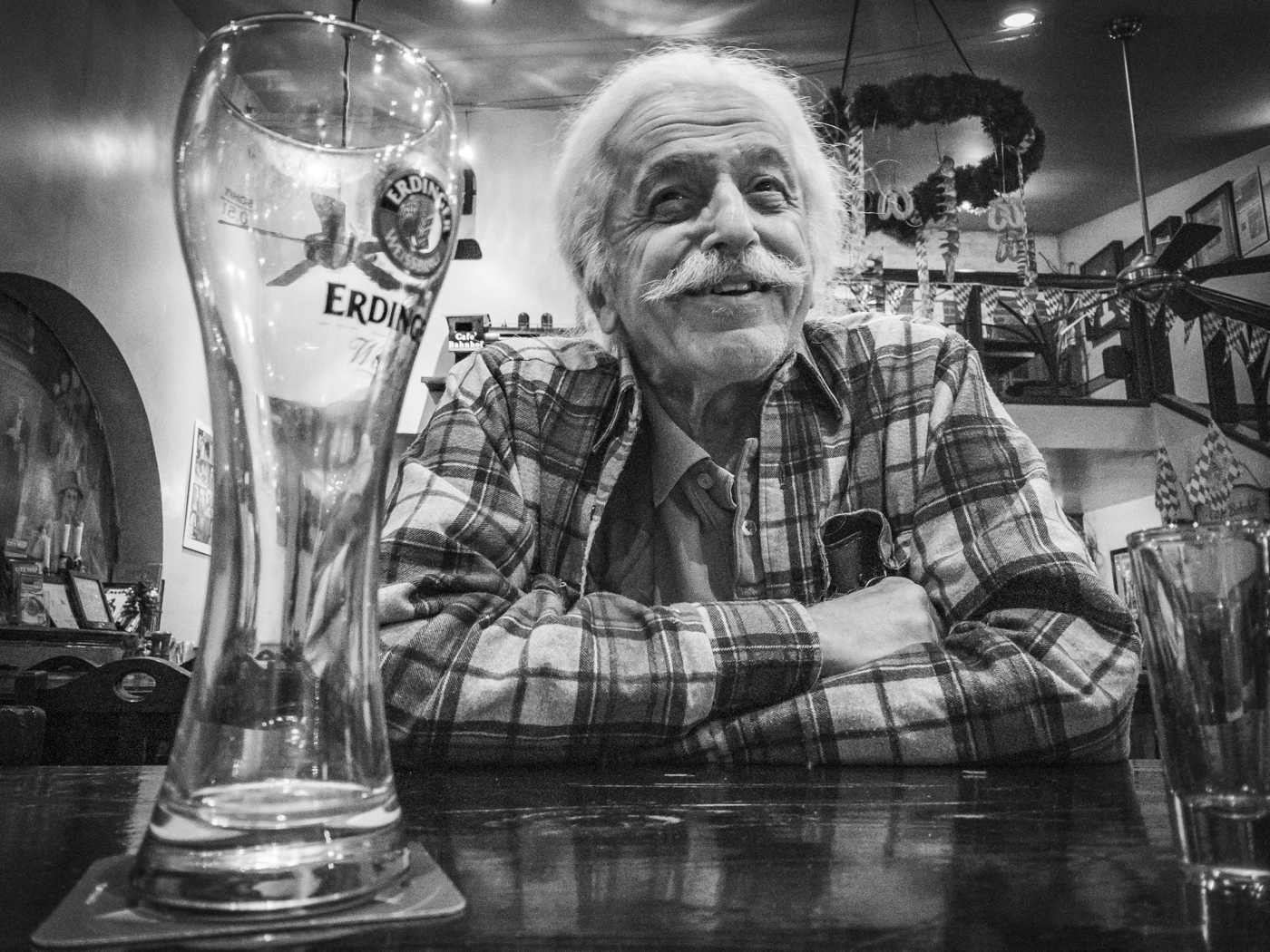 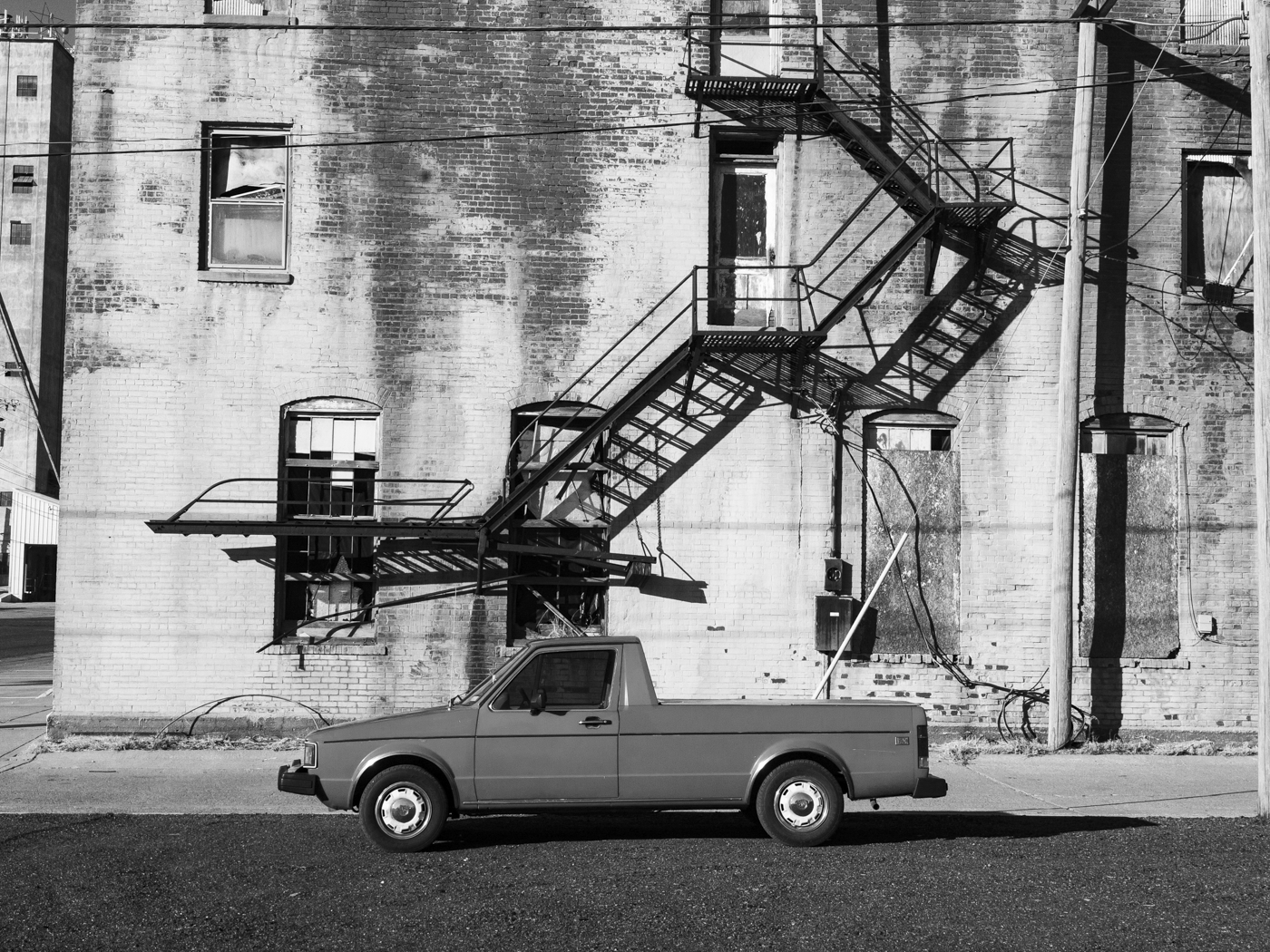 What is it with Kooky’s Road Trips and wrecks on the first night?I had JUST posted that this one is dedicated to an awareness of our mortality and there he was, lying in the middle of the highway that runs through Kingman, Kansas, his crumpled bike a few yards away. 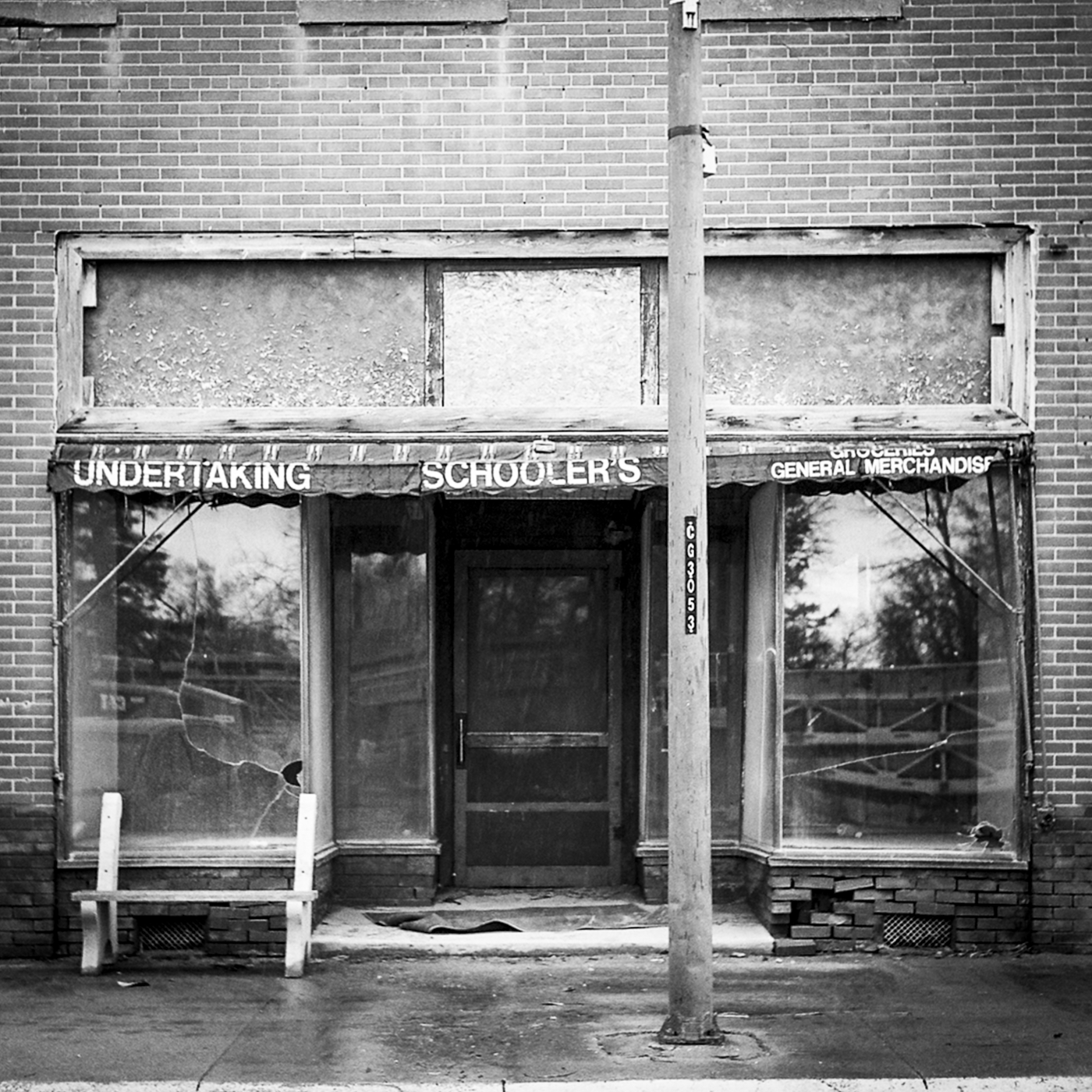 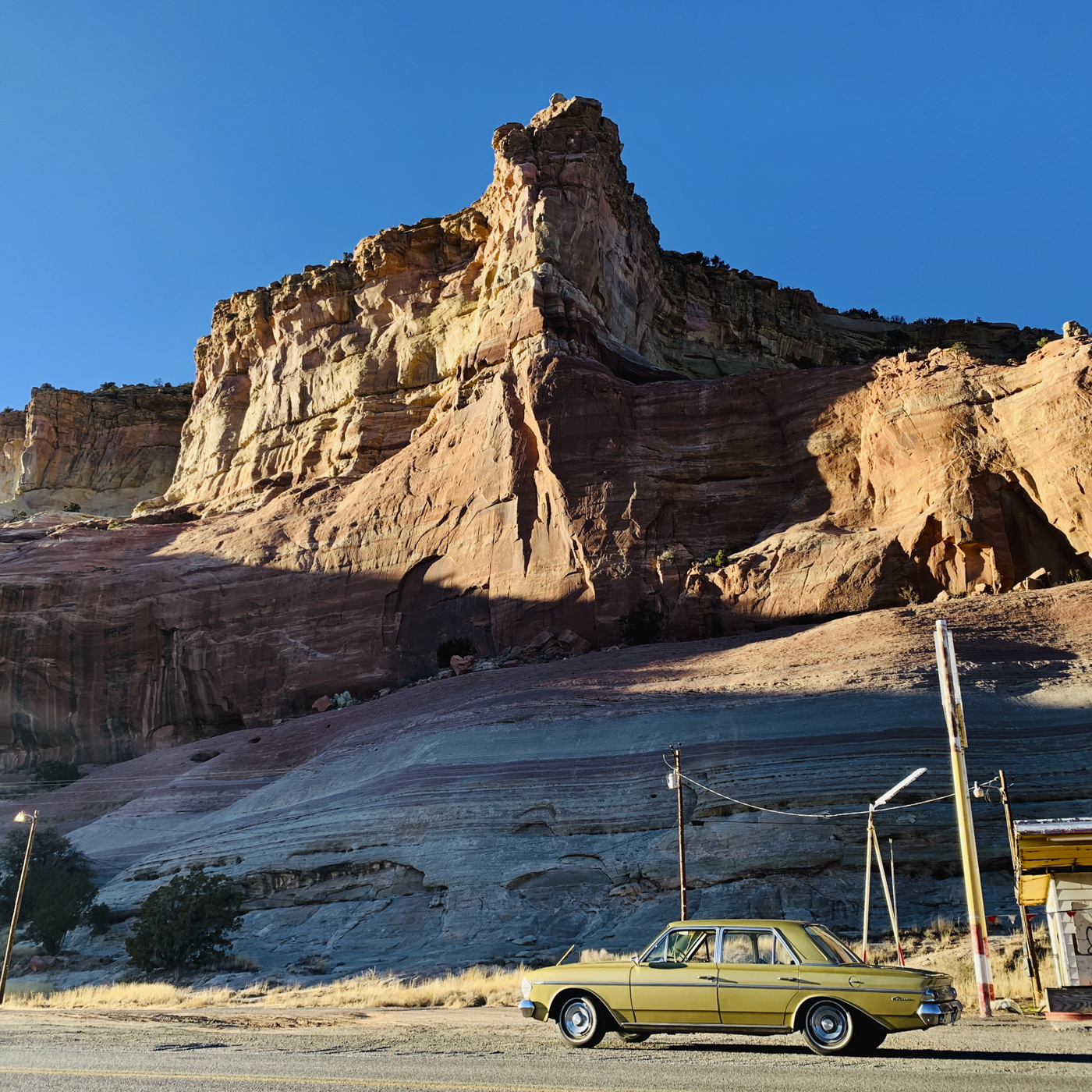