How Far to Vegas

Another morning waking up in a cheap hotel along the way with bad coffee. I love this.

Yesterday was NOT without event, although nothing worth raising the blood pressure...wait...no, there was one incident that raised it a bit, as well as the heart rate and any other vital signs you might be able to measure.

I was in Ely, NV and saw an old train station and thought I'd see if there was a photo op for my friend Bo. There wasn't much exciting so I was driving up the hill back to the main road, just ogling the neighborhood when I hit a dip/bump in the road, unmarked and in the gravel so I didn't see it coming, that banged the front of the car on the ground before sending the front wheels into the air like a dragster, as the rear end bottomed out and the heavy front end dropped back down as my ass end flew up and I was bouncing around inside like popcorn.

I got out and looked. What would have TOTALED a new car didn't even raise an eyebrow on this old Rambler. She's one tough bird.

The only other event worth throwing out there is through a combination of bad directions, bad highway signage and nonexistent cell service, I added an amazing 100 miles to my trip that I'll not forget. It was fantastic and I'm glad it happened.

I was told to "take 6 to Vegas." So I did. I headed out on 6 and kept going. Not a SINGLE sign saying "Las Vegas XX miles" or "Hey Russell, turn left here on this highway for Vegas." Nope...not a one.

I remember thinking, as this road got more and more remote and isolated "there should be more people going to and coming home from Vegas." But on I drove.

By "remote and isolated" I mean that at one point there was a sign which read "No gas for 96 miles" and I didn't see a car for more than an hour. It was so isolated, I could have stopped the car in the road, got out and peed on the yellow dotted line, and nobody would have known. Okay, I DID stop my car in the road, get out and pee on the yellow dotted line, but I'm not proud of it (I"m kinda proud of it as "Why Don't We Do It In The Road" by The Beatles was playing in my head the whole time.

I stopped in Tonopah, NV thinking I should have been in Vegas by now. I asked the lady making me a coffee "How far to Vegas."

"What, are they moving it further from me as I go?"

"They do that, yes," she answered.

So I filled up the tank, checked the oil (I finally am a quart low after 1100 miles), rechecked my map and hit the road again with a decent java parked between my legs (this car is pre cupholders).

I'll need to update all the info on social media to reflect that this is now a 2600-mile trip. You might have already noticed the cover art has been changed to reflect the current status.

Today I head to Phoenix to see my boys and possibly a couple of friends. I predict Mexican food and laughs in my near future. 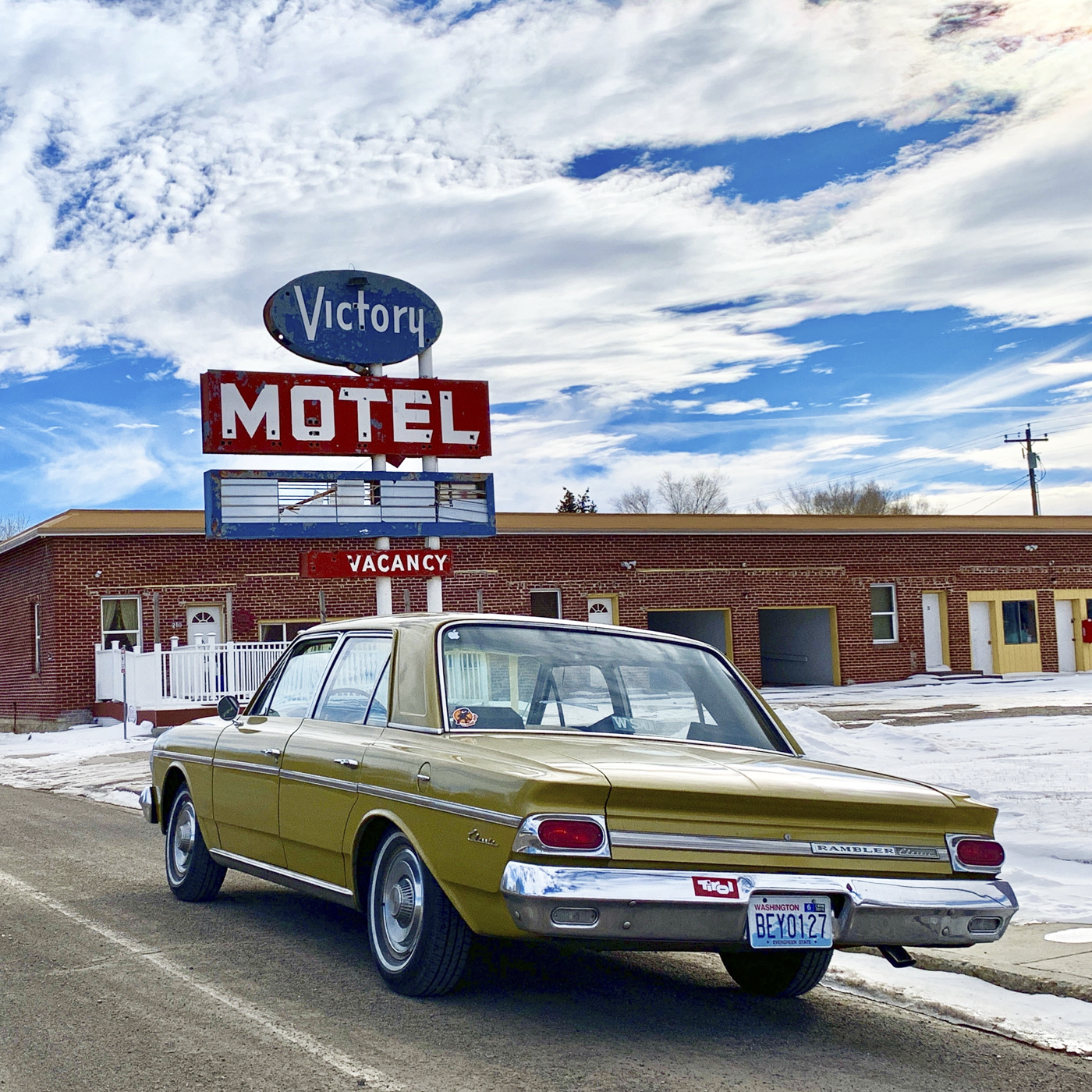 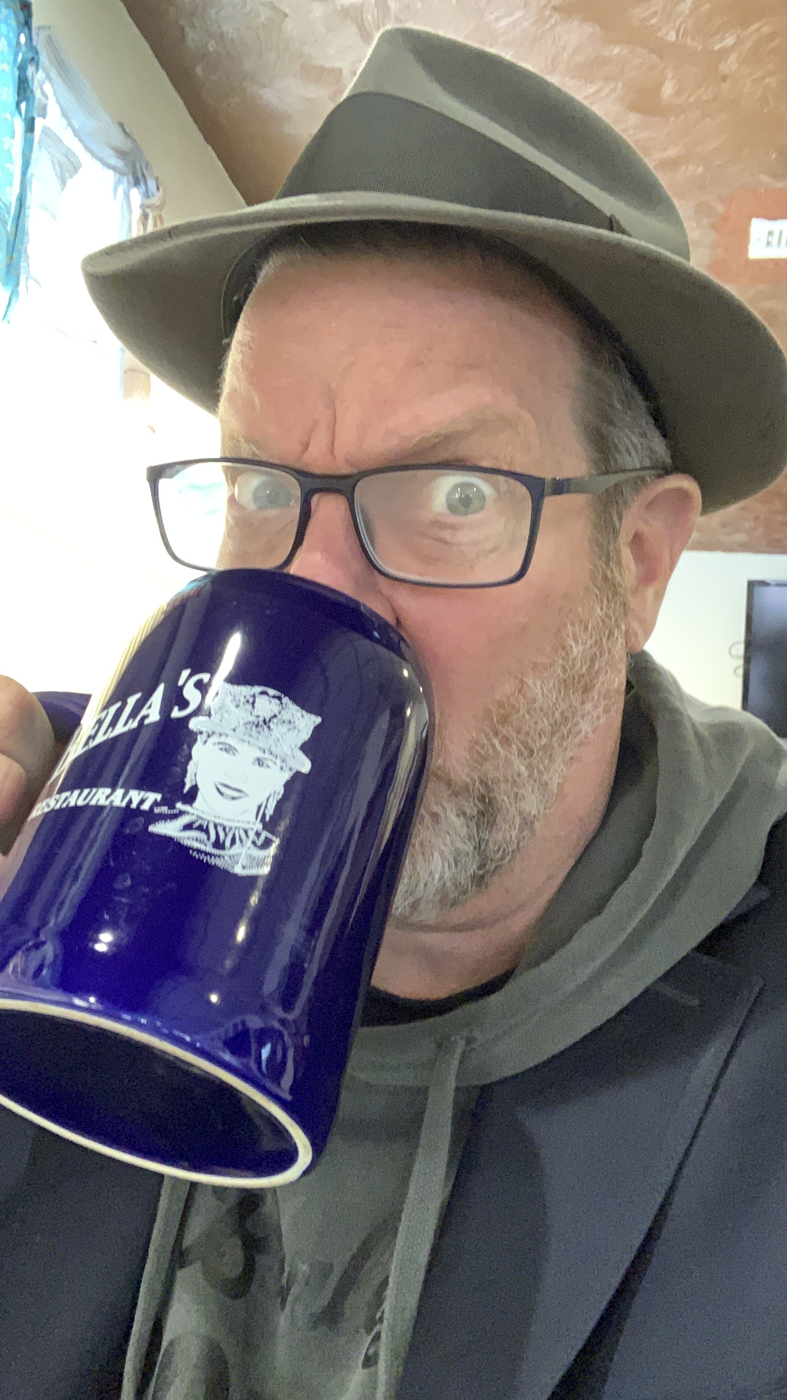 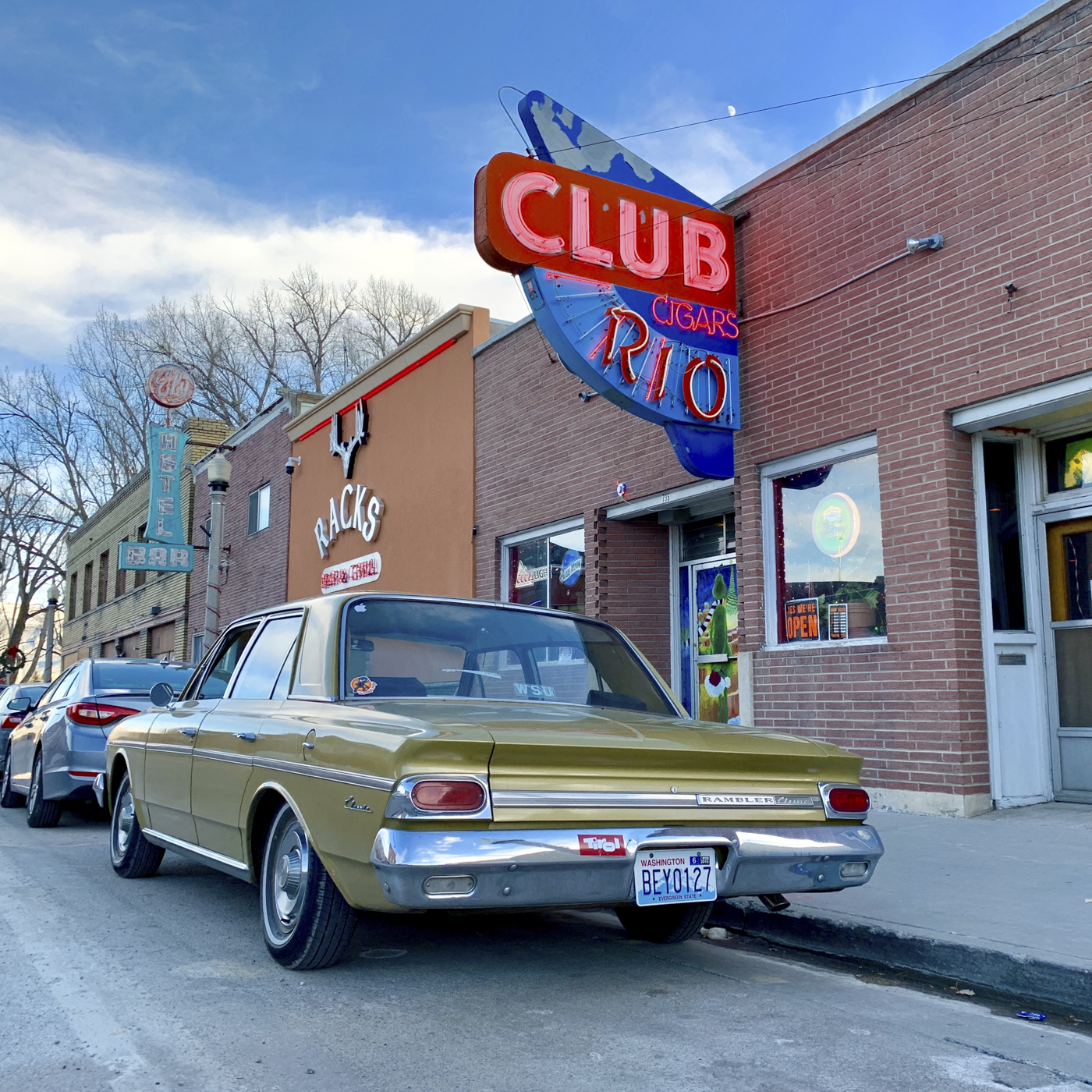 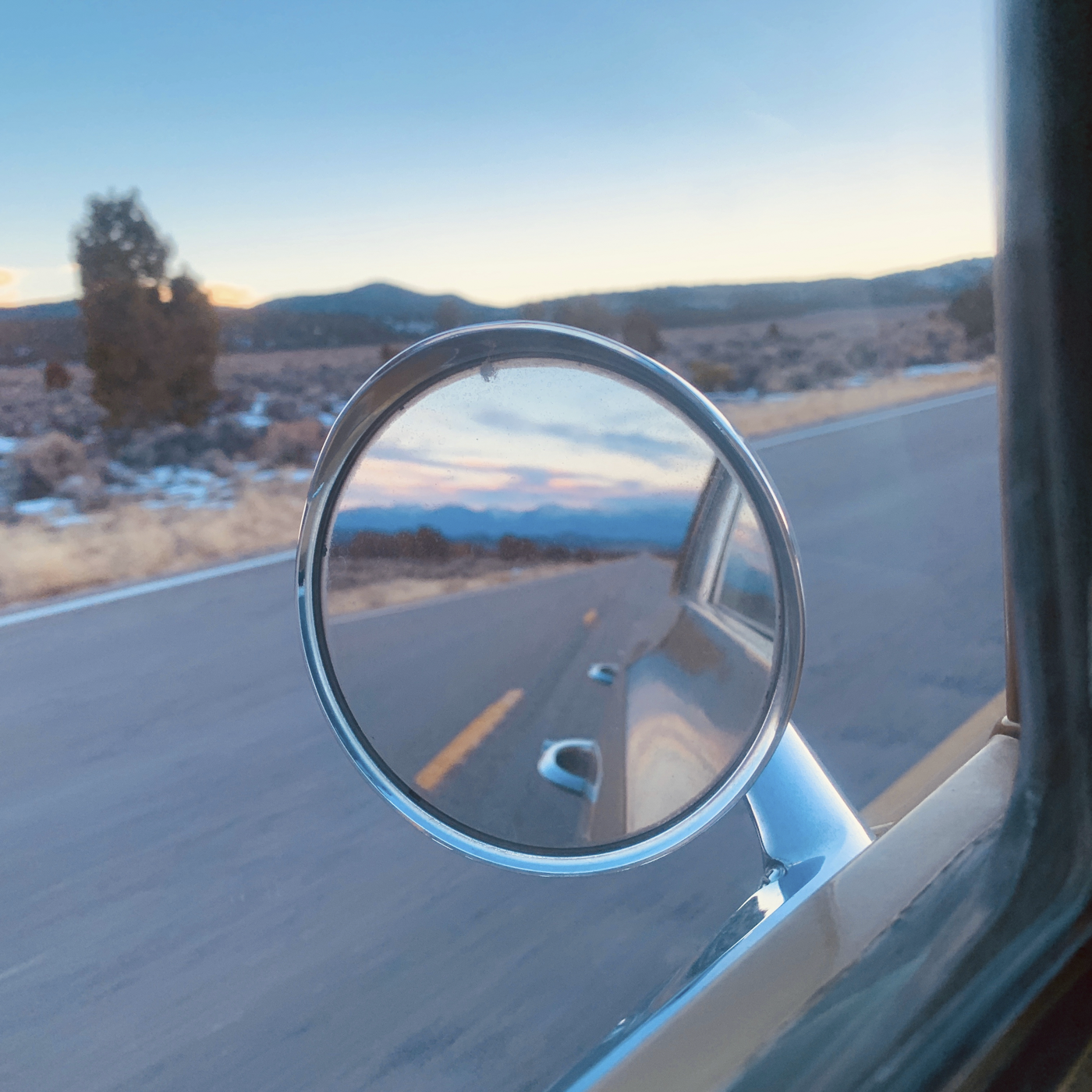 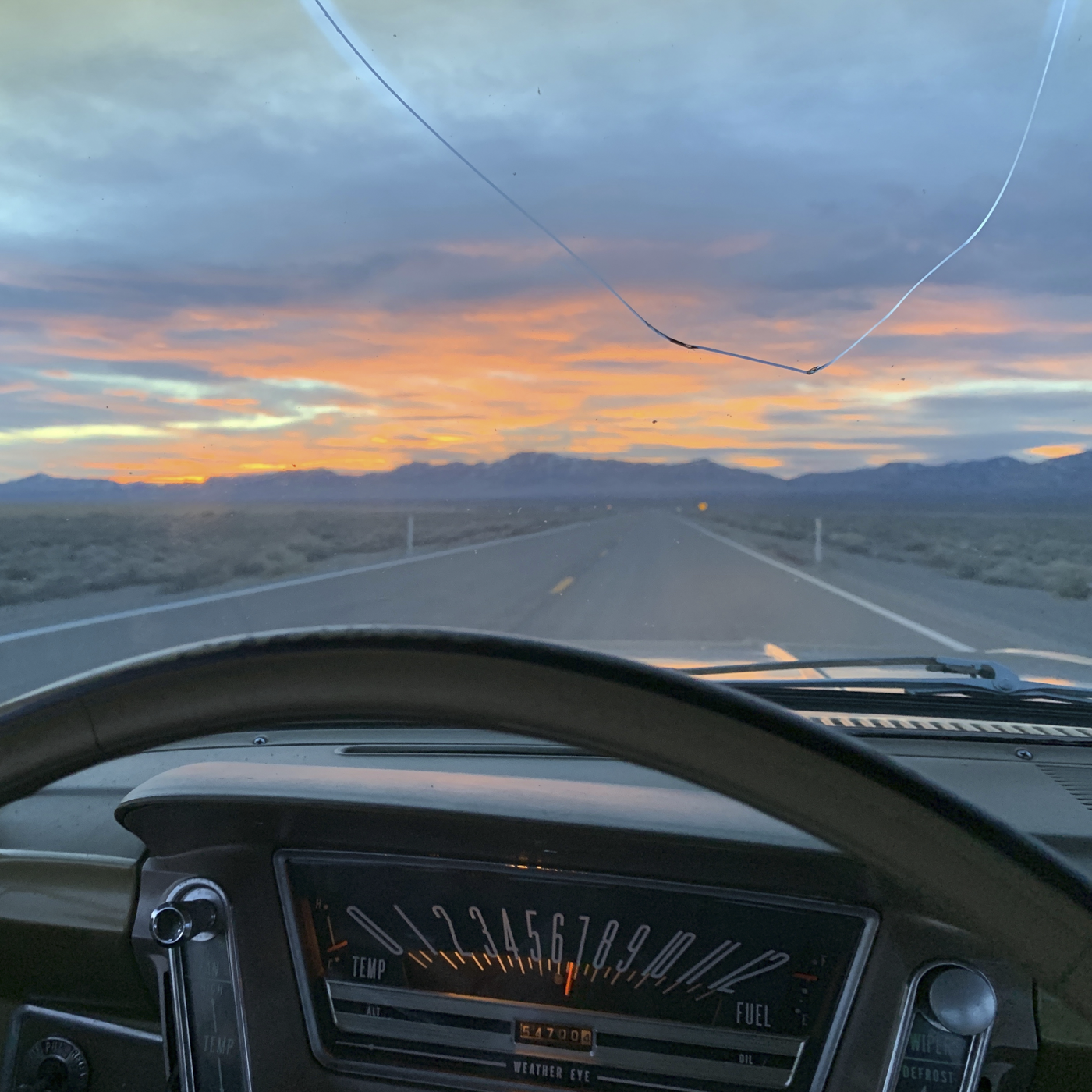 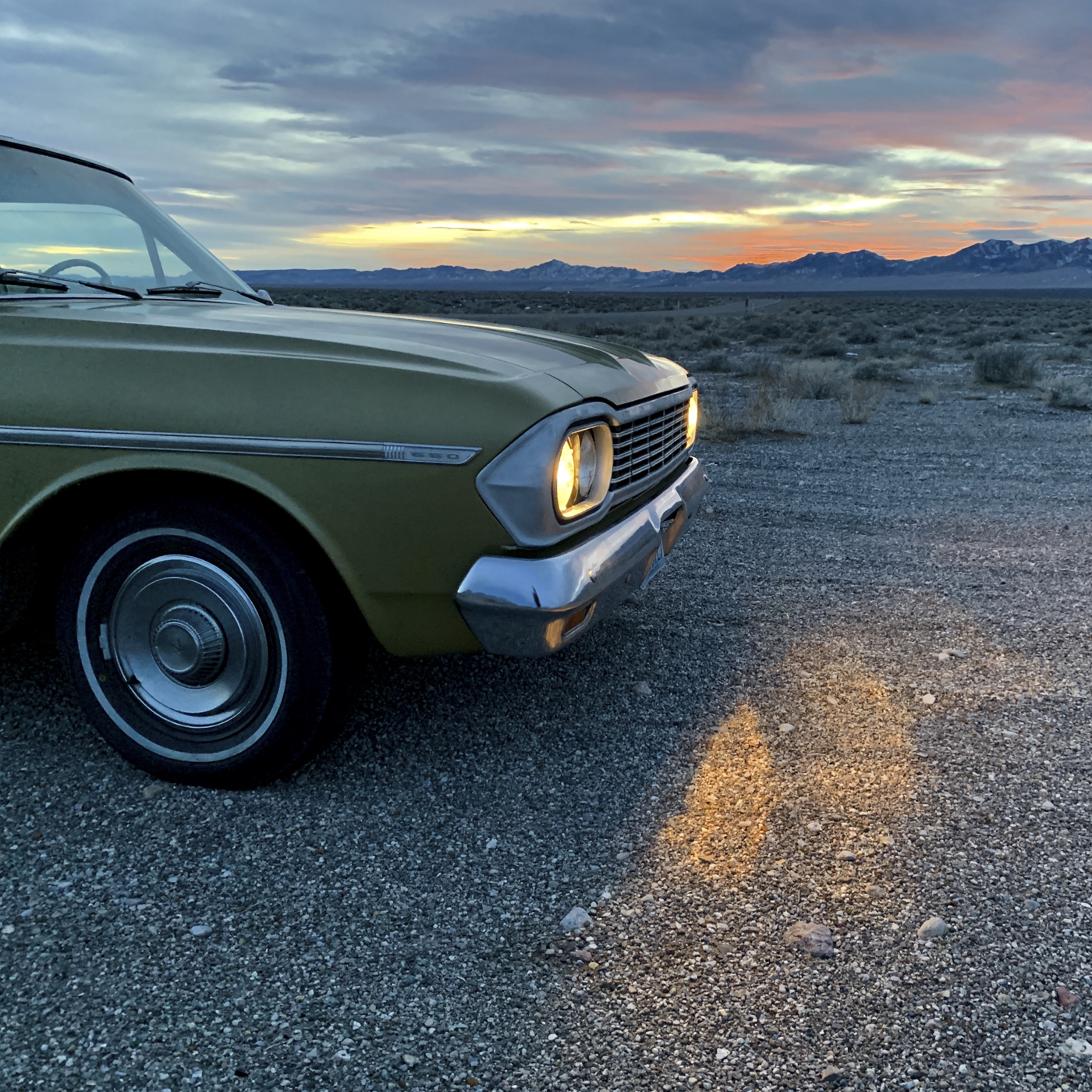 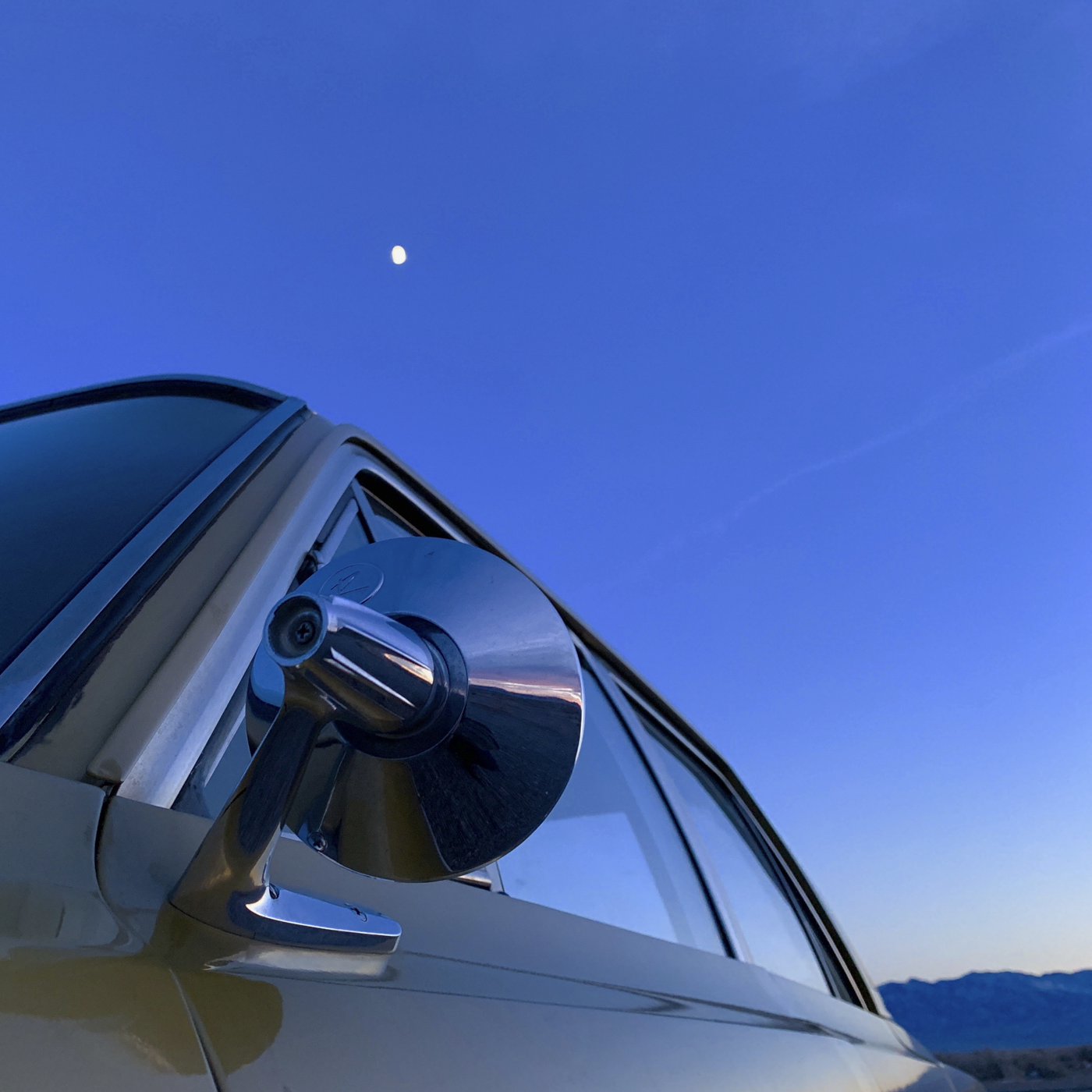 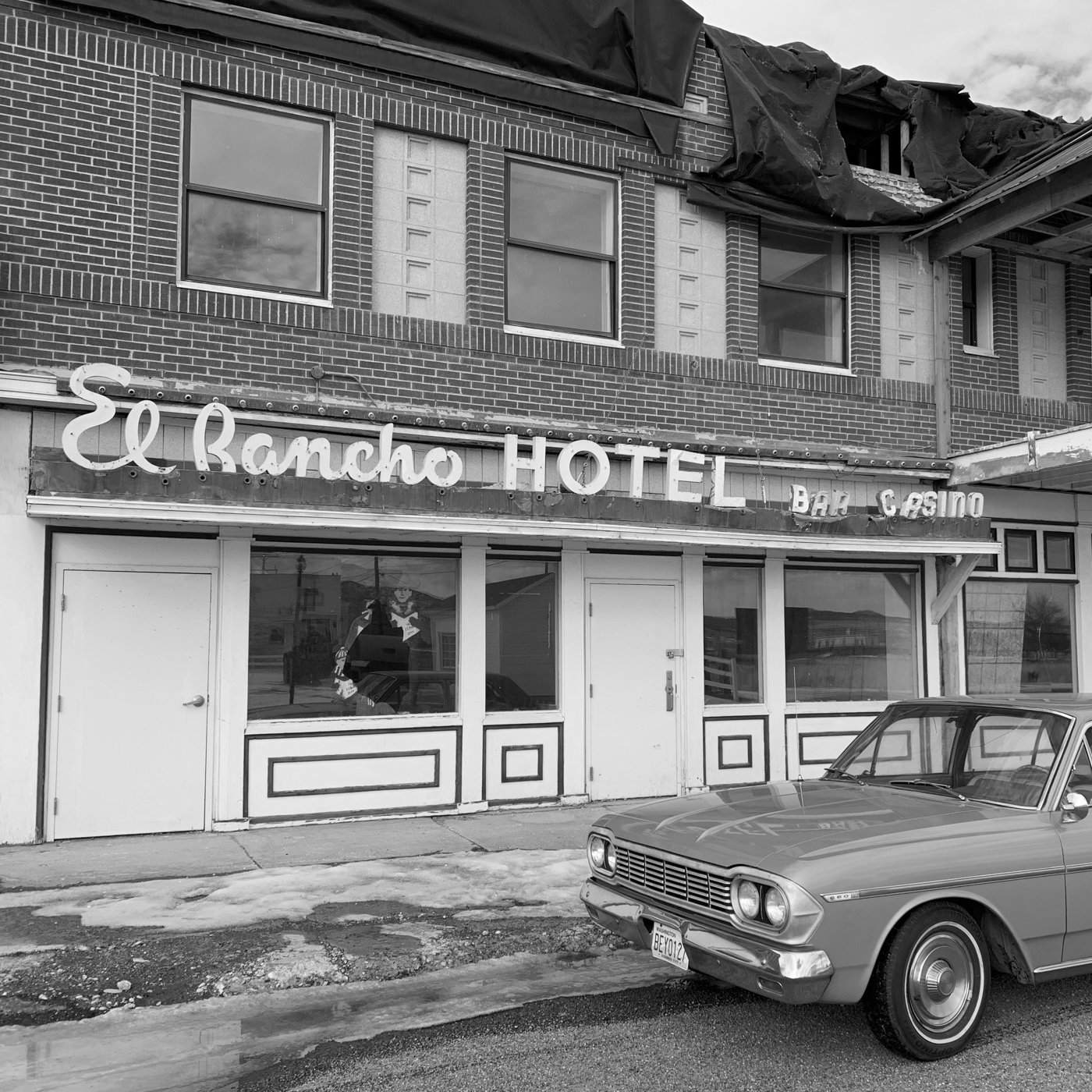 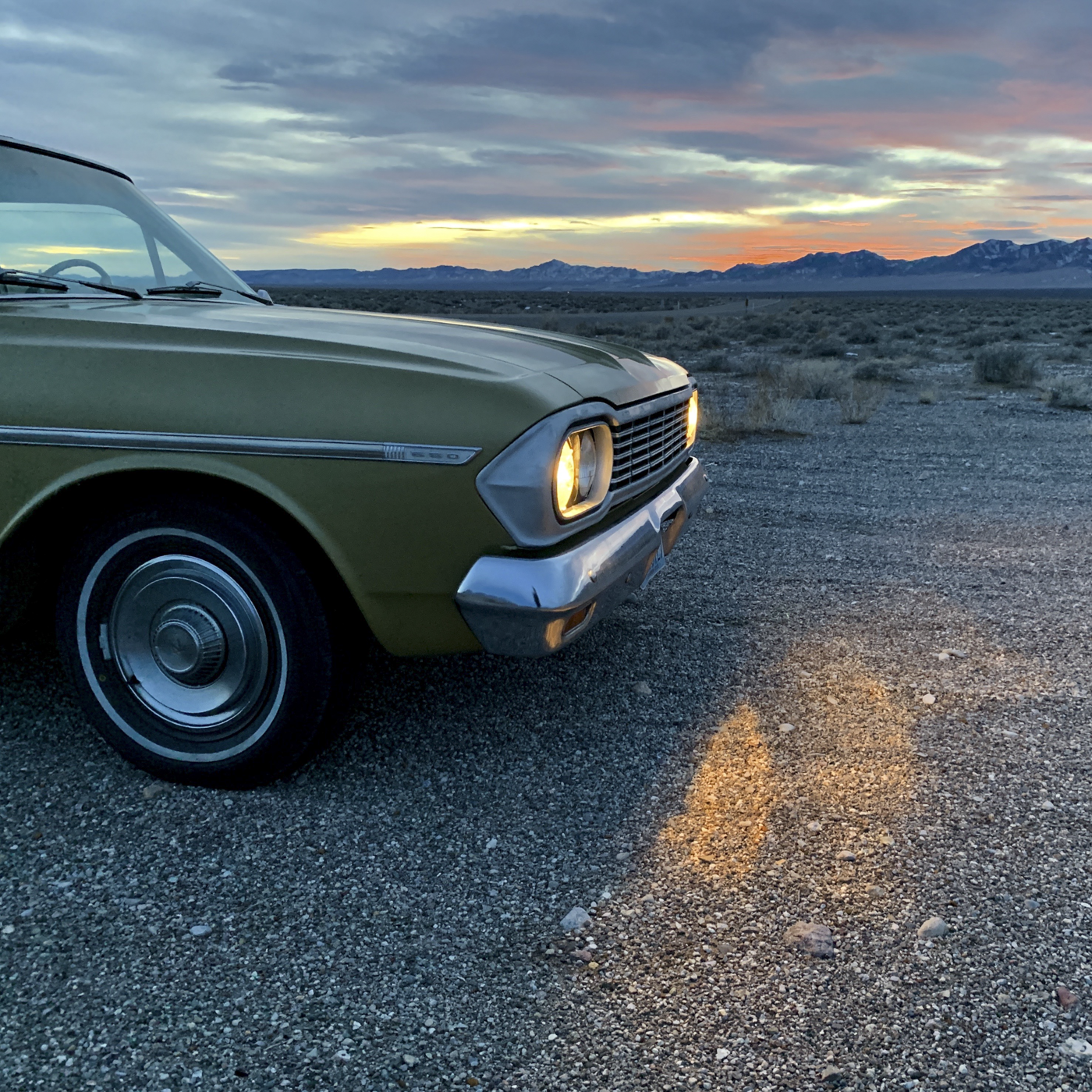 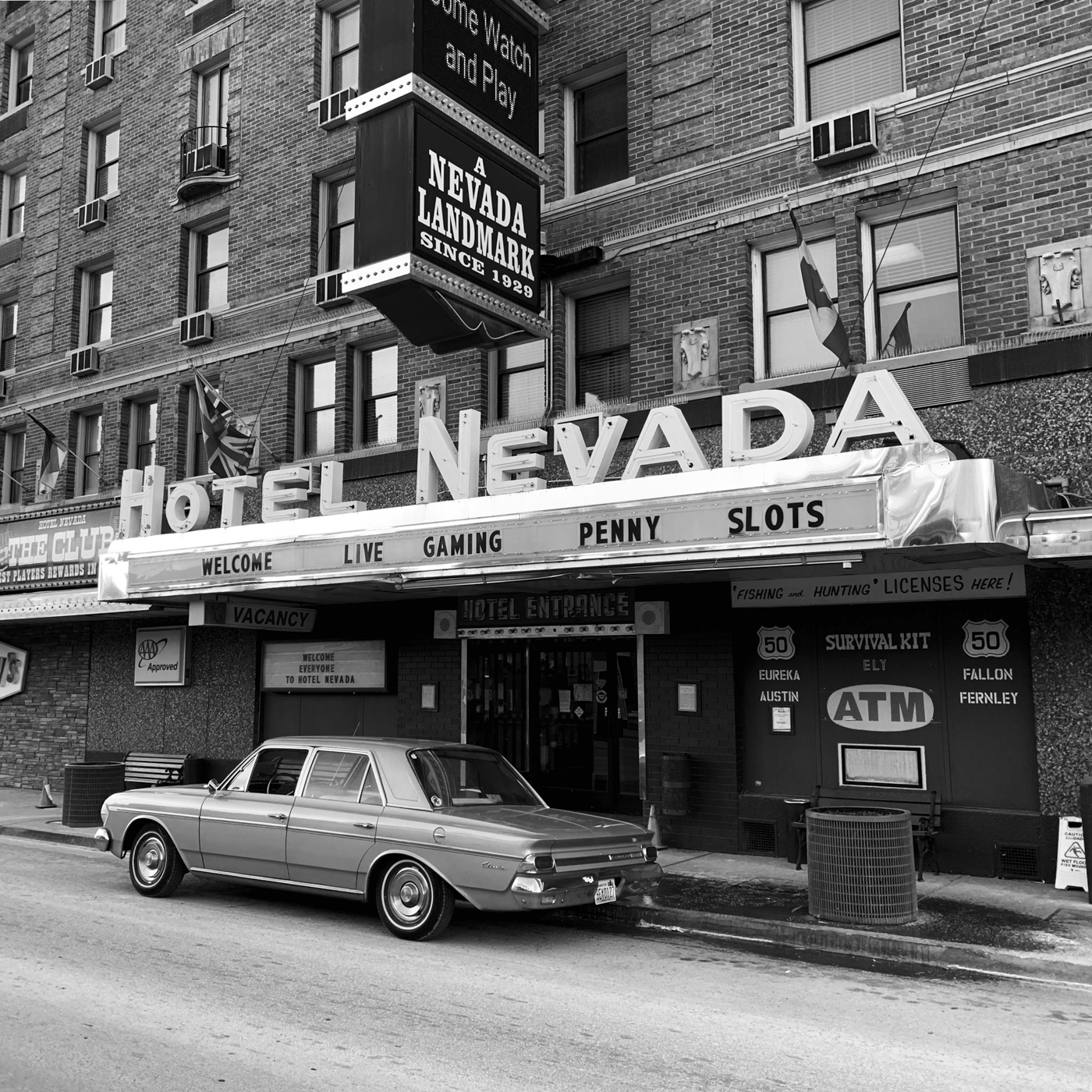 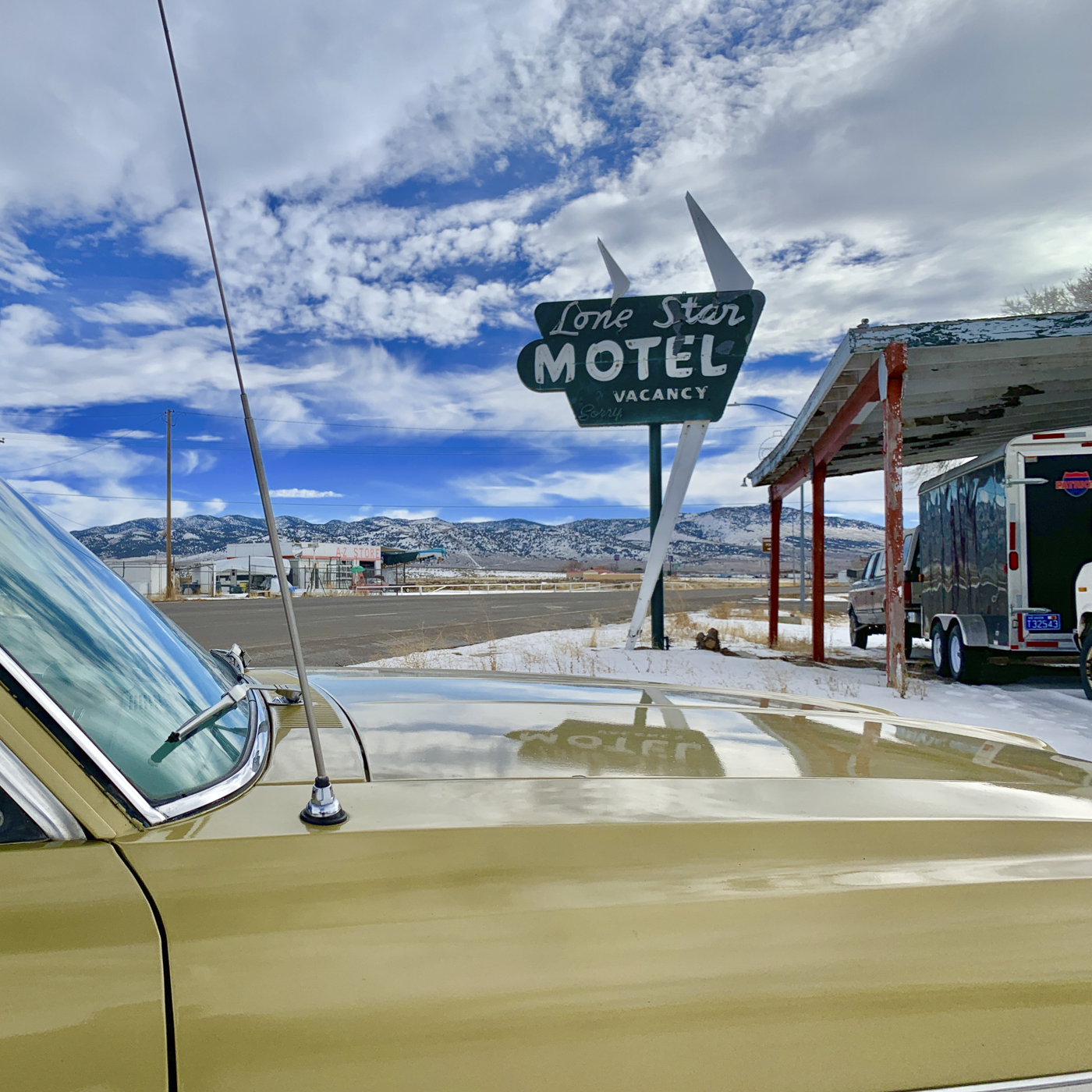 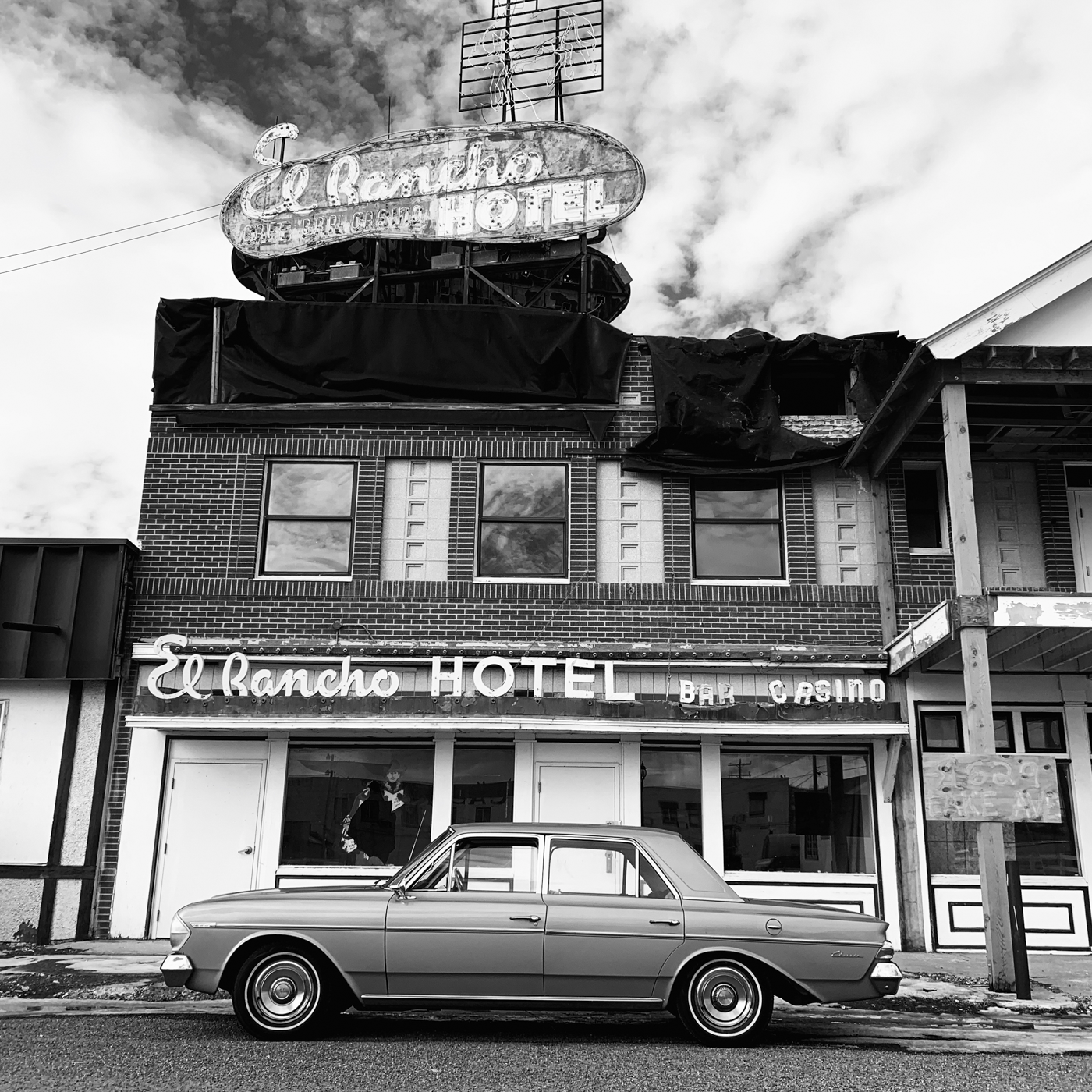 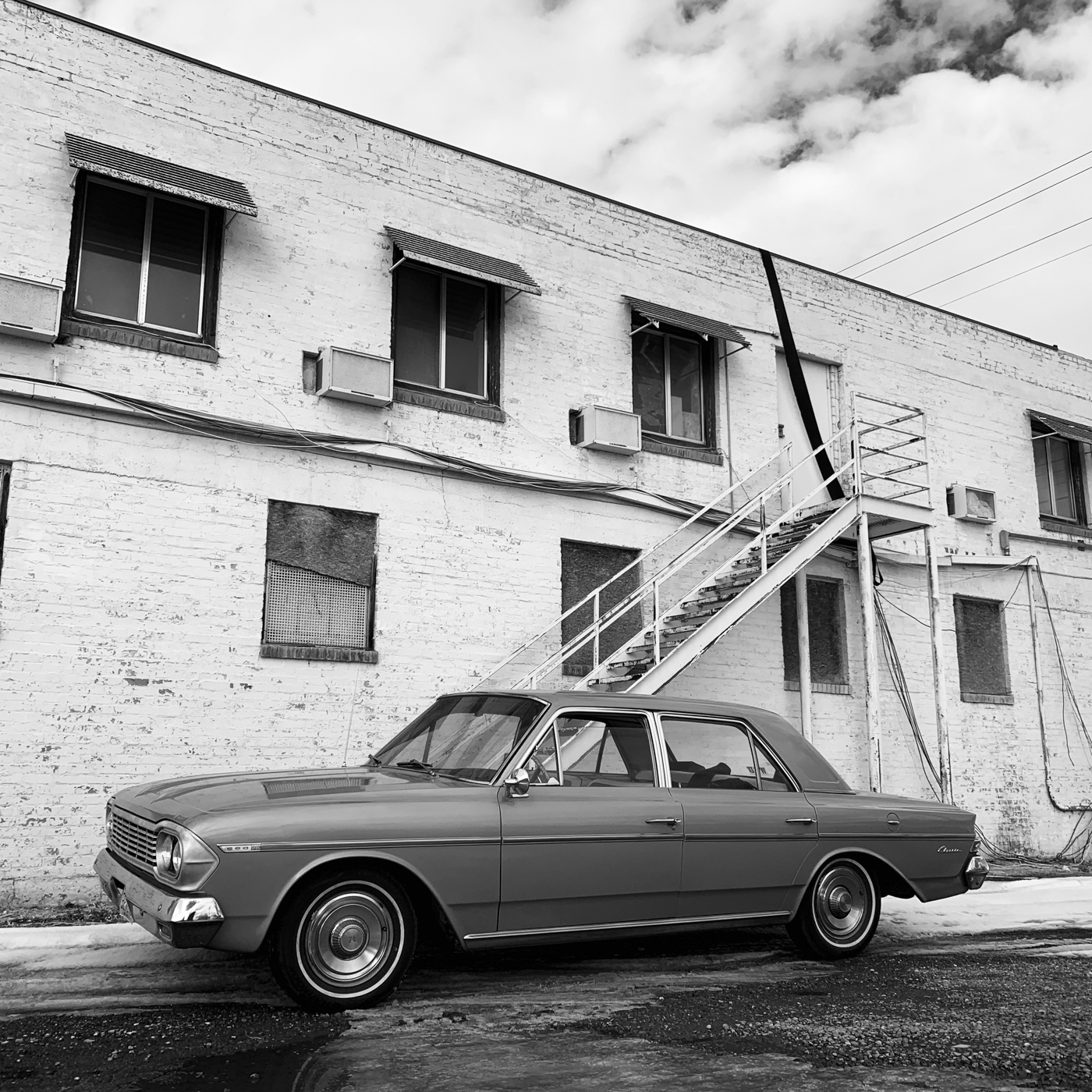 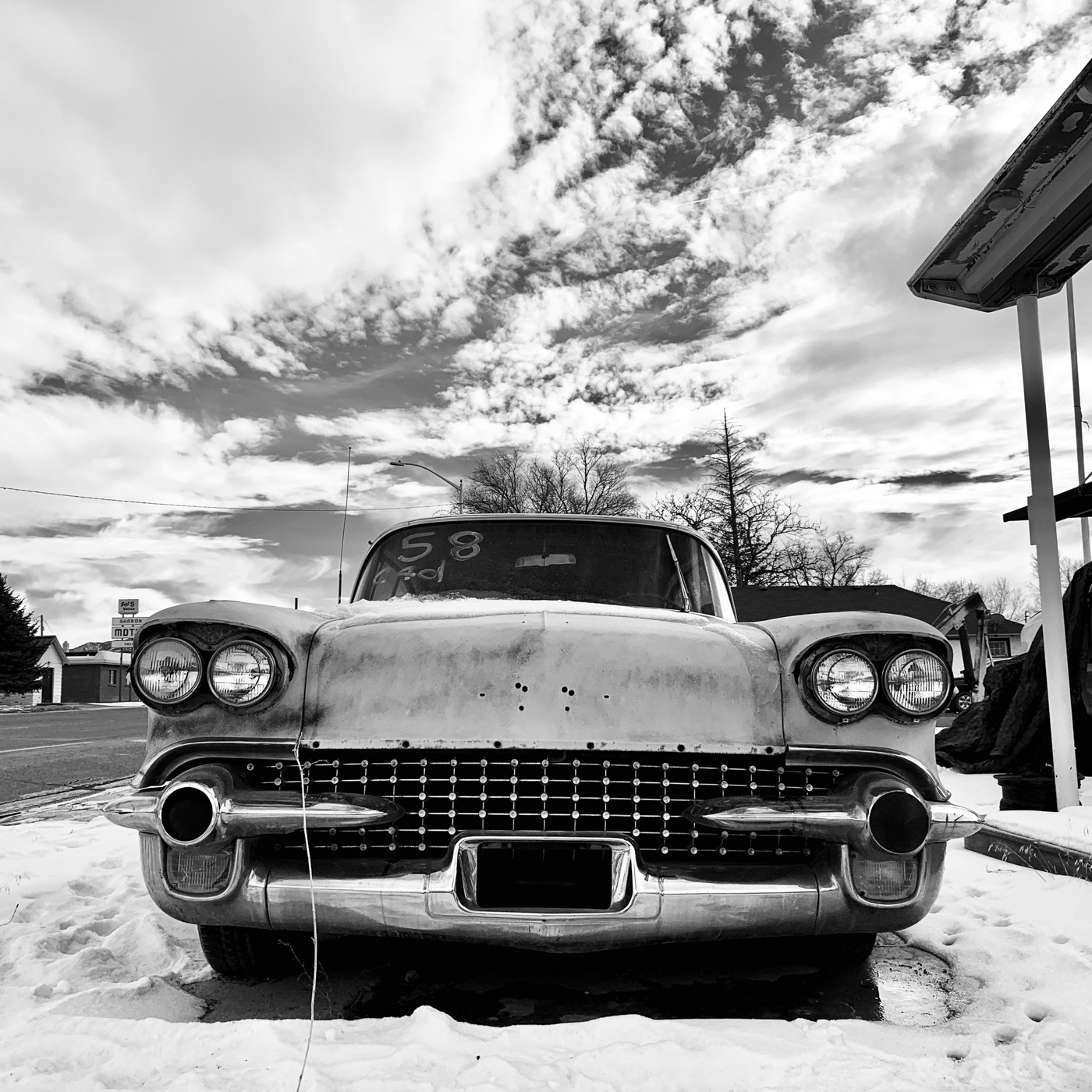 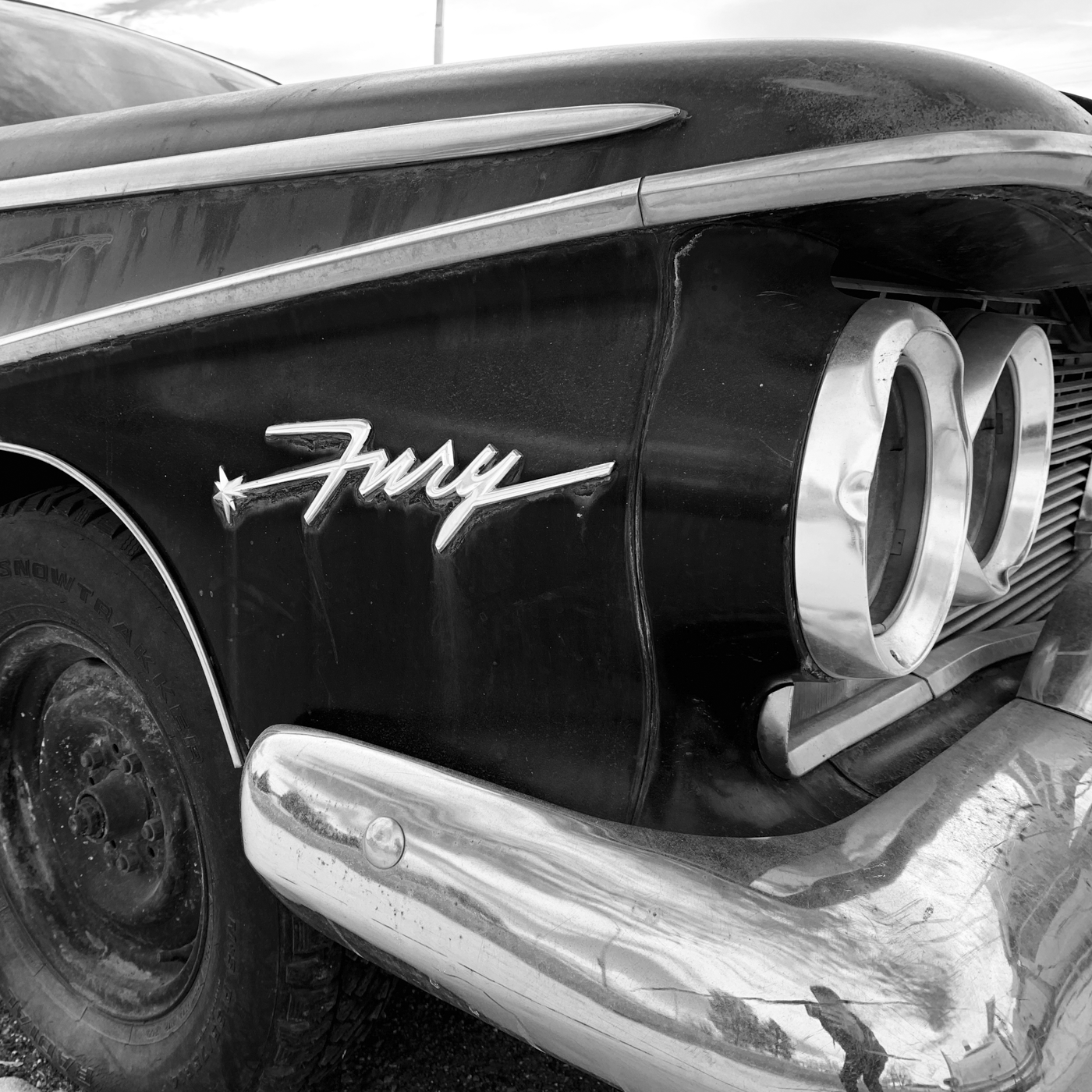 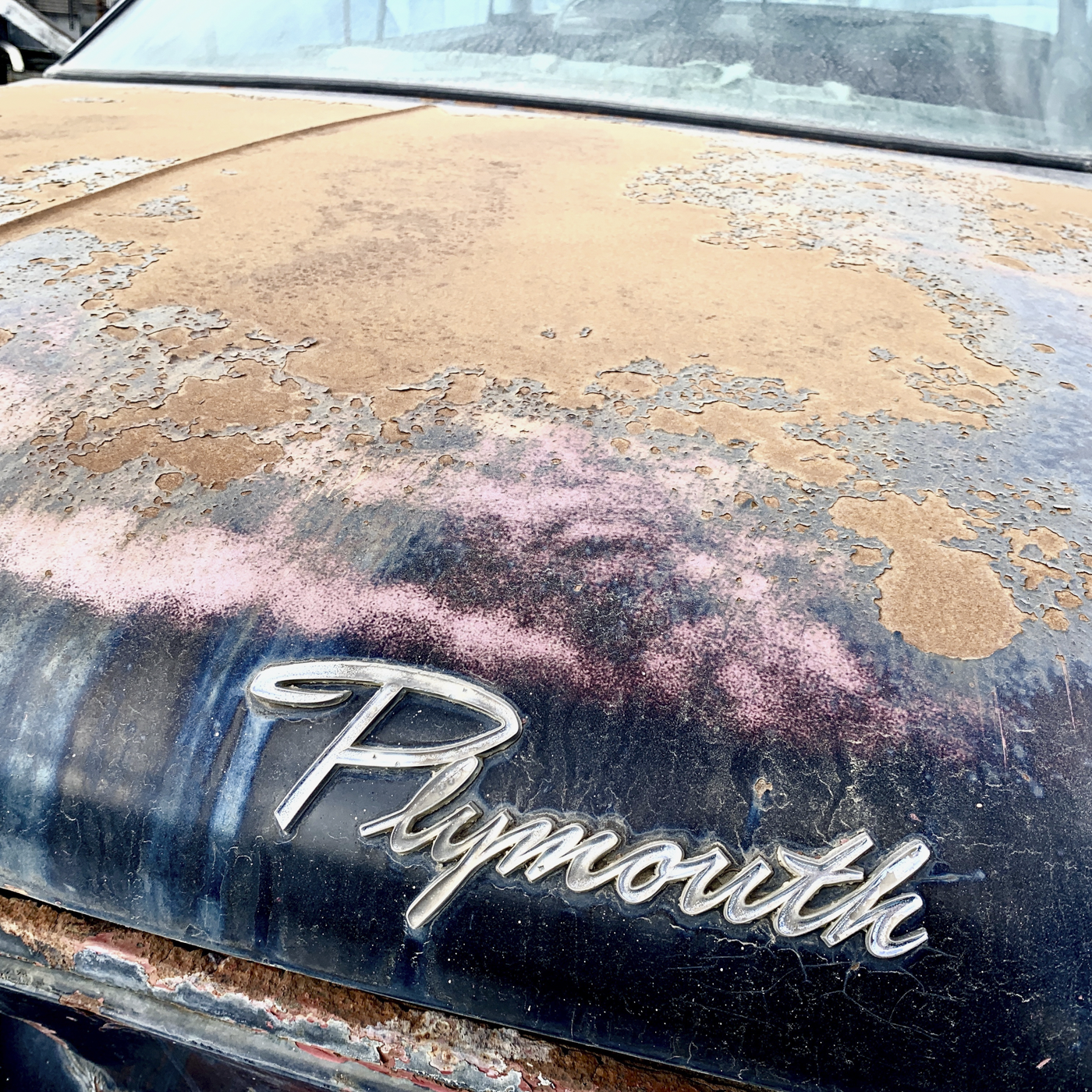 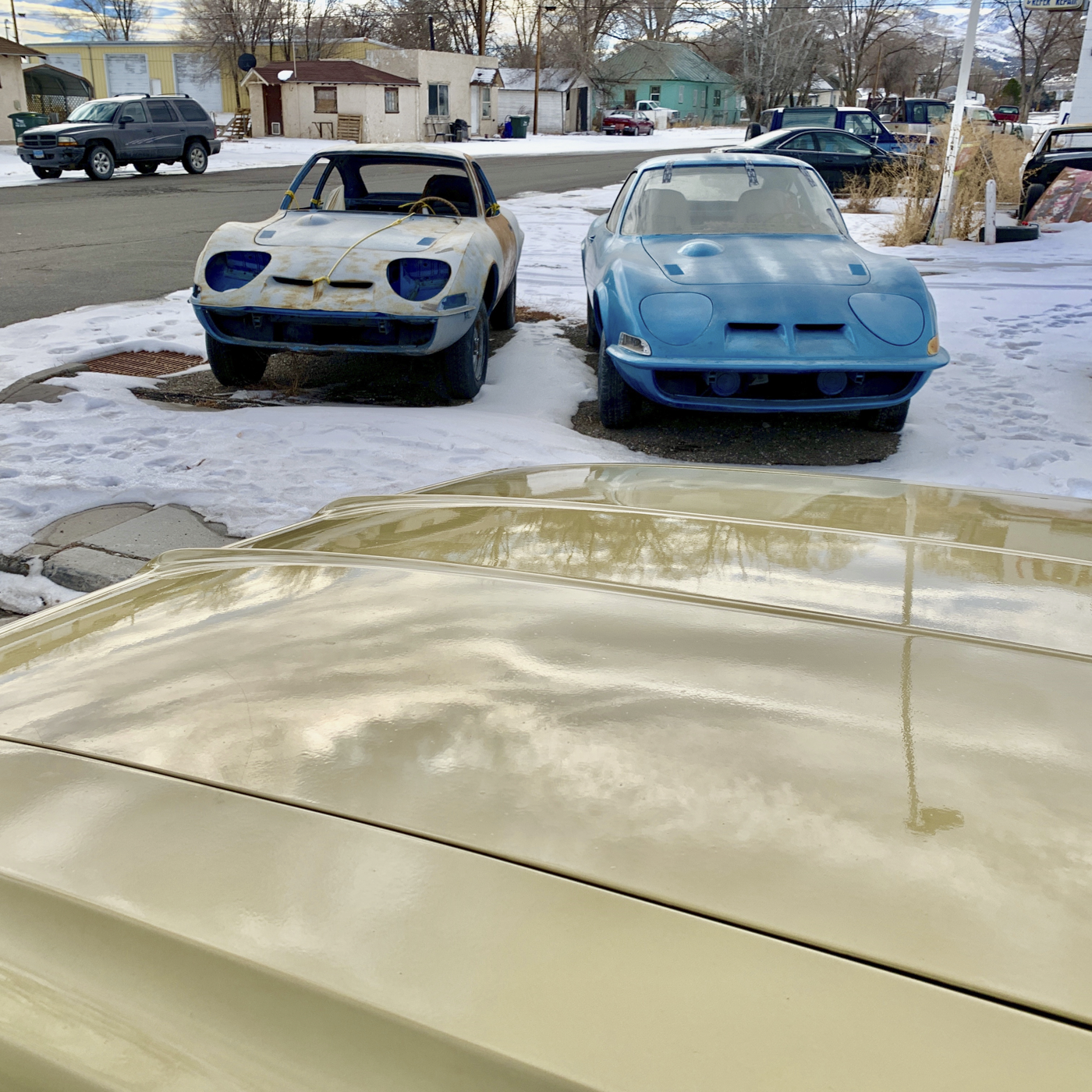 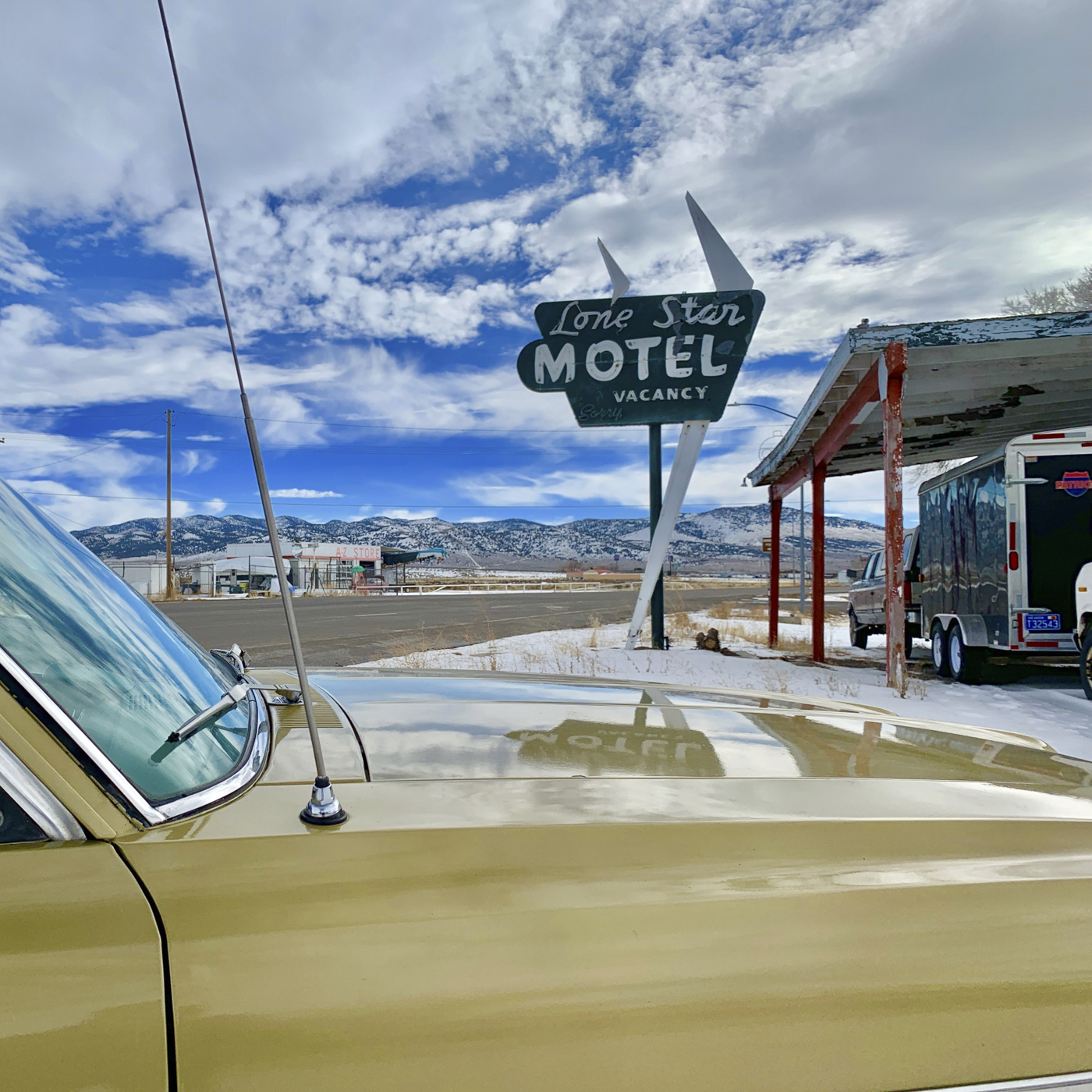 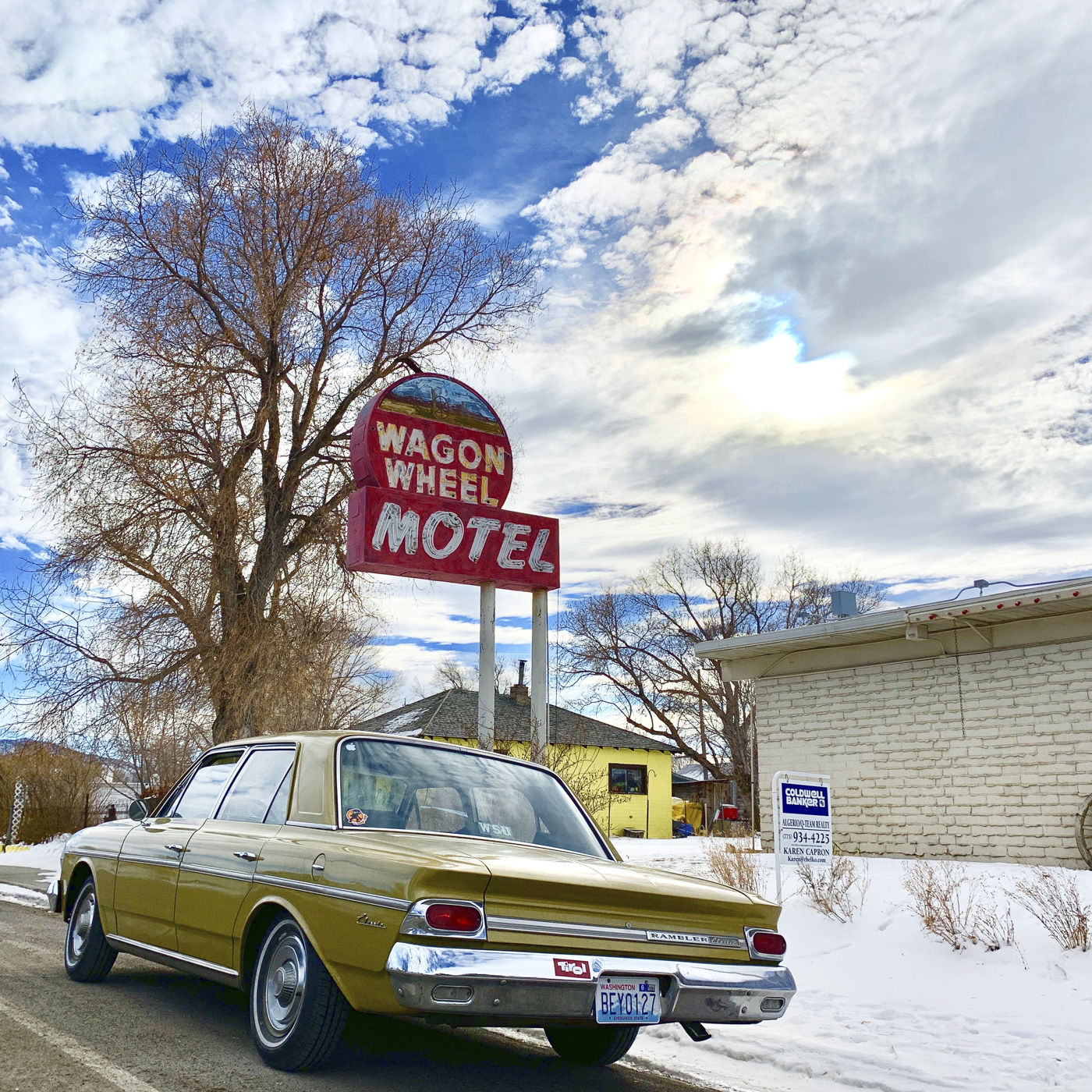 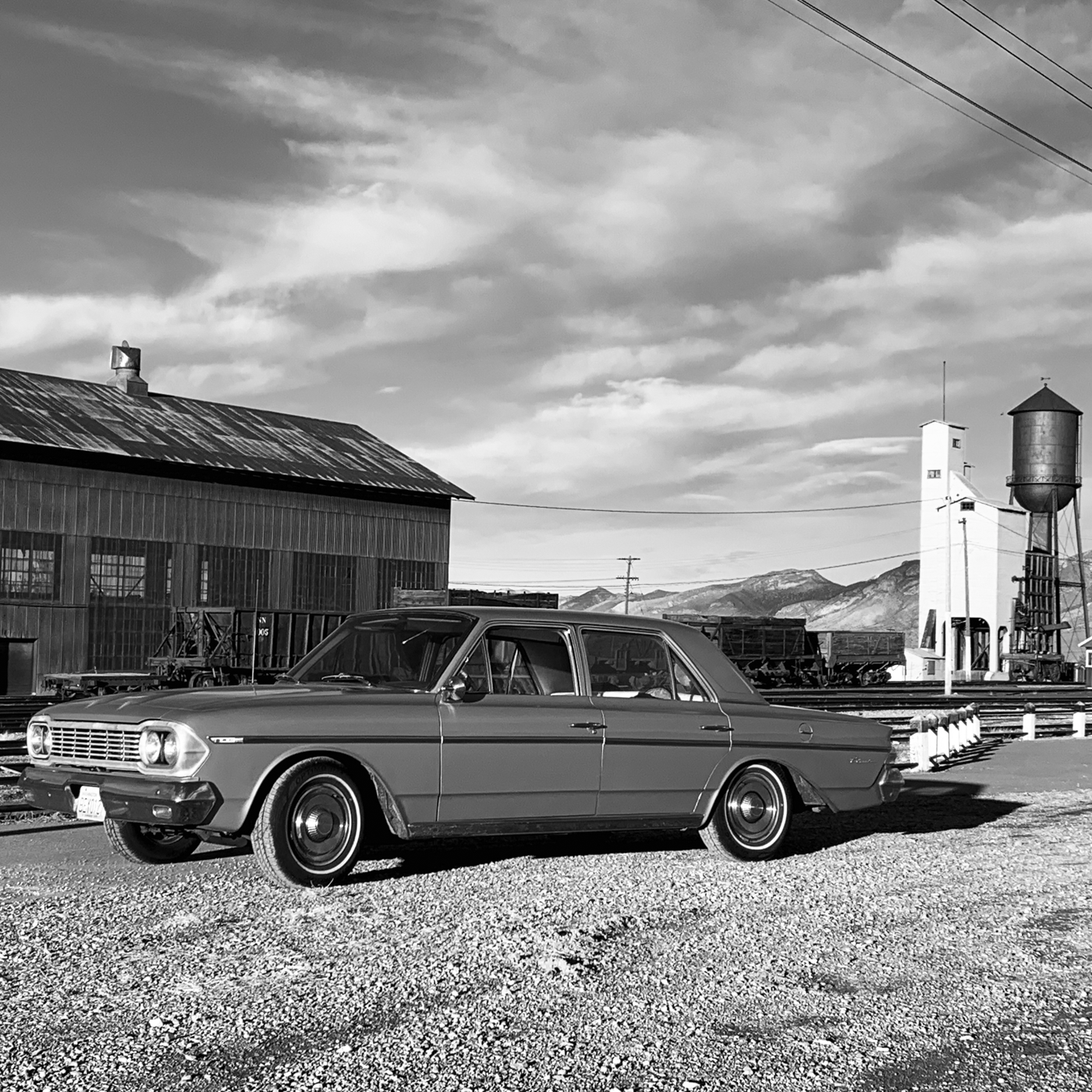 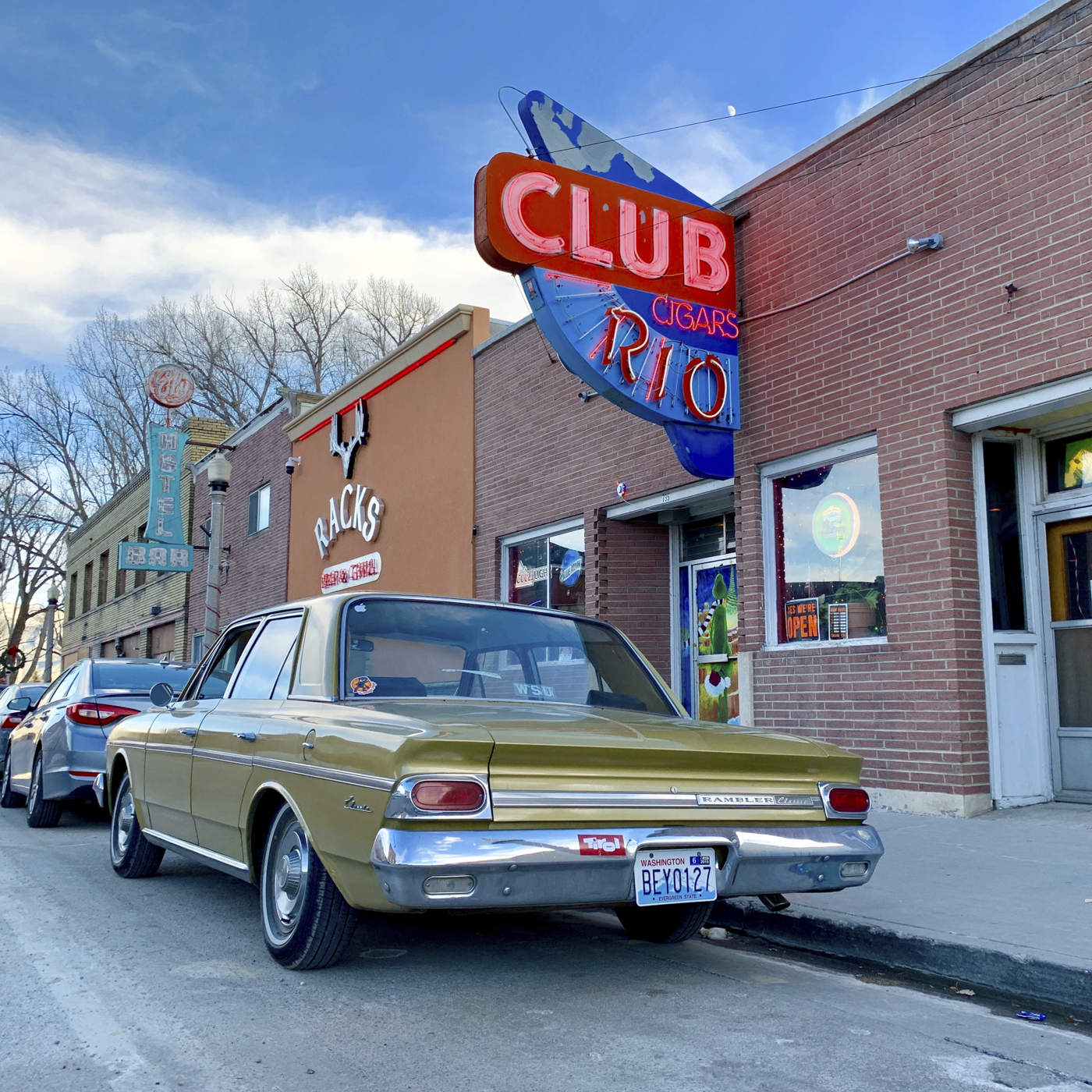 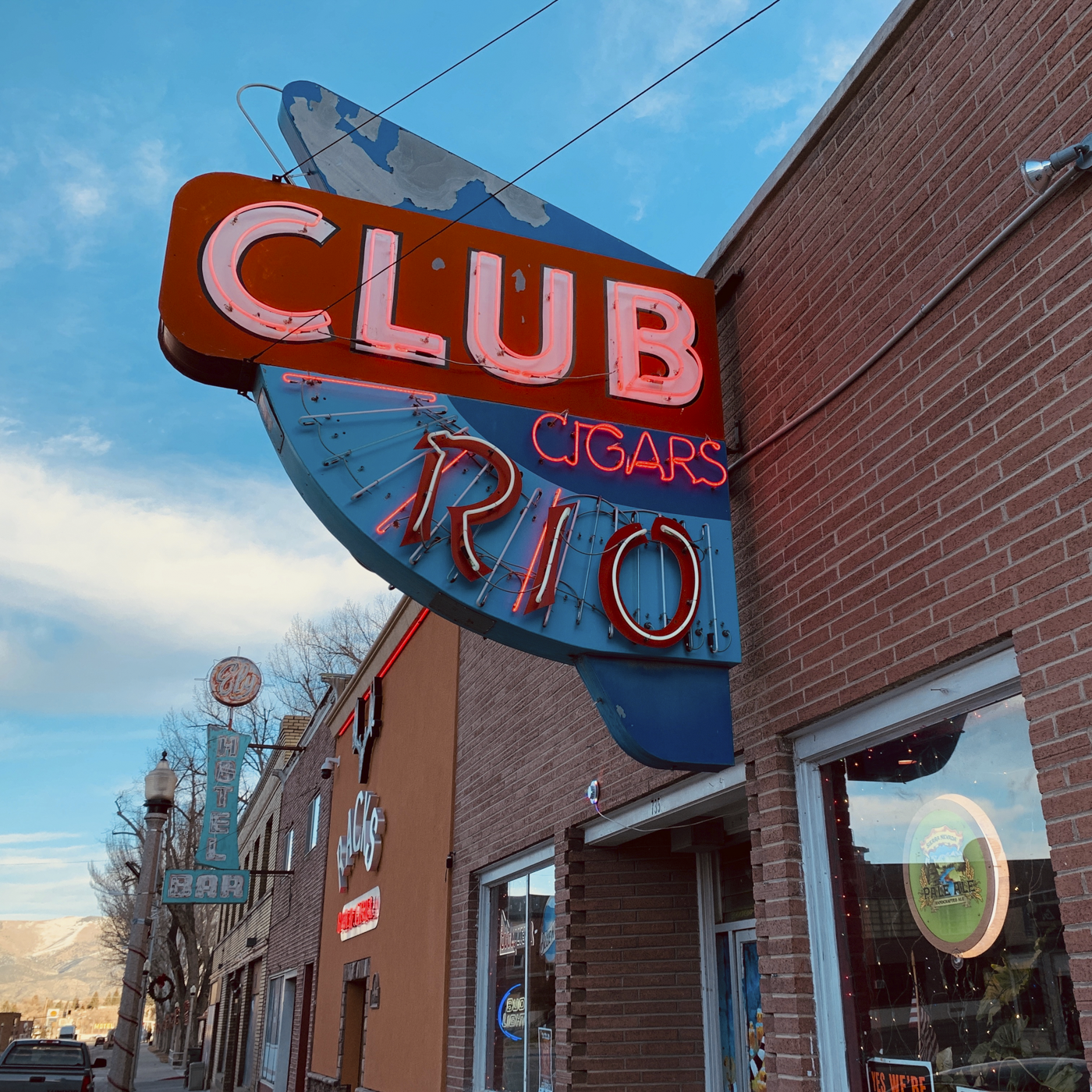 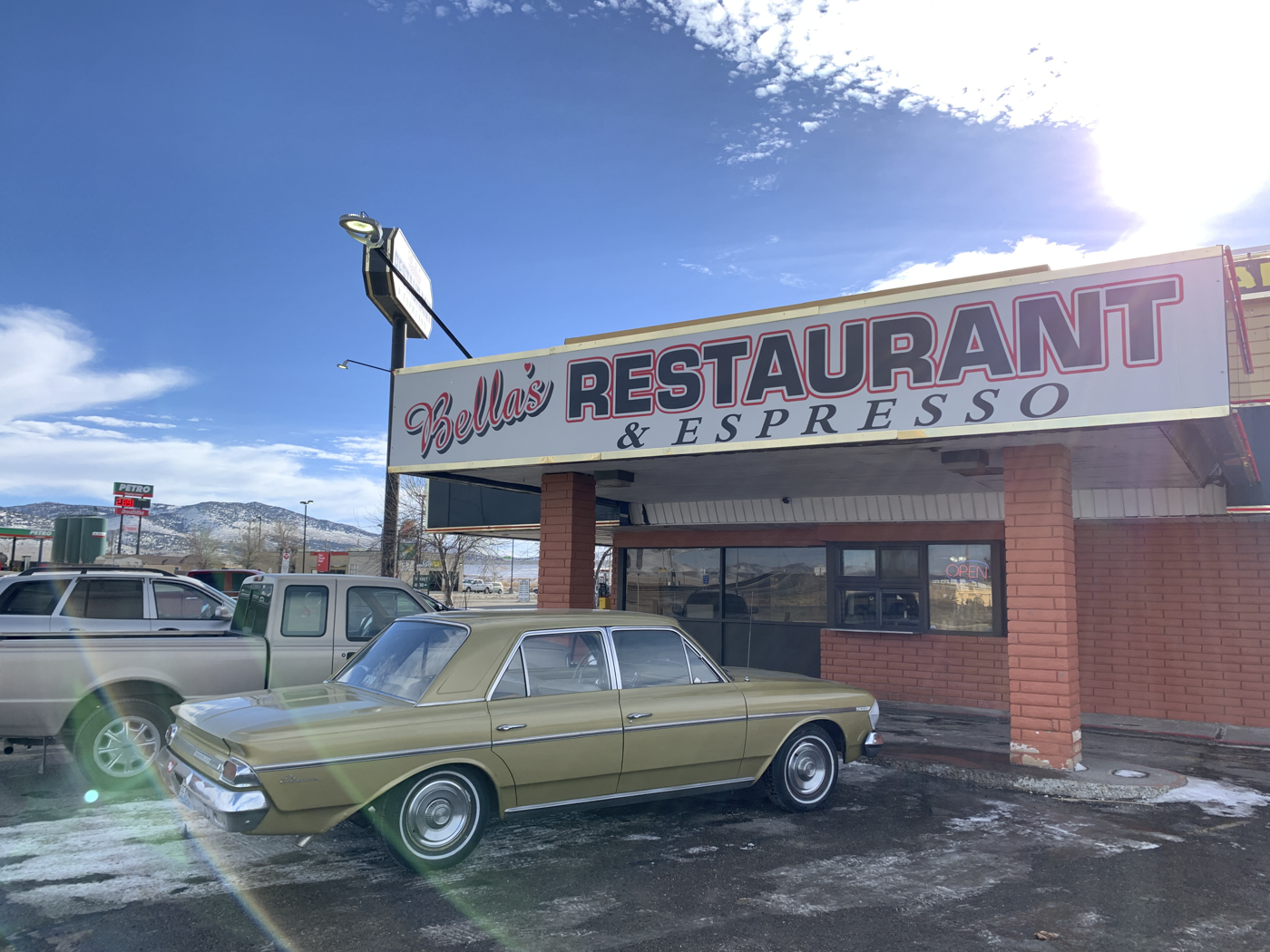 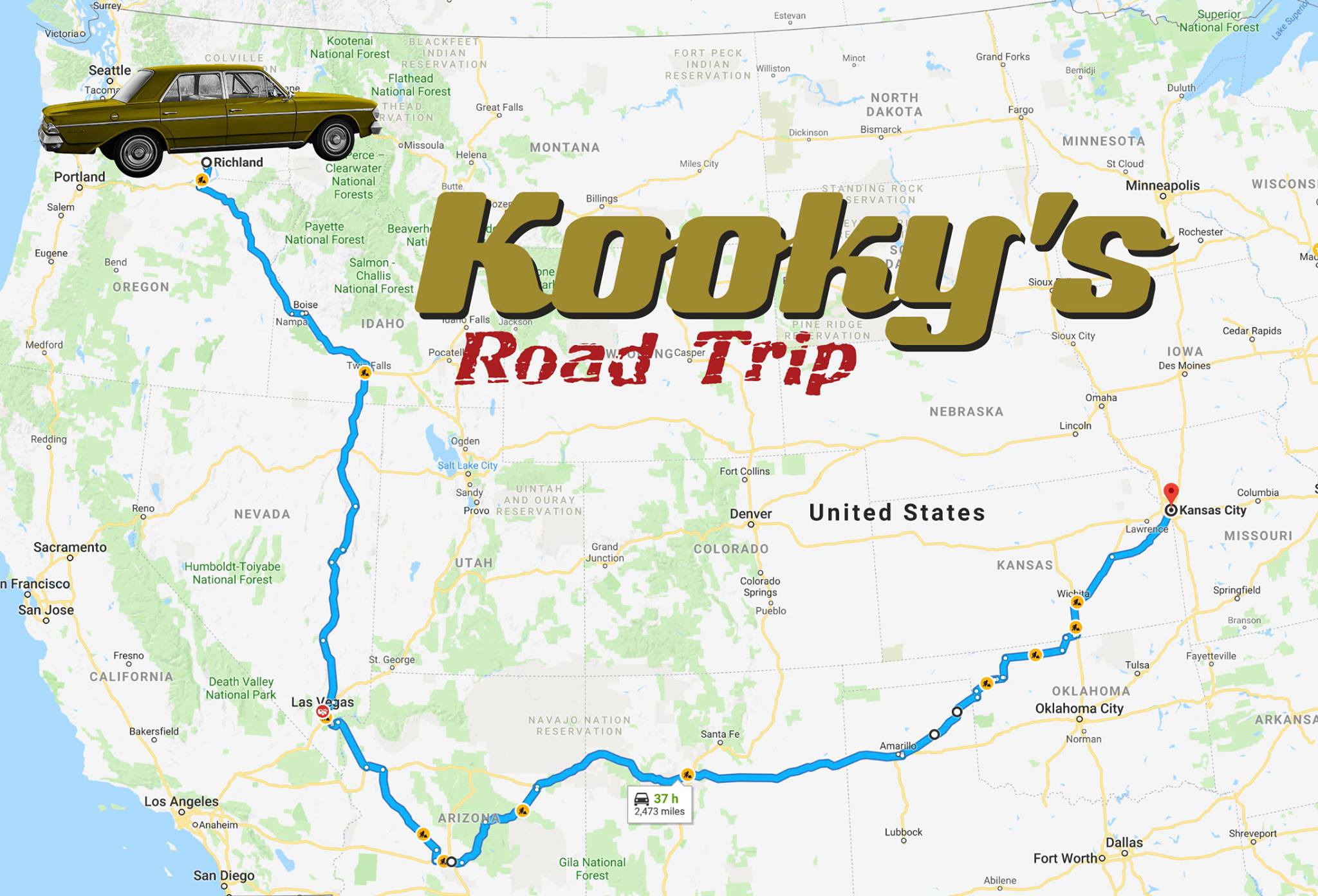 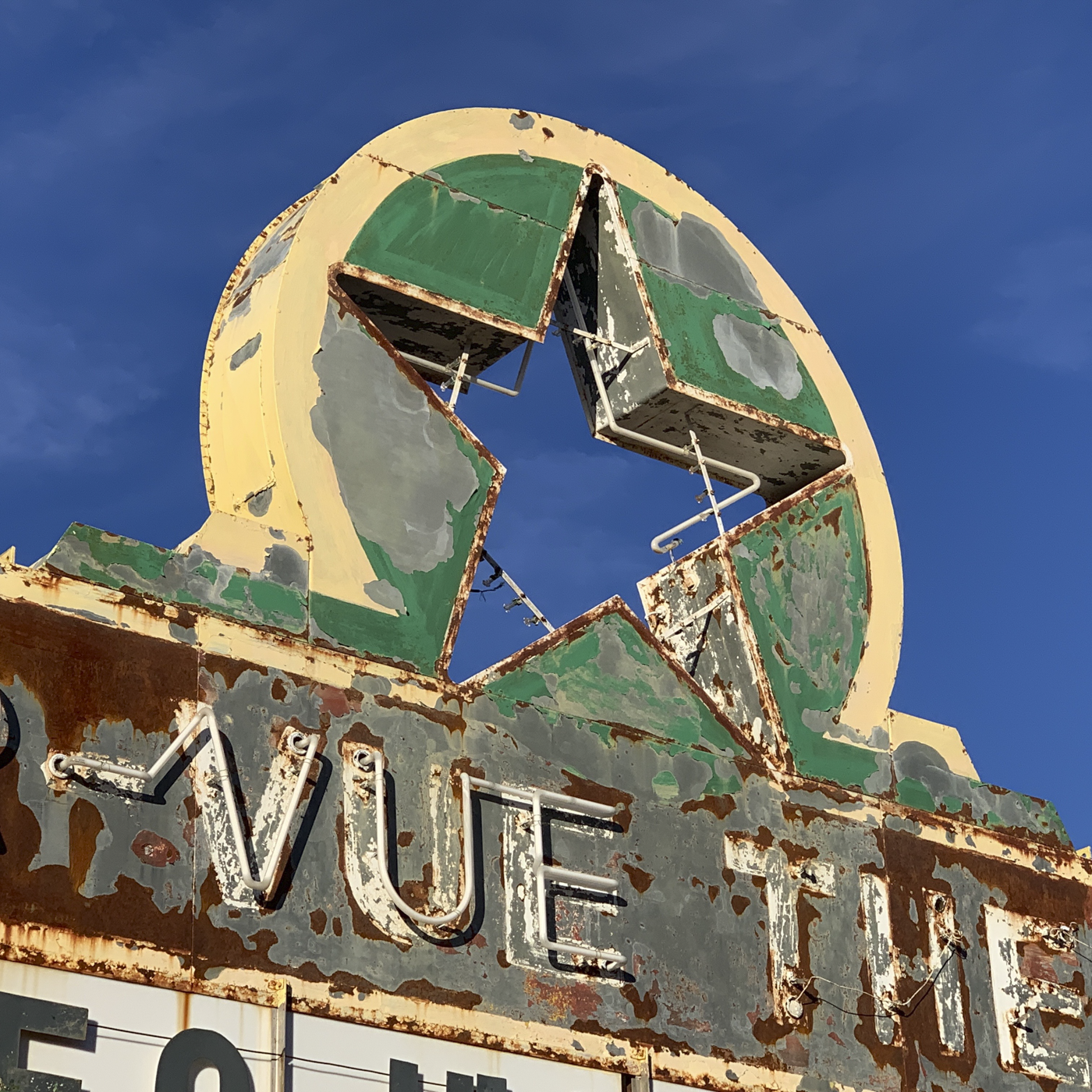 All That For a Cup of Joe?

Day Seven: I needed a cup of Joe to keep me homeward bound. I stopped in this tiny town and am at the only place in town, having good coffee and talking with the old timers. I love this stuff. 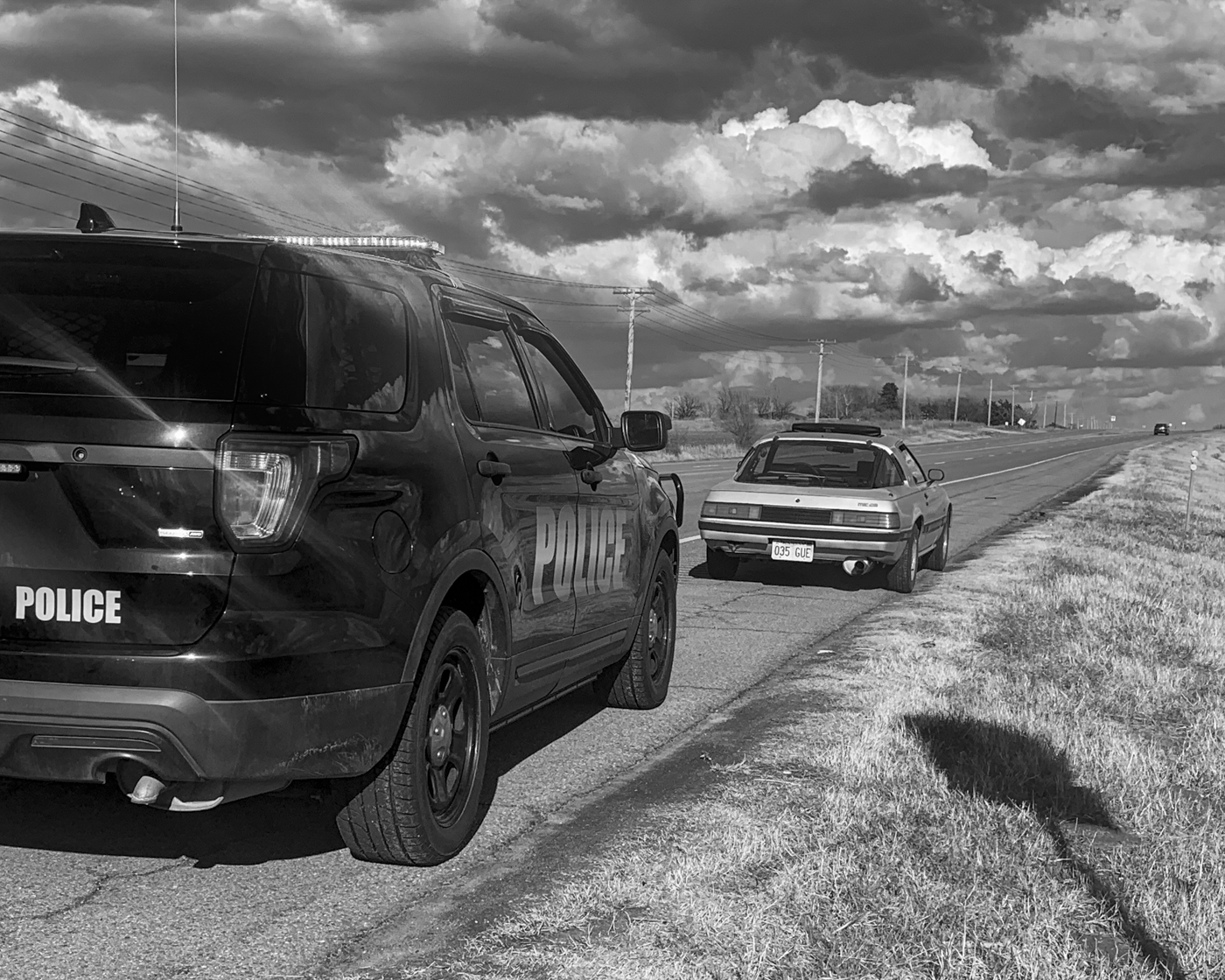 I got pulled over today. After a fun morning teaching Adobe Photoshop, InDesign, and Bridge at he Panhandle Press Association convention in Amarillo,Texas I was home bound. Heading over to Oklahoma City on I-40 then north on I-35 was the quickest route, but who wants that when one can take the back roads and see abandoned airports and rural America?