I was at the finish line of the Bobbahn in Igls, Austria on the mountain outside of Innsbruck, camera in hand, ready to take some pics of his first training run as the brakeman with a new pilot in the two-man bobsled.

I was watching the screen across the way that showed his start. He, and his pilot, Markus Kaiser, had a decent time, for a newbie. I saw their split time and they were going pretty well.

Then I saw the crash.

Turo Viers has crashed before, and he's sent me videos and pics, but this is the first time I've actually watched it. When he crashed last week as the Pilot Car in the World Cup, I was at the top and didn't see it. I found out after, and ran down the mountain to see that he was okay.

Today was different. I watched them crash in curve ten and slide, sideways, on video down to the finish.

I knew there was nothing I could do, so I lifted my camera to my eye, positioned it for the finish, and waited as I heard the bobsleigh grinding along the ice closer and closer, just hoping they were safe.

They were on their side as the came out from under the canvas covers that keep the sun from melting the ice in the final curve and I watched through the viewfinder as the top of the bob banged the wall, forcing their heads down into the sleigh.

I started to run down the stairs to go up to where the finish is, to see that he was okay, but they didn't stop...for long. I could hear them starting to slide down the ice the other direction, back to the finish.

Gravity can be a bitch sometimes.

I ran back up the stairs to watch, through my viewfinder, as they slid back down into the final curve, snapping pics the whole time.

Once again, I headed down the stairs and along the path to where I could hear their bob was finally slowing to a halt.

I stopped worrying about their safety when I heard them laughing and whooping.

"'Turo, tell me you're okay" I yelled as I got close to them.

I could see through a small opening below the canvas that he was busy climbing out the back of the bob and didn't hear a worried dad's request.

On the other side of the stairs, I poked my head between the canvas and the concrete wall to see them. Both of them were climbing out, getting up, and reassuring each other, and me, that all was okay.

Any parent reading this can probably understand how I felt in those many moments. I tried to be cool about it...but it was hard. A parent never stops being a parent, no matter how old the kids become.

My fear turned to pride as I watched my son take charge of the situation and direct getting the sleigh off the ice and into the transport.

One thing I've noticed about the bobsleigh community in my time up here...they are all very willing to help each other out. I watched as the team from Japan and Latvia, along with the Olympia World Staff, helped them get a very heavy sled off the track and into the truck to go up the mountain for a second run.

The crash wasn't a total surprise, though.

Last night, while catching up over dinner at the Subway where 'Turo works part time, he explained to me that he doesn't know how well this pilot can drive.

I also got a warning from a couple of Luge drivers from the British Royal Air Force who have been at the track training all week.

"The ice is wicked today," one of them said. "You're going to see some crashes."

He and his buddy have been doing luge all week, both in training and competing on the final day.

"He was doing great all week" the one said about the other, pointing to his friend.

"Then I sucked ass on the last day," the other said, as he shook his head. "I don't know what happened."

"But the track today..." he said, shaking his head, as his words fell away.

In the end, all is well. A father's worry was short-lived and replaced by the excitement of two more successful runs. 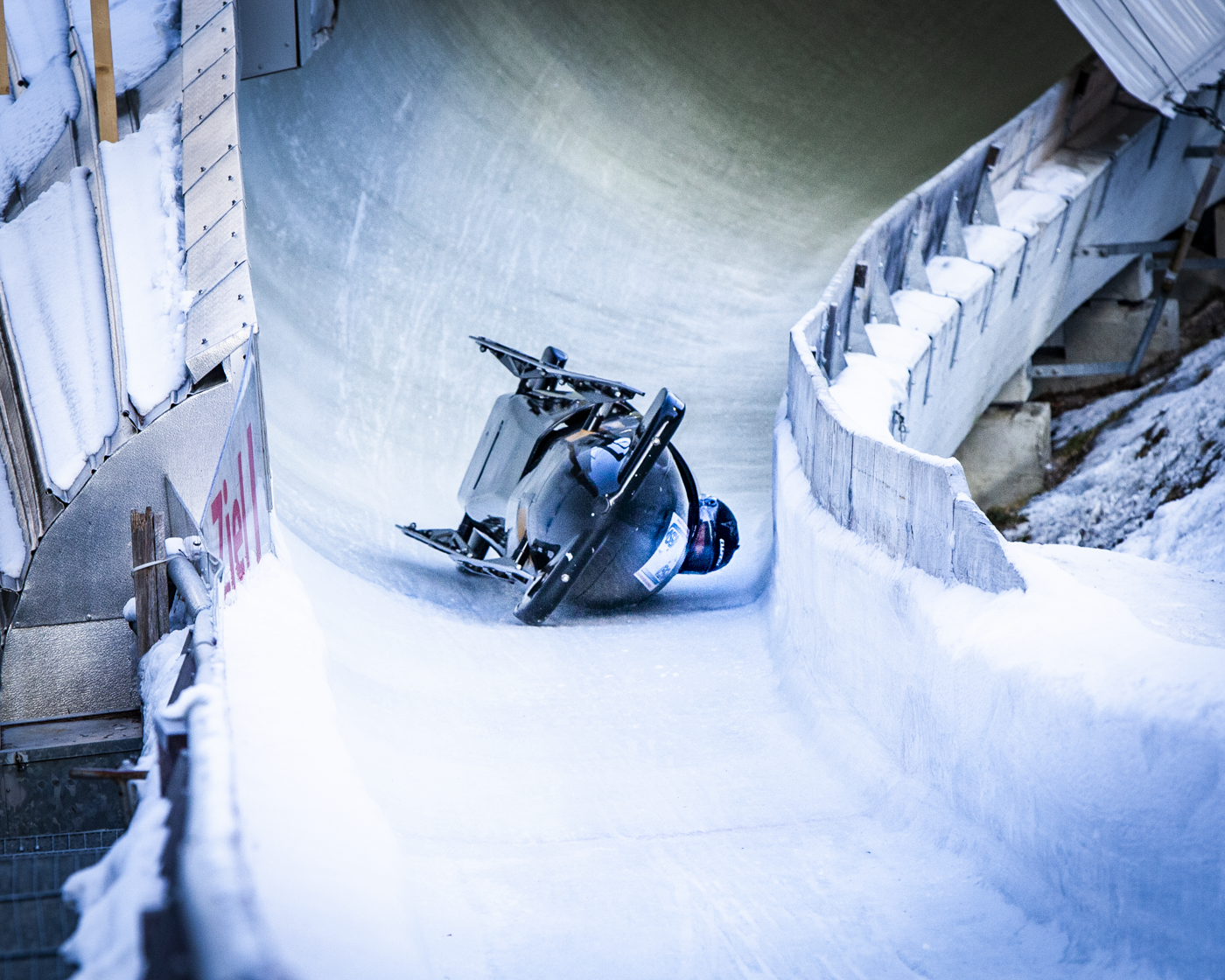 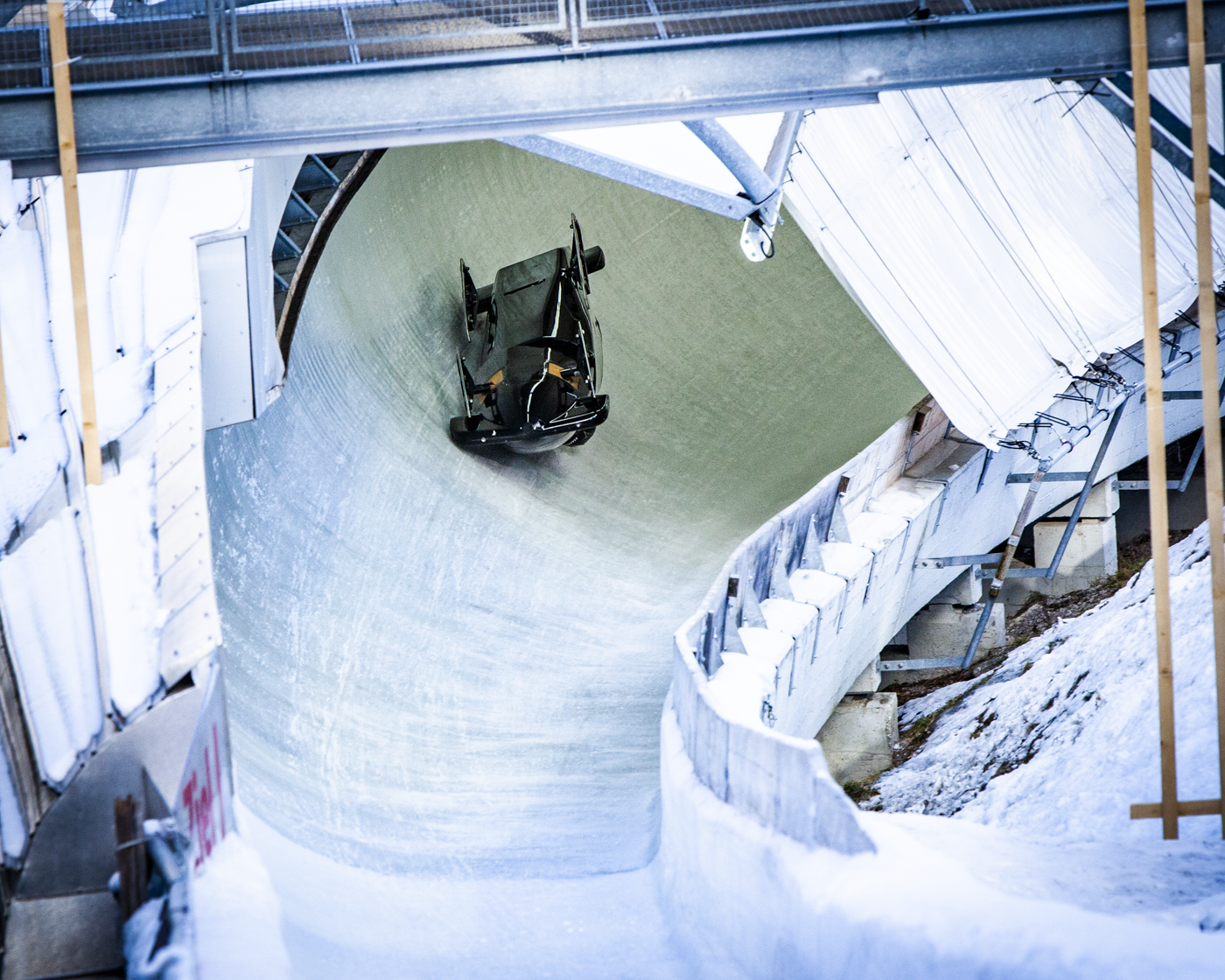 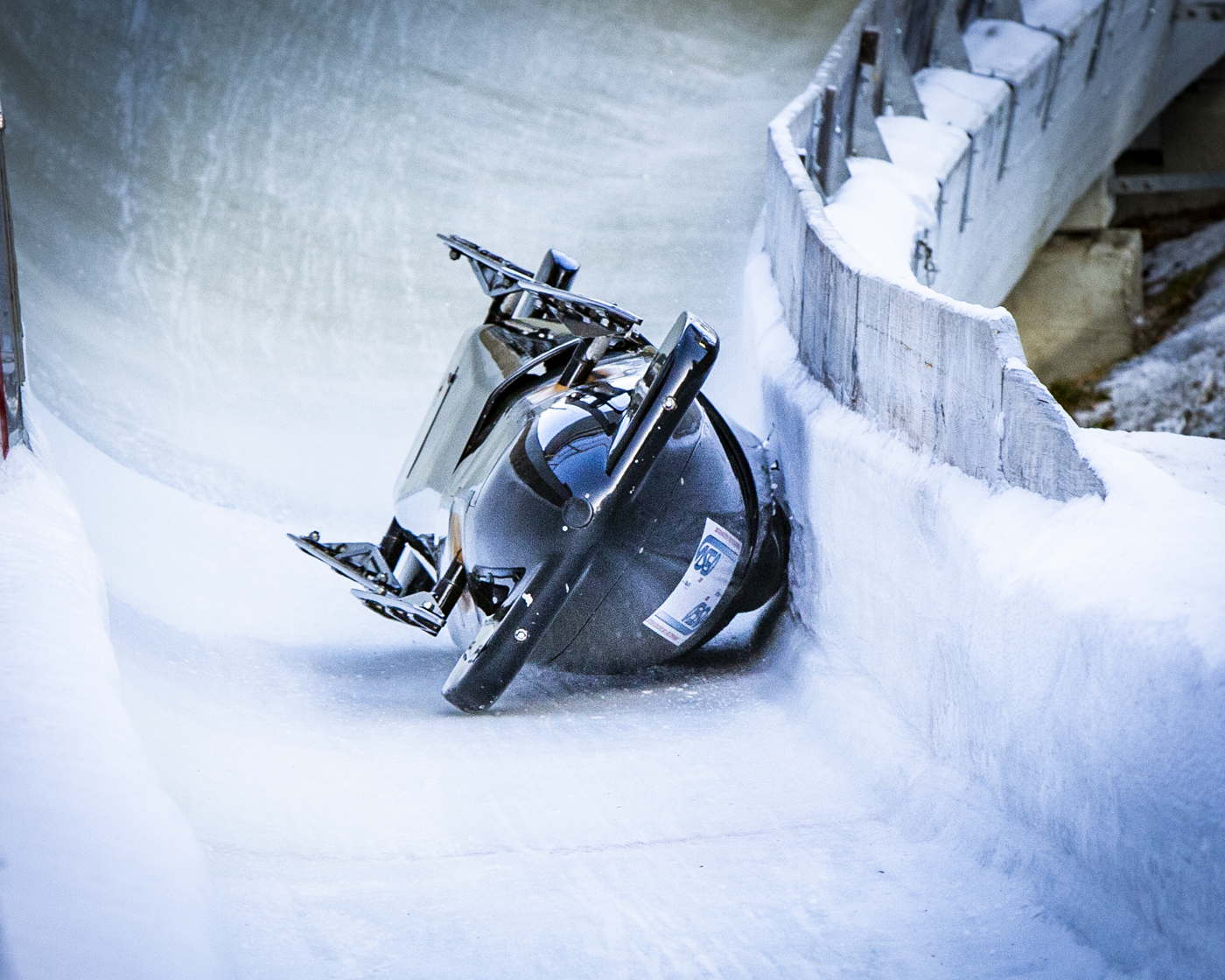 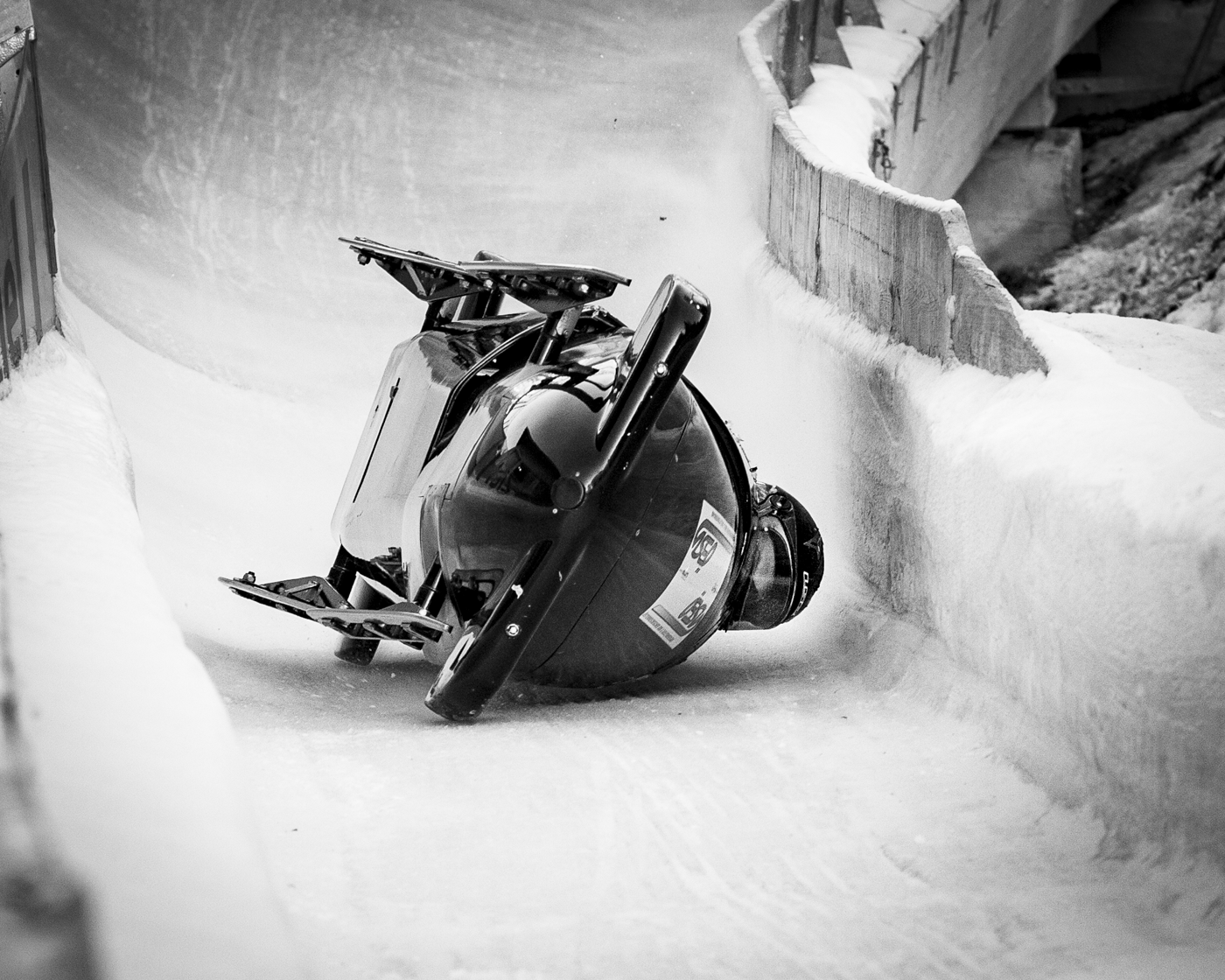 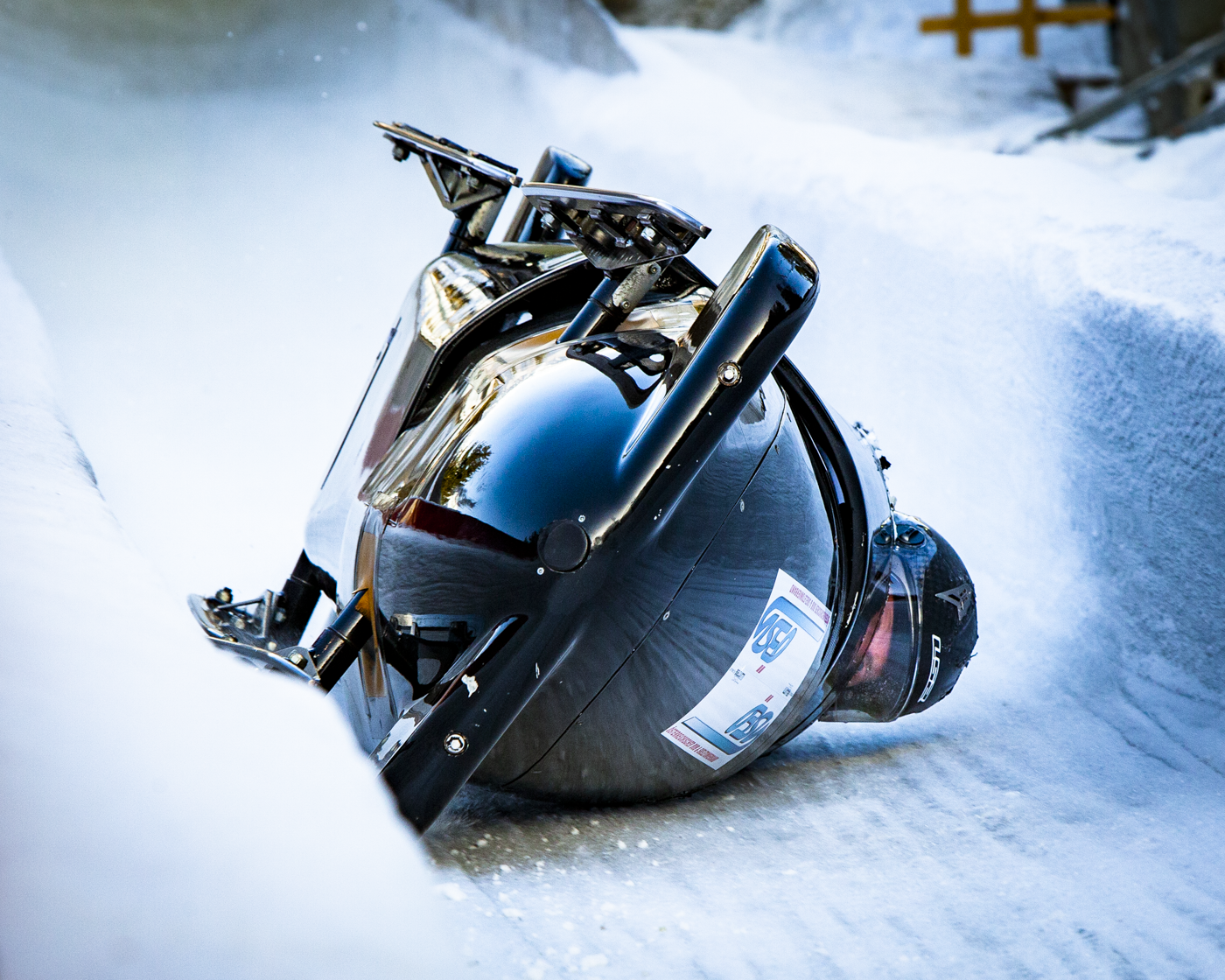 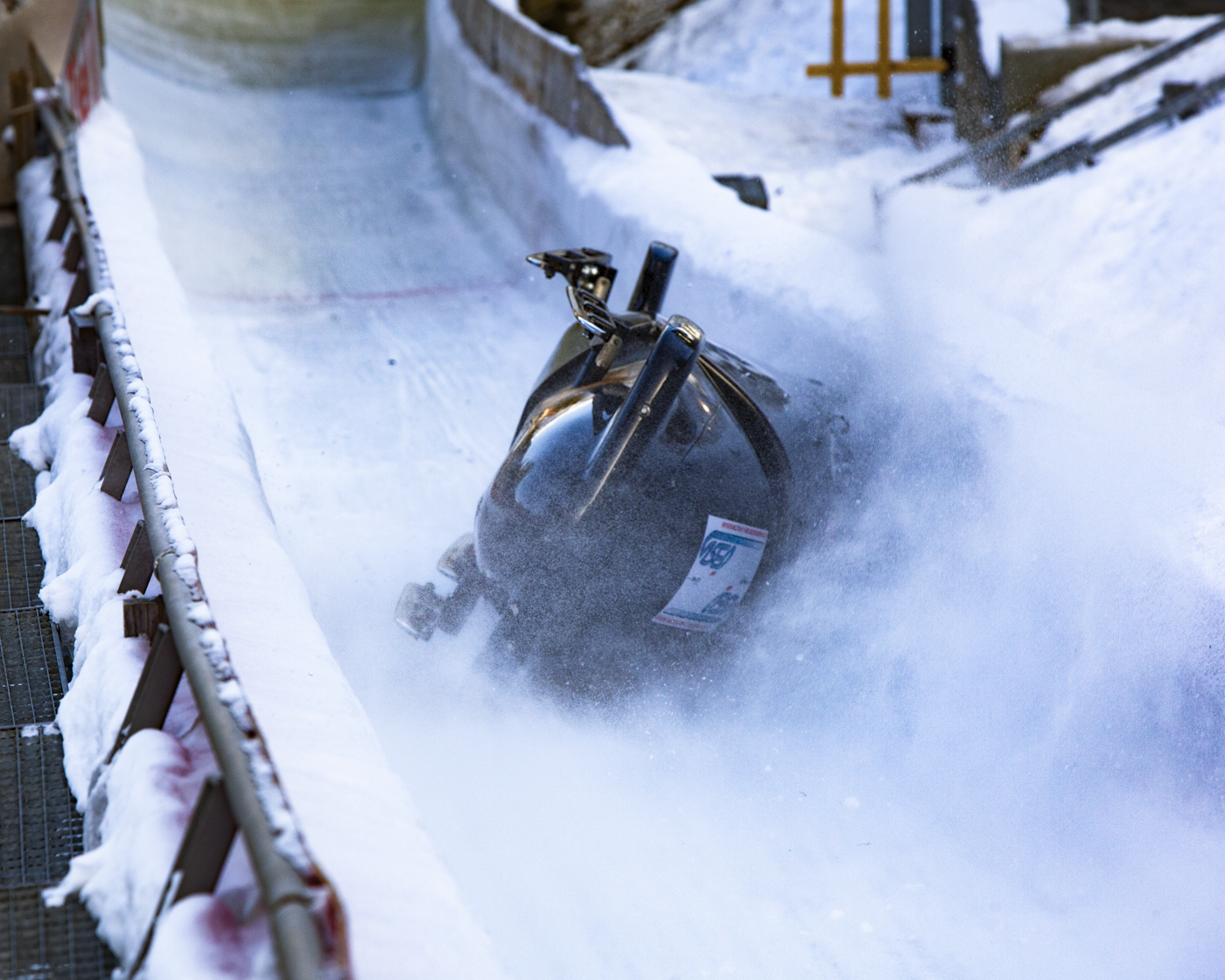 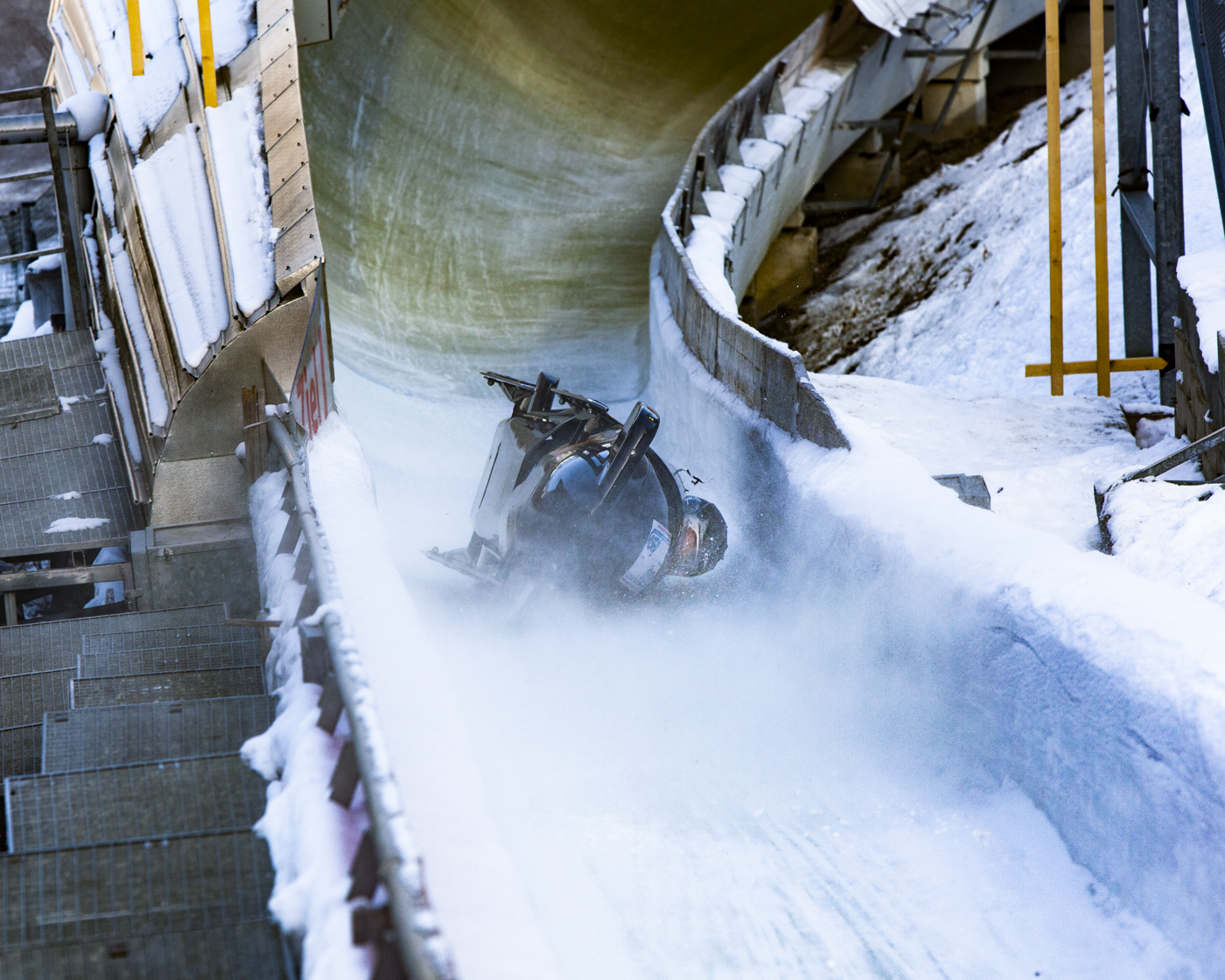 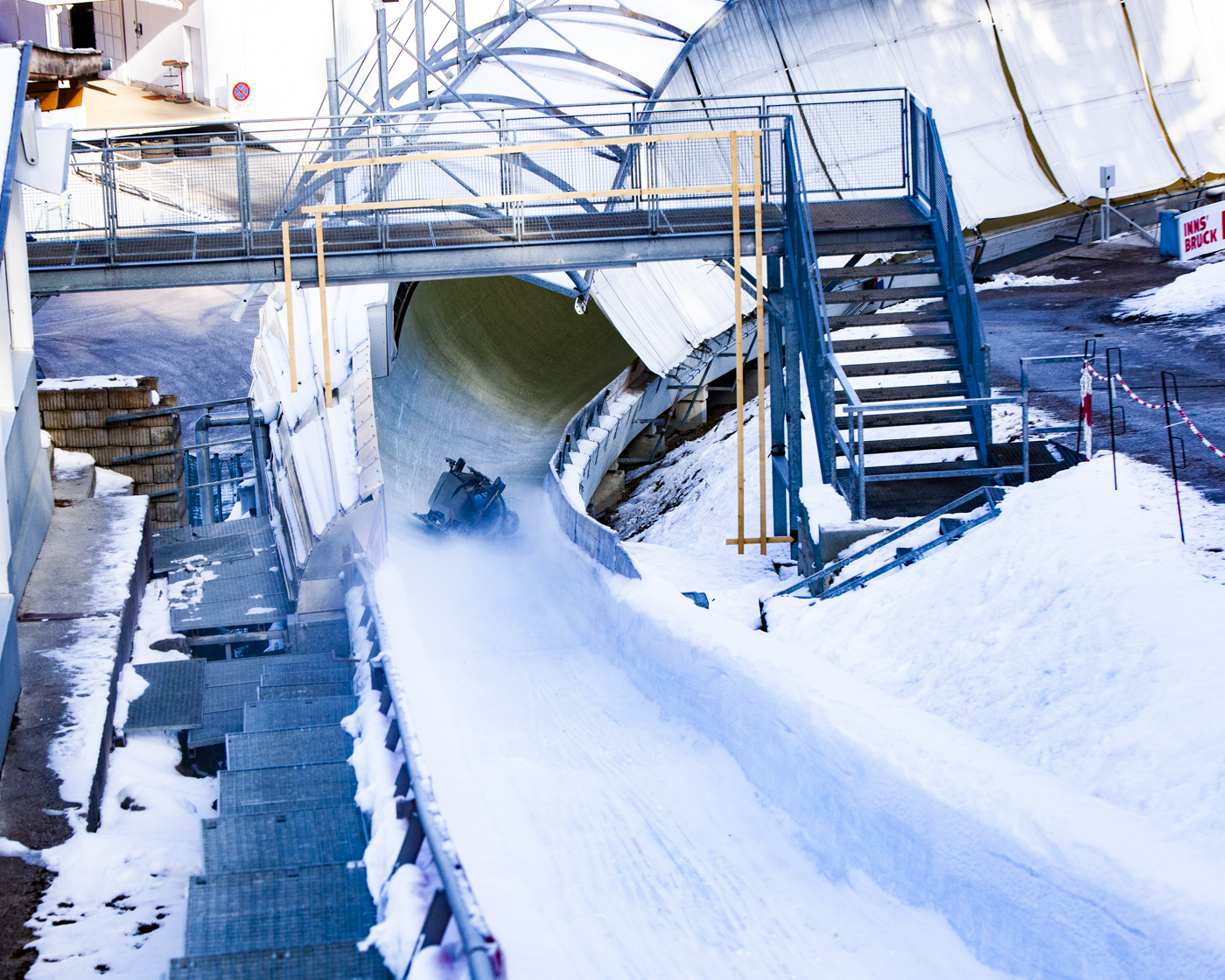 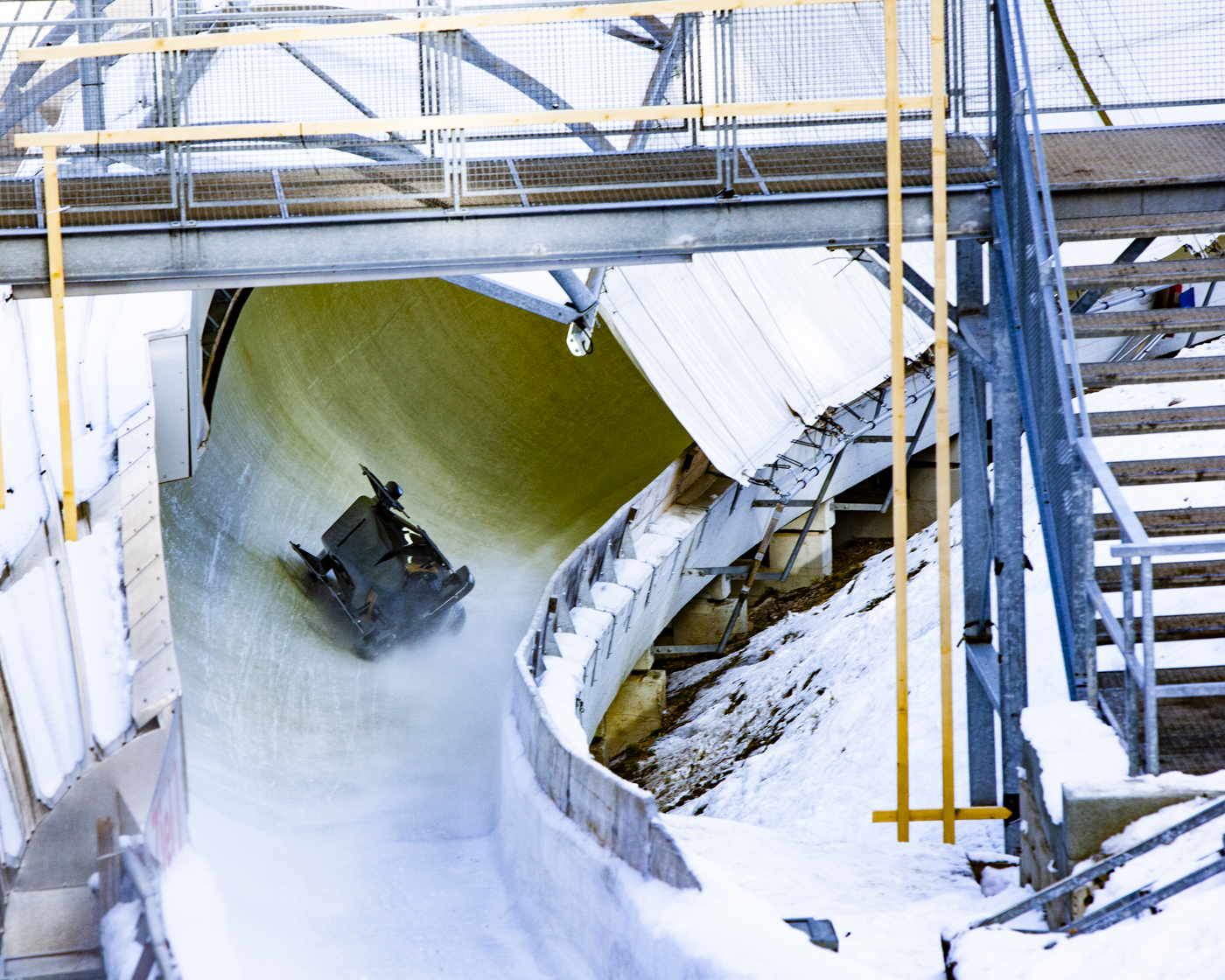 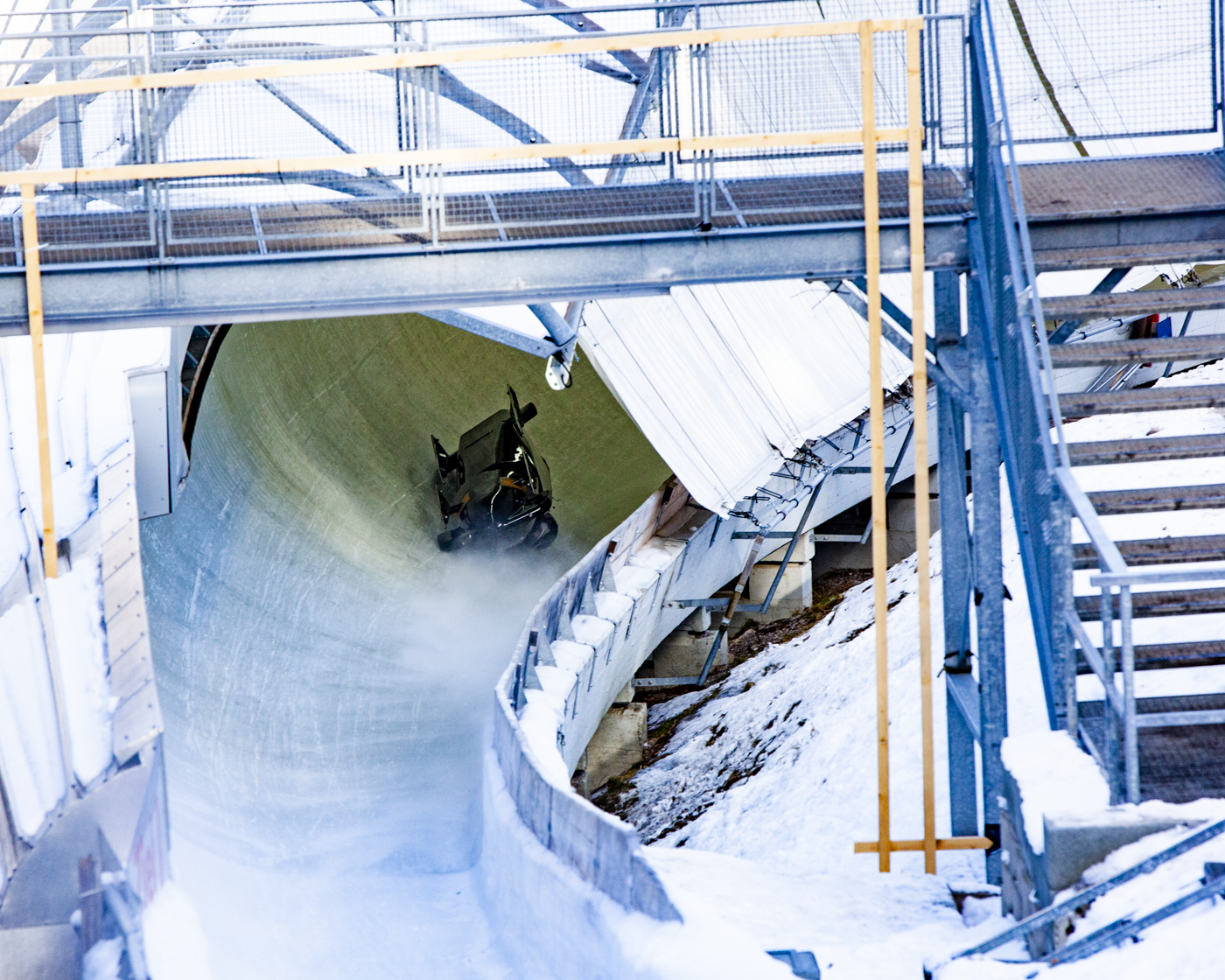 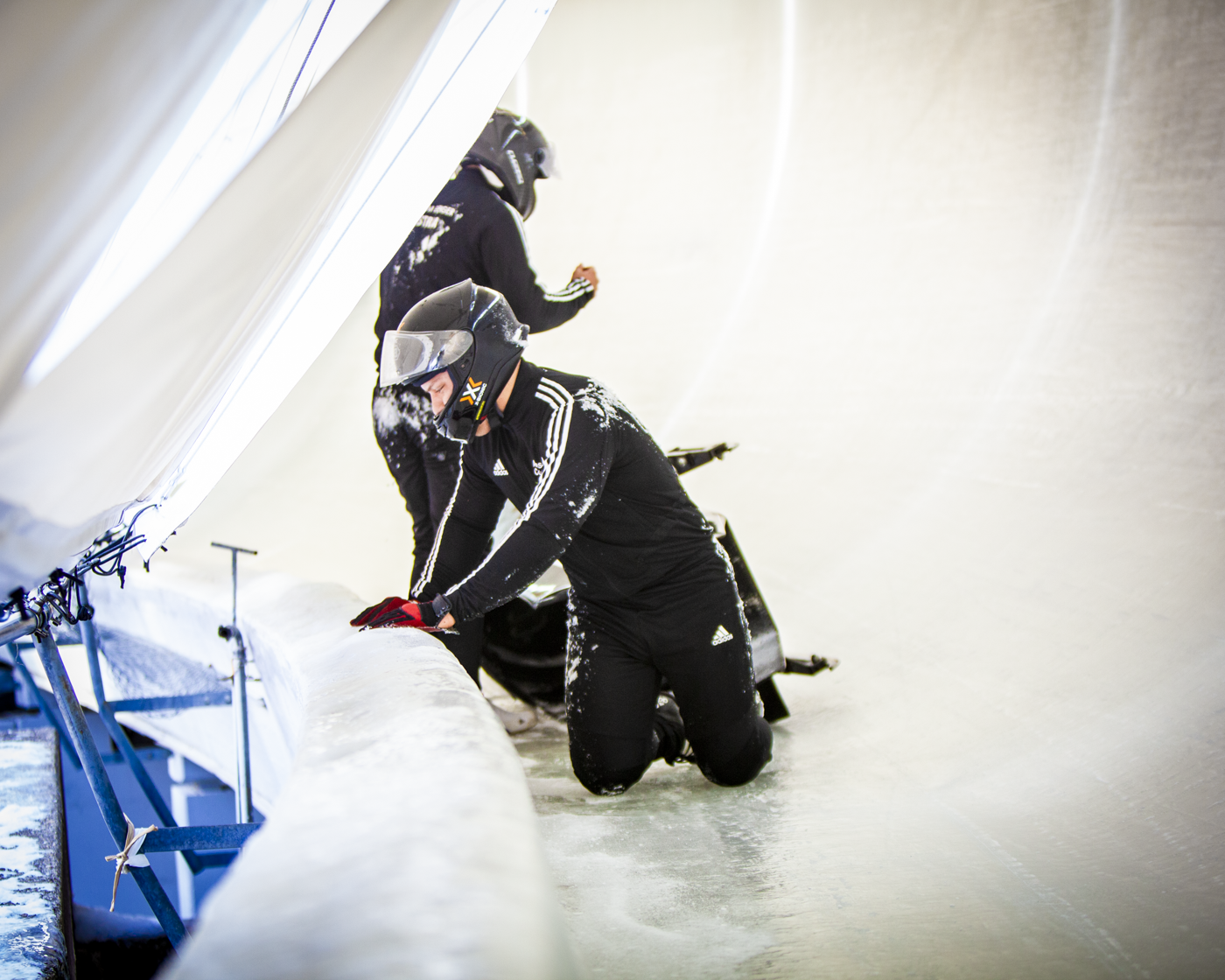 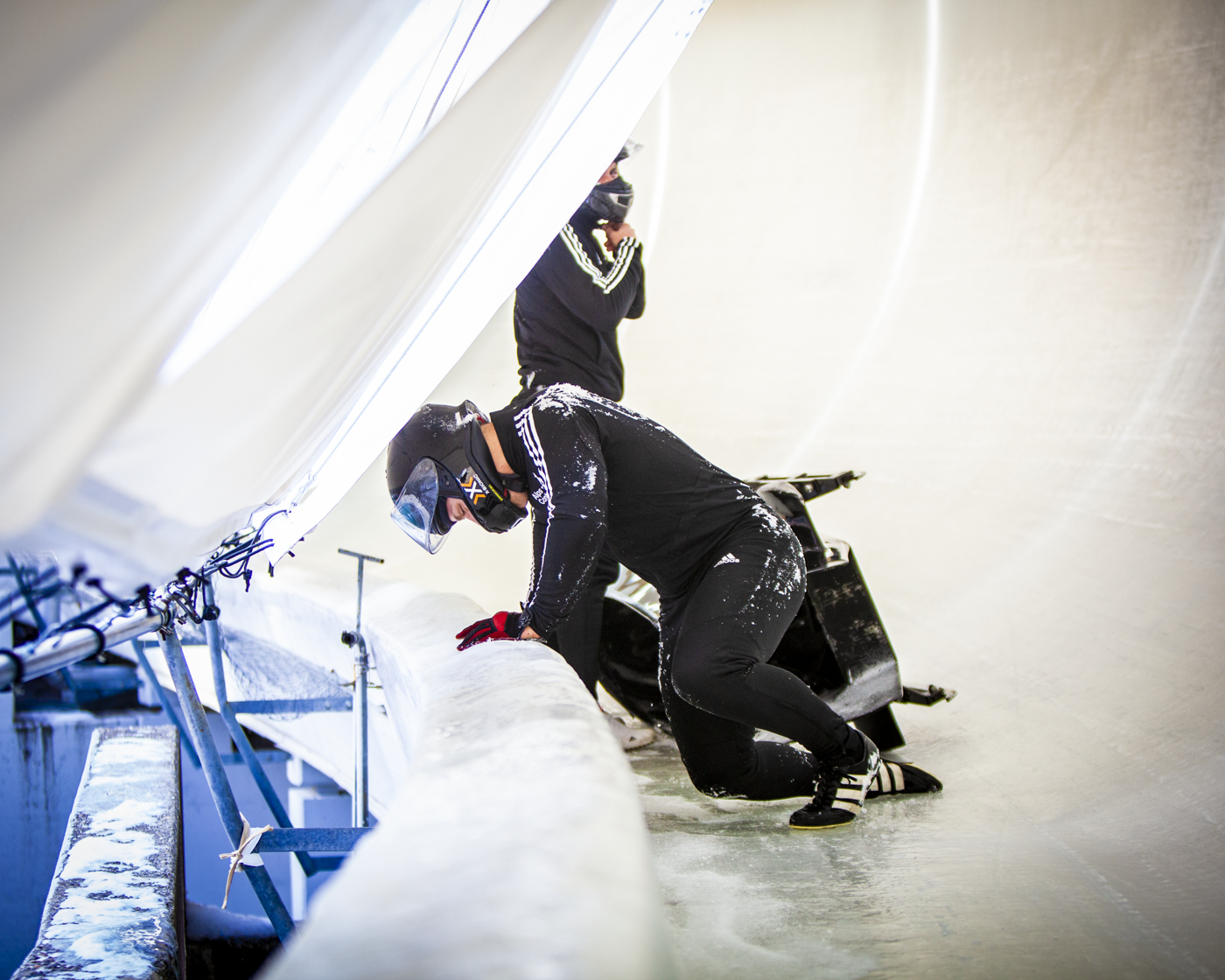 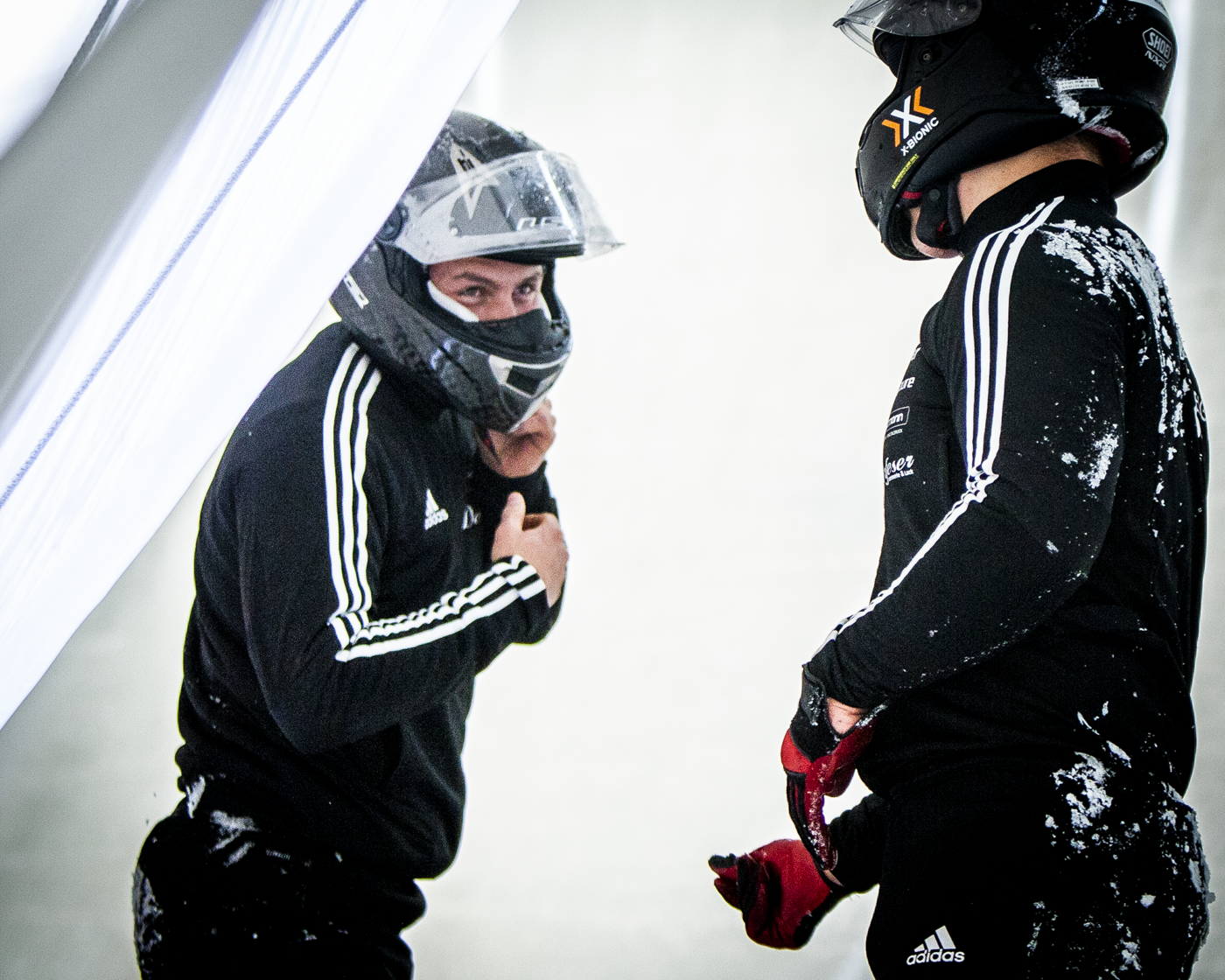 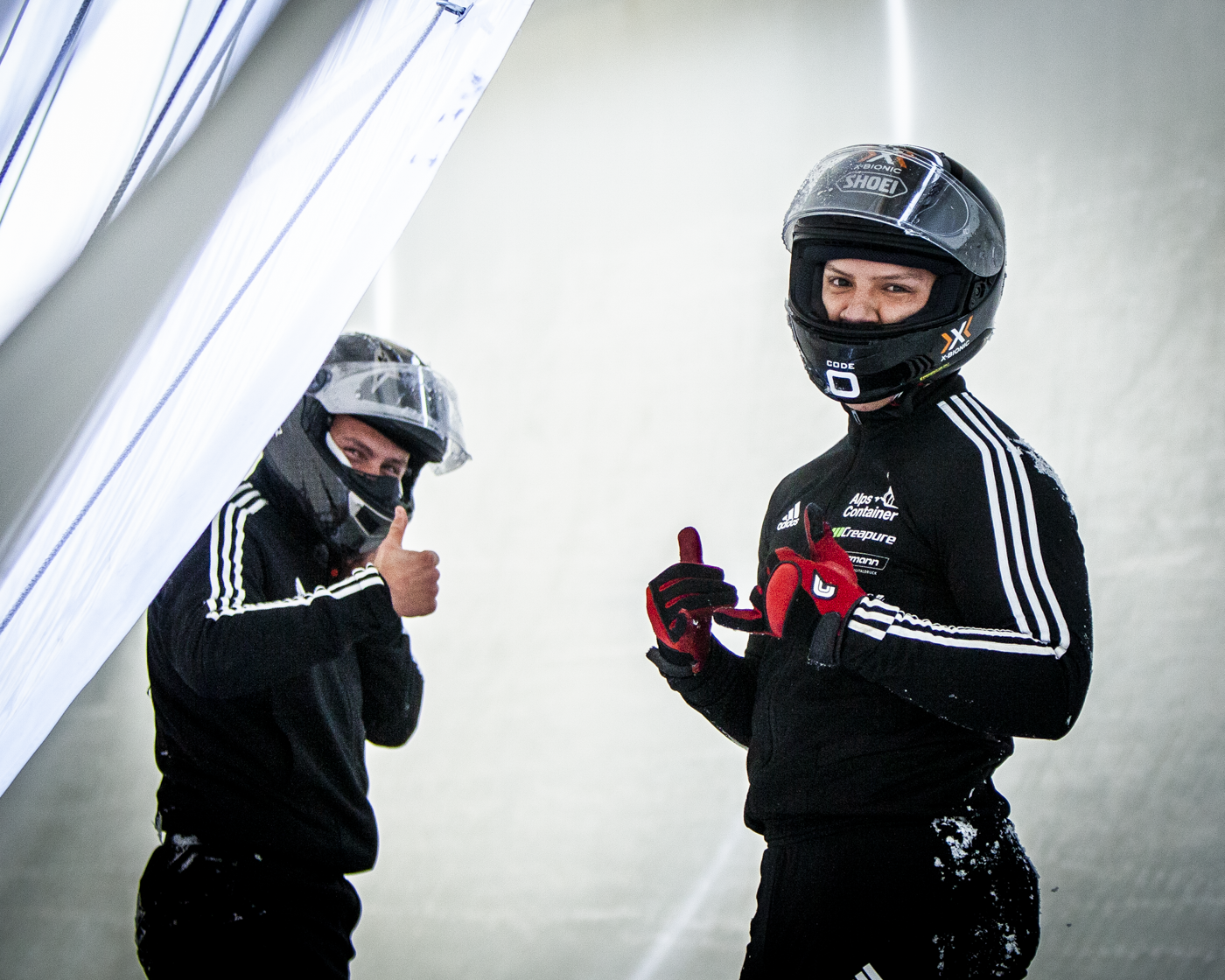 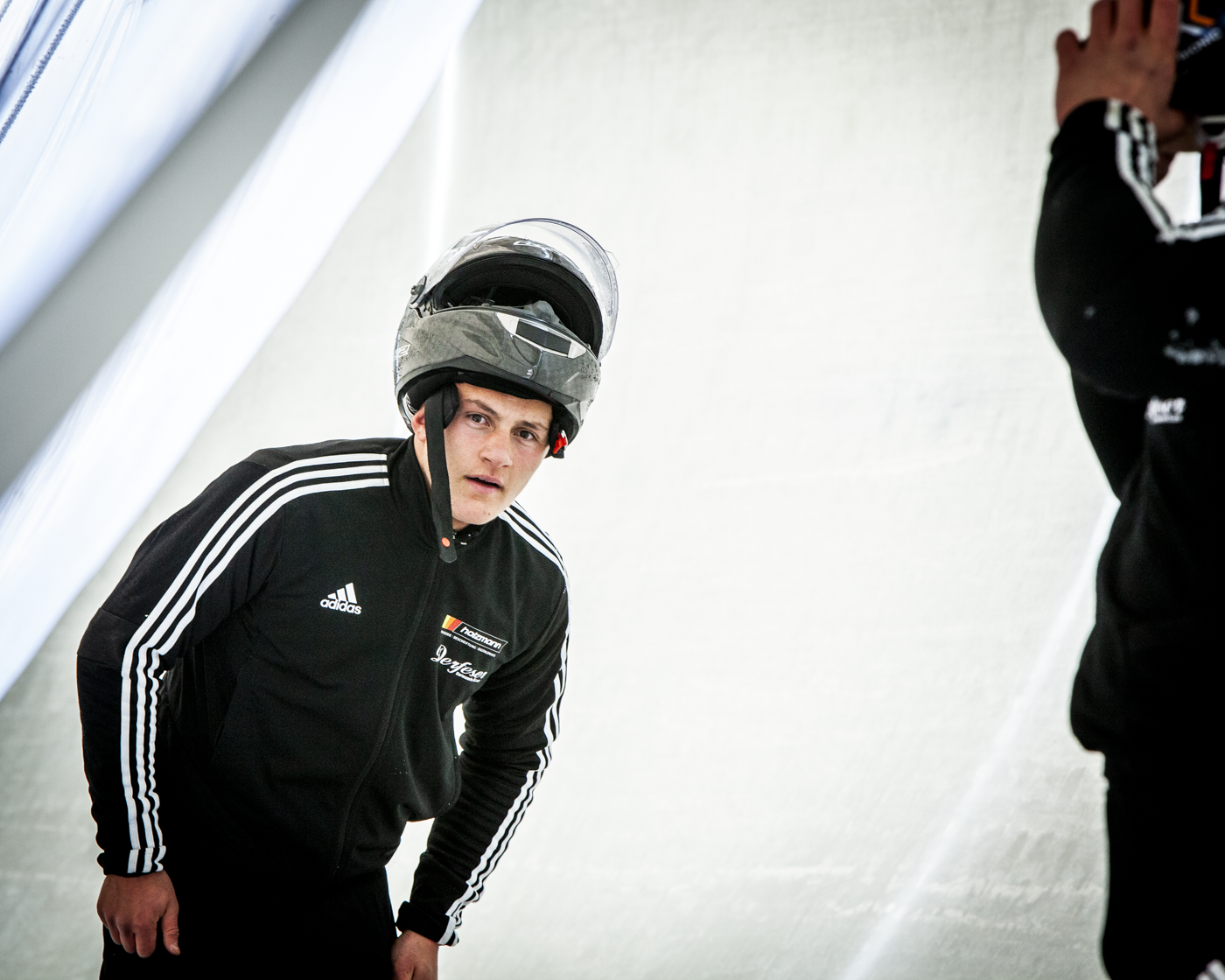 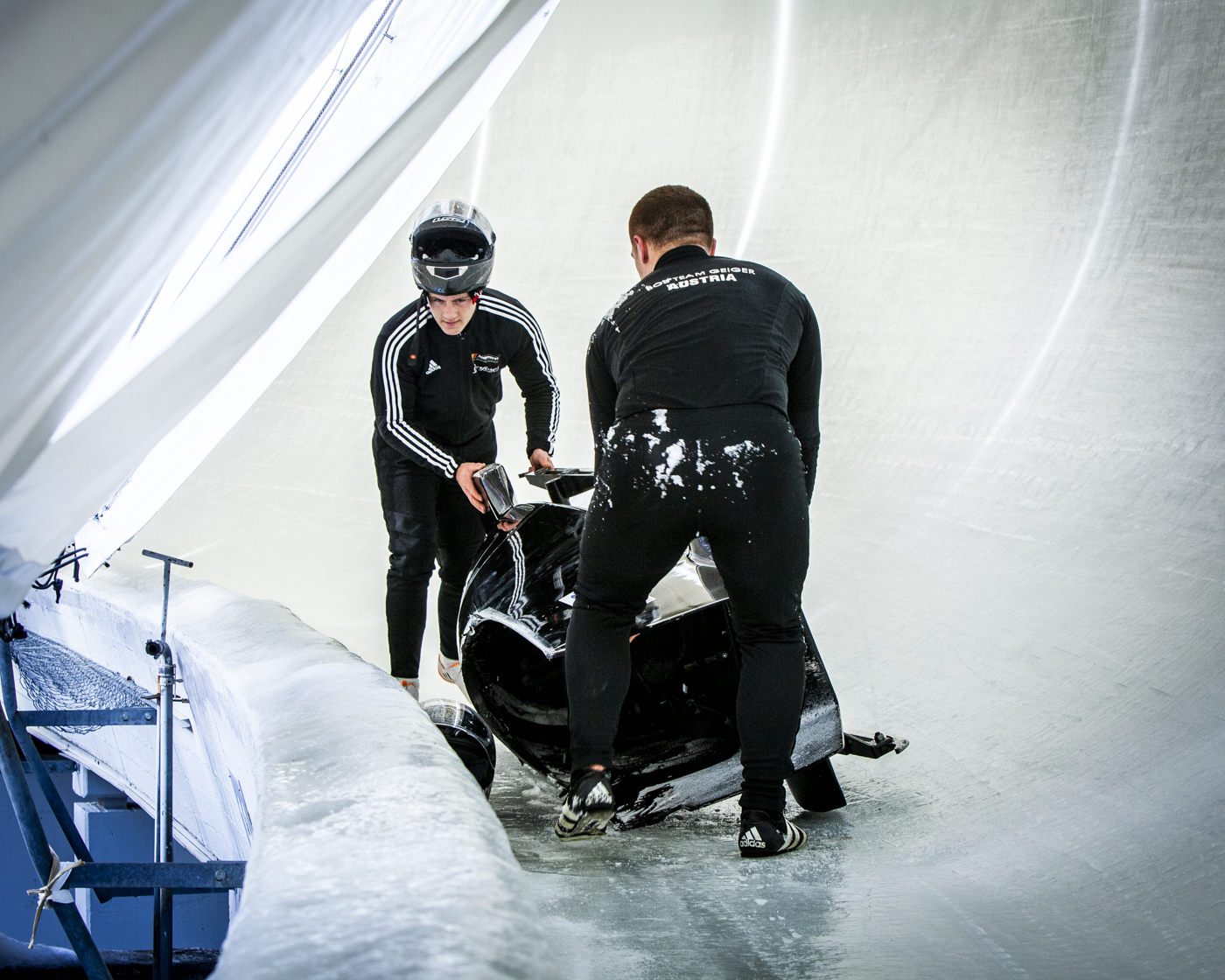 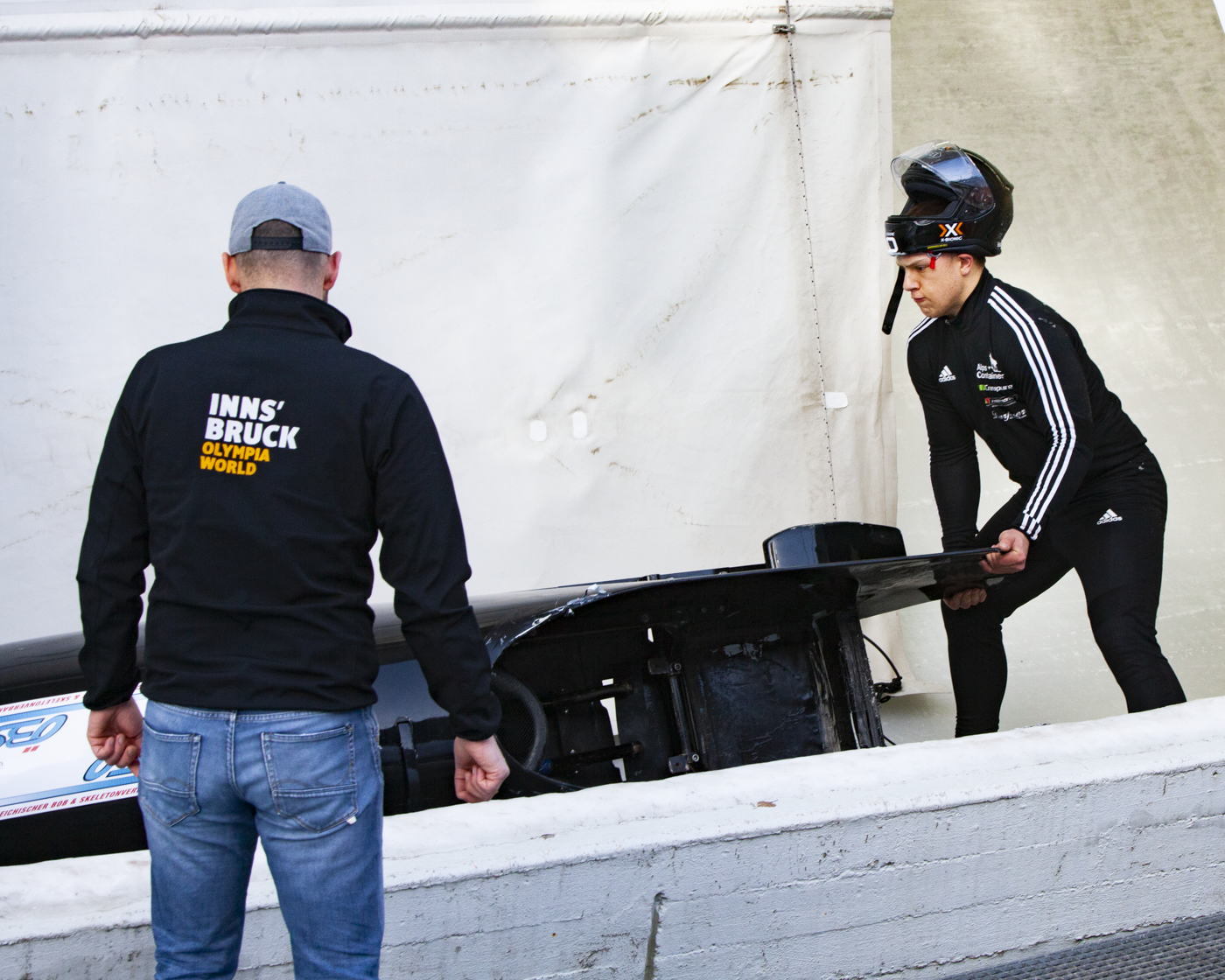 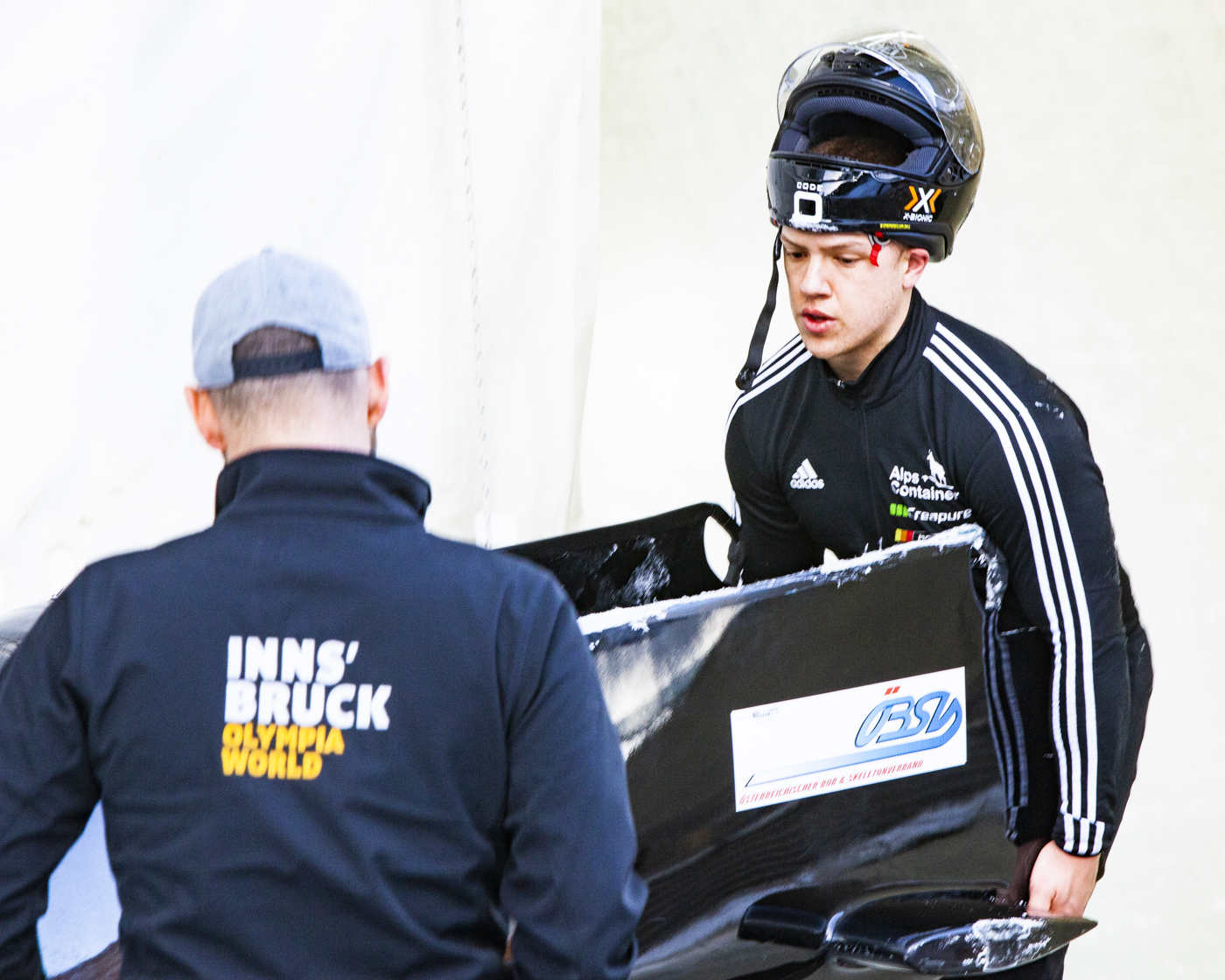 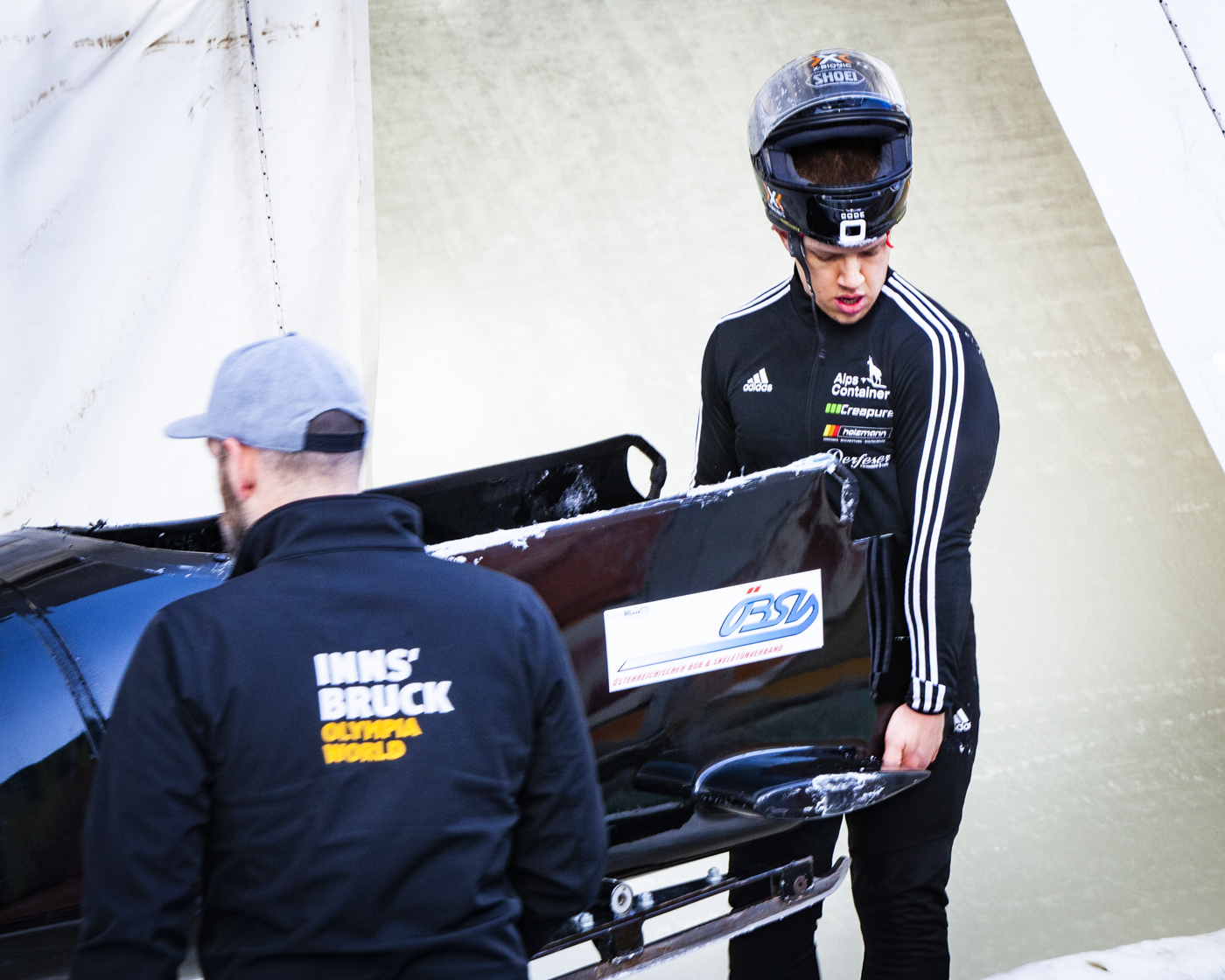 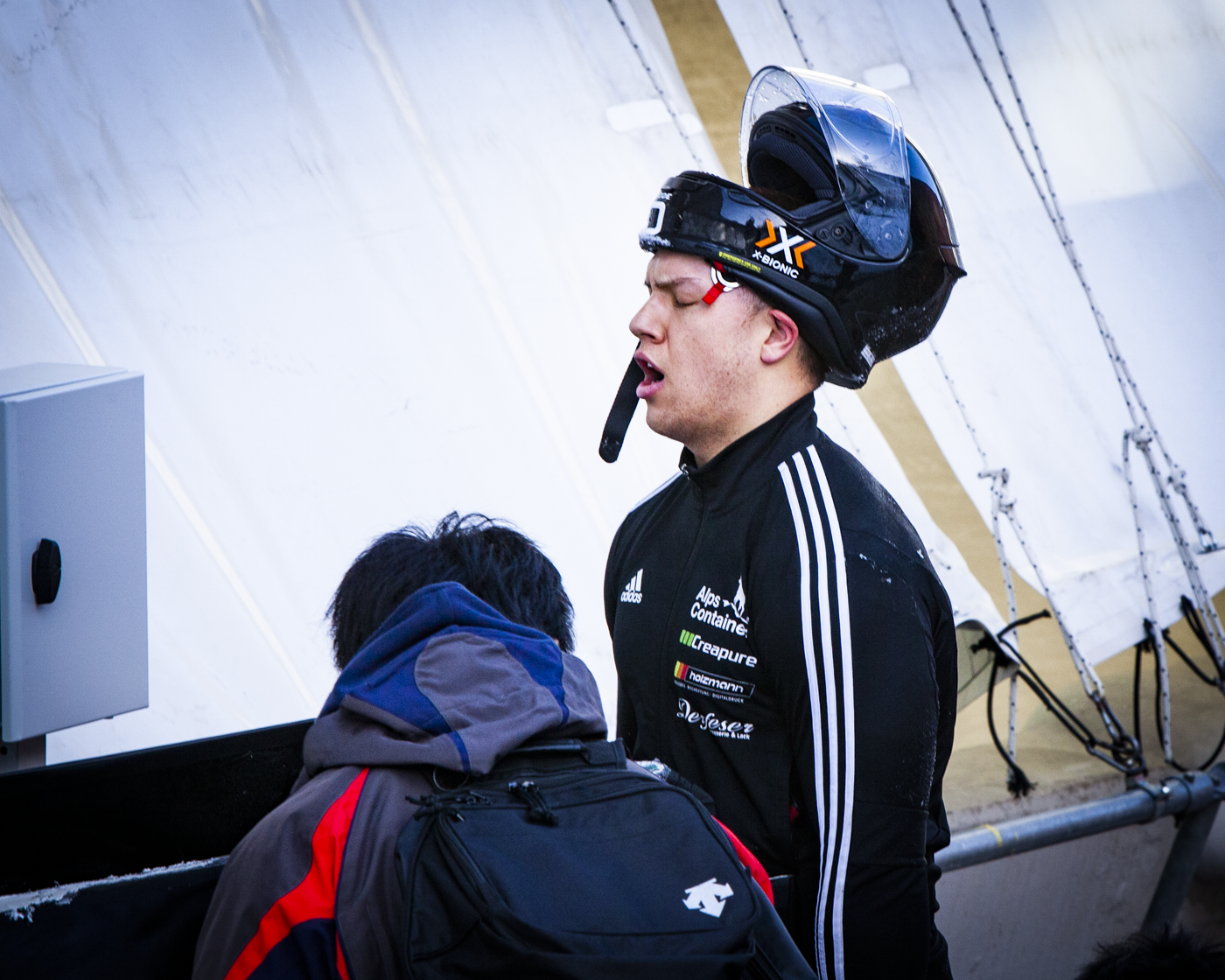 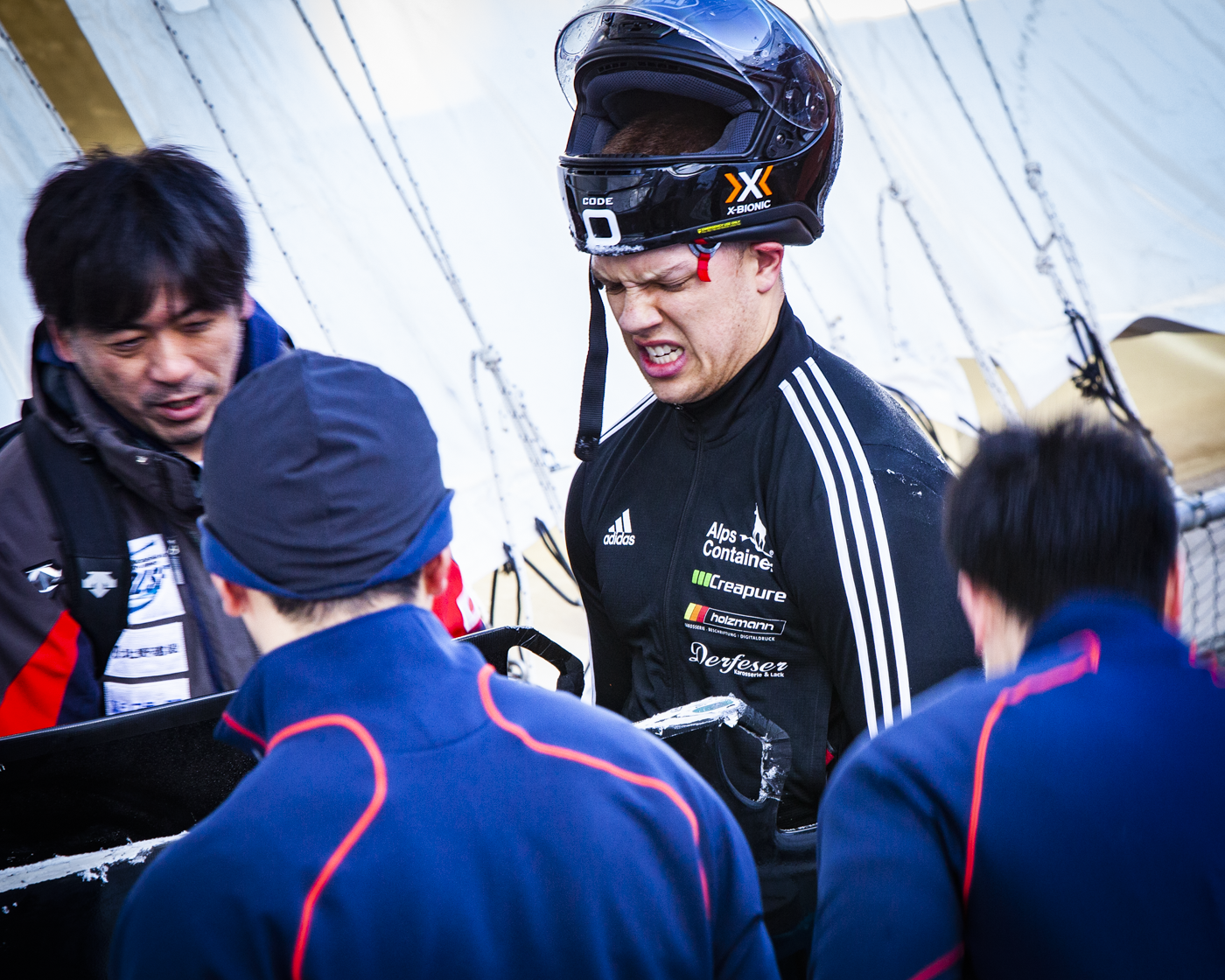 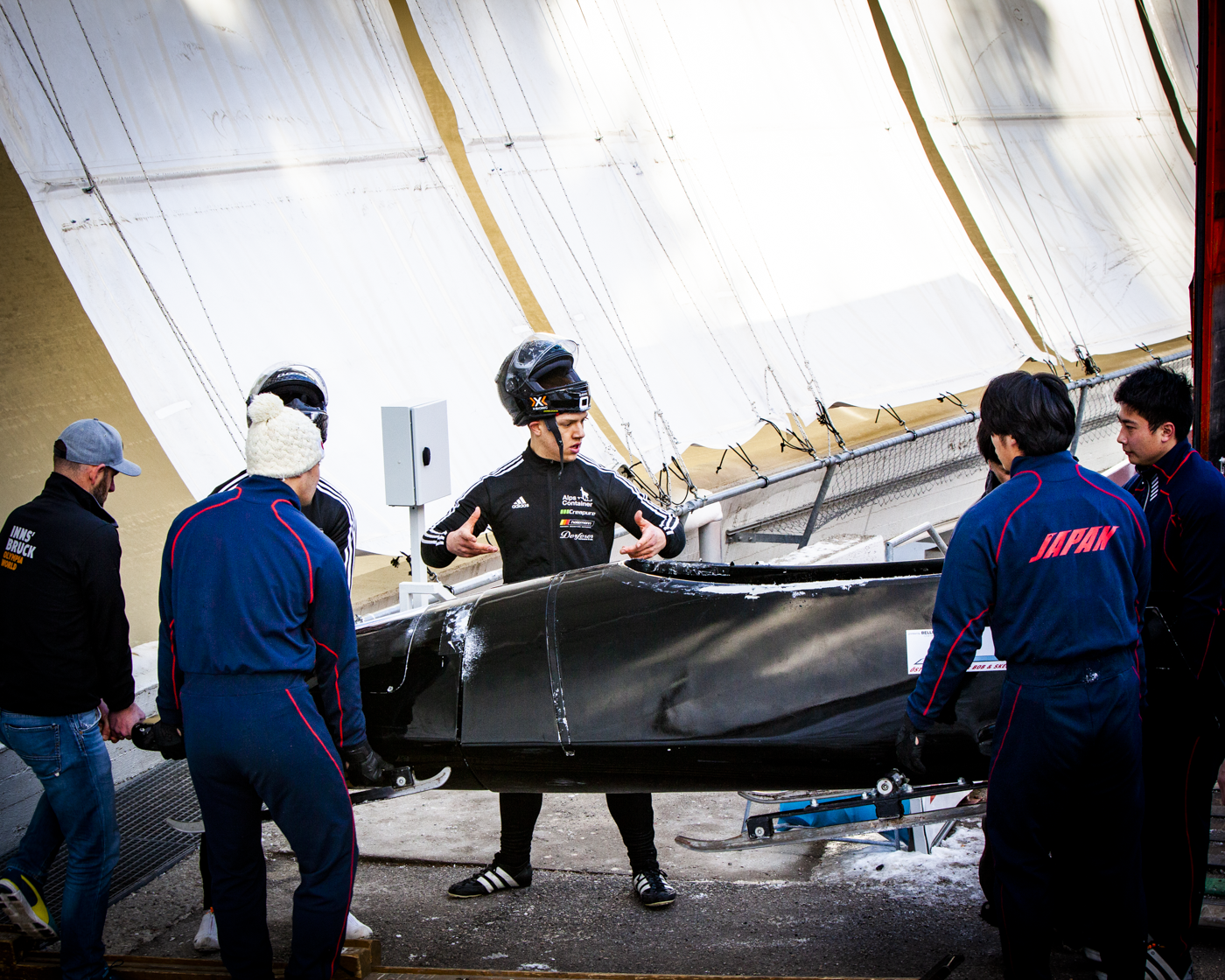 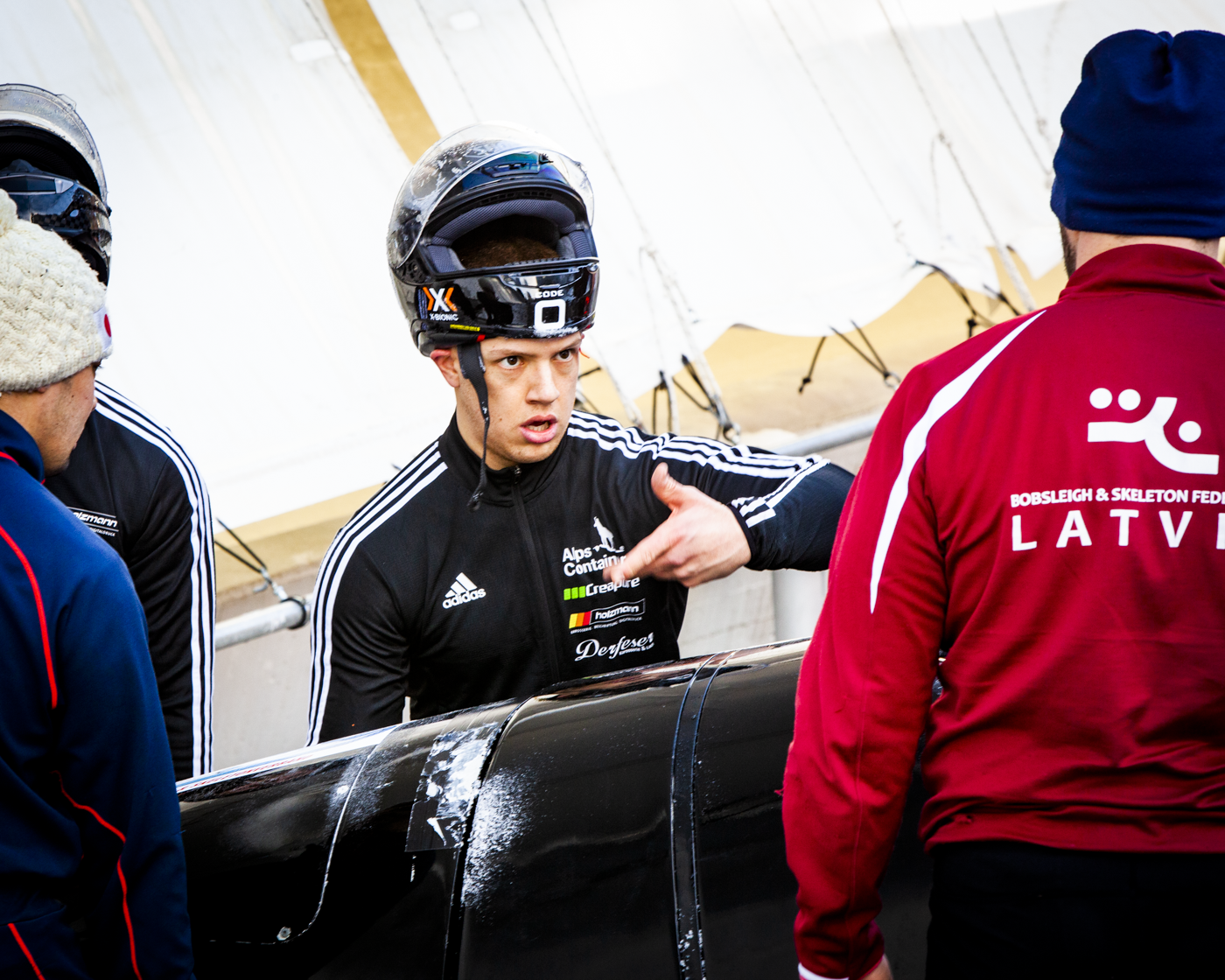 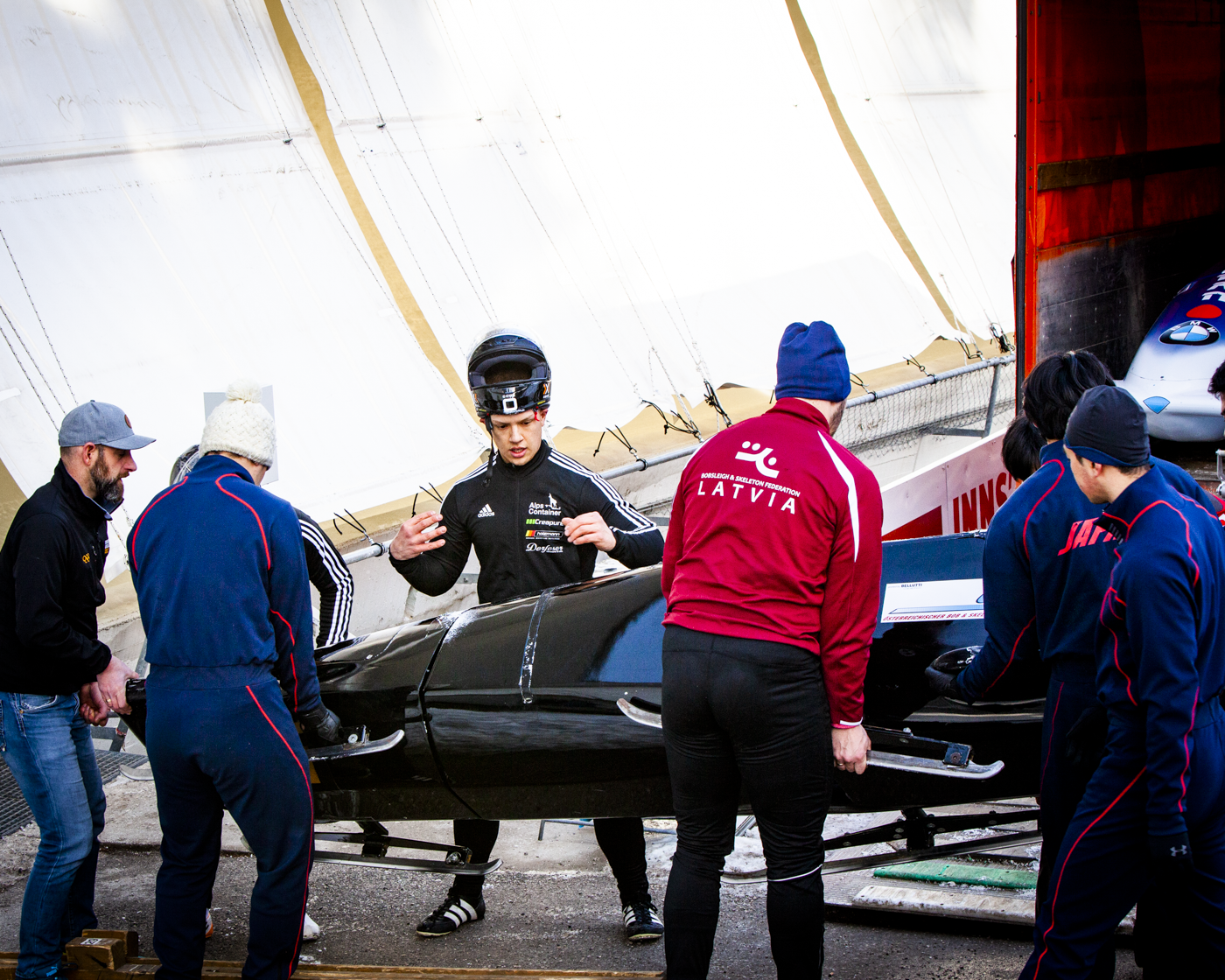 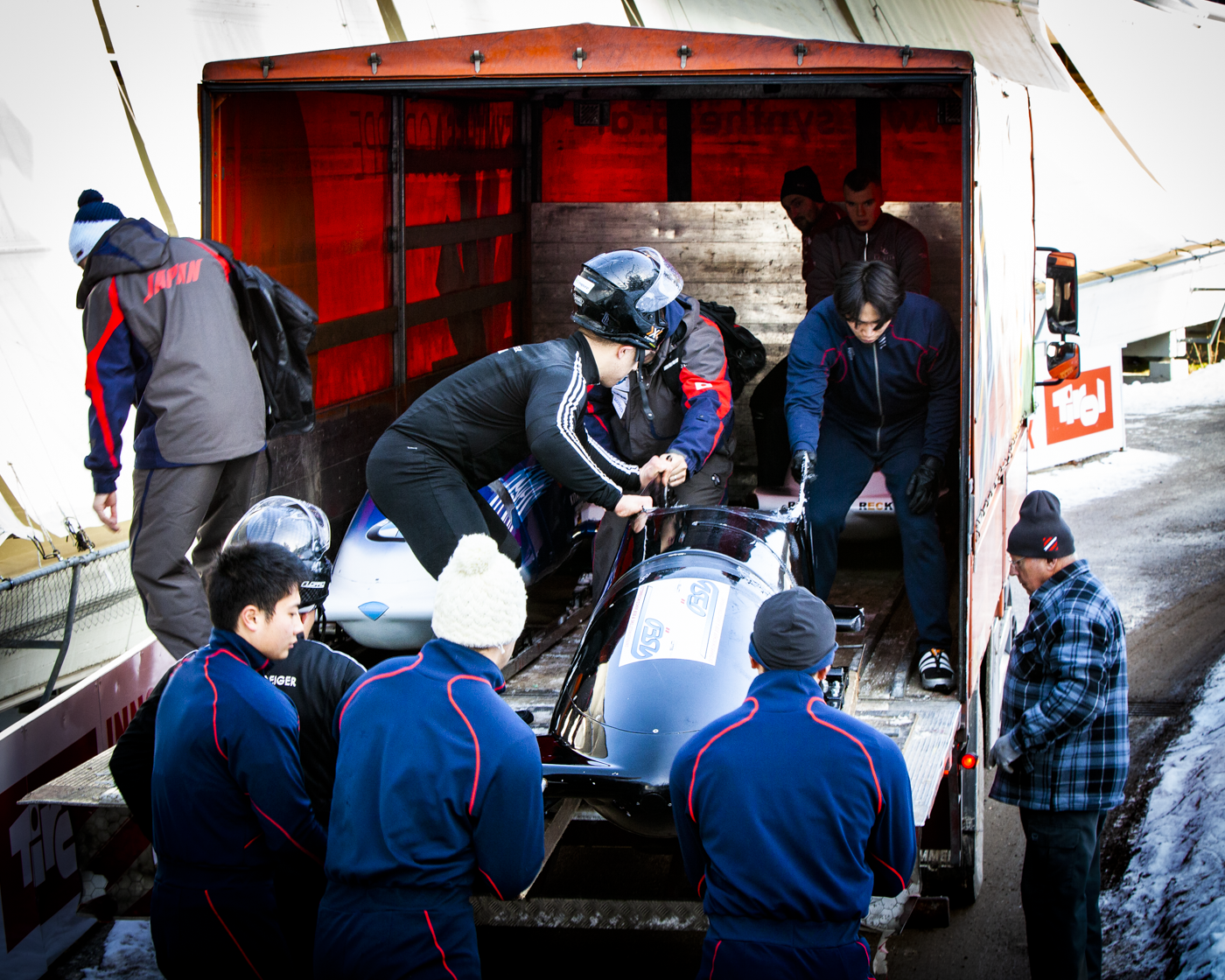 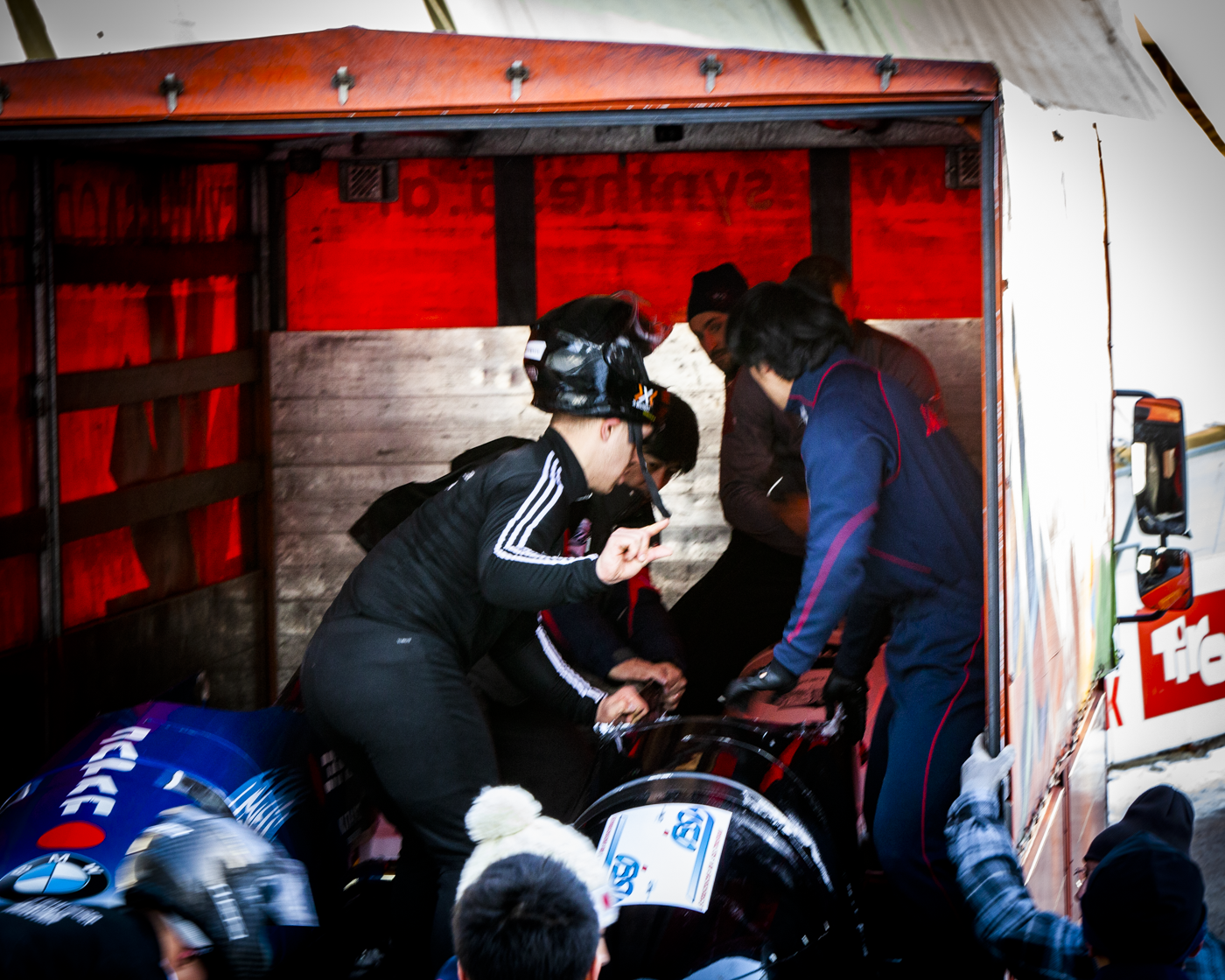 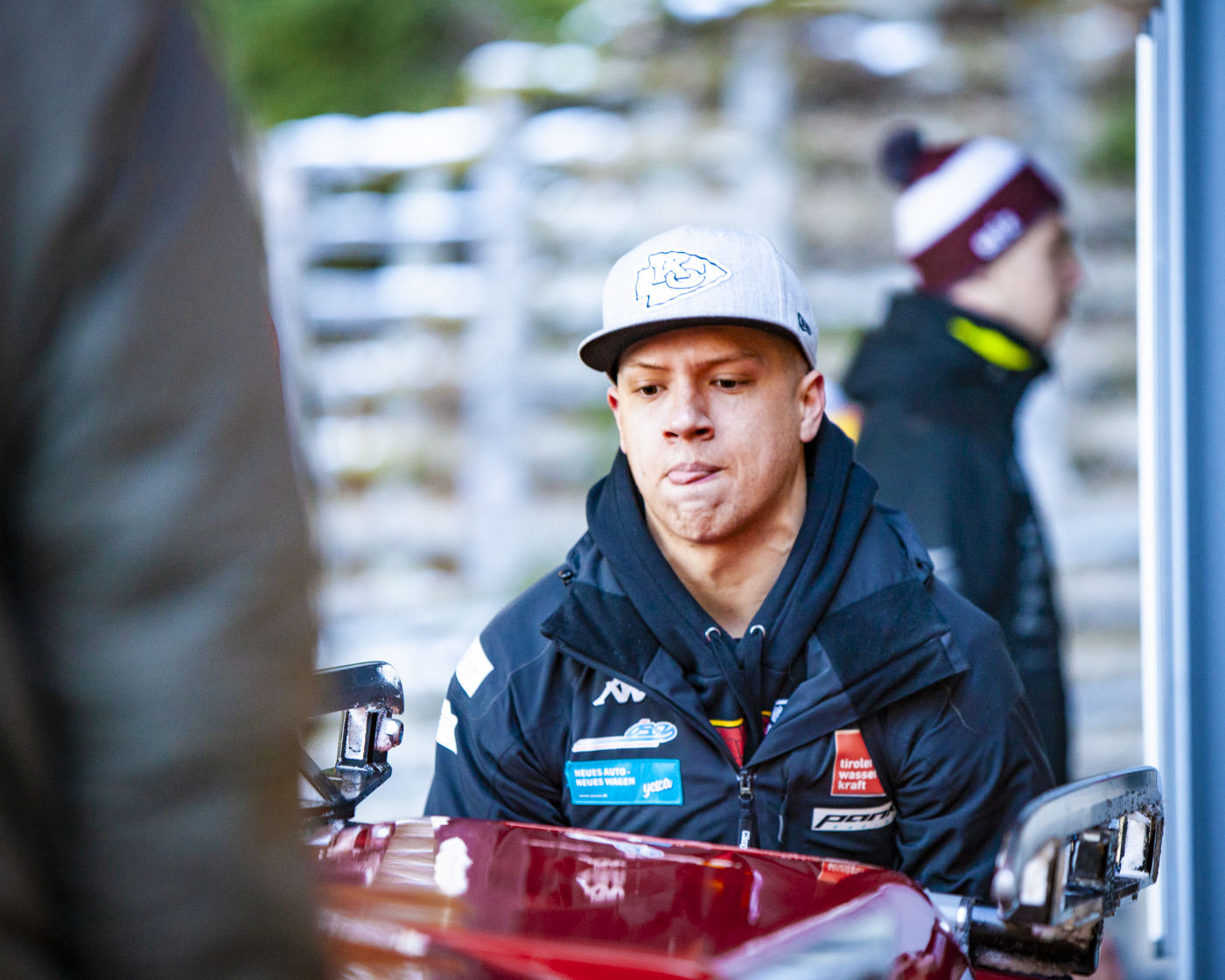 More to it Than Flying Down a Mountain

There’s a lot more to bobsledding, I’ve learned, than the push, getting in quickly on an icy surface, holding on for dear life, and screaming at the top of your lungs while racing, as quickly as possible, to the finish line…and stopping. 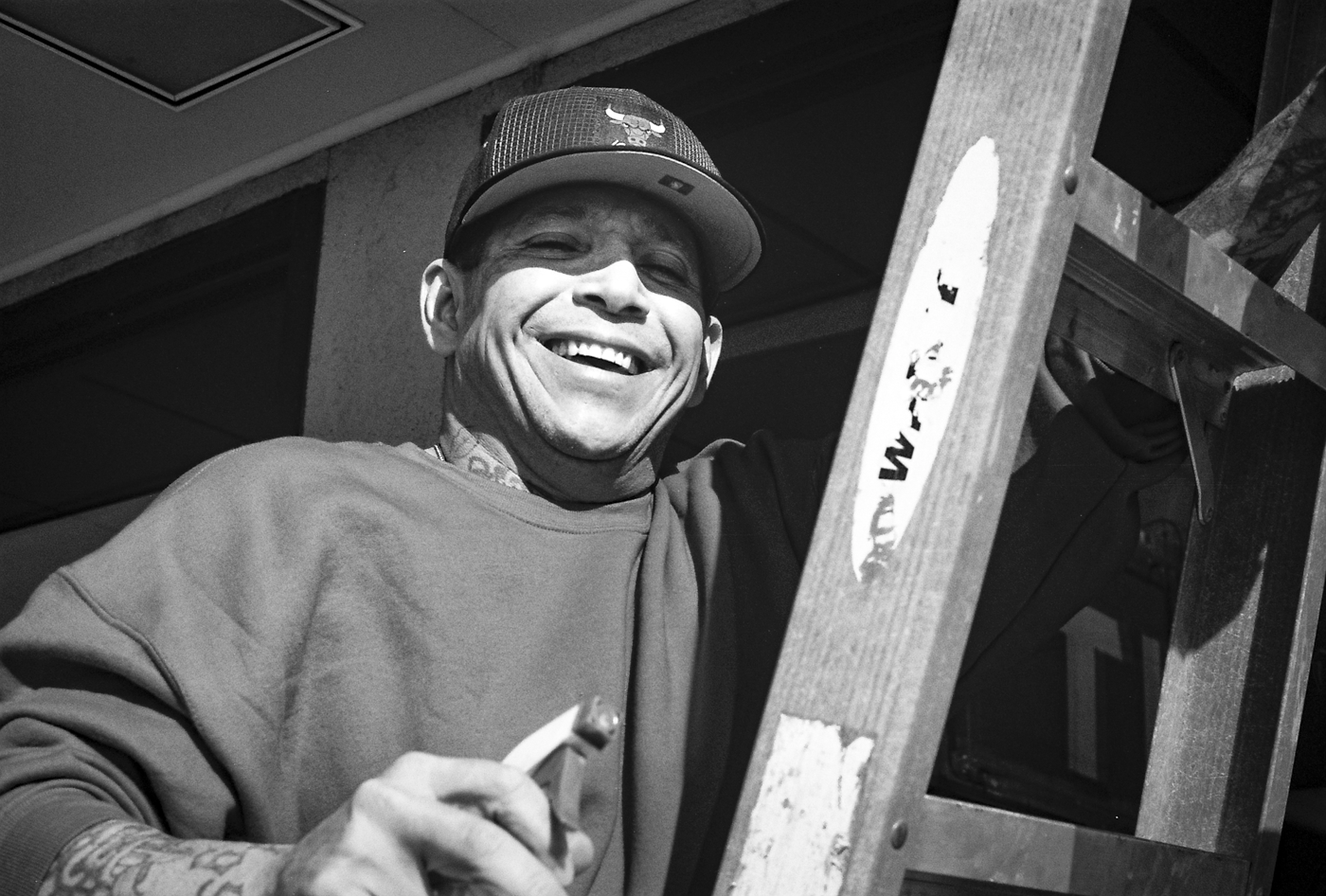 Have you ever met someone you liked immediately? 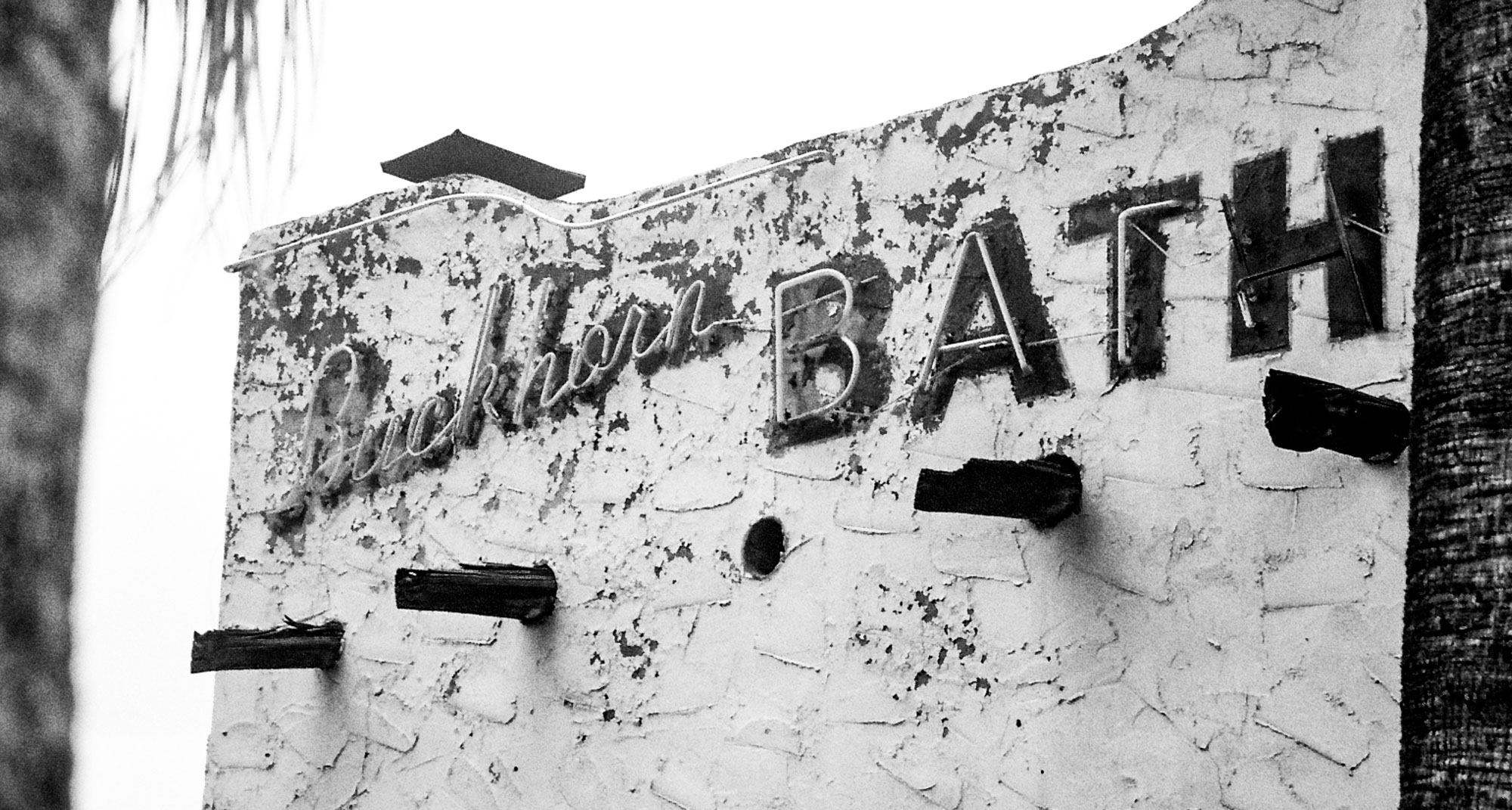