Author’s Note: While we were all jamming to The Bangles, Kenny Loggins, and Wang Chung, Kodak released its first camera after 17 years. I don’t remember it. But seeing it now, I think it’s loosely based on a 1986 Lincoln Town Car and fits perfectly with the fashion of the times…shooting it while wearing aviators, pastel polos, and a sweater tied around your neck.

This article is best read while listening to Lionel Richie’s “Hits of the 80s.”

I had ZERO expectations when I saw the bright yellow box for the Kodak VR35 in the bottom of a box of camera junk I had acquired. But I carefully opened it anyway.

Inside the box was a big, black, plastic brick of a camera. And a strap.

After pulling the camera out and seeing it was in pretty good physical condition, I did the next thing I usually do…I opened the battery compartment to see if there was corrosion. It, too, was clean.

THEN I started to have expectations, albeit very little.

My first concern was the battery. It wasn’t corroded, but it was some Kodak-specific, alien-looking thing that I KNEW I couldn’t get anymore. With a little research, I tried one suggestion I found online, dropping a 9 volt battery in it. She fired right up. I think I literally shook my head in amazement.

So it starts up, flashes, clicks…self timer works. I guess it’s time for the show: I dropped a roll of Kodak Ektar 100 in there and took her for a spin. Because this beauty has the ability to adjust for DX codes, I let the camera figure out the ASA…I didn’t have to set a thing.

The VR35 series was introduced in 1986. The model you are jealously looking at here, the one I hold in my hand, is the K12. It’s not the TOP of the line, but it’s up there enough that I have bragging rights.

Features listed on the front of the box:

Flipping up the flash turns the camera on. What I don’t like about this is that even in broad daylight, I’m walking around with the flash out. What I do like, though, is that if I want a quick fill flash I just hit a button labeled “fill flash” and, well, there you go.

The box has a blurb of text that brags “Unique flash gives better pictures,” and it’s true. The logic of it, I think, is that the flash is high enough above the lens that you don’t get red eye. Typical point-and-shoots have the flash on the same level as the lens, not very far to the left or right, which means every person you photograph in low light looks like they’ve just walked through the valley of darkness. Not with the VR35 K12. I shot a lot of flash shots in low light and no red eye. Solid.

Did I mention it’s a big, plastic brick?

This camera is so retro-sexy that it got me a free membership to Stinky’s Bar in Oskaloosa, KS. I know, I know…I’m kind of a big deal.

The way the scene played out, I was driving the back roads looking for shots. I’d spent the afternoon photographing the Leavenworth County Fair and, by the time I ended up in Oskaloosa, I was parched. I saw Stinky’s on the square and stopped for a drink.

“Do you have beer?” I asked the only human in the place, a lady sitting at the bar.

She got up, chortled and said, “Yes…we have enough.”

“Are you a member?” she asked.

“Uh, no…I’ve never been in this town before.”

Well, she hooked me up, and I’m SURE it’s because of the Kodak VR35 K12 I had on the bar next to my stetson. I asked her if I could get her pic handing me my membership card. I don’t know her name, but everyone calls her “G.I.” Nice lady in a nice place with the coldest PBR I’ve ever had in my life.

This is an autofocus camera, not a fixed focus like a lot of point-and-shoots.

When focusing, remember that it really seems to look right in the middle. Whatever is under the center dot is what it will shoot. If you’re off by a little, your subject is at risk of being soft, or blurry.

The minimum focus distance is 3ft. If your subject is too close, a red, lighted icon of a single person’s torso blinks in the bottom left corner of the viewfinder, allowing you to reframe.

There are three icons along the bottom so you can get an idea of the distance it’s looking at. The torso (bottom left), two people side-by-side (bottom middle), and a cute little family of two adults and a child in the mountains (bottom right). This matters because if you THINK you’re shooting two people at a distance of a few yards, but you see the family in the mountains, perhaps your center dot is between heads and focusing on a distant target.

So if you want to do any tricky framing, like rule of thirds, you may end up with a subject a little out of focus. This camera has a prefocus feature, just like many other autofocus cameras. To make it work, just have your subject in the middle of the frame, with the center focus dot on what you what to have in focus, then hold the shutter button down slightly until the appropriate icon for distance appears. Reframe and push the shutter the rest of the way for the shot.

There is no stealth mode on this camera. If you take it to a party and hope to get a few secret candids, that won’t happen. First off, the flash will make everyone in the room turn, then the sound of the motor drive grinding in agony will make everyone wonder if you’ve got gastrointestinal issues. At which point you’ll hold up the camera, kinda shrug in an embarrassed way, and say “I like to shoot old, big, plastic bricks with film in them.” They might understand.

But, truth be told, I like this camera. I do. It’s so glaringly outdated and uncool, yet shoots a good pic. It’s easy to load, shoot, rewind. This one is a keeper for me. I just checked and found one of these, in great condition, for sale online at about $16, plus shipping. The original price for this baby was around $200, which is $467.41 today. Not a cheap camera in its day…but is today. Score!

Below is a gallery of color shots from its maiden voyage. I was very pleased. I suspect I’ll add to this story and gallery as time goes. I can see me keeping this in my glove box, just in case.

Please note that indoor flash photos in this gallery are straight from the film with no post-pixel adjustment for tone, sharpness, etc. The other pics have been toyed with. 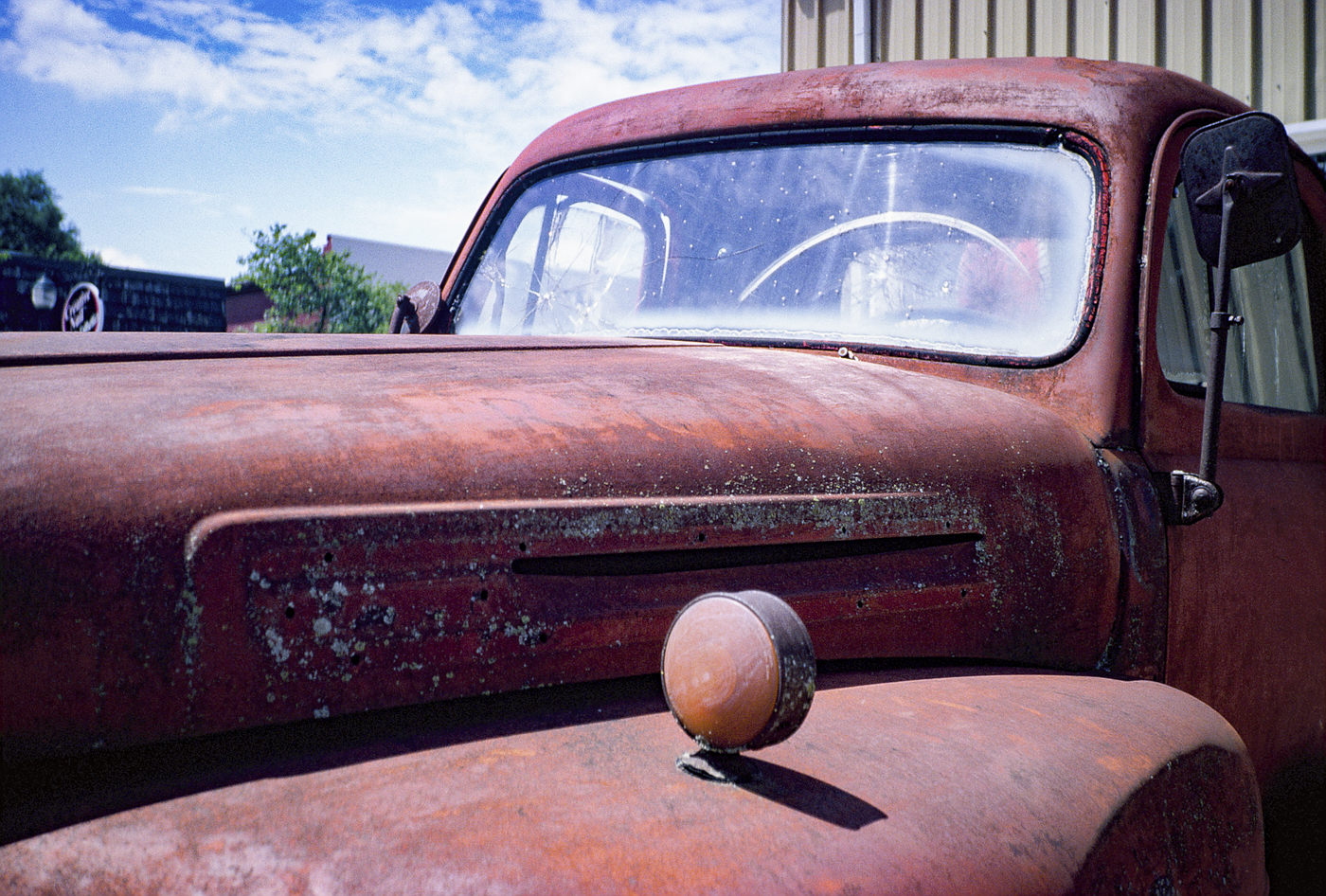 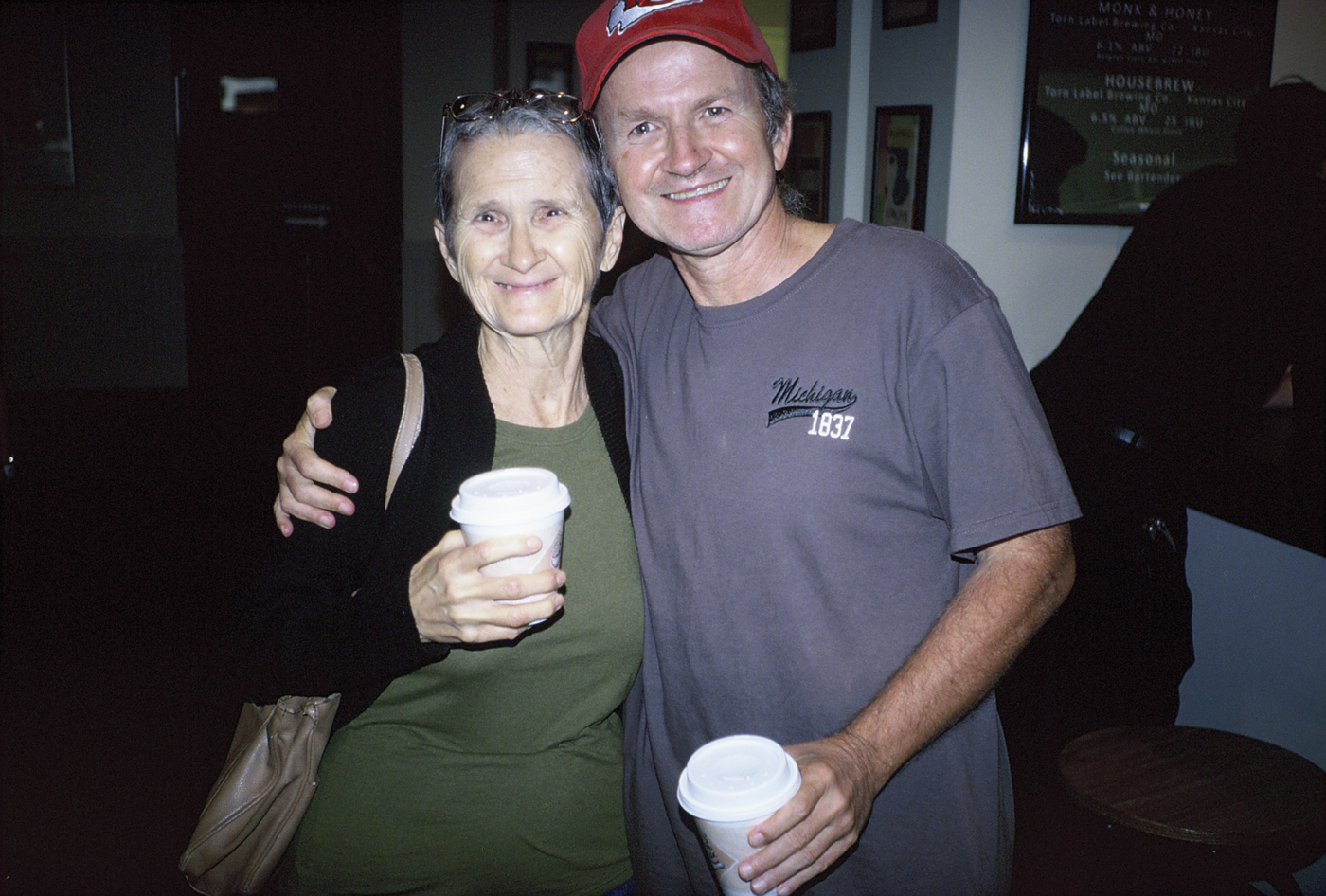 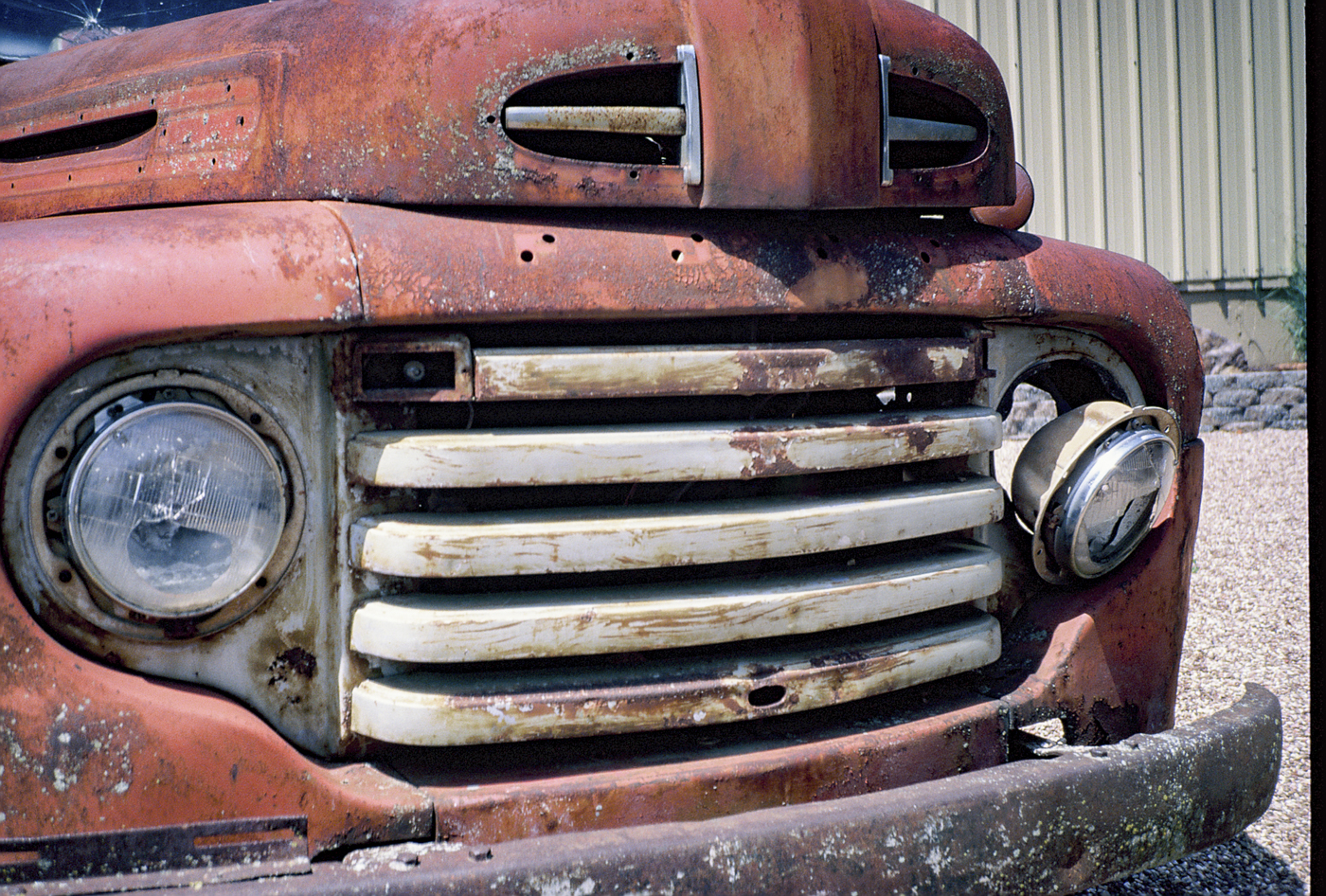 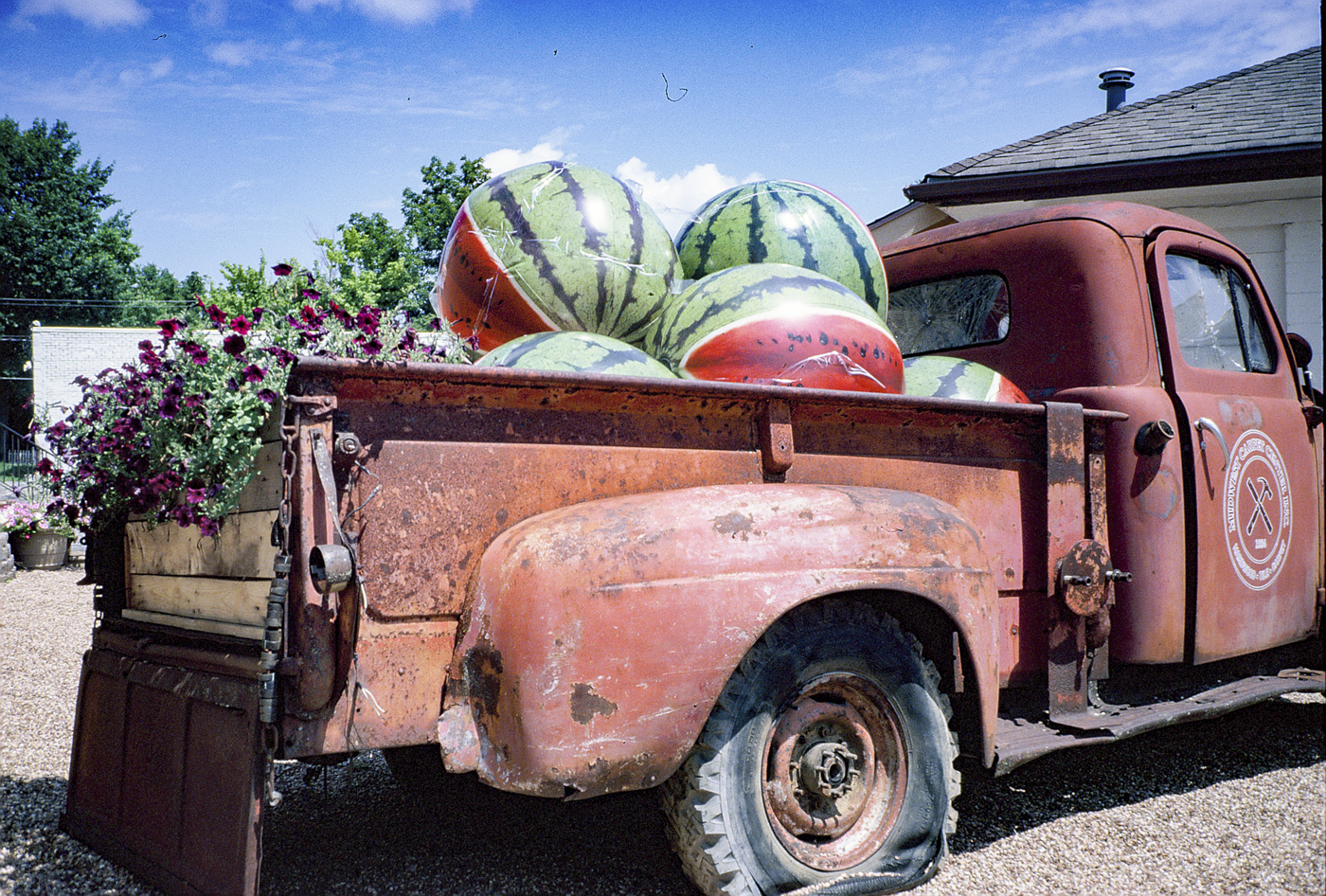 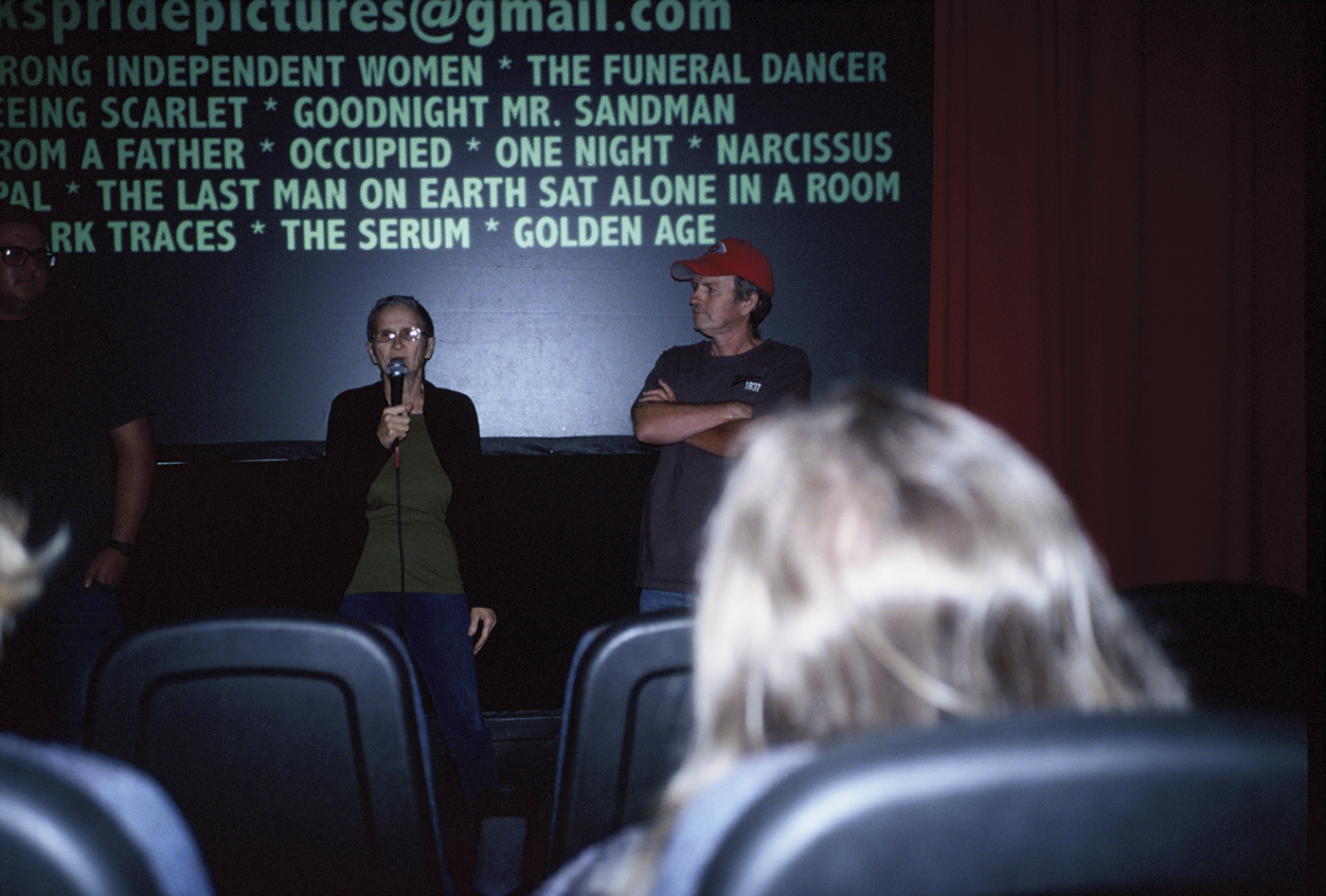 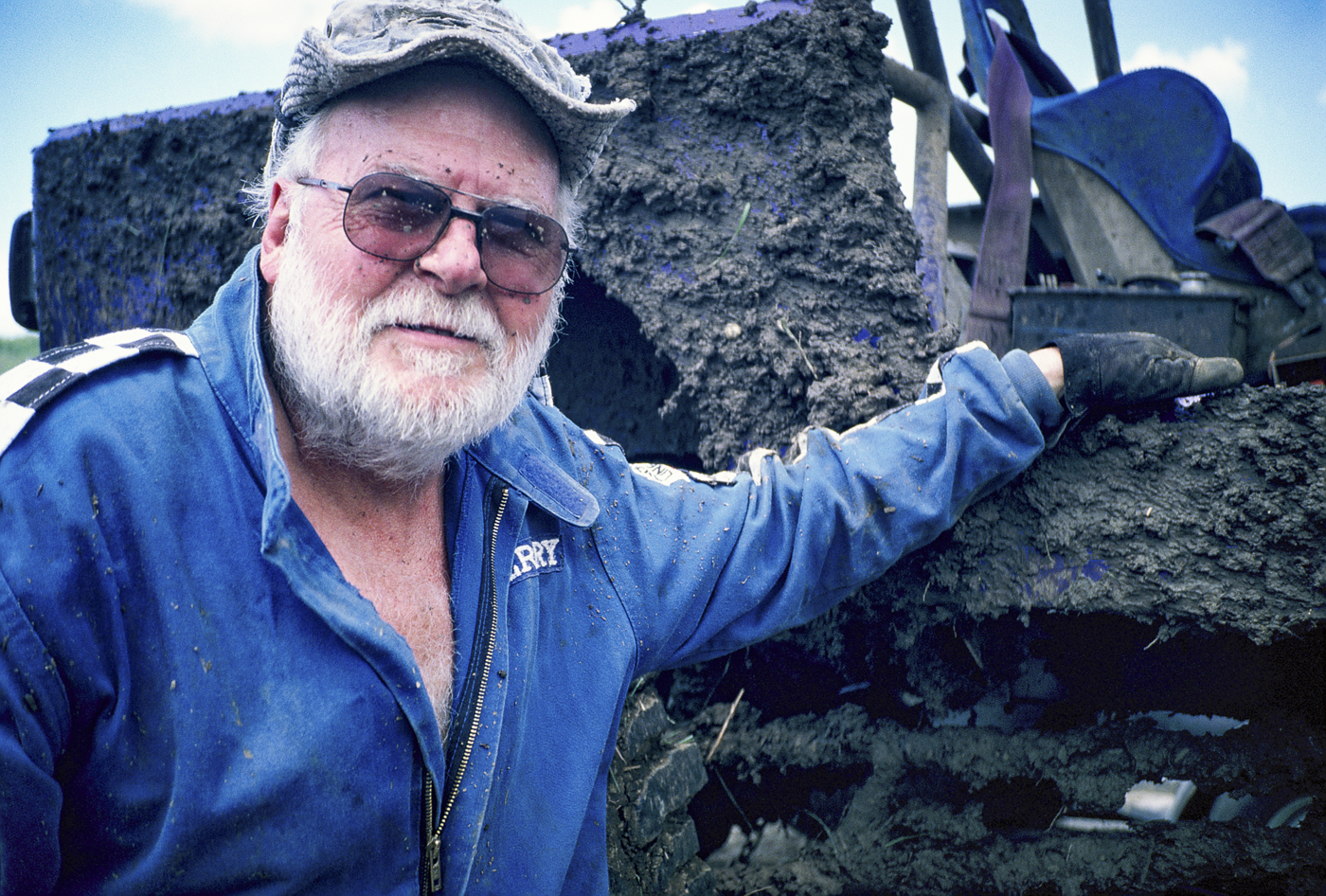 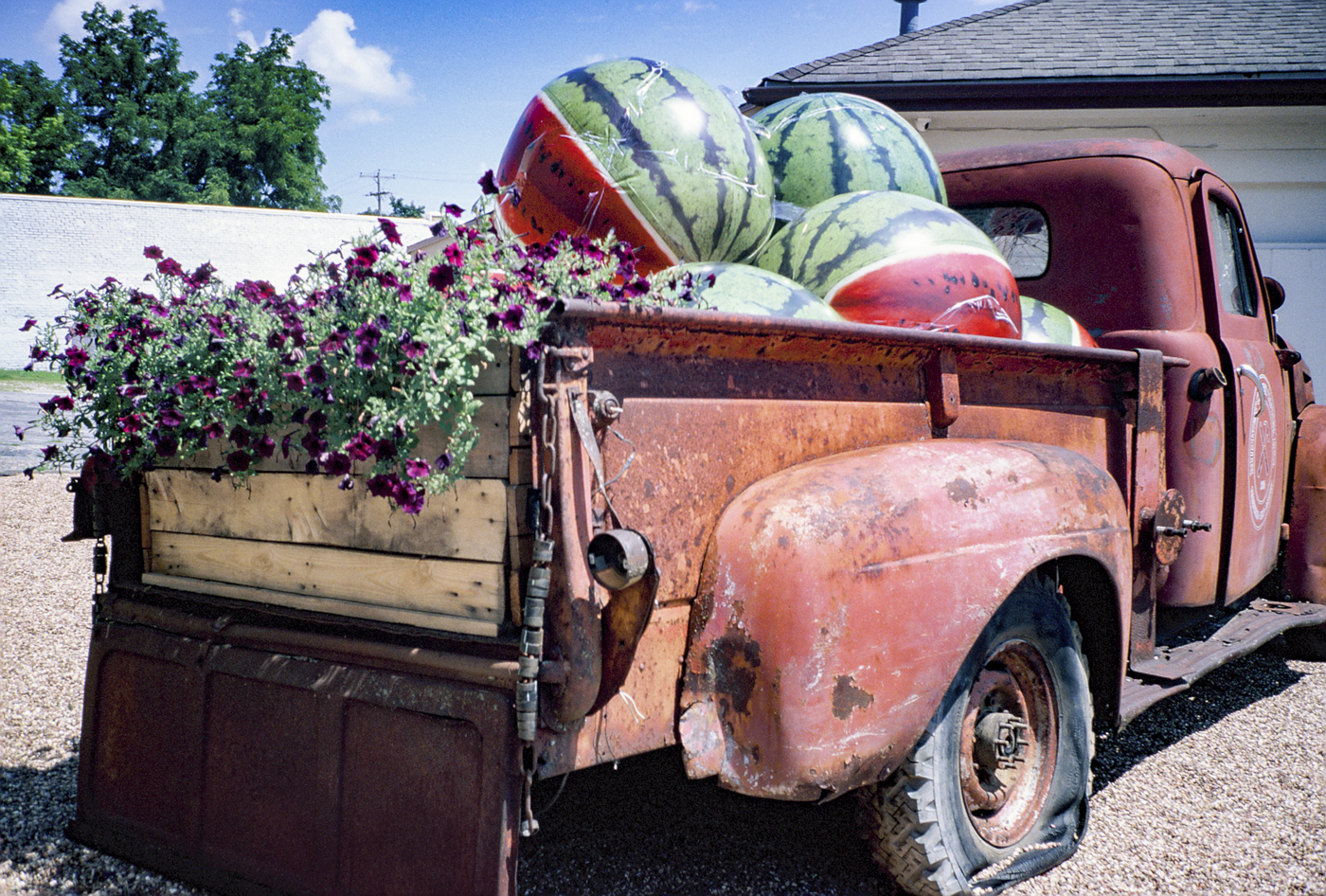 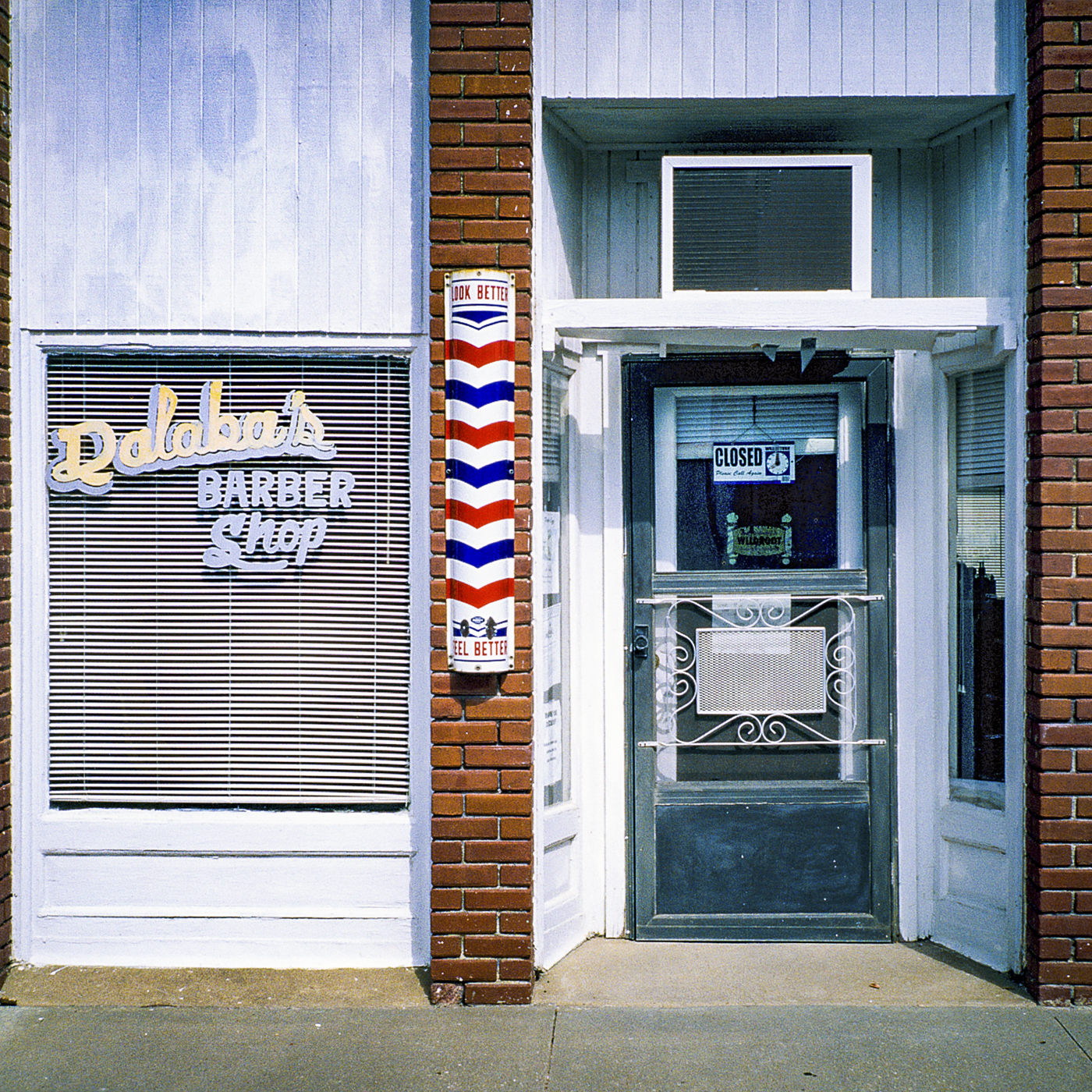 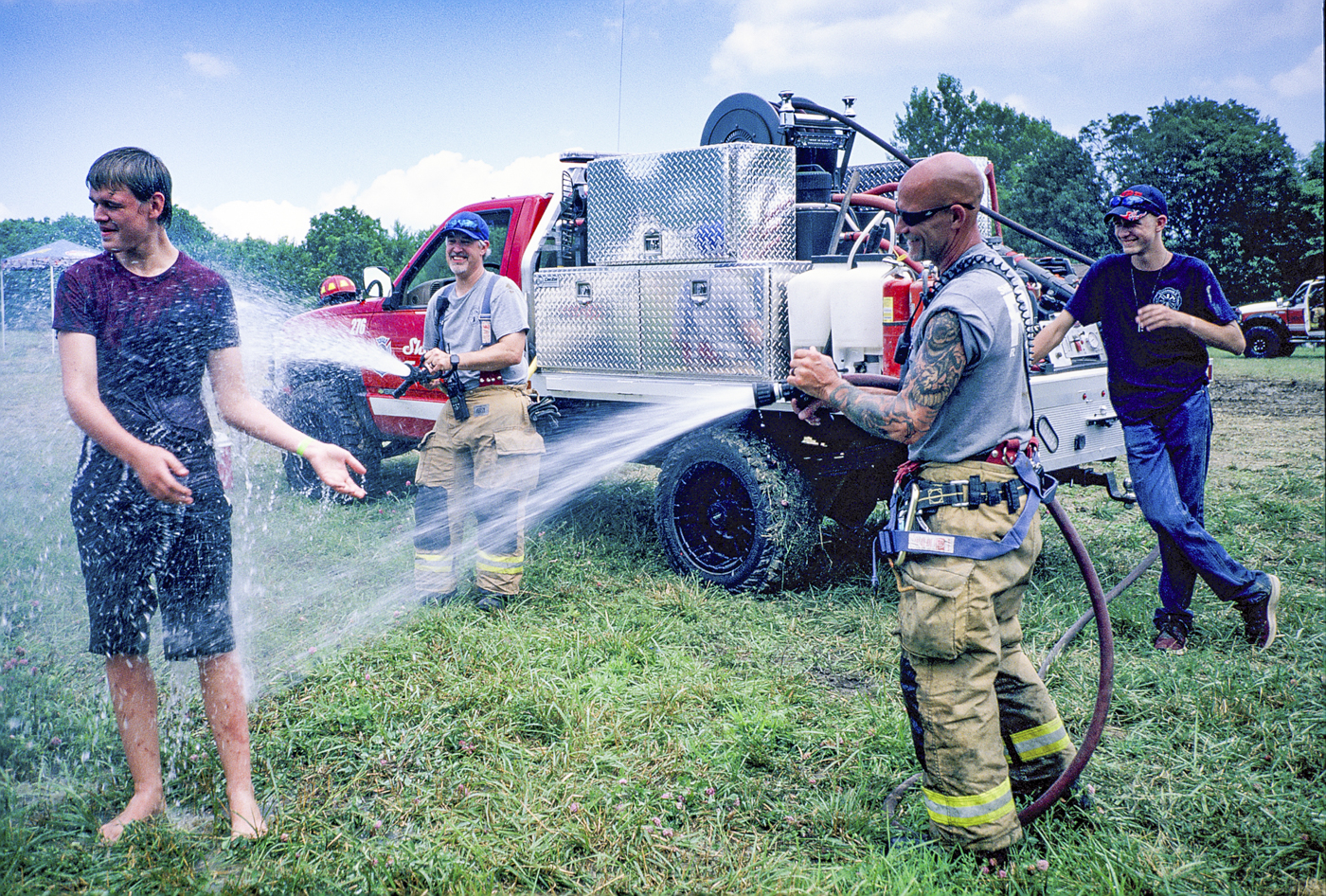 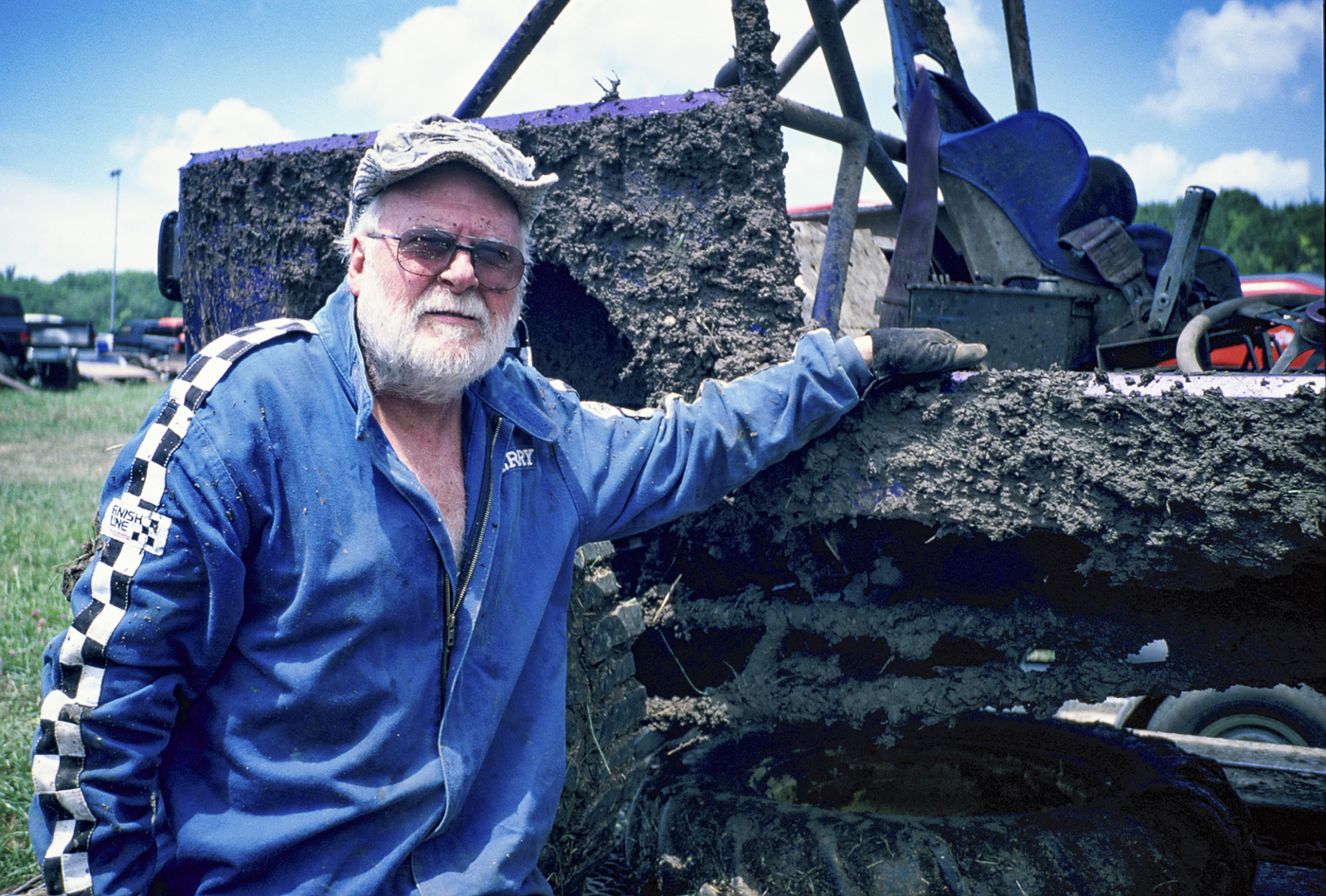 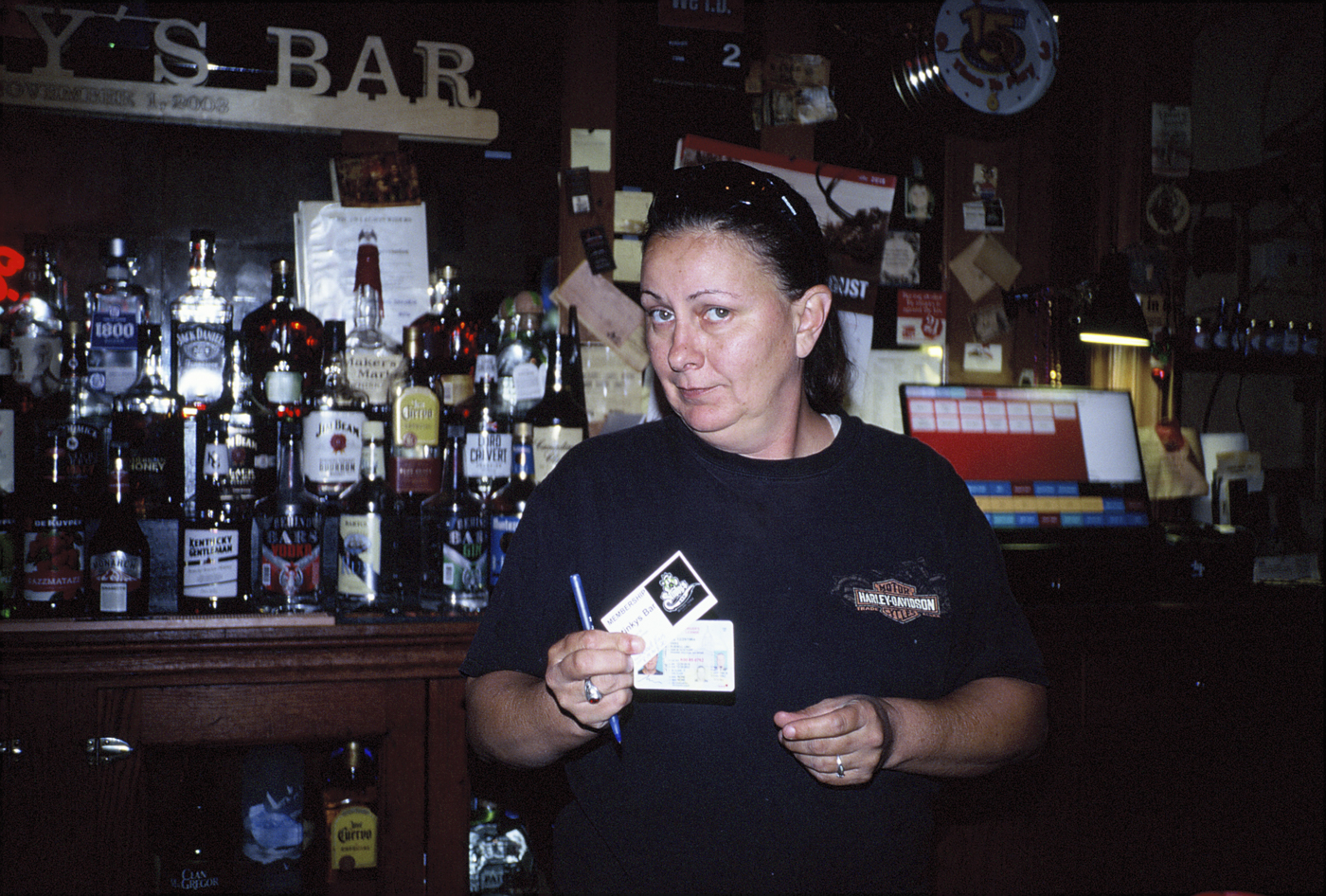 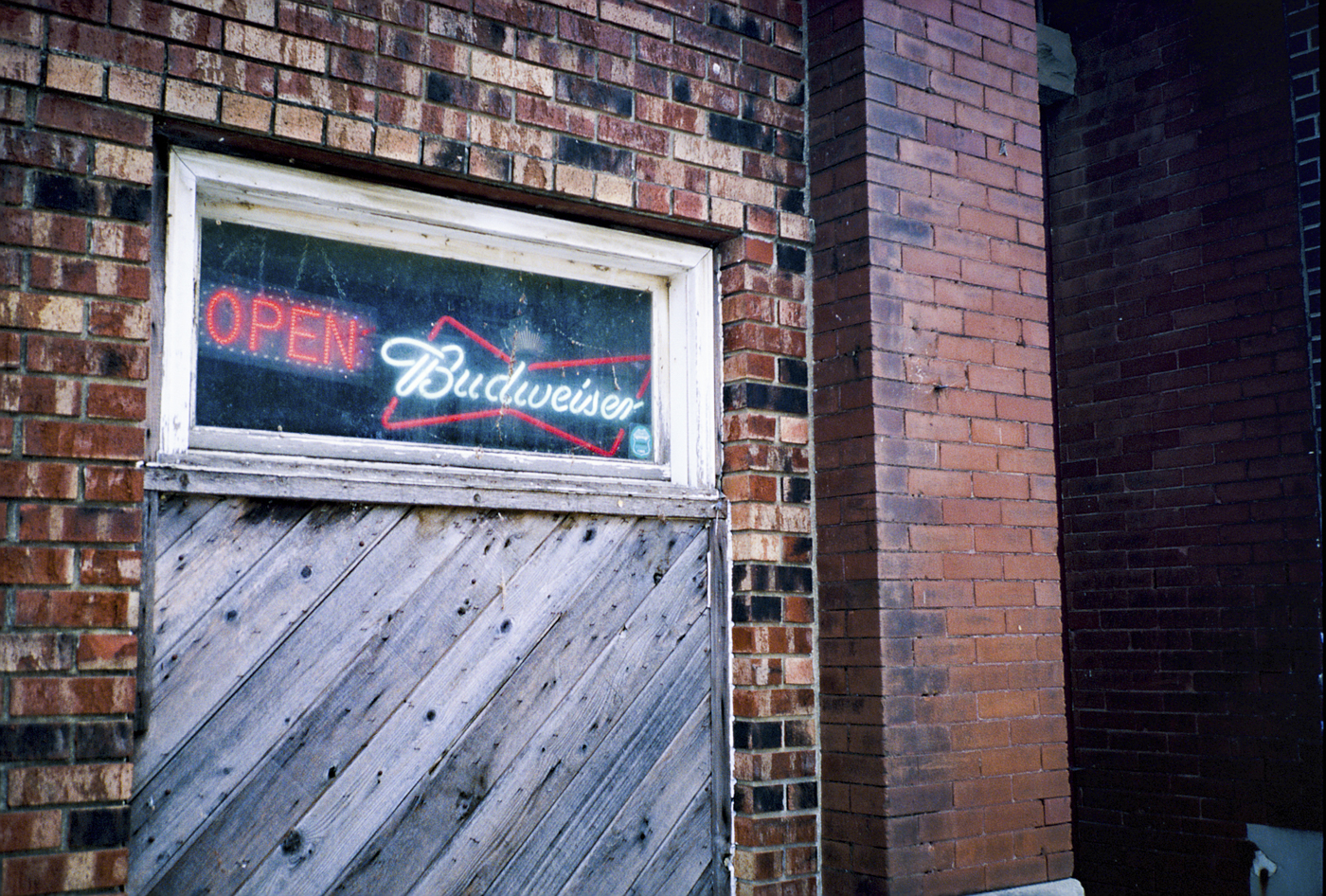 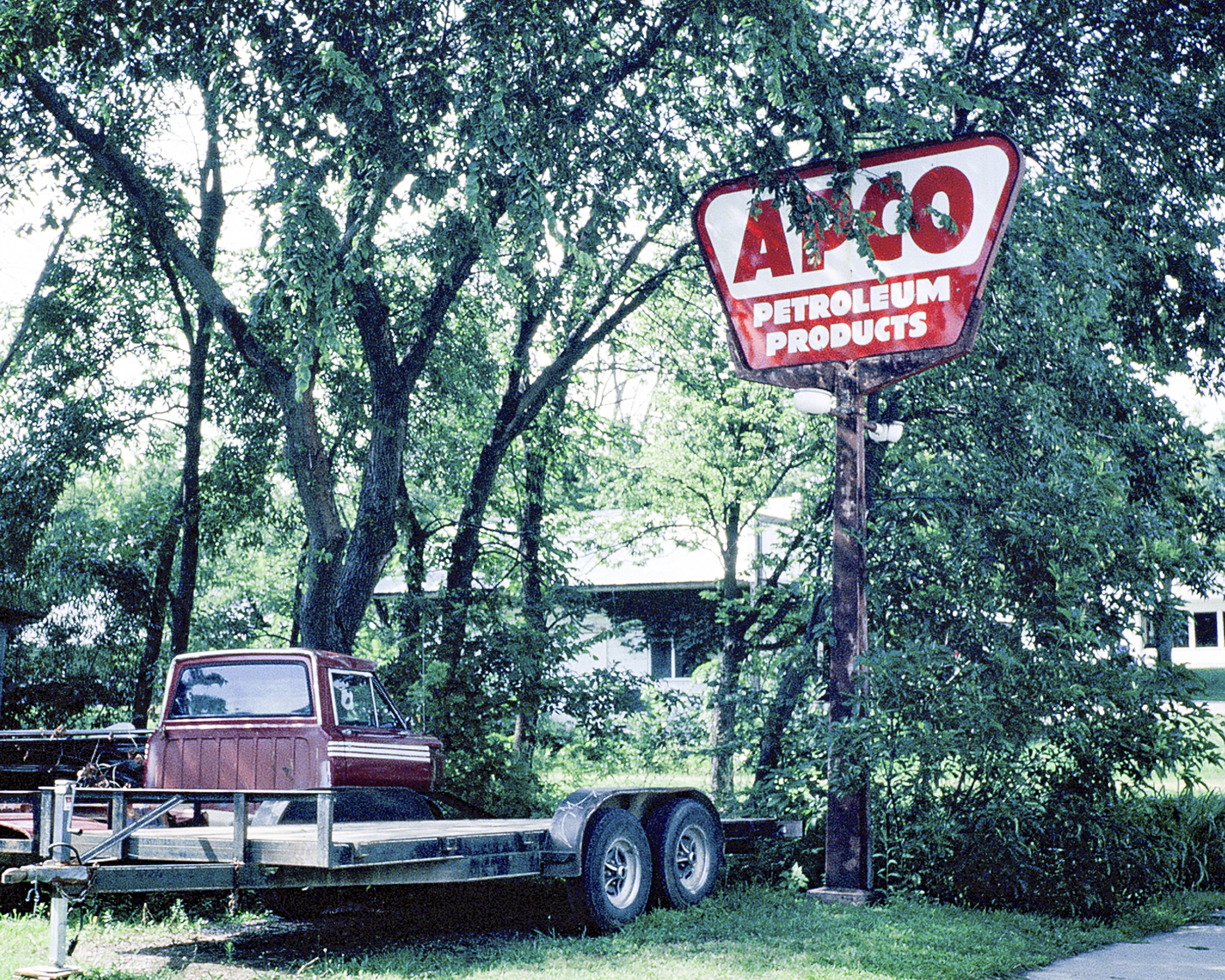 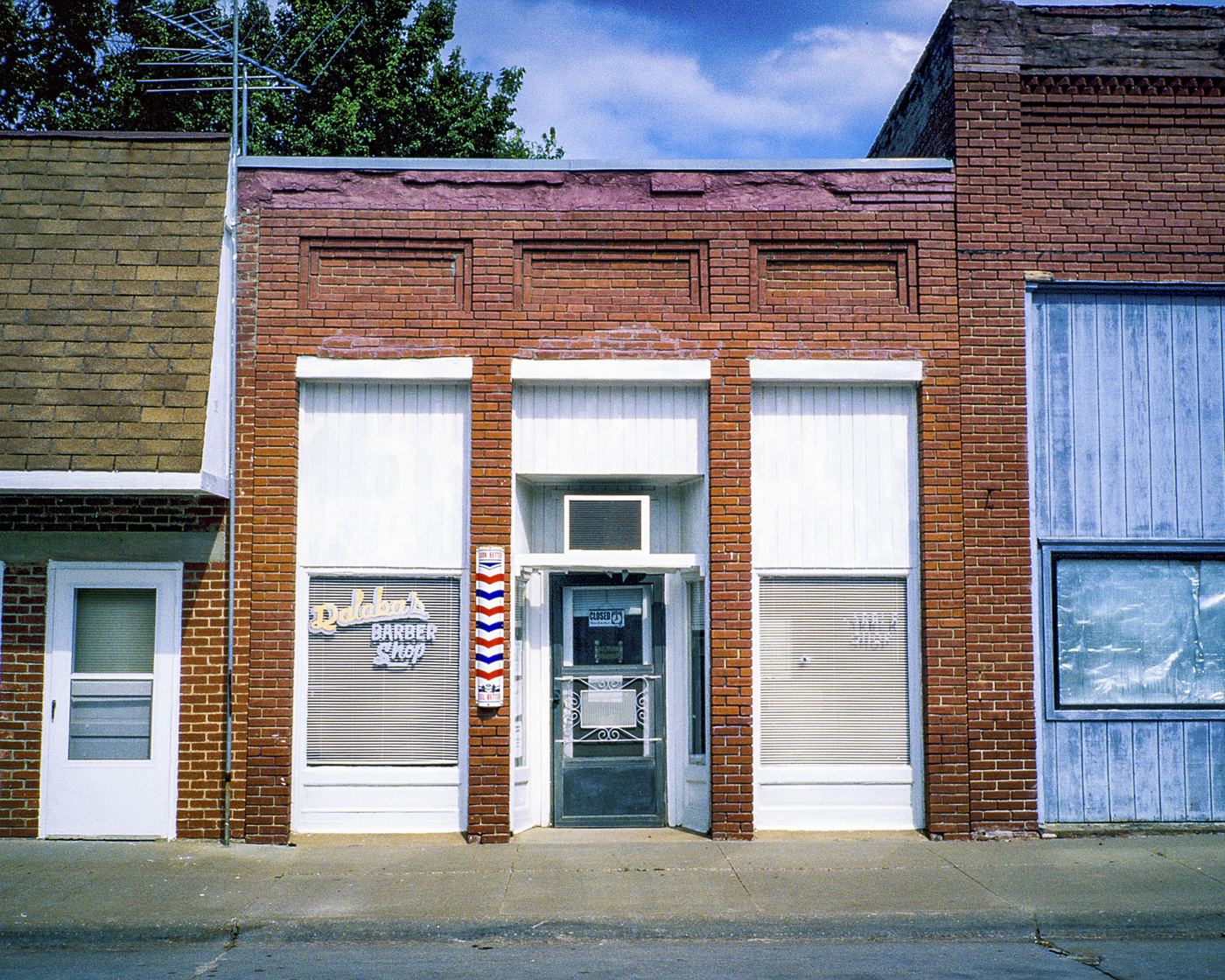 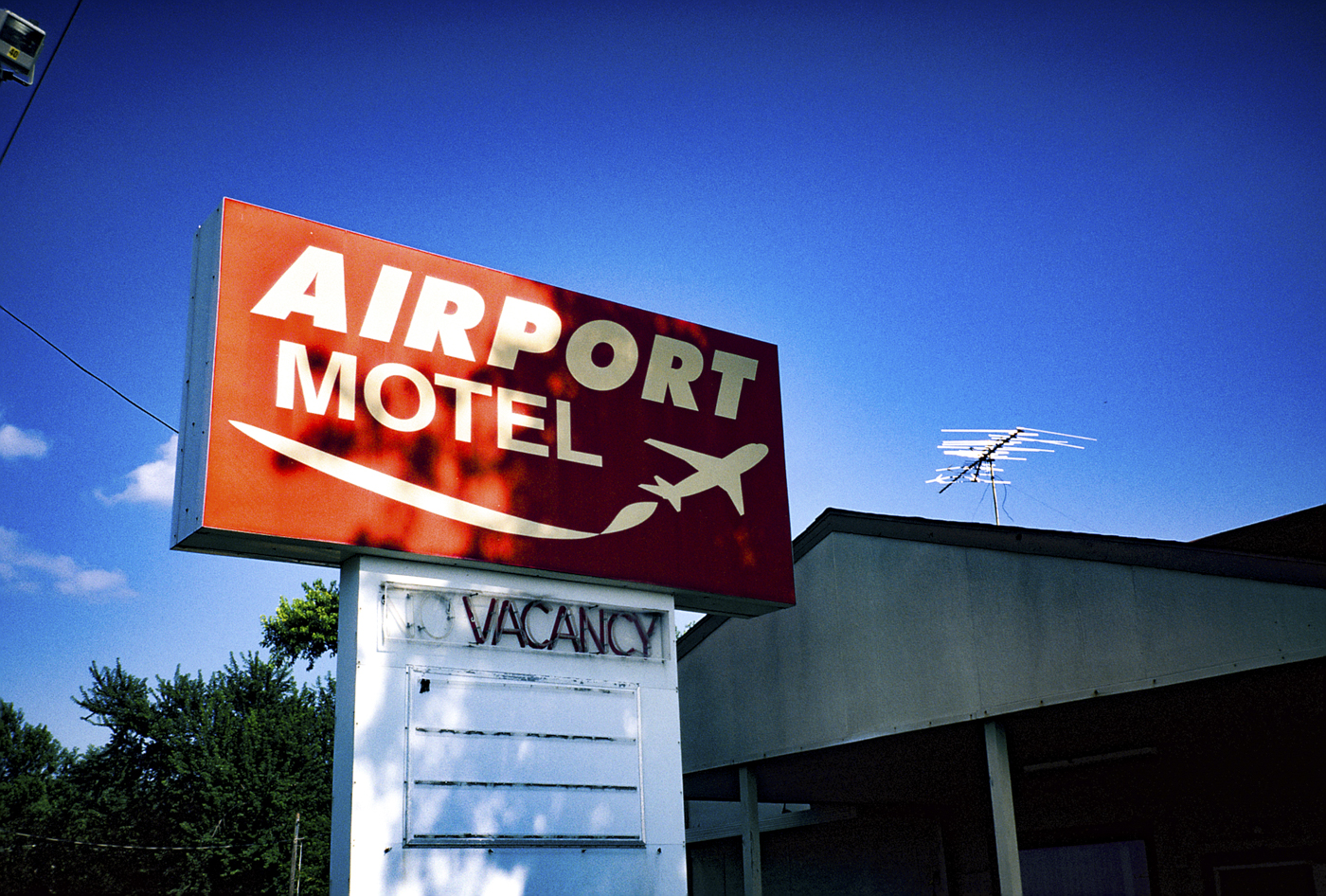 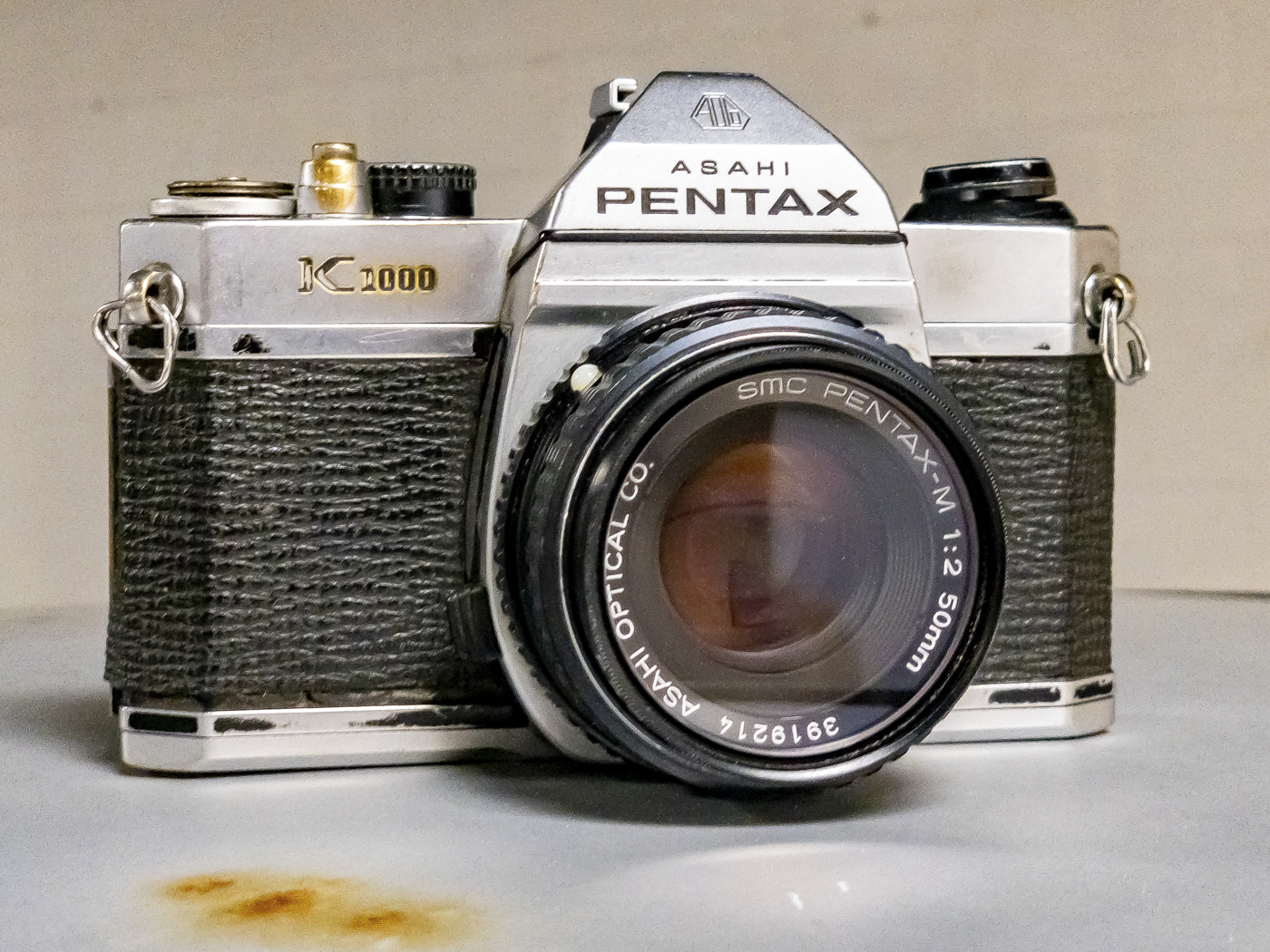 I woke up around 6:00 am this particular Thursday in June, and I headed straight for the coffee. While sipping my first cup, I perused Facebook Marketplace to see what was out there.Someone had advert 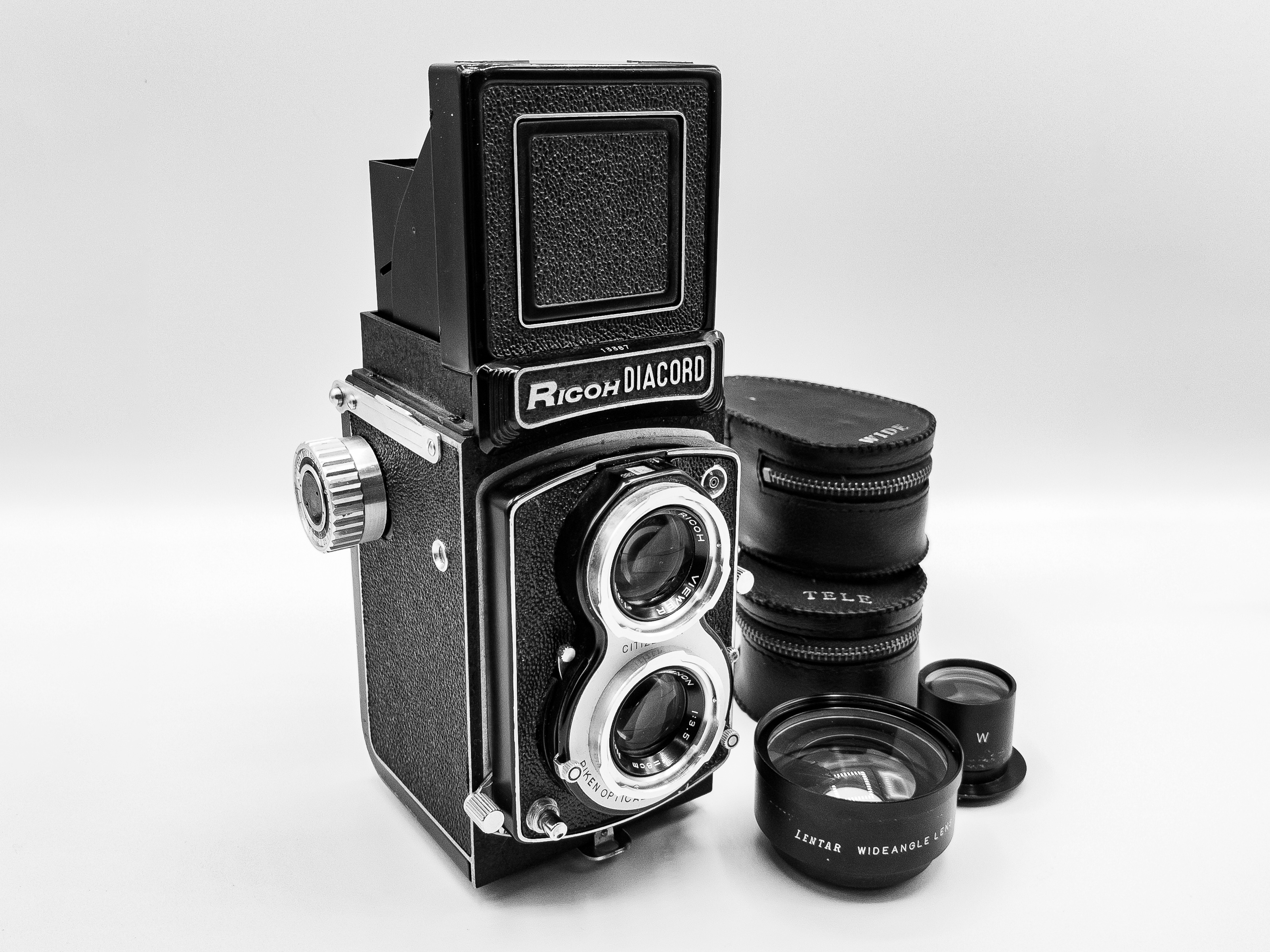 I blame Vivian Maier for my first Twin Lens Reflex (TLR) camera, a RicohDIACORD. Seeing her work and her selfies holding her Rolleiflex, I just HAD to try one out. 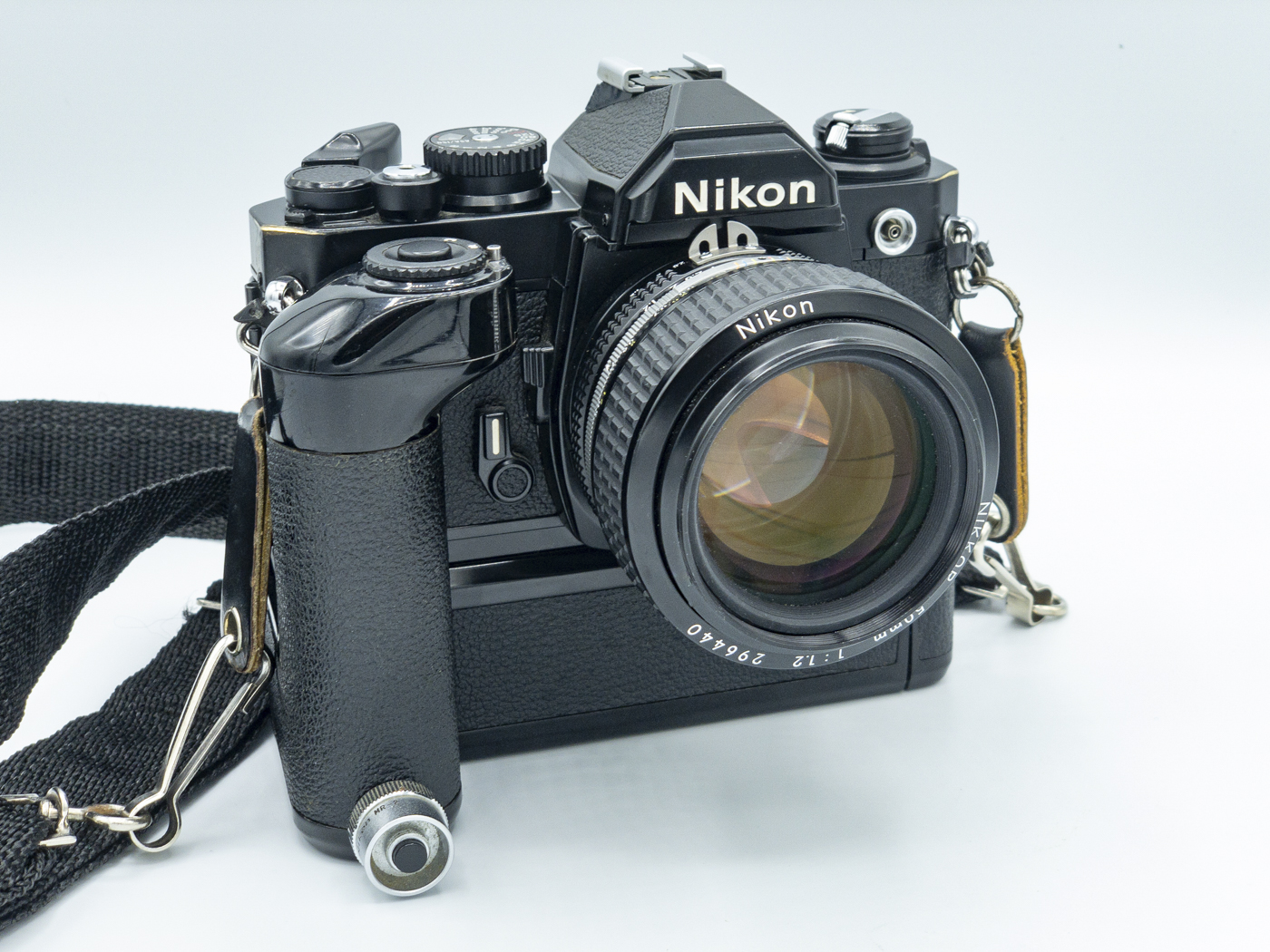 To Sell…Mark Sanderson called and told me he decided to sell his Nikon FM2n. “I don’t like the light meter,” he told me.Then the conversation got really focused on the likes and dislikes, ins and outs