Mark Sanderson called and told me he decided to sell his Nikon FM2n.

Then the conversation got really focused on the likes and dislikes, ins and outs, movers and shakers, and dos and donts of light meters on old SLR film cameras. It was a conversation only camera geeks could spend that much time on.

“Oh, I don’t like that, either,” I chimed in, mustering up as much anger toward the topic as possible. “When you’re on plus, you don’t know how much plus you’re over,” I exclaimed.

“I agree totally, give me match needle any day,” I concluded. “I’m selling mine, too.”

But it wasn’t really concluded. We belabored the topic and beat that dead horse until it was clearly established we hated the dot and preferred match needle.

If you’ve not looked through the viewfinder of an FM2n, you may not know what I’m talking about, but Nikon gave us a really simple interface for through the lens (TTL) exposure metering…the aforementioned red dot (proper exposure) with a “+” above it (overexposed) and a “—” (underexposed) and that’s it. Well, there’s a little window at the top with the aperture setting and another small one to the left with shutter, but it’s pretty basic.

There’s something nice about keeping it simple, don’t get me wrong. And this camera is simple. It’s fully manual with no whistles or bells. Other than it’s probably indestructible. And cool looking. And really nice to shoot.

The problem for me, and Mark seems to agree, is that when I just see a big red +, I don’t know how +. Just a couple of F-stops? Do I need to throttle down a few shutter speeds, too? With match needle, I can see if I’m one, two, three, or more over, or under, and adjust quicker on just opening up a couple of f-stops or if I need to pull the camera from my face and adjust shutter, too.

AUTHOR’S NOTE: Author is unsure if he’s made his preference for match needle clear enough, yet.

Or Not to Sell

Before listing mine, I decided to take her for one final spin and see what I thought.

Nikon’s FM2n came out in 1983/84, just a year after the FM2 was introduced. The FM had been out since 1977, and the FM family stayed in production until 2001. One feature that kept it in demand for so long, even after more technologically advanced cameras were on the market, is durability. This thing is a tank (by 1980s standards).

It was made with more metal parts than others on the market. I picked up my FE2 in one hand and my FM2n in the other. I can feel the difference, no question. The FM2n is built with a copper-aluminum body and you can feel it.

One reason not to sell is it’s built for Kansas City weather. It is reported to reliably operate in temperature extremes of −40 °C to +50 °C, which is -40 to 150 fahrenheit.

Other features that photographers liked was an ASA setting as high as 6400 and a flash sync at 250. Since I rarely use a flash, this isn’t a feature for me, but if you’ve ever tried to photograph high school football under bad lights in the dark, it can matter for catching the action.

Anyone who travels and shoots, especially in remote areas, will appreciate that the batteries (two LR44, or equivalent) only power the meter. The camera is fully functional without them. During this period, this simple, retro feature was HUGE for some photographers. A Canon AE-1, or A-1 (and most other brands of the time) can’t even fire without the battery (better carry a spare). The Nikon FG required the battery, but had a reserve setting of 90 shutter speed that didn’t require a battery, kind of like “limp mode” on newer cars. But for someone in remote parts of the world, this feature alone kept this camera in the Nikon lineup.

The week I took the FM2n out for a spin, my buddy Jonathan had come to town from Zurich, and we were bopping around town and rural areas of Missouri. Because the weather was so nice, I seldom needed the meter as I just applied the “Sunny 16” rule and I was golden. I found that my dislike of the meter stopped being a reason to get rid of the camera. I was enjoying it.

This is the feature that made me rethink selling it.

I like a shallow depth of field. I also like to put the fastest lenses I can own on the cameras I’m shooting. This week, for example, I was sporting a 50mm 1.2 lens on the FM2n.

But if I can set the shutter at 4000, that allows me to easily open the lens to 4…in the bright sun. With a little cloud or some shade I can open even more.

The early FM2n, like mine, uses the same honeycomb titanium shutter as the FM. It worked well, but it was brittle. Mark was telling me about the time he was messing with the inside of his and ran his thumb through the shutter. It looks durable, but not if you shove fingers into it. The later models switched to an aluminum screen which was much stronger. I’ve had no problems with mine and I kind of like the look of the honeycomb pattern.

After two rolls of film, I was loving this camera and had decided not to sell it, almost exclusively for this feature.

This morning I was on a call with Sanderson and was saying I had changed my mind.

“I’m not going to sell the FM2n,” I said, and moved the conversation into overthinking the benefits of the 4000 shutter and “sunny 16” and the weight and on and on.

We batted a few models around.

“FG is 1000, as is the FA,” I inserted as I’m looking through my collection of Nikons. “Wait a minute!” I exclaimed. “The FE2 has 4000 shutter speed. Not only that, it has an aperture priority auto mode.”

Without thinking for more than a couple of seconds I told mark “I’m selling the FM2n!”

I know the FE2 isn’t as durable and reliable in extreme temps. I also know I’ll want to carry some spare batteries if I’m on the road for awhile. But that’s a price I’m willing to pay for that added benefit of an aperture priority setting and match-needle metering.

So this evening I listed my FM2n on eBay.

Or Not to Sell

As I write this article, I’m remembering how much I enjoy this camera…I can’t promise it will be on there tomorrow. 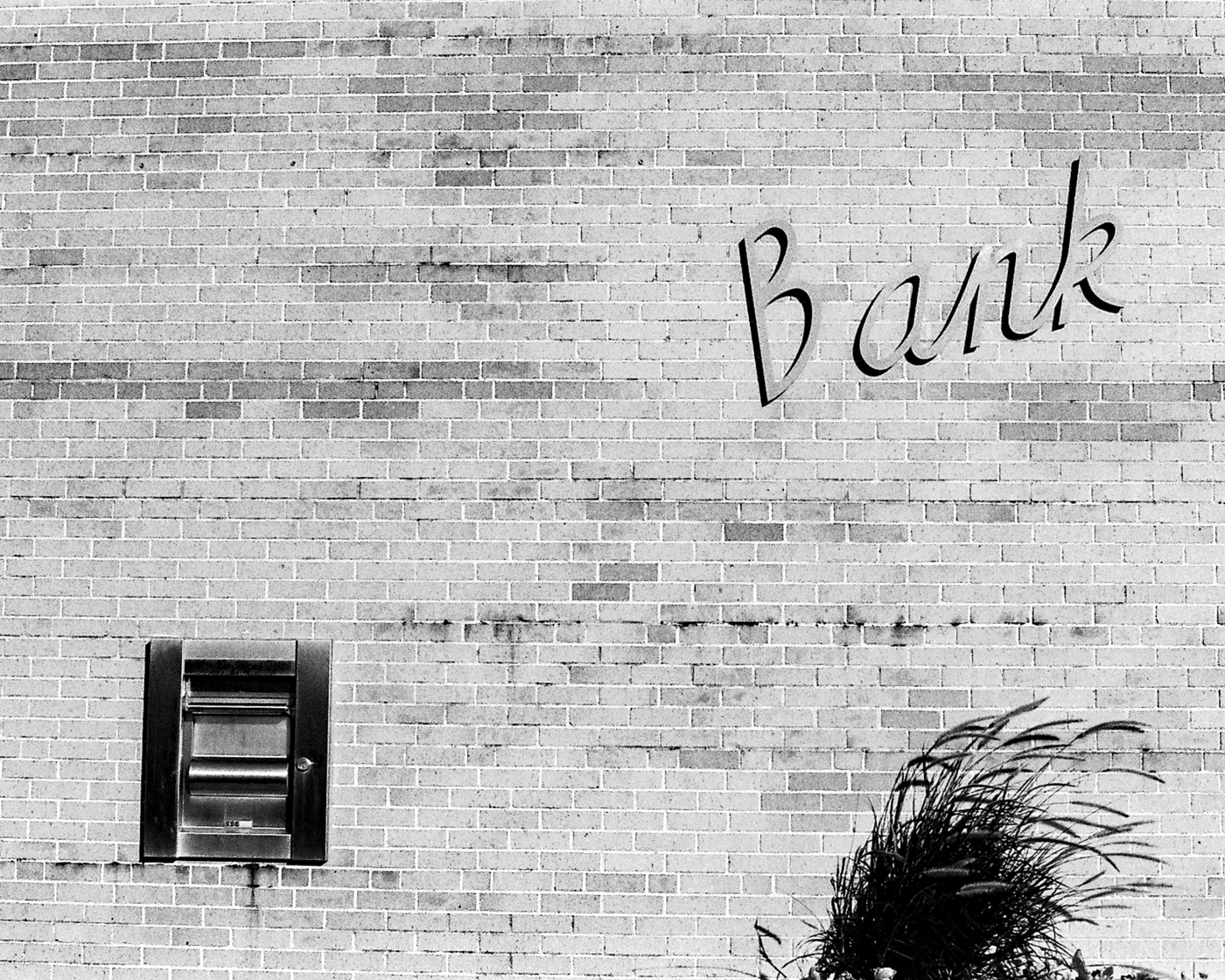 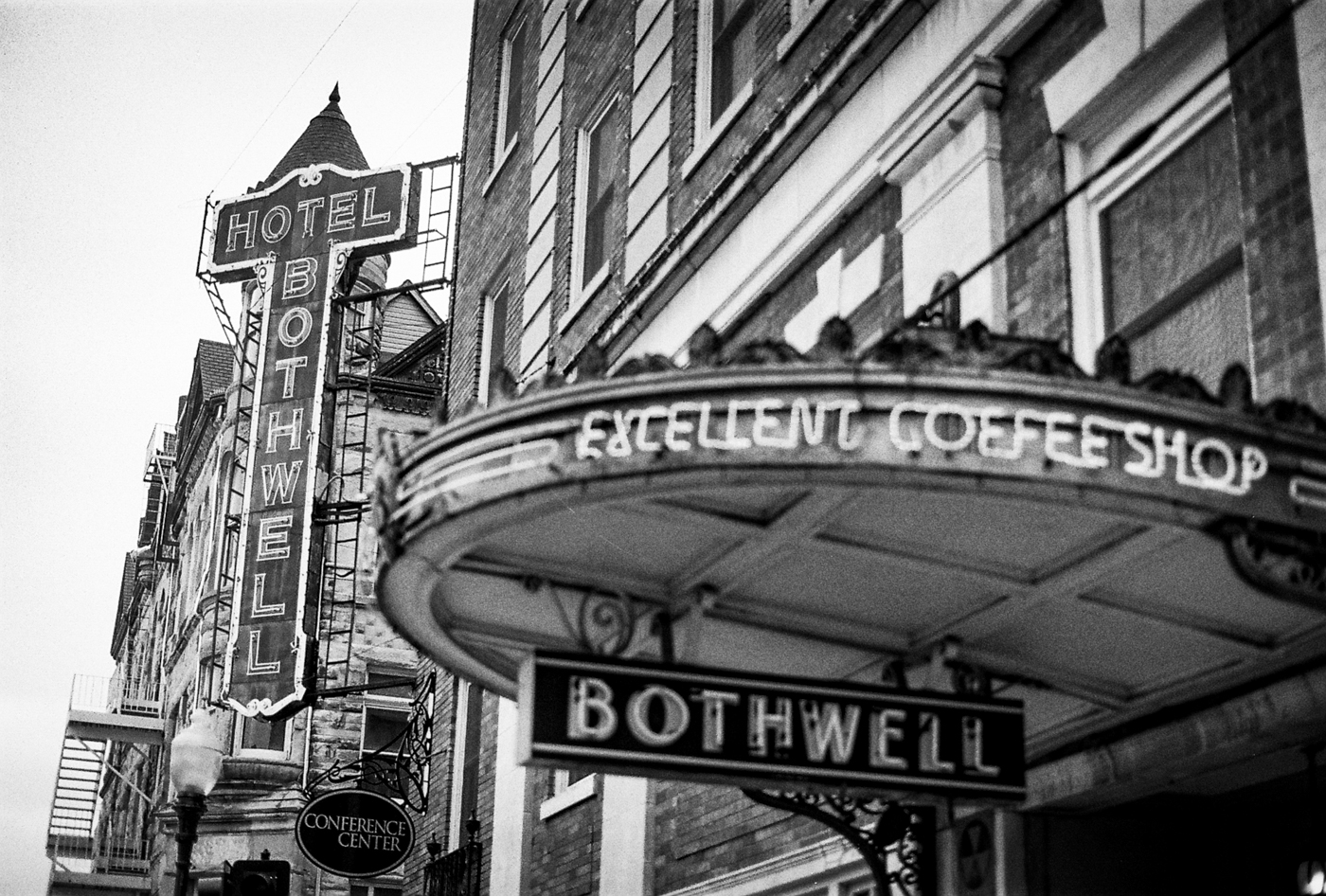 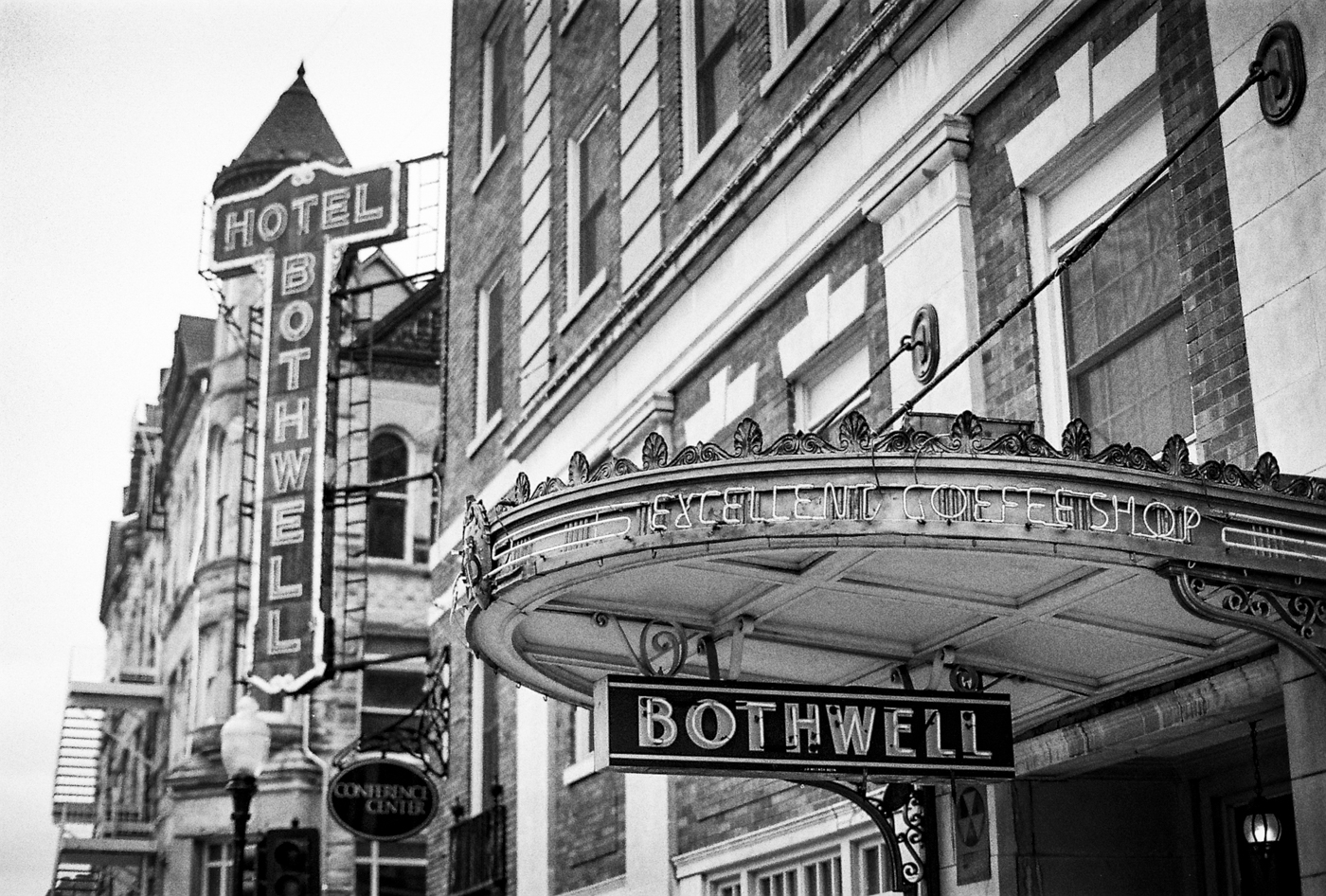 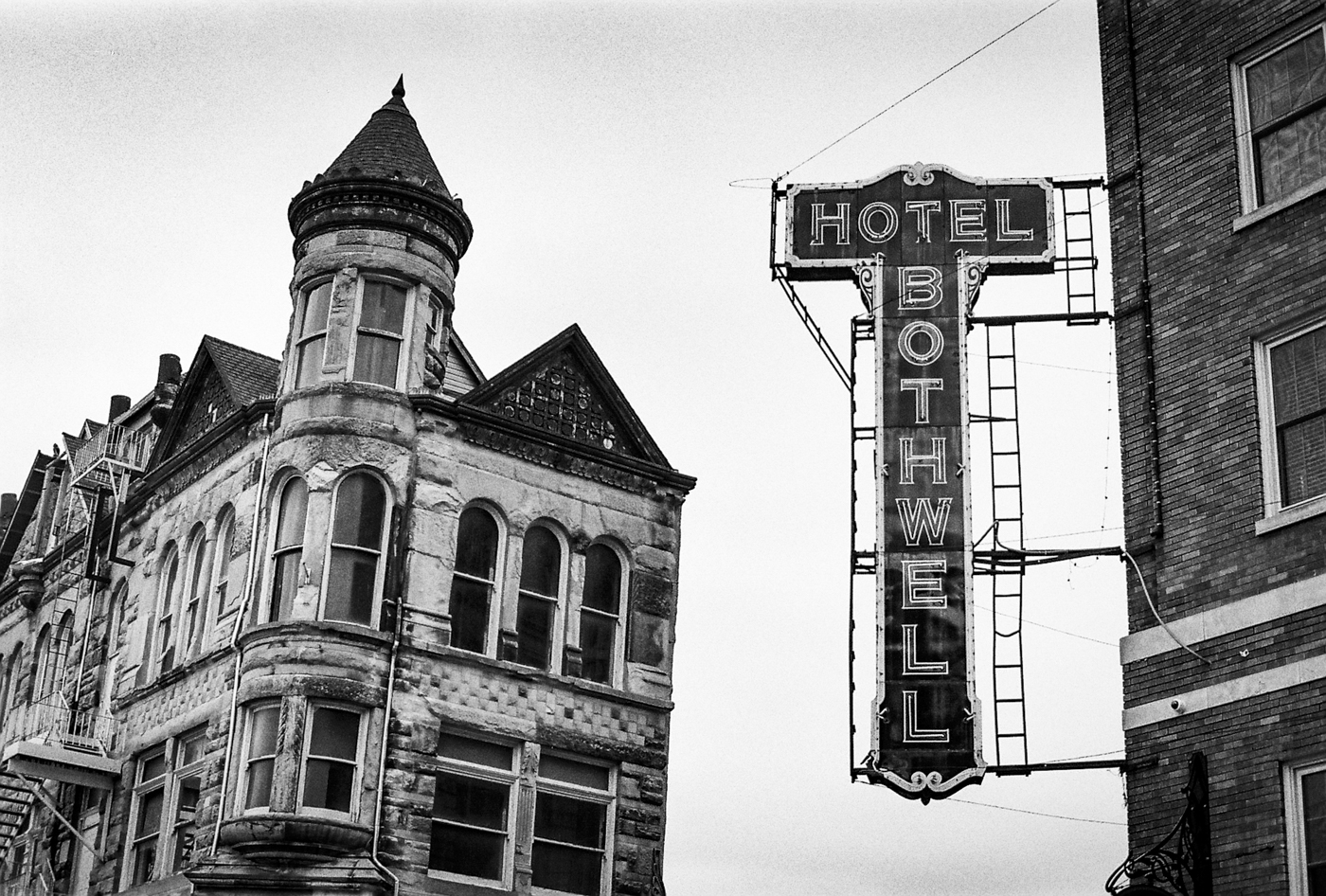 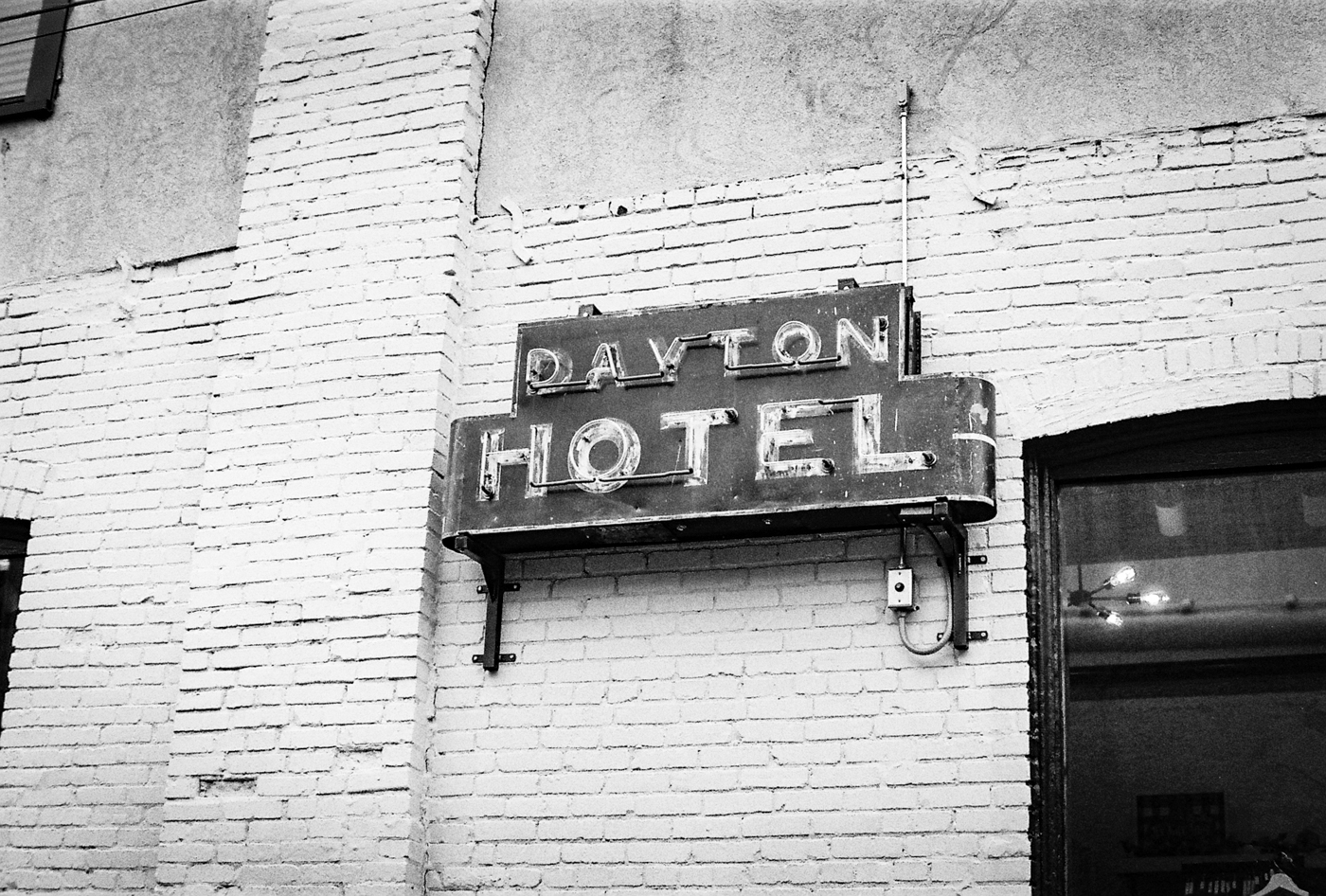 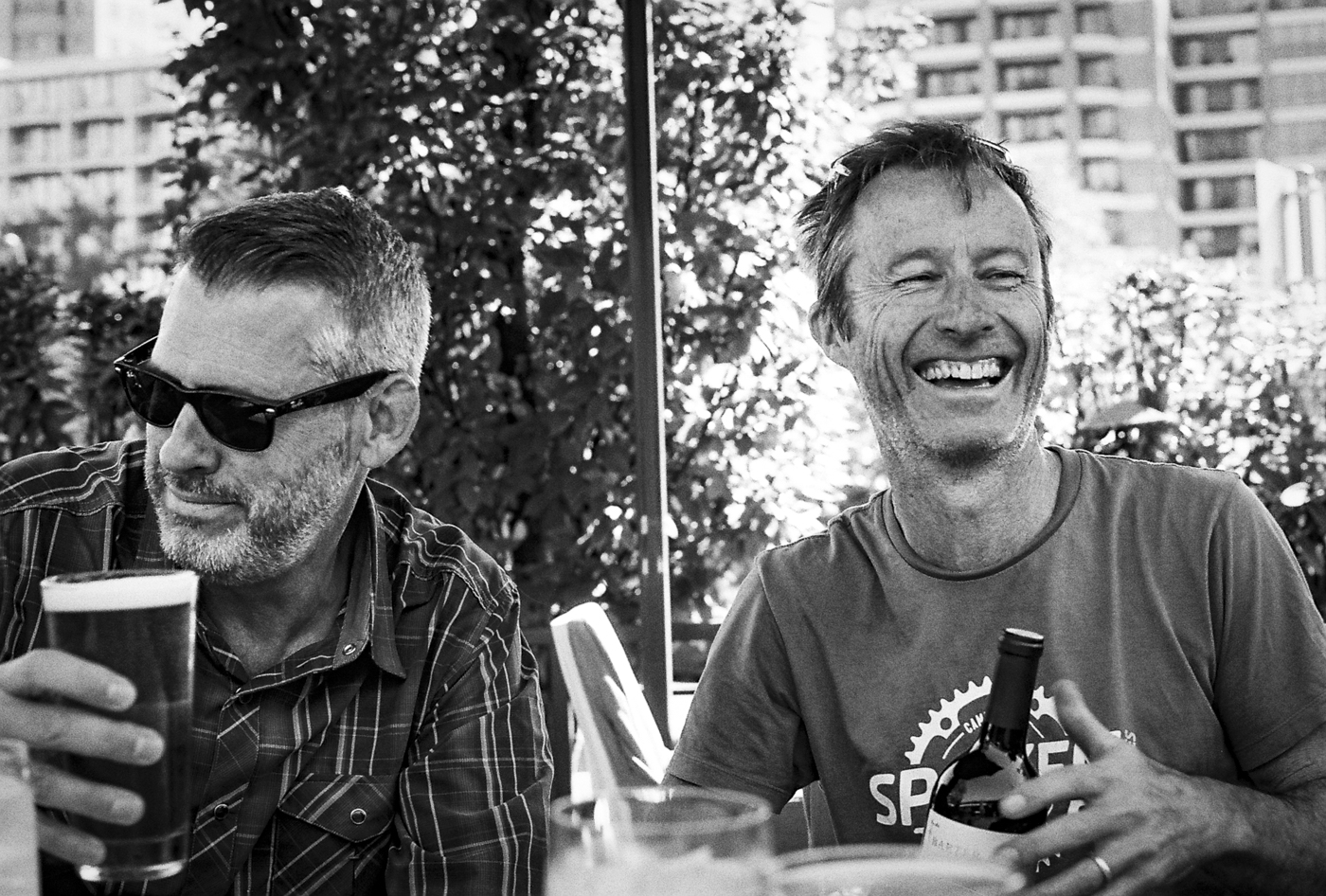 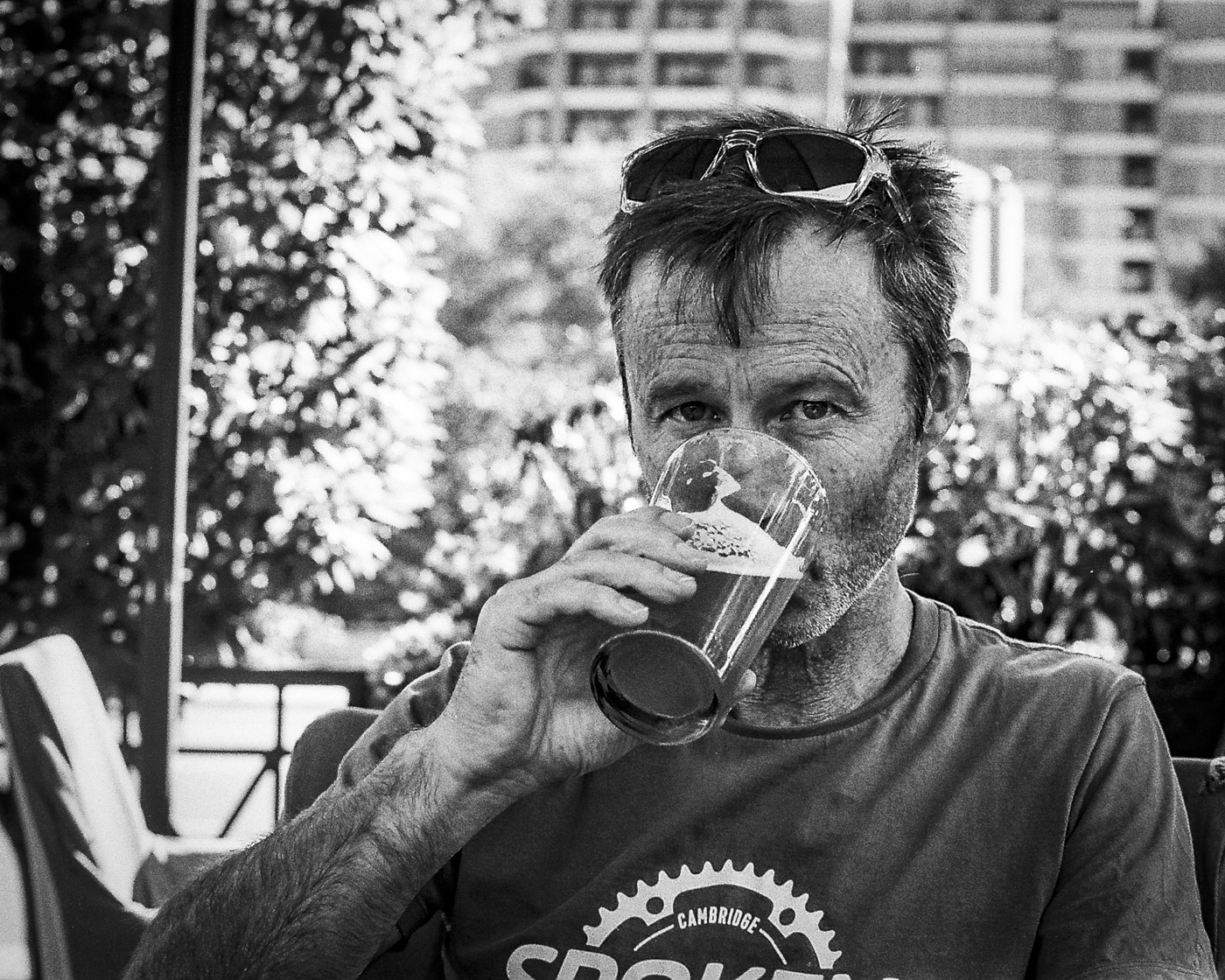 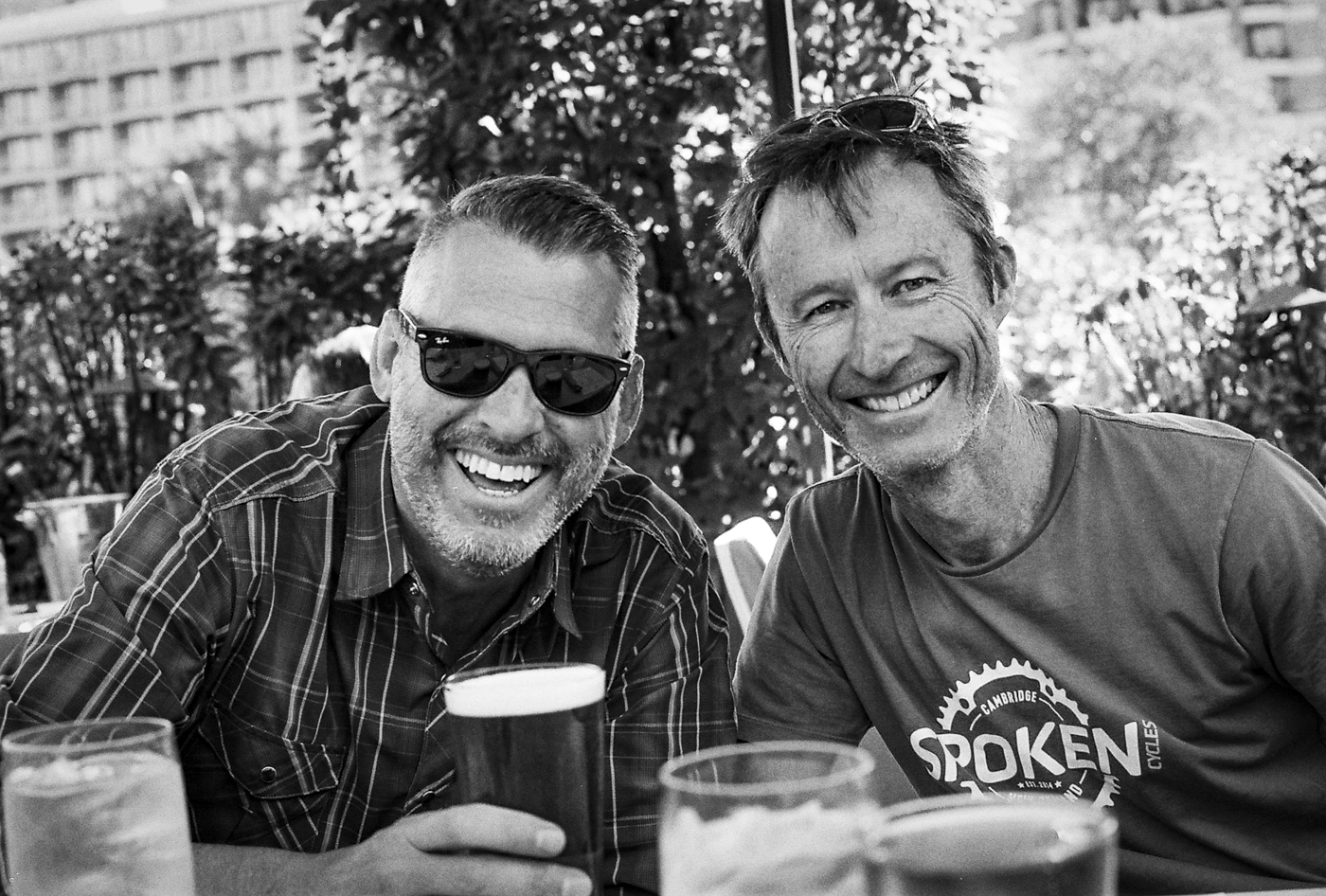 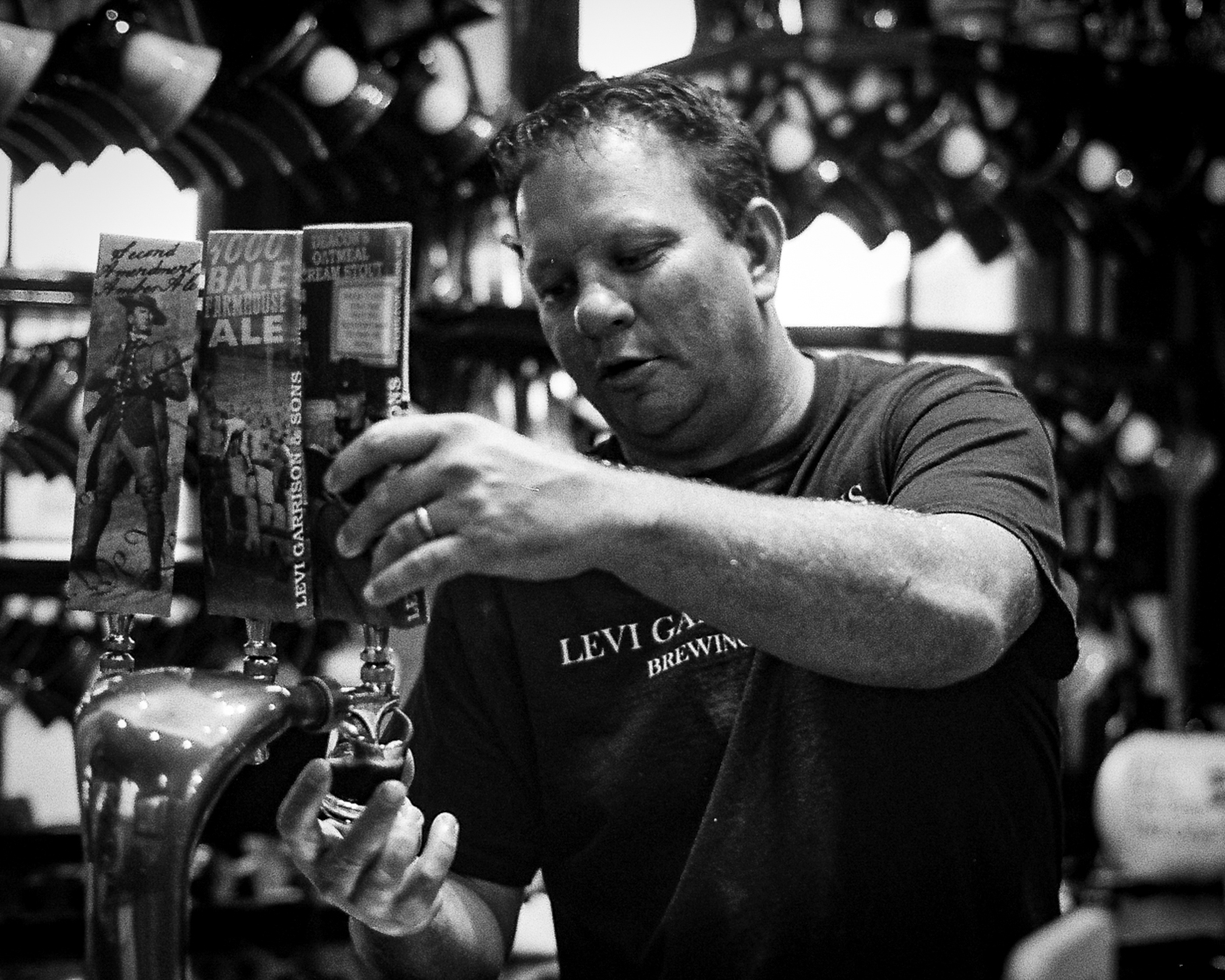 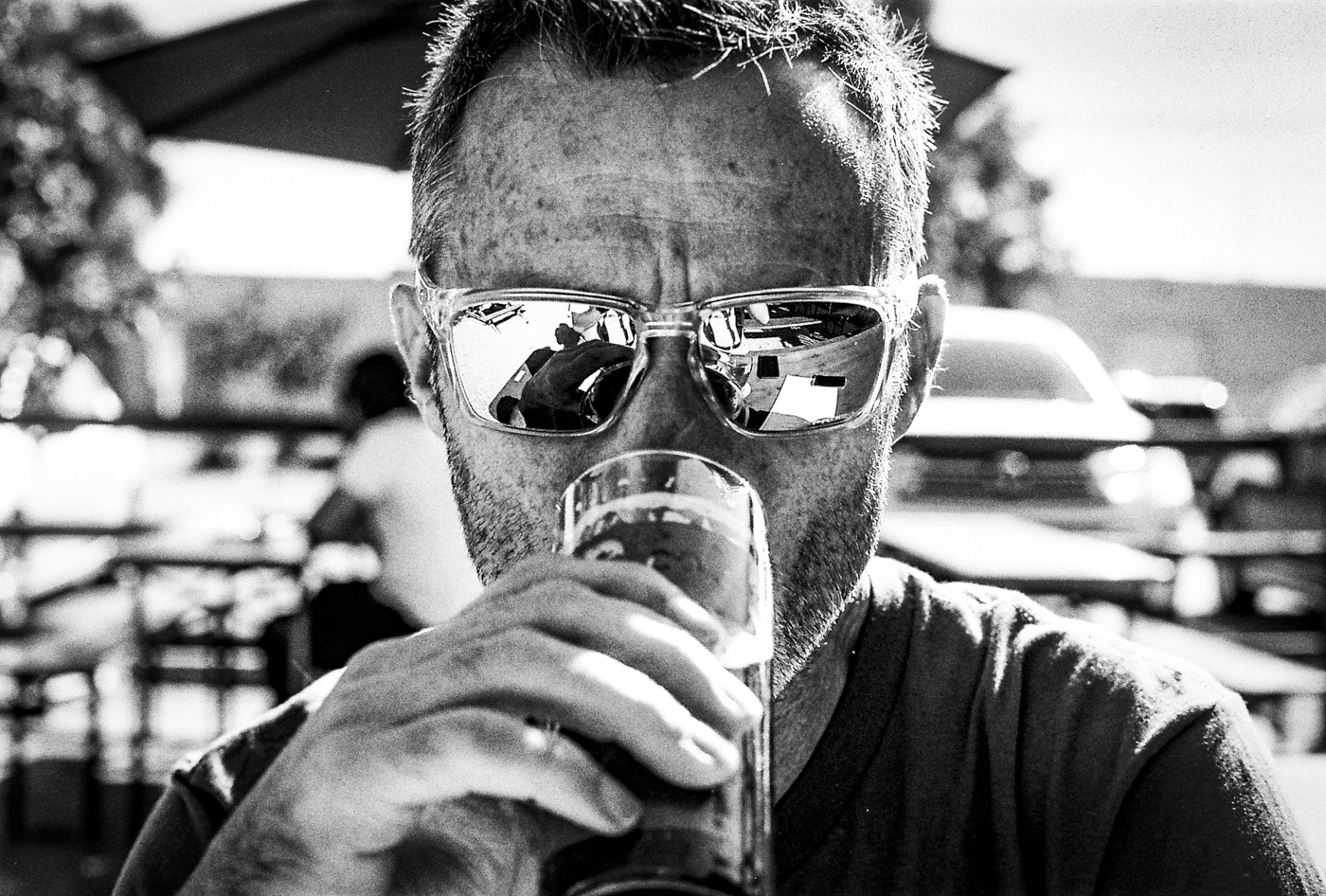 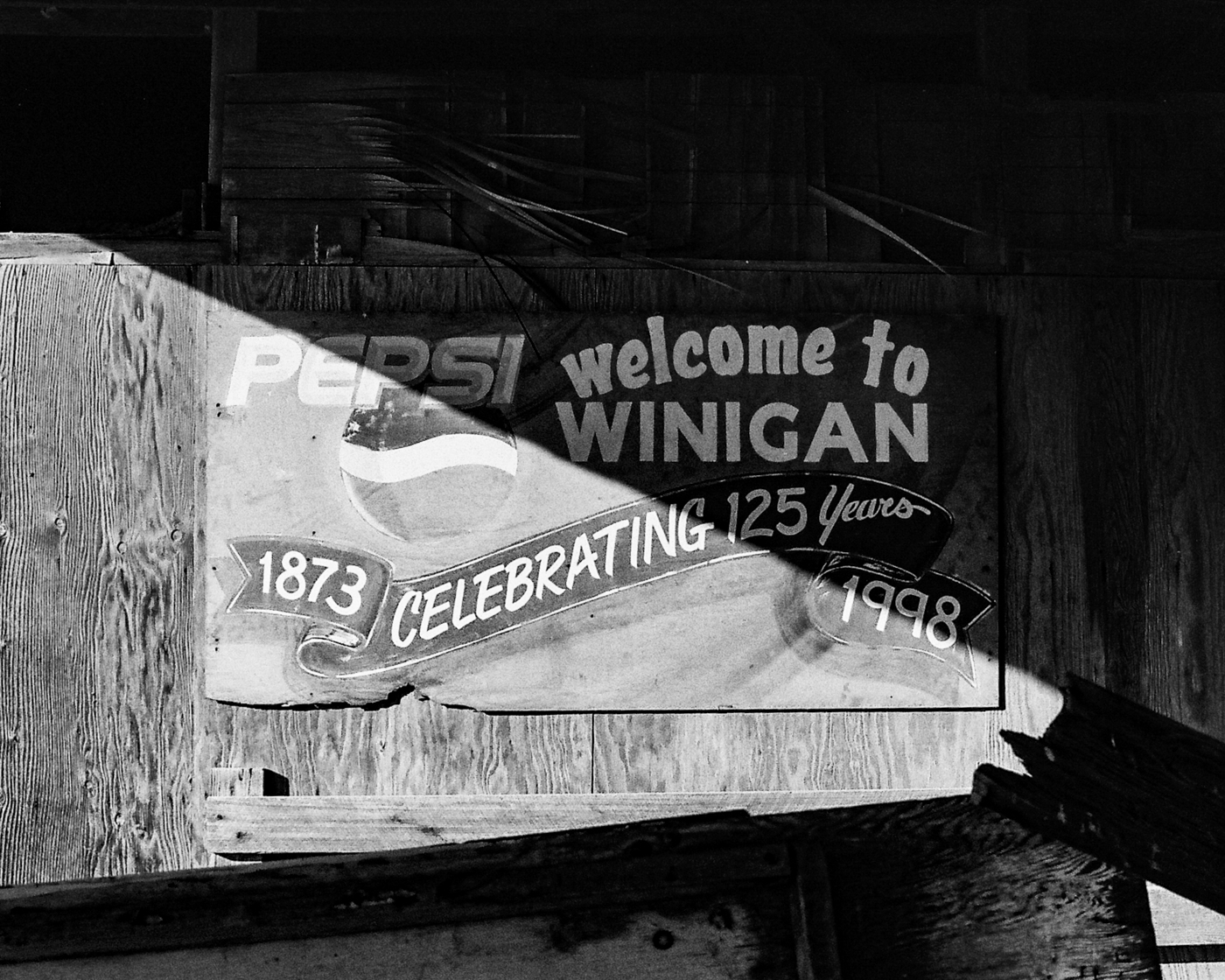 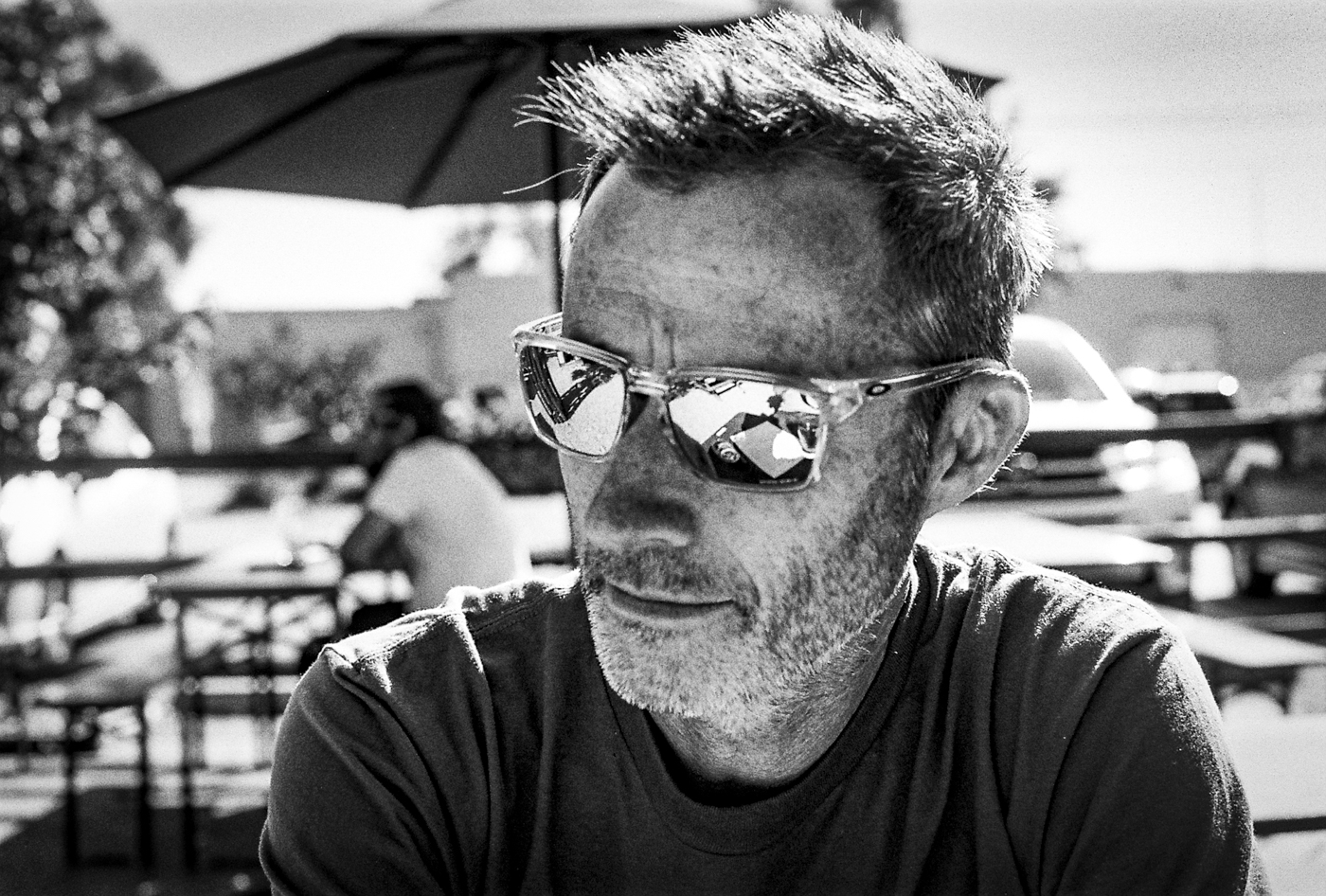 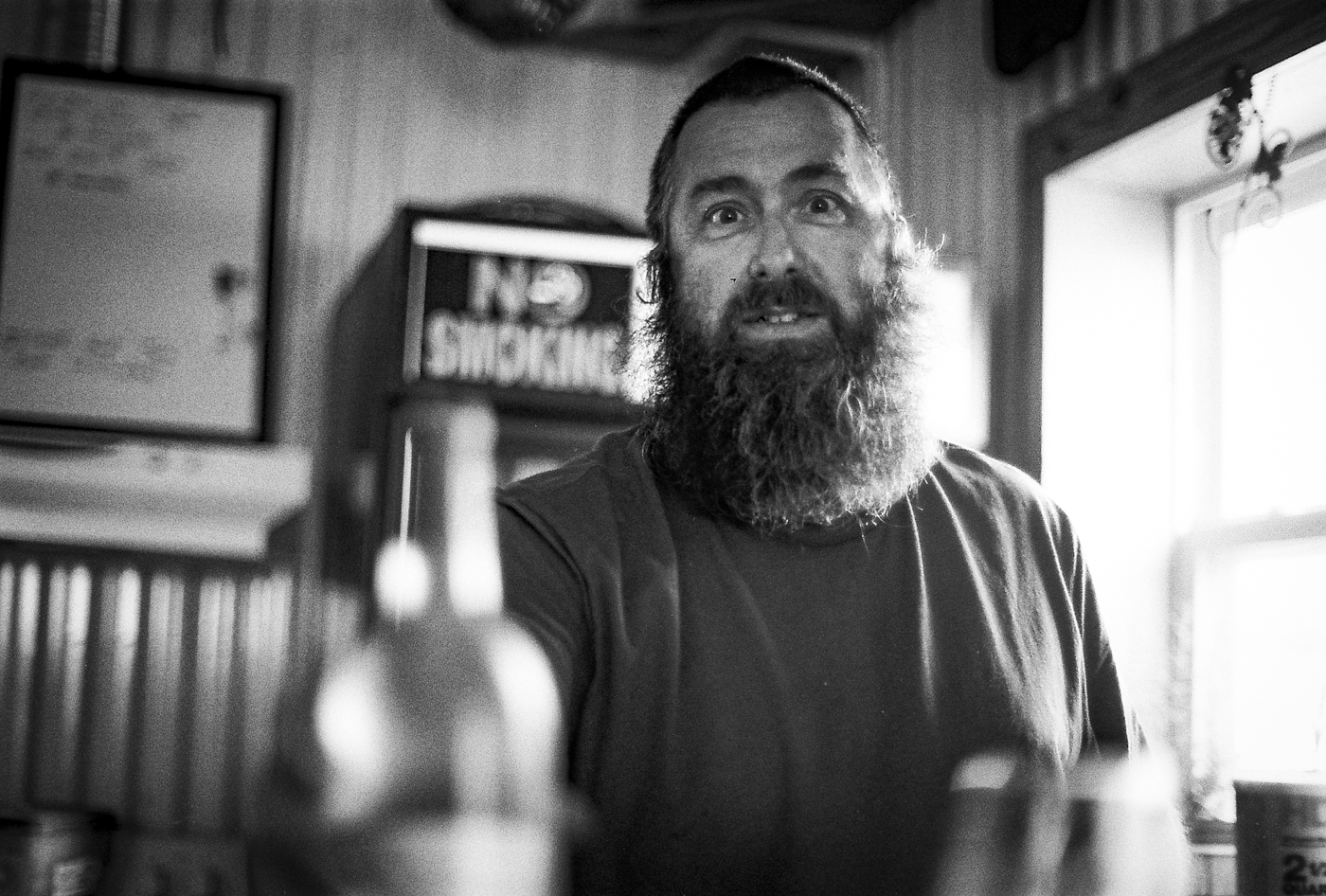 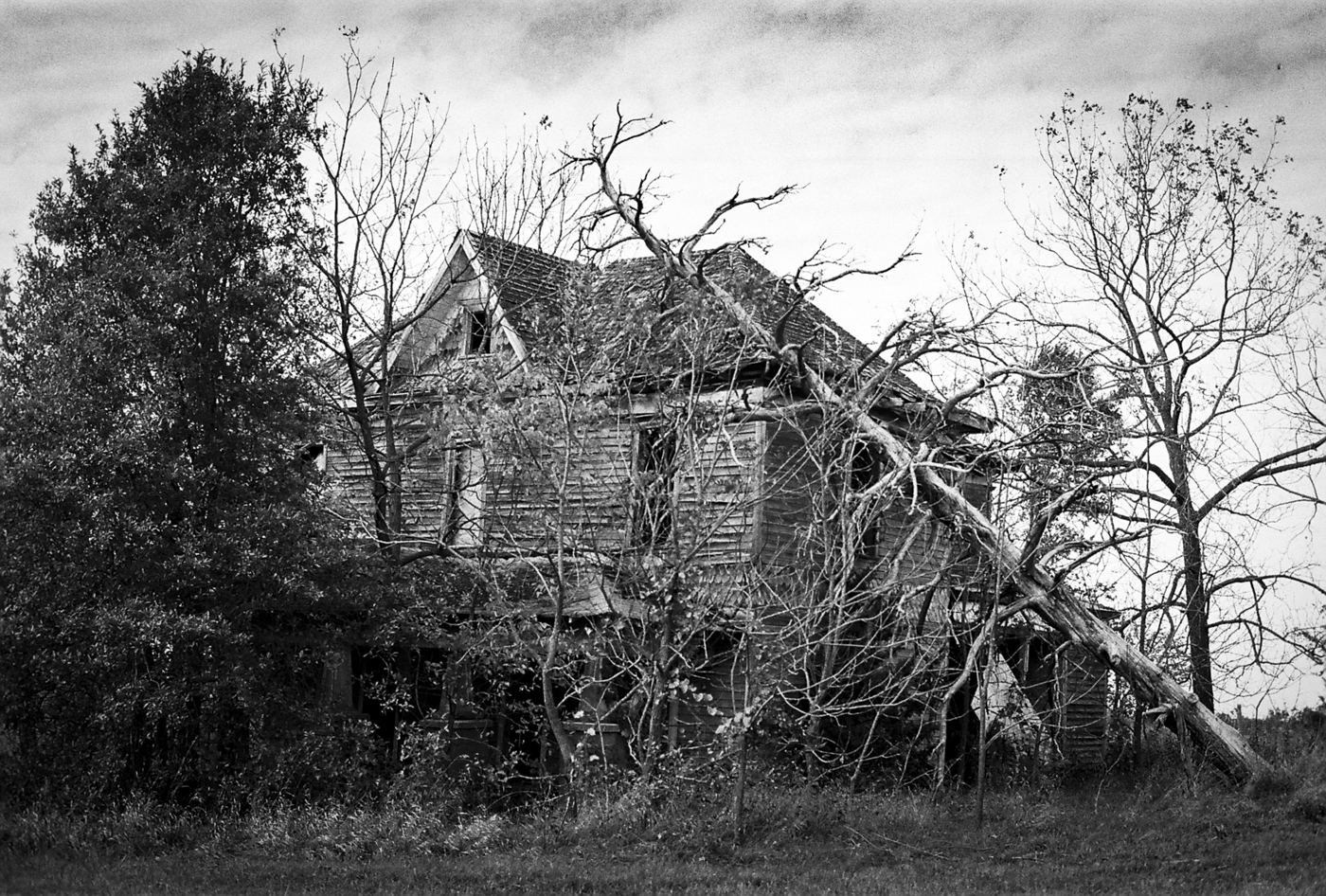 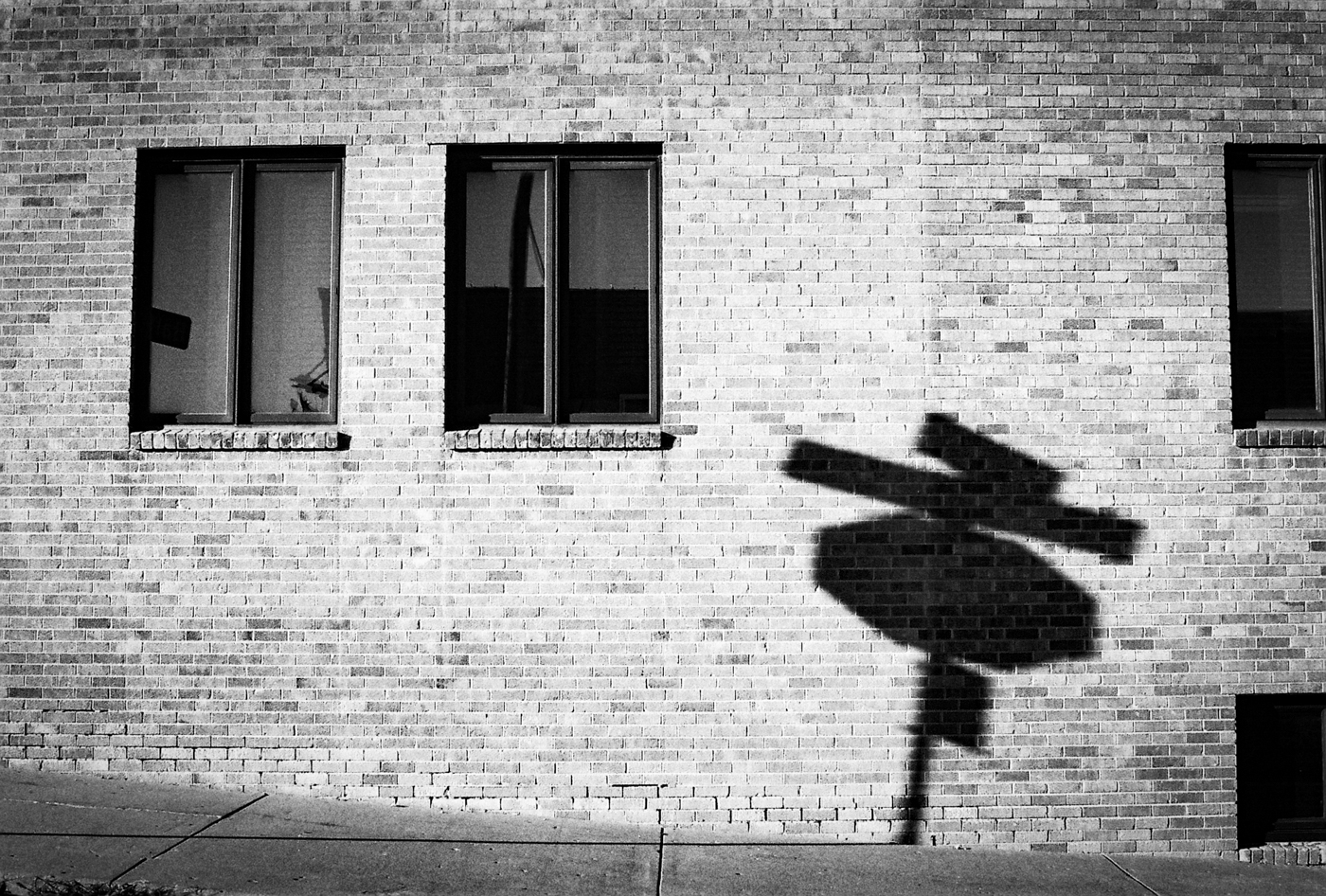 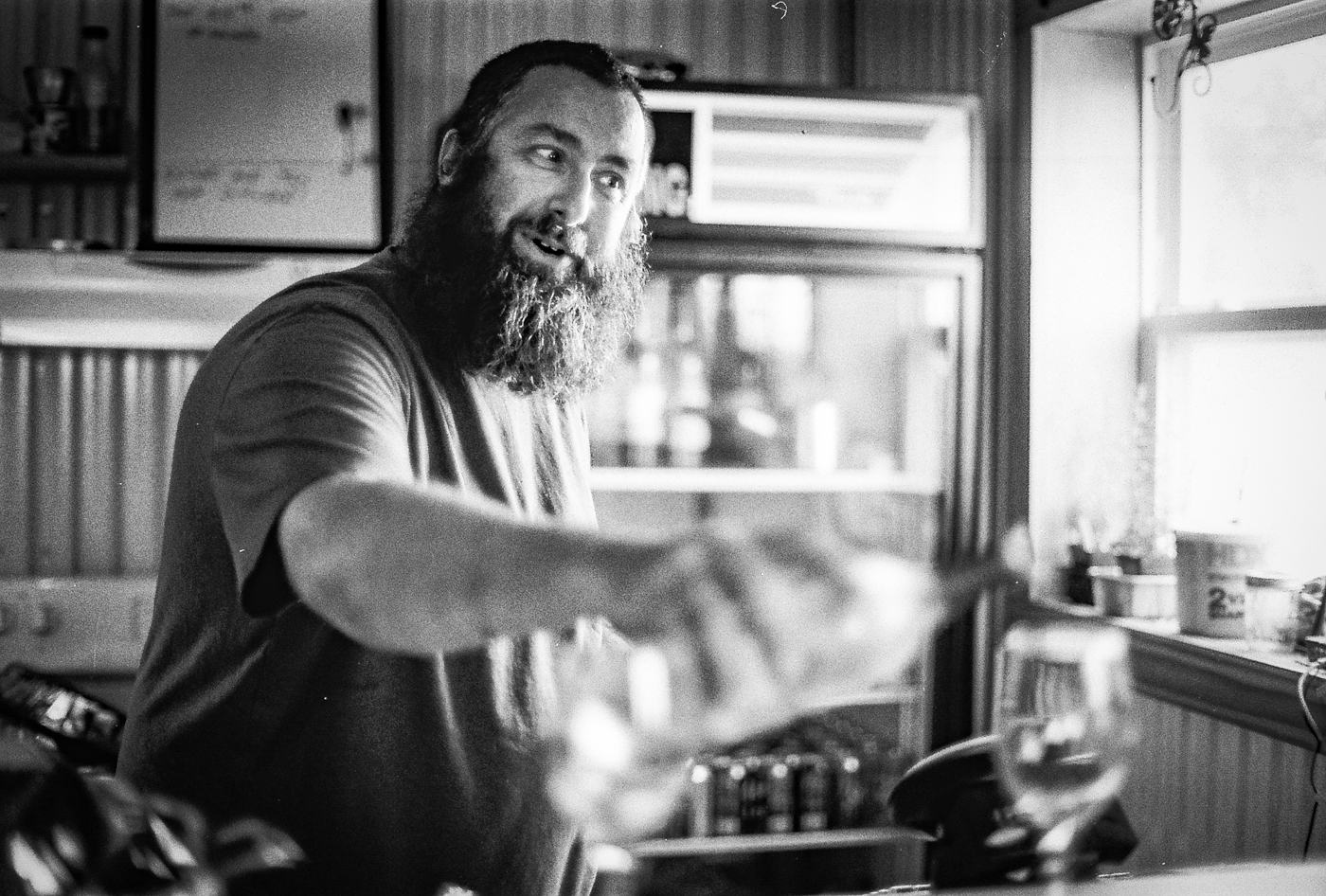 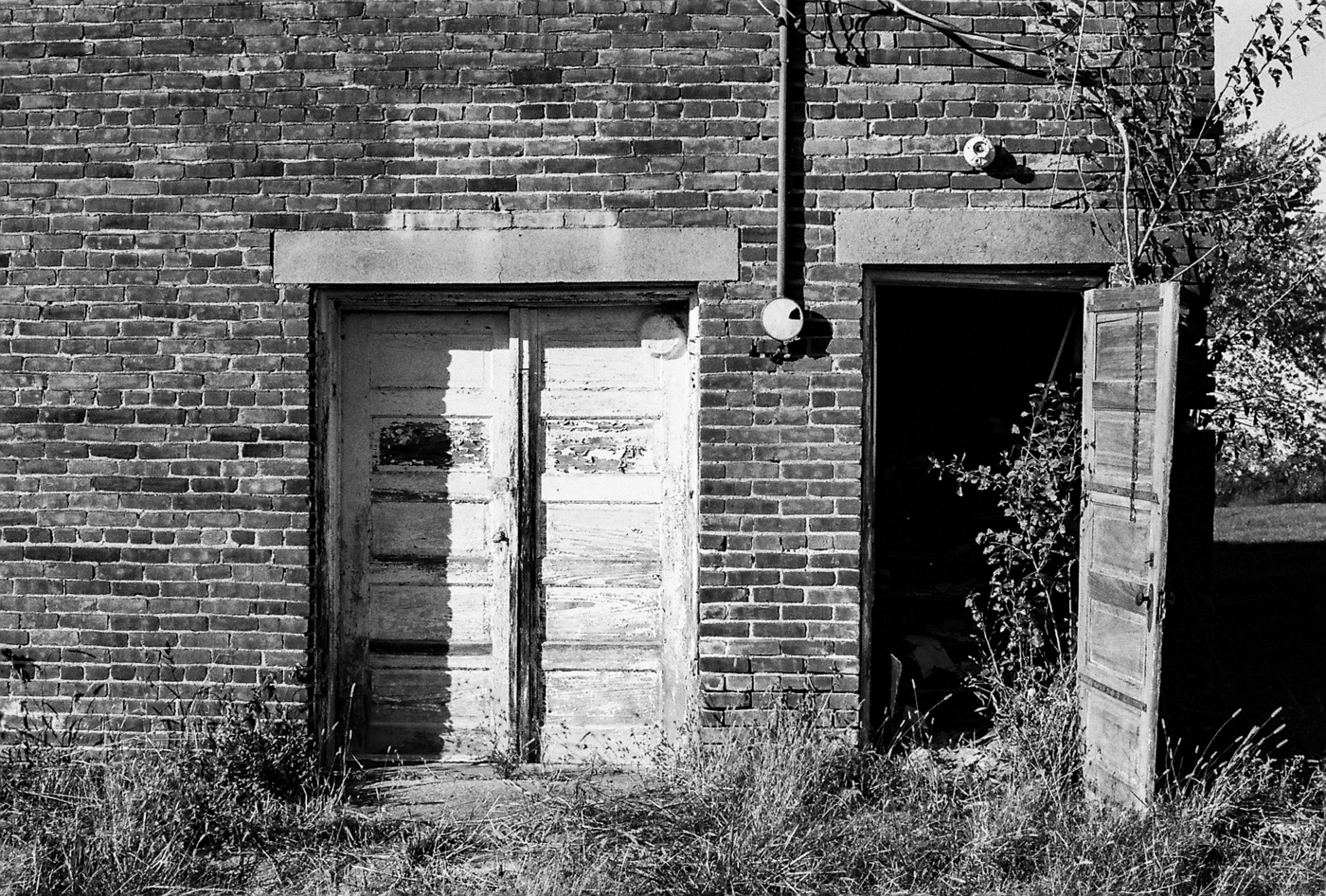 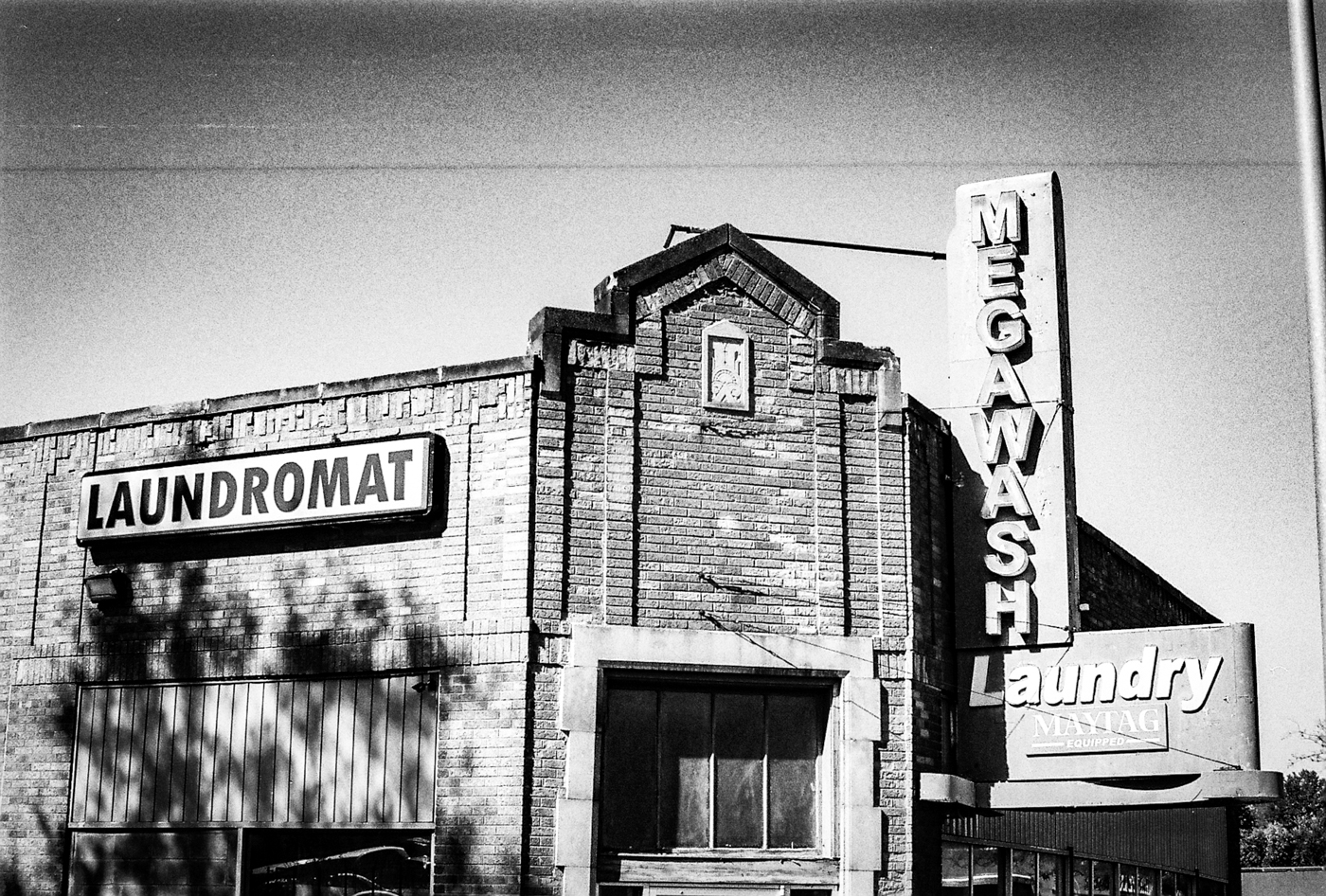 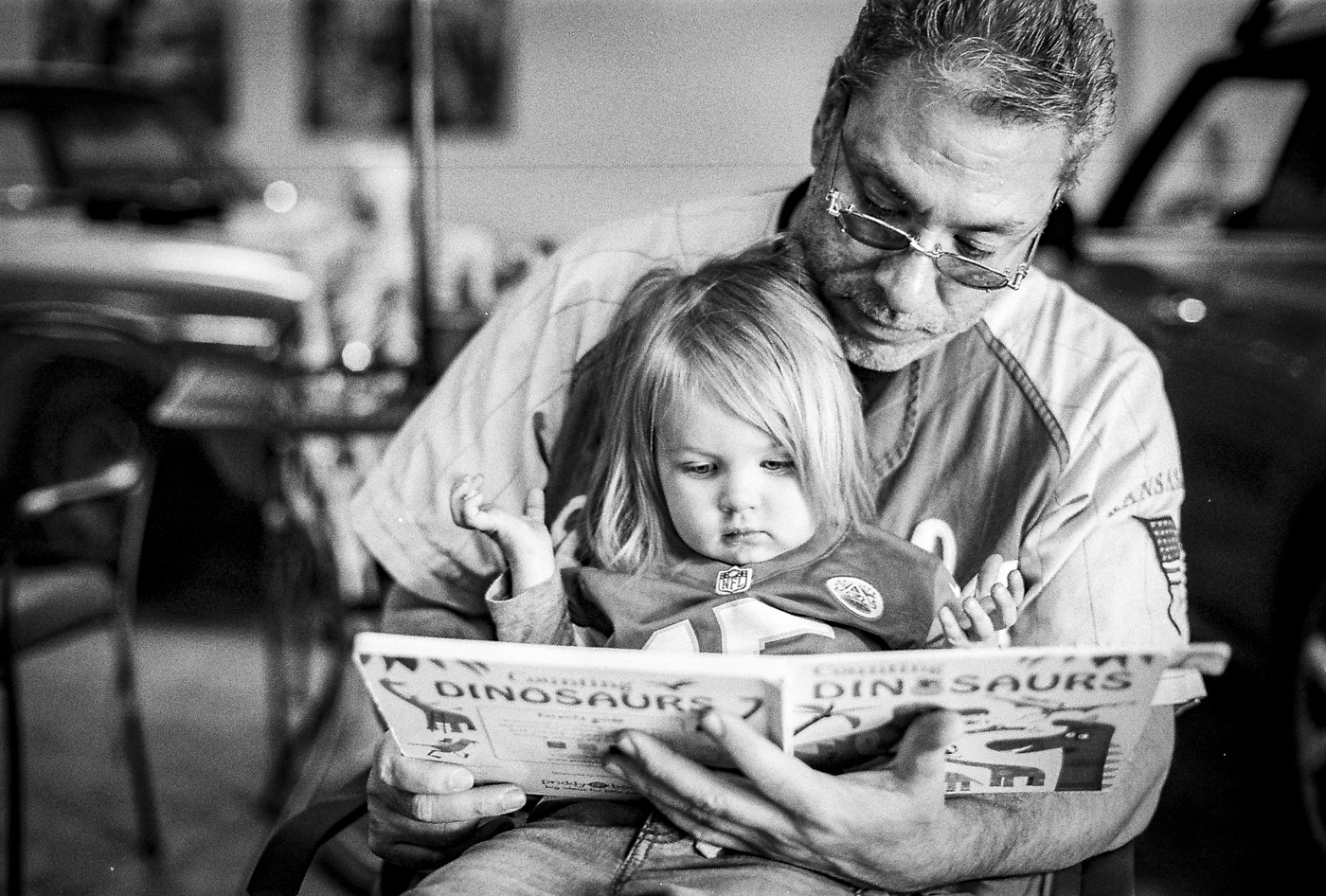 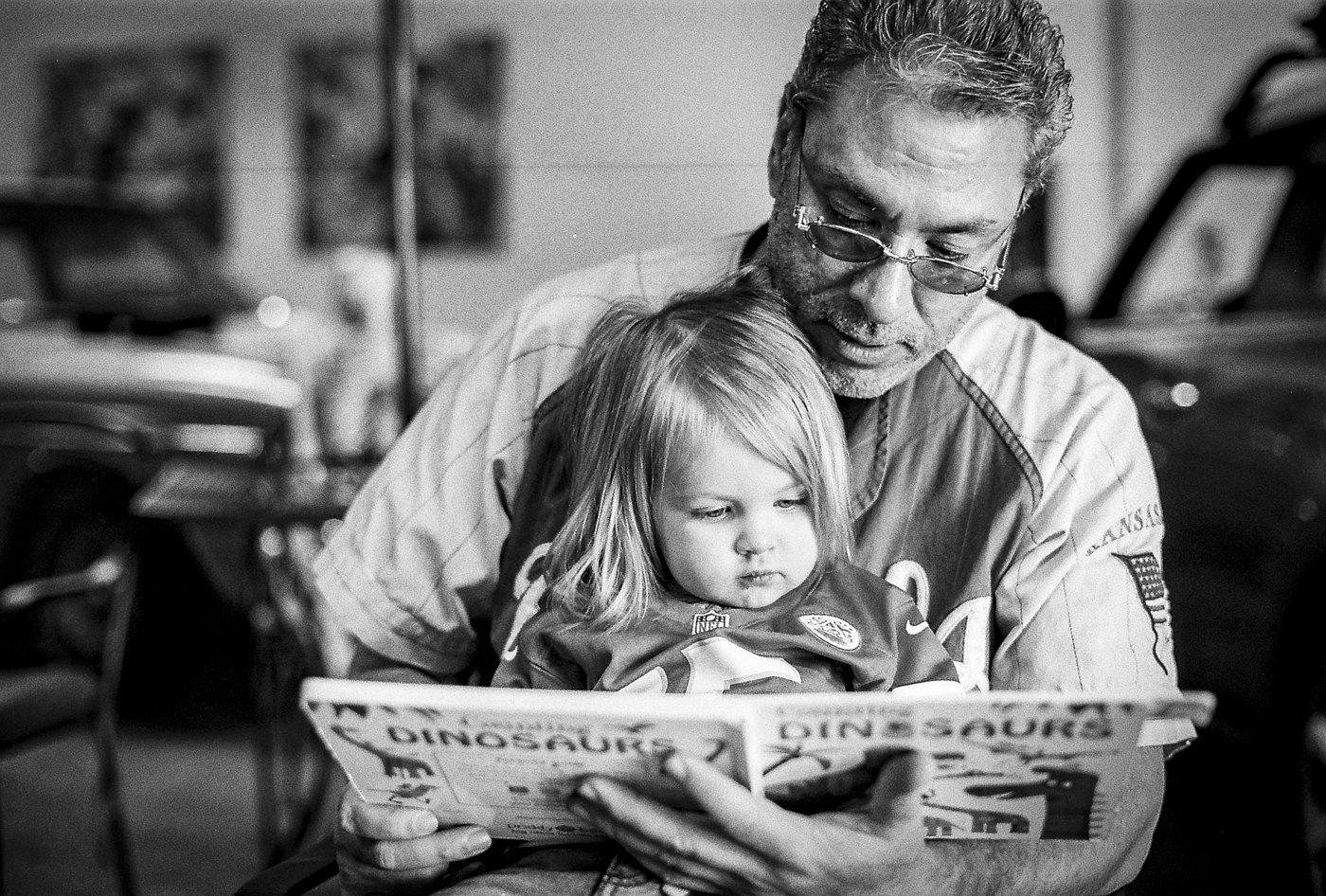 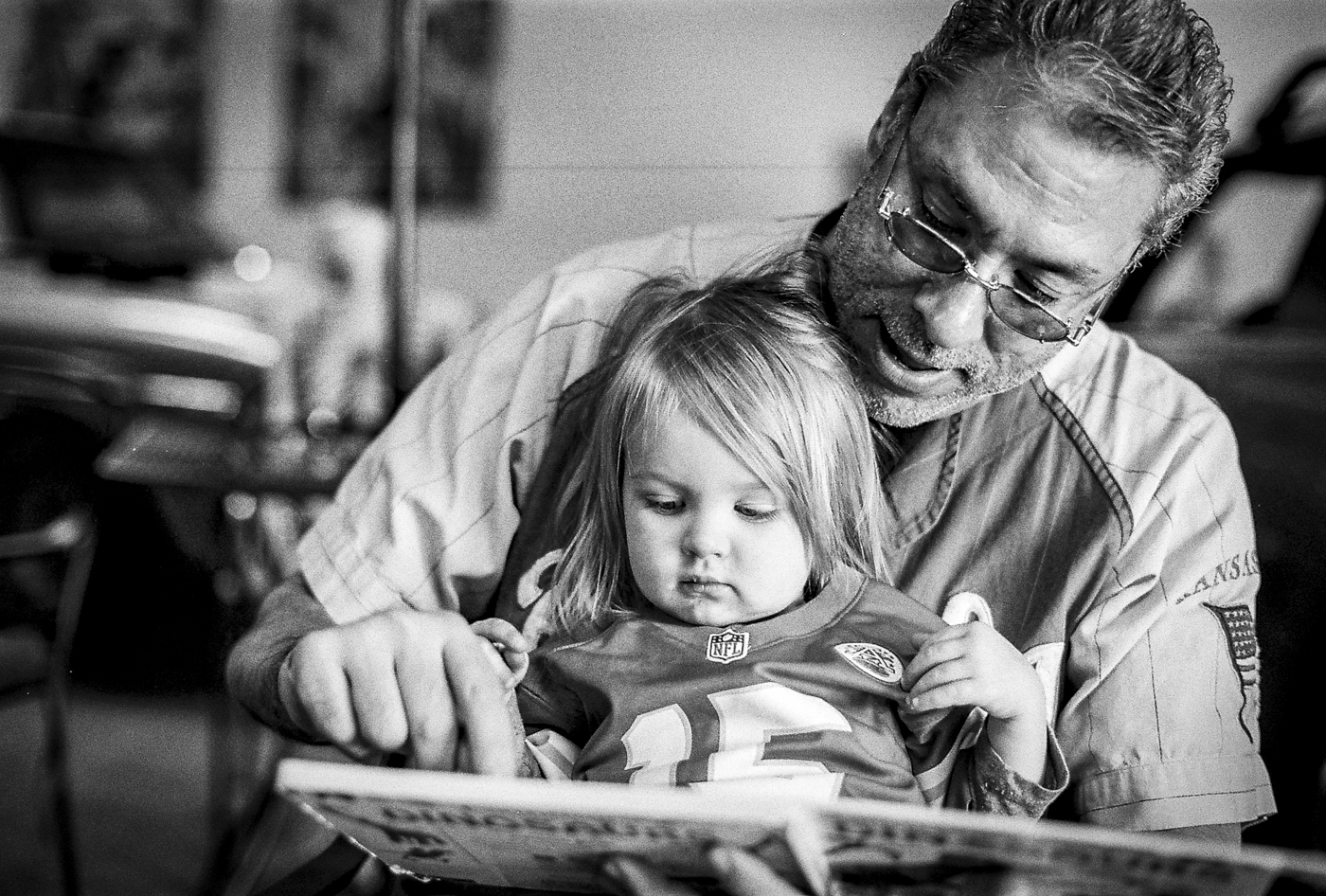 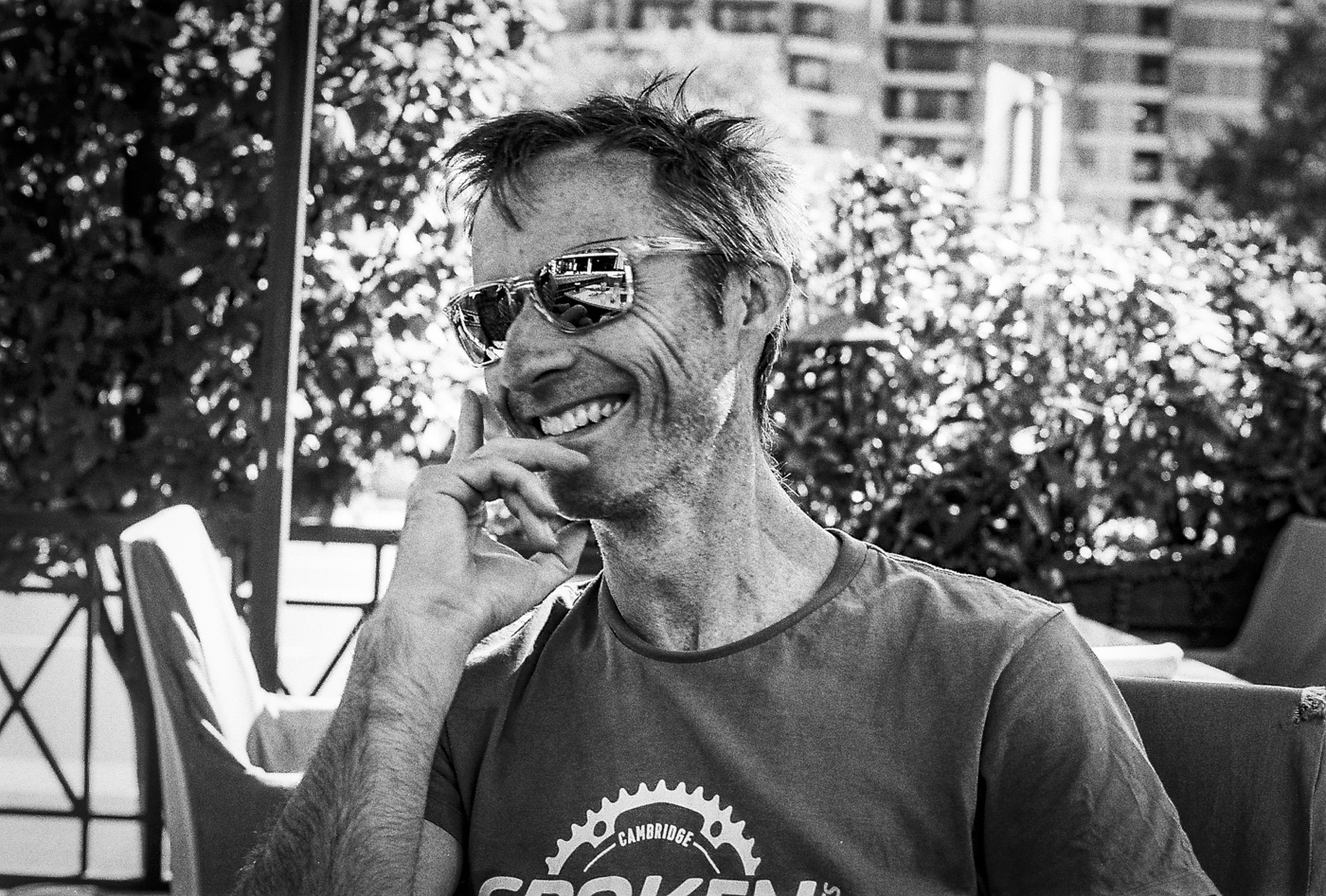 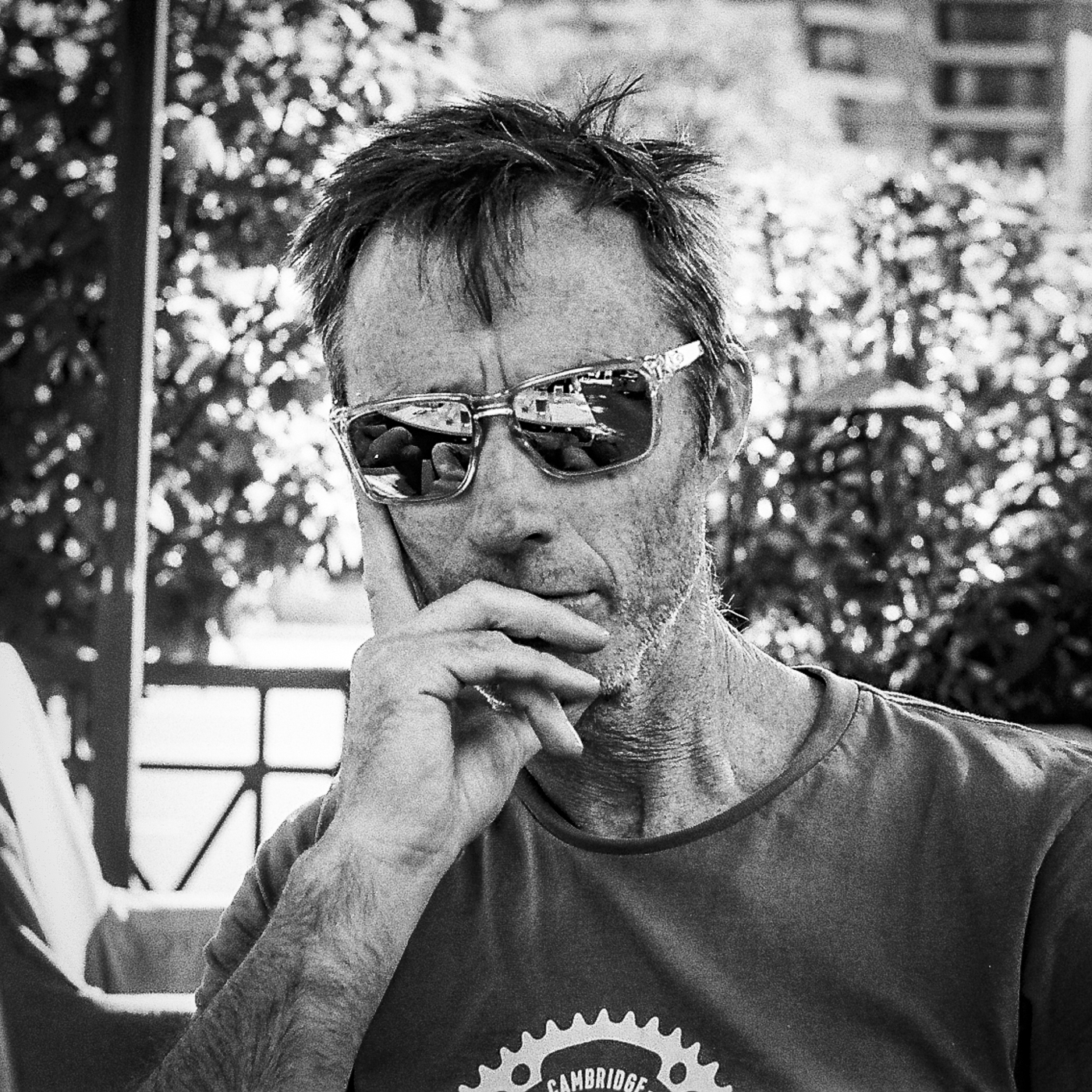 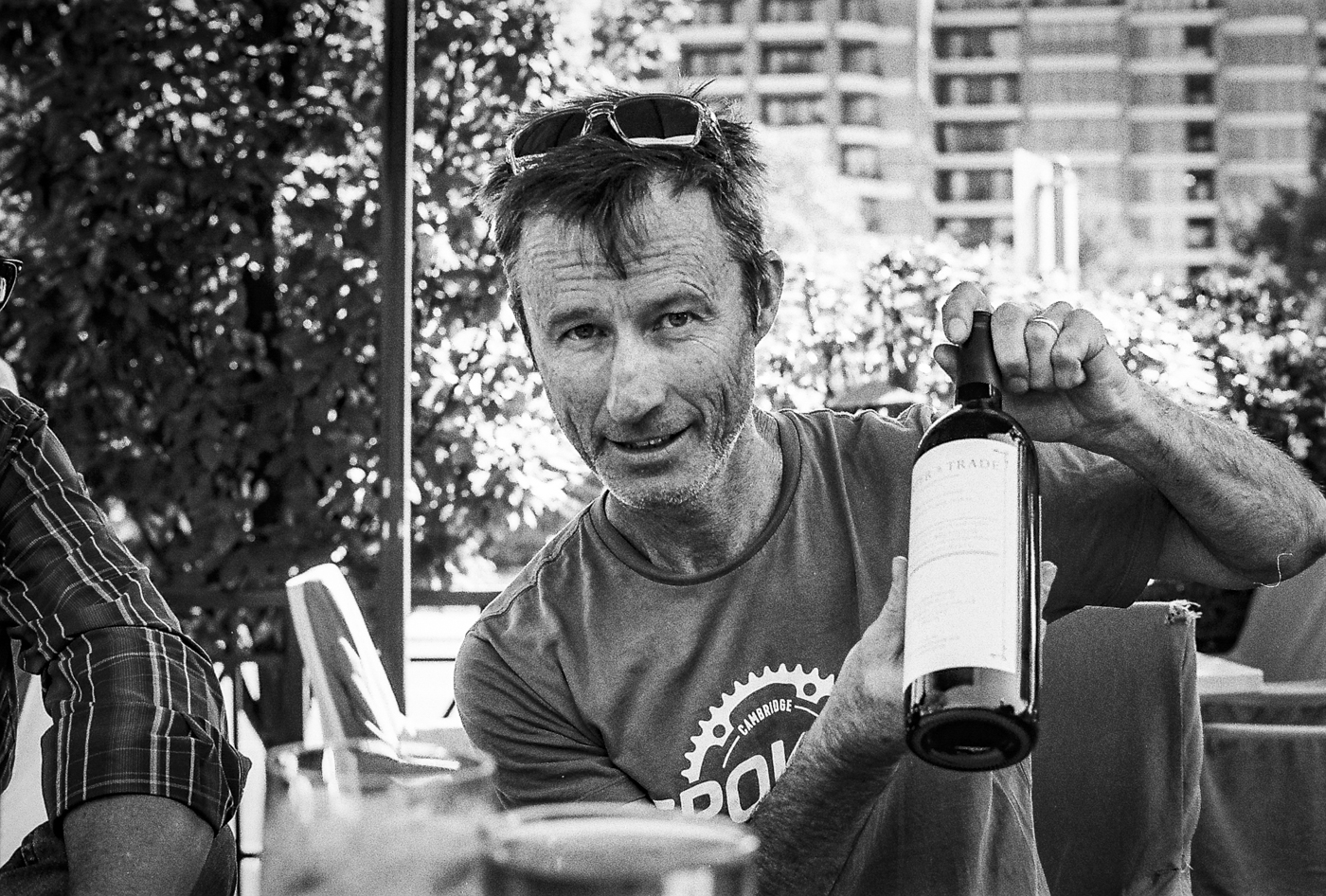 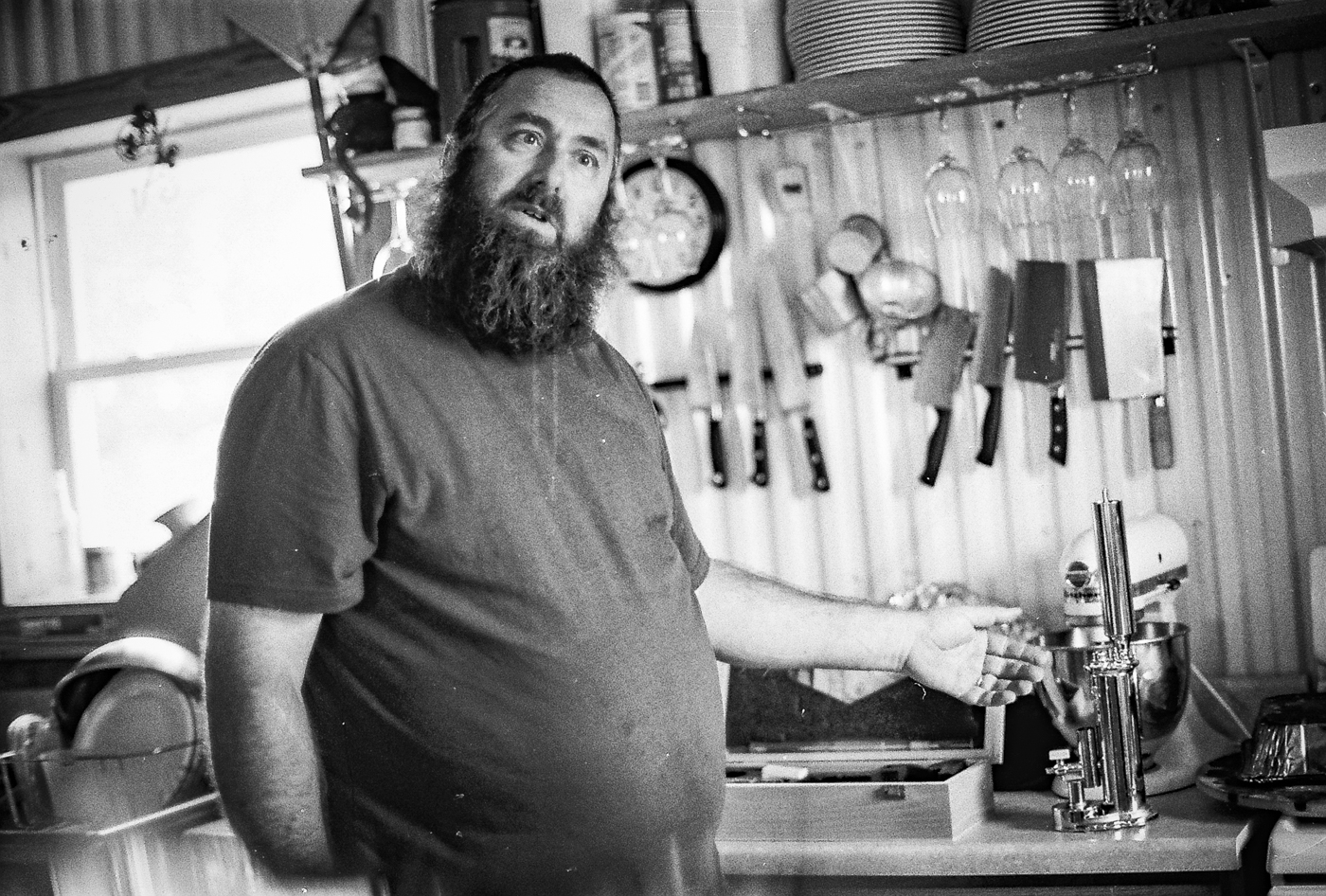 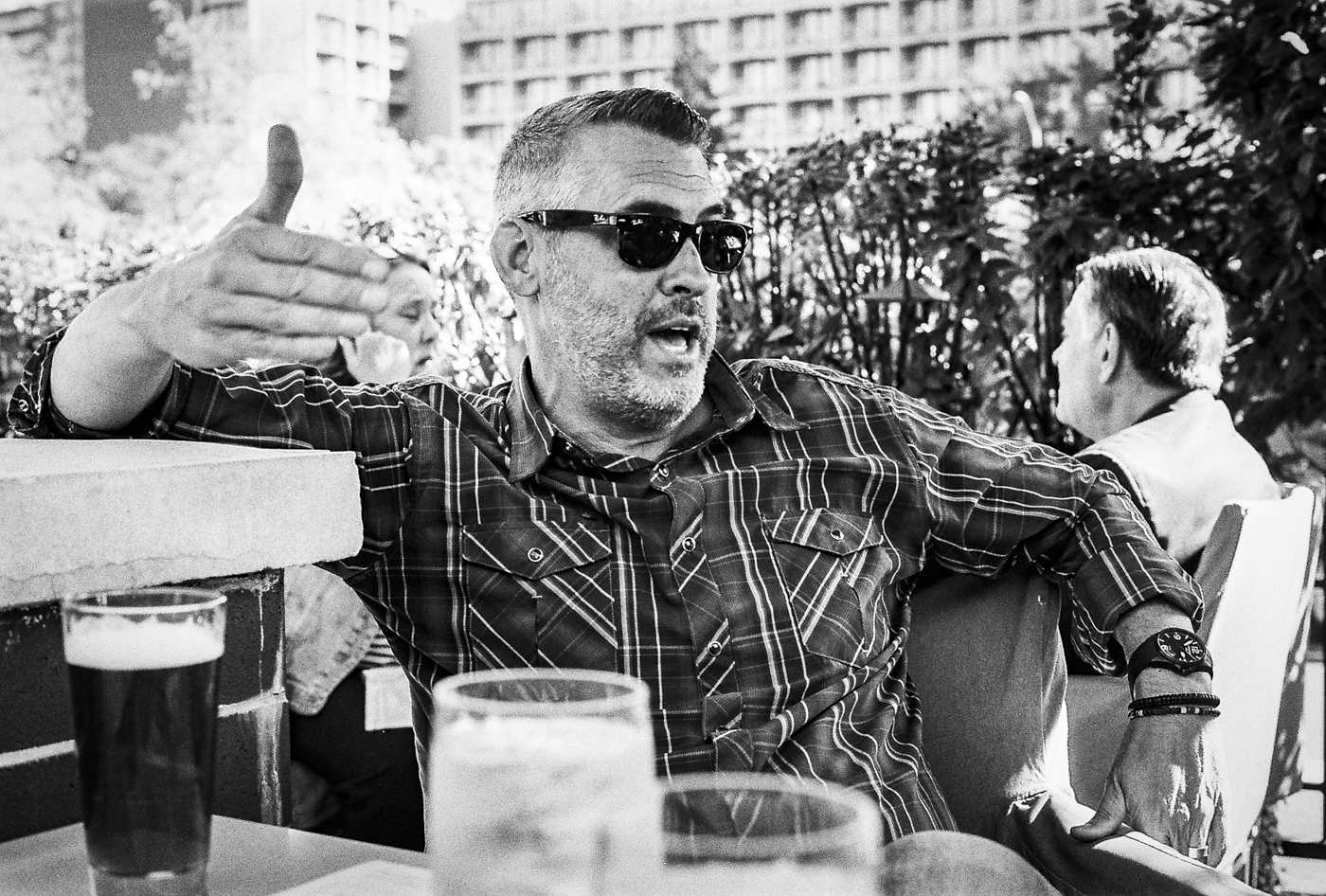 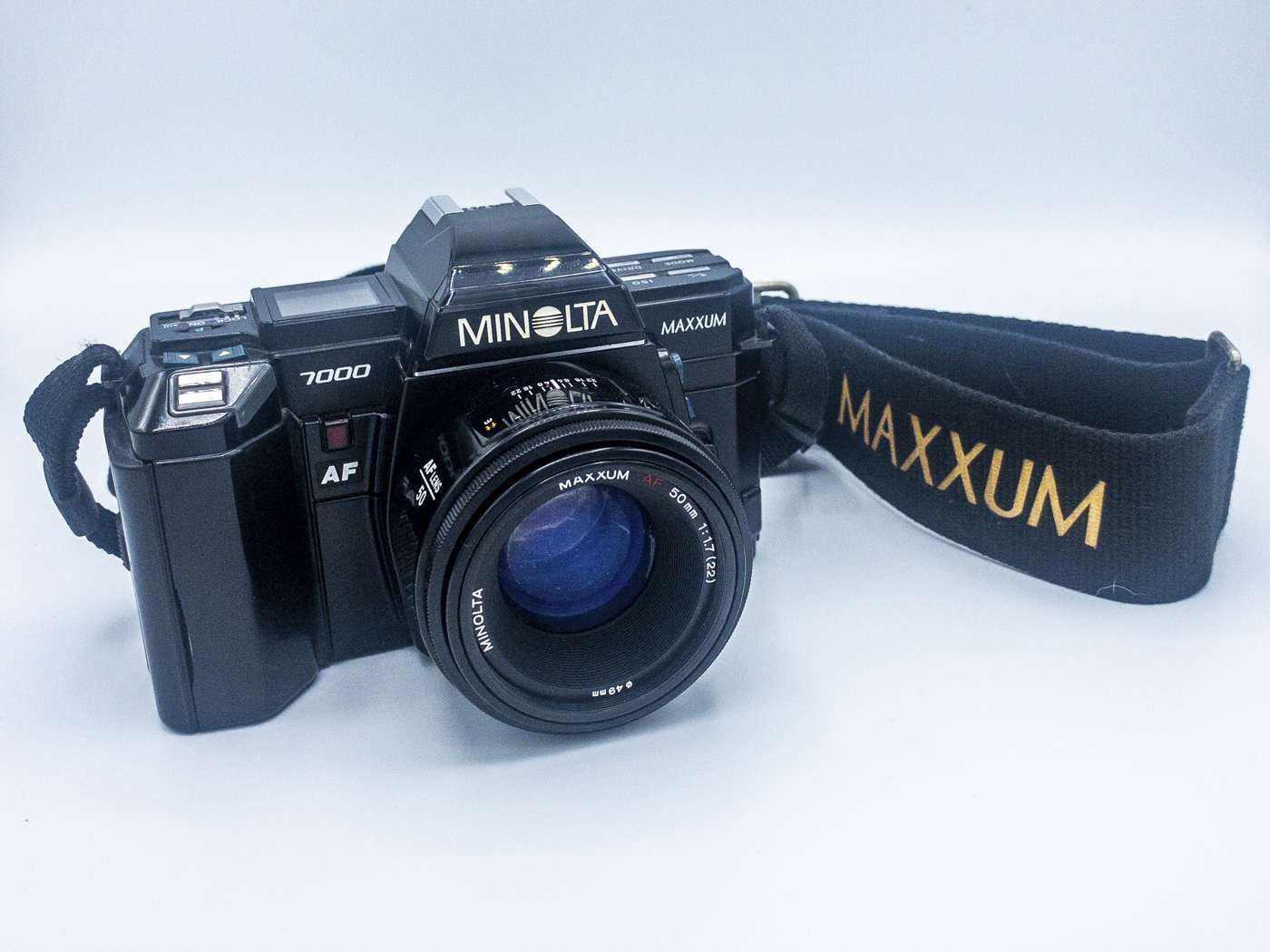 In a moment of curiosity, I wondered “Who made the first auto focus SLR?”A quick internet search popped up the Minolta Maxxum 7000.There are those would would argue the Nikon, Pentax, and Chinon beat 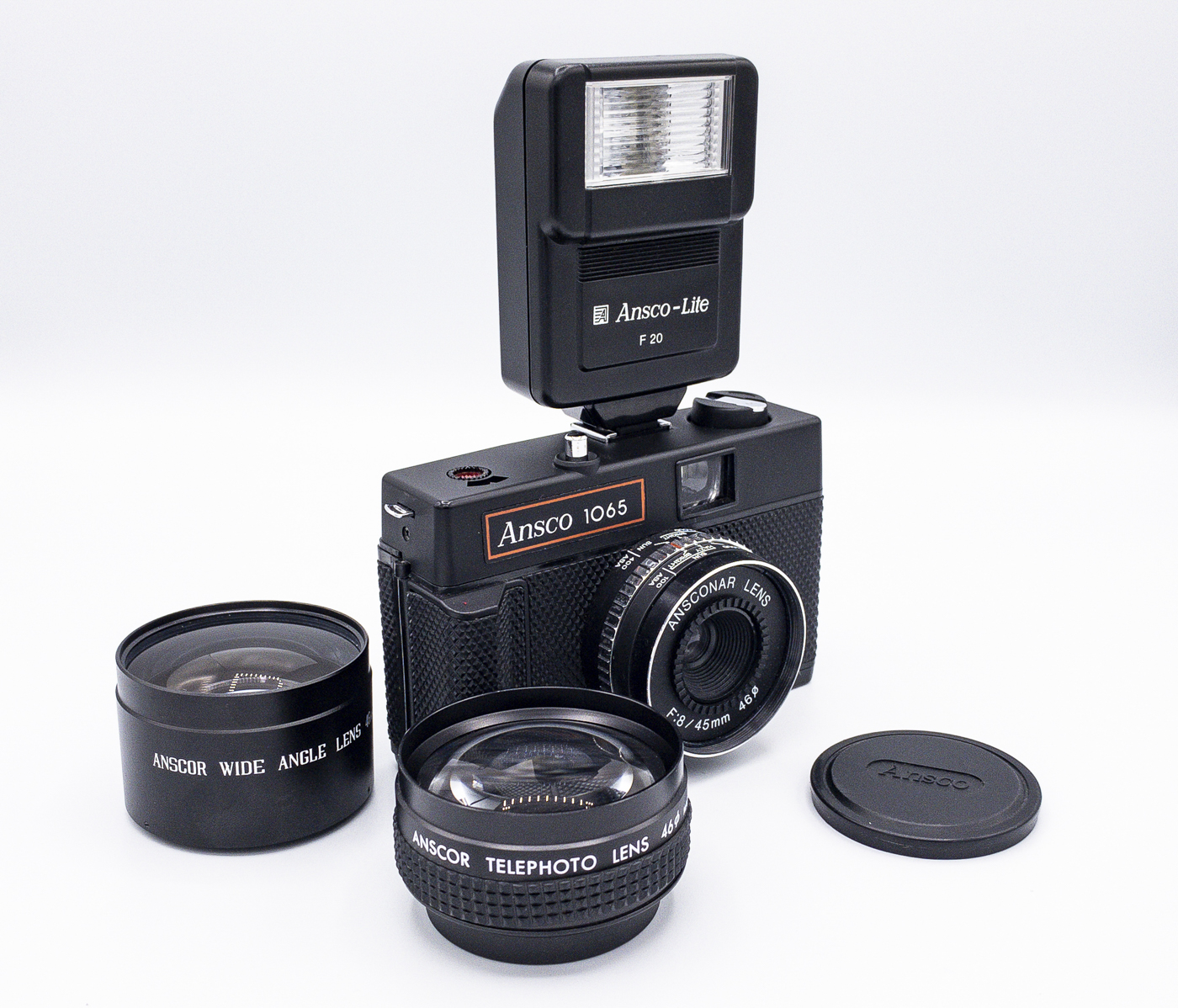 Toy Camera Fun with the Ansco 1065

Having weirdly enjoyed the experience of the Quickshot X3000, and the rugged feel of plastic in my hands still fresh on my mind, I saw an ad for an Ansco 1065 35mm, complete with wide angle and teleph 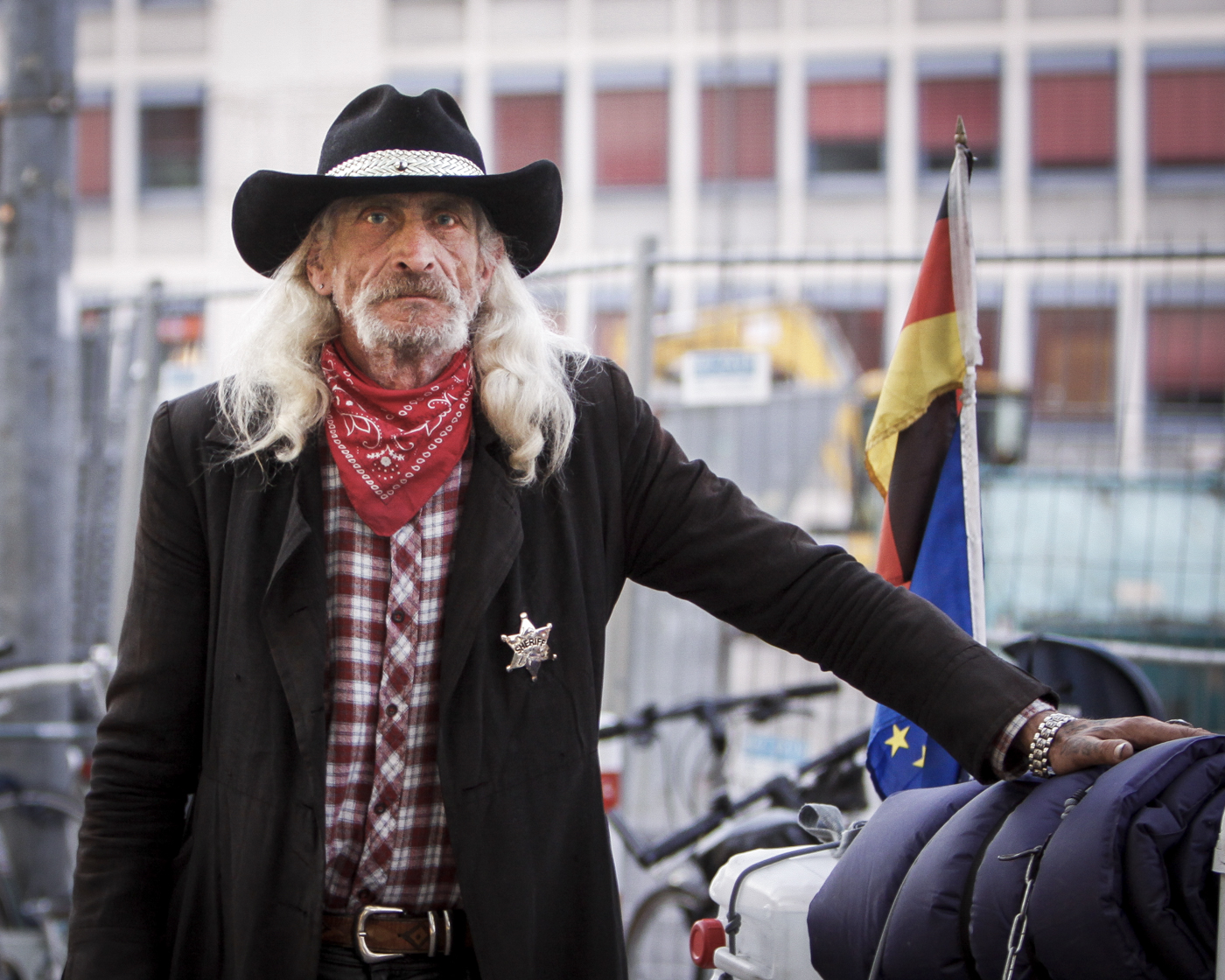 Many years ago, 2009 I think, I had spent the day working in Brussels, then rushed to the train to get to Bregenz, Austria, where I was living at the time. It was a nine-hour ride and I was hungry.I h