It was 26 degrees in Gallup as I pulled out of the El Rancho Hotel parking lot, and I had the frost on my windows to prove it.

After a couple of lousy cups of free lobby coffee I was off...next stop Tucumcari.

Up on I-40, heading into the sun and music blaring, I saw a silhouette of a man walking along the shoulder, heading the same way I was.

He didn’t have a coat or gloves, only his Seattle Seahawks hoodie with the hood covering as much as he could make happen, and his hands deep in his pants pockets for warmth.

He ran to catch up and hopped inside. “I’m sorry this car isn’t very warm,” I said.

One of my lessons learned from years of picking up hitchhikers is to never commit to a distance too soon. “Where you headed,” I ask, making sure I’m not signing up for more than I want.

“Grants,” he says. “Where are you headed?” I gave an ambiguous answer, like “that way” so as not to feel obligated to drive with him all the way to Kansas City.

Well it’s 62 miles and I was glad to help him out. He didn’t strike me as someone who would murder me...especially for my car.

His name is Vernon and he works maintenance at the Gallup Hospital. I like him. He has a son, two daughters, a wife, and four grandchildren.

He looks young and old at the same time. His black hair and dark skin give away his heritage. He is missing his front teeth.

The hospital Is letting him take time off and go home for the holidays. His family doesn’t know and he was going to surprise them.

We conversed for a while, talking about this and that. We drove in silence for the better part of the way as I saw his head bobbing in need of sleep.

He said he had been walking for a couple of hours before I picked him up. Nobody stopped.

We passed the continental divide exit where there is supposedly some monument. I thought Vernon needed sleep more than I needed a pic of that.

When we got to Grants, I nudged him awake and asked if he wanted a ride home. I took him to a station a couple of blocks away, got some good coffee, and filled my tank.

Whenever I meet people along my path, I wonder if they are there for me, I am there for them, or are we both gaining from this.

Take this encounter, for example. Was I there for Vernon to save him the hours of walking in the cold, or was he there for me to remind me how grateful I need to be for all I have? Or was it a win-win for both of us? Impossible to measure.

I like to think I give more than I receive as I go through life. But is that realistic? Is that presumptuous of me to think that anything I might give is one-sided, or, conversely, anything I take? Or is it more realistic thaT when I give, if I do it with the right intentions, I’m taking as much, or more than I’m giving?

Did Vernon leave my car today thinking he gave me nothing in return for the ride? He would be wrong. Not only did it make me feel good to do something I would hope someone would do for me some day, I got some photos I never would have taken otherwise. I got plenty out of the encounter.

So I travel my path, trying to be open to whoever and wherever it brings me...and tonight it has brought me to Canadian, TX. 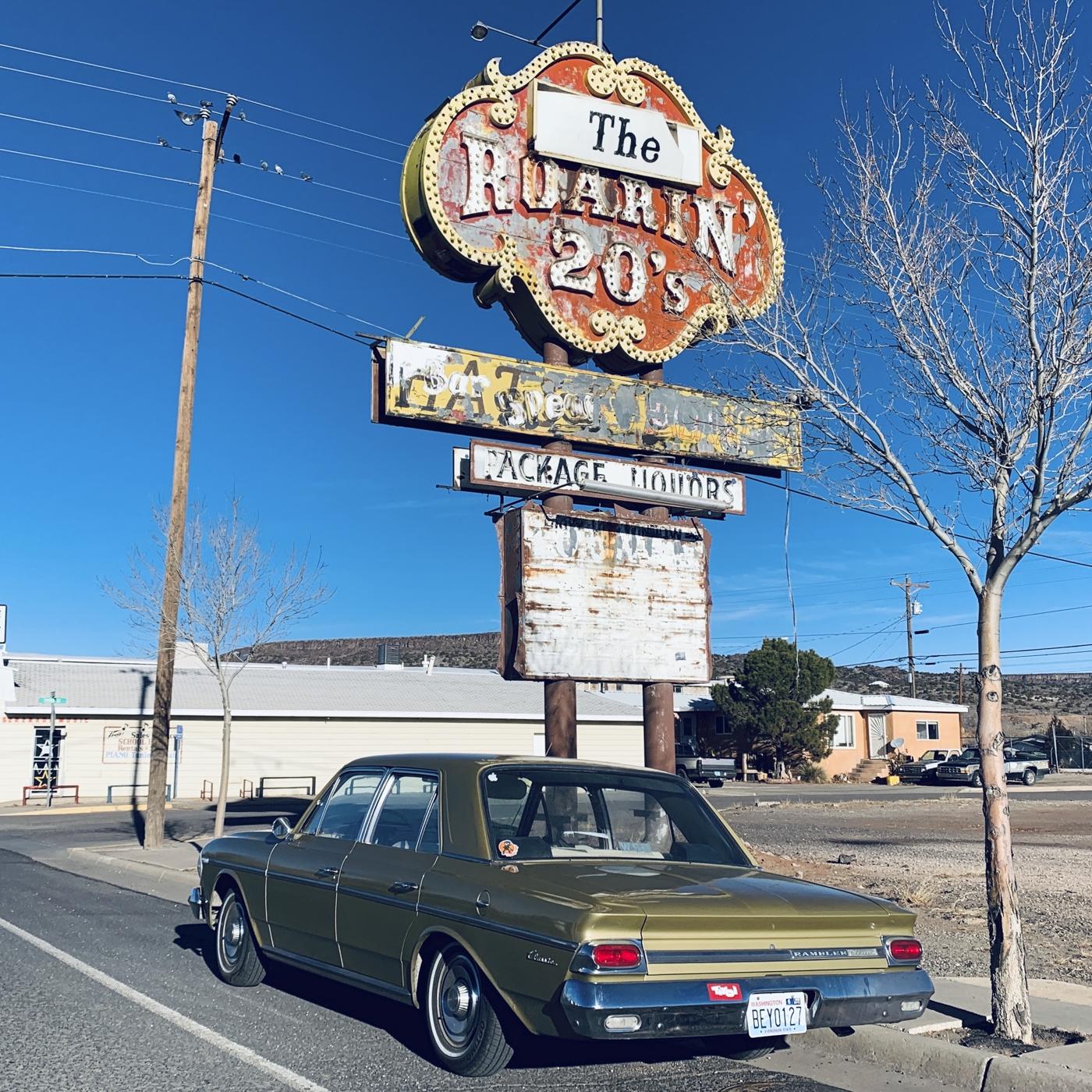 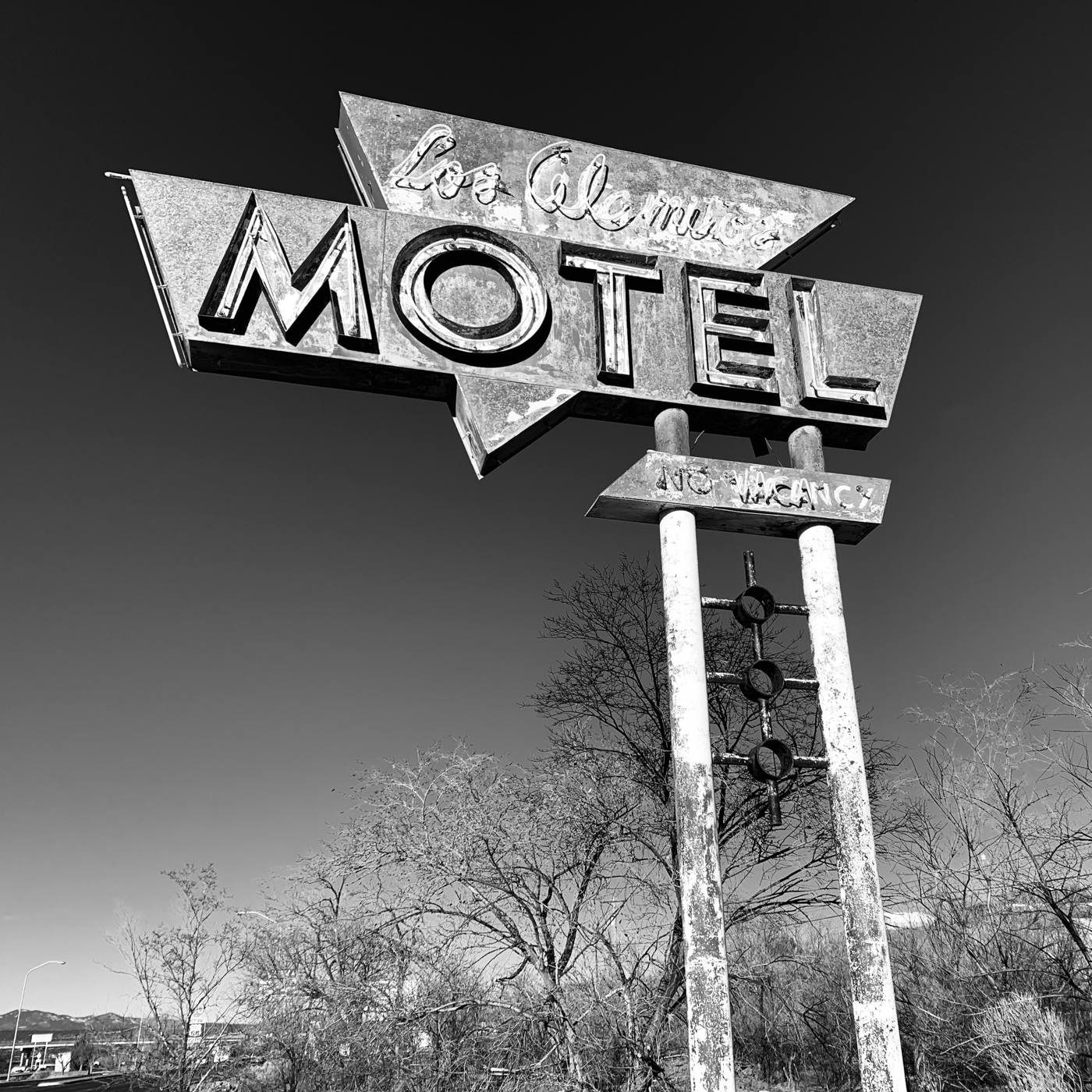 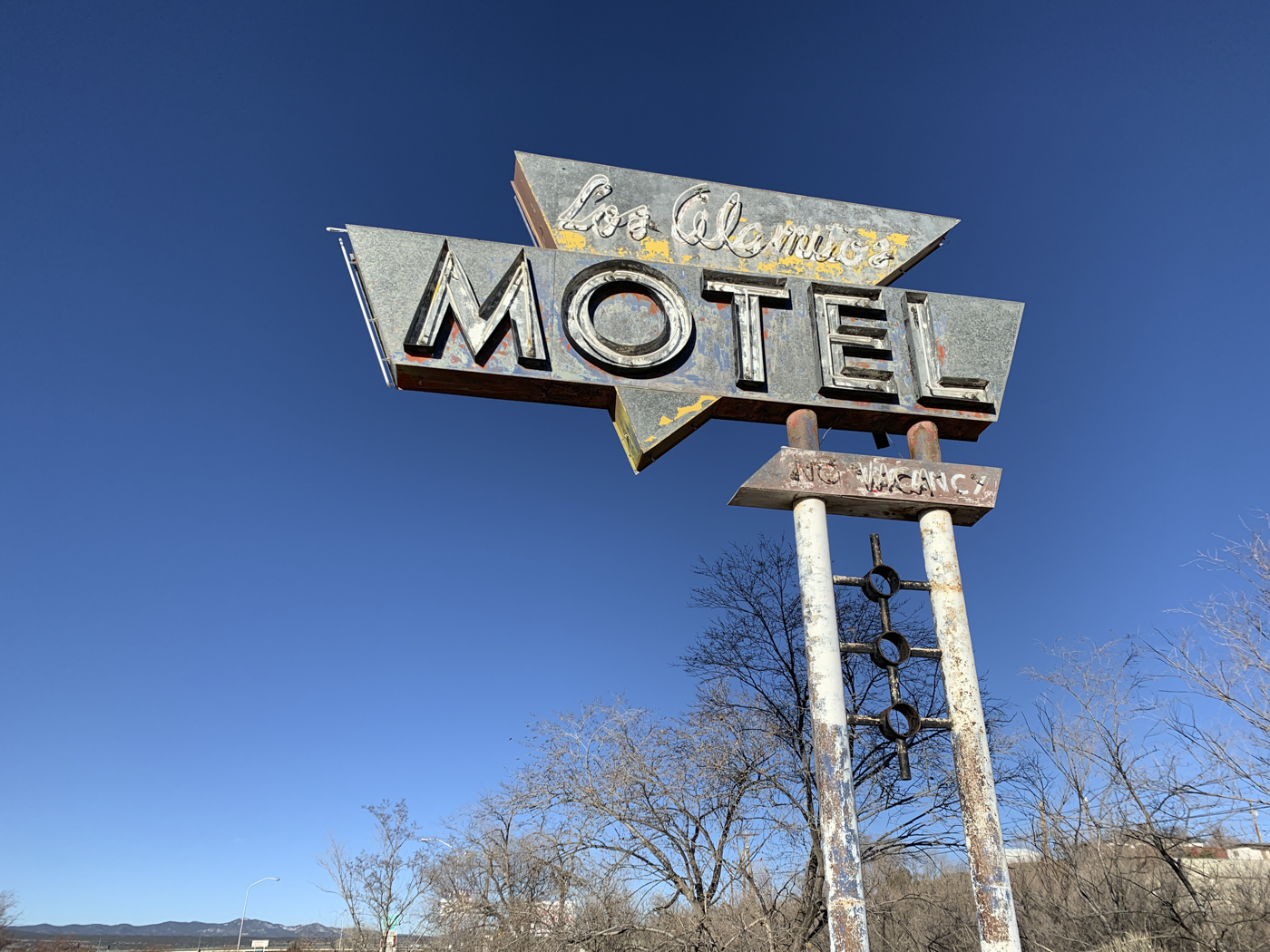 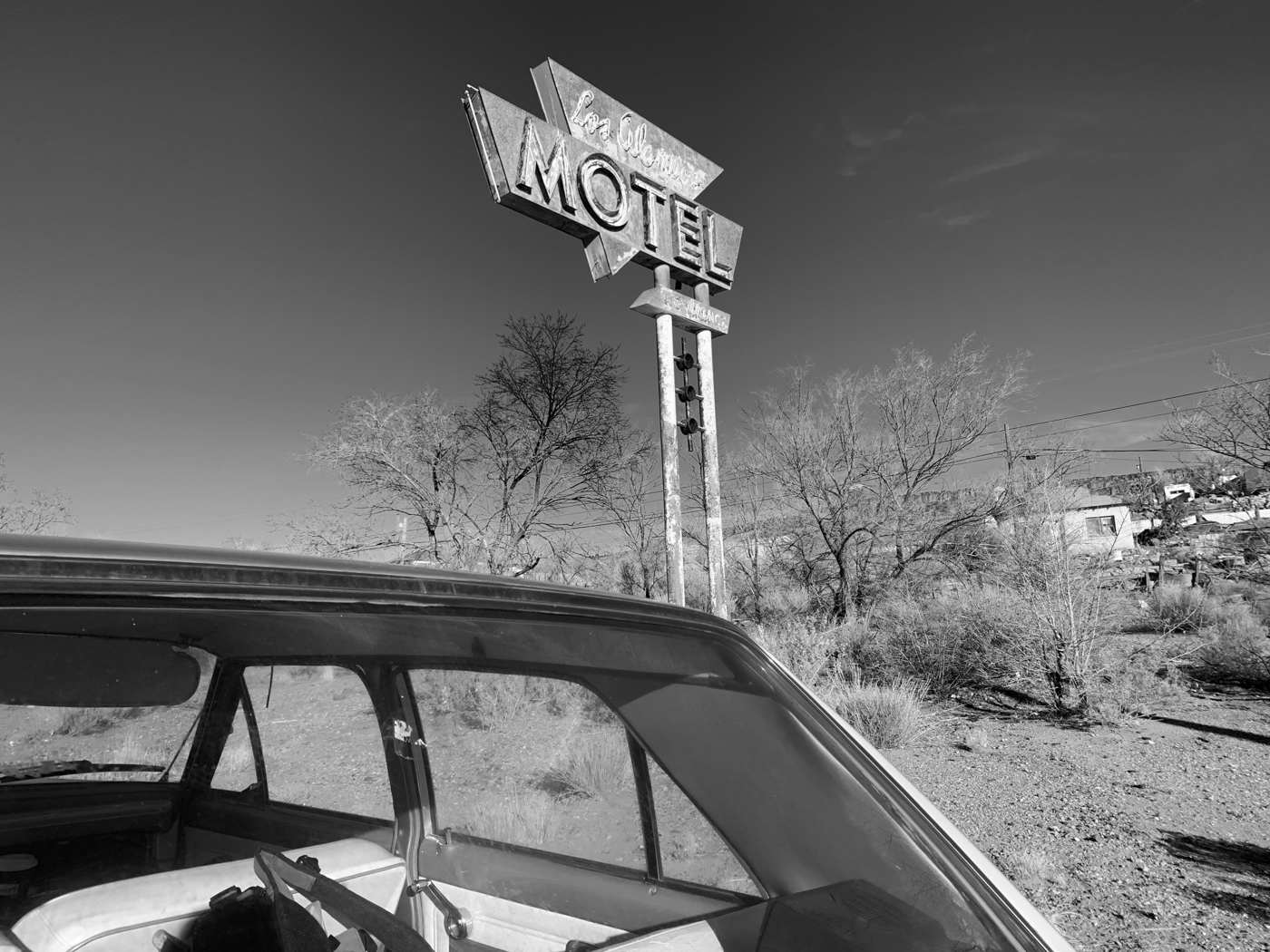 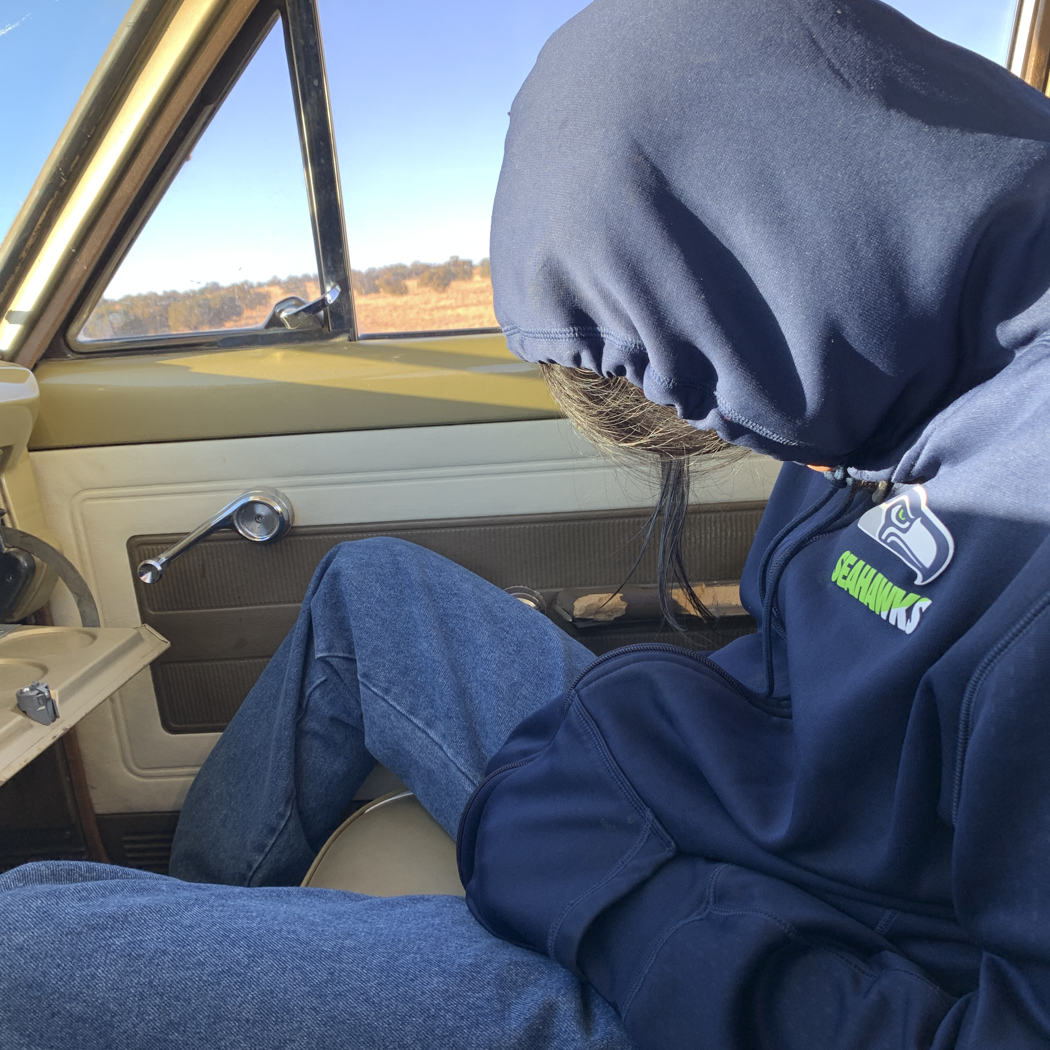 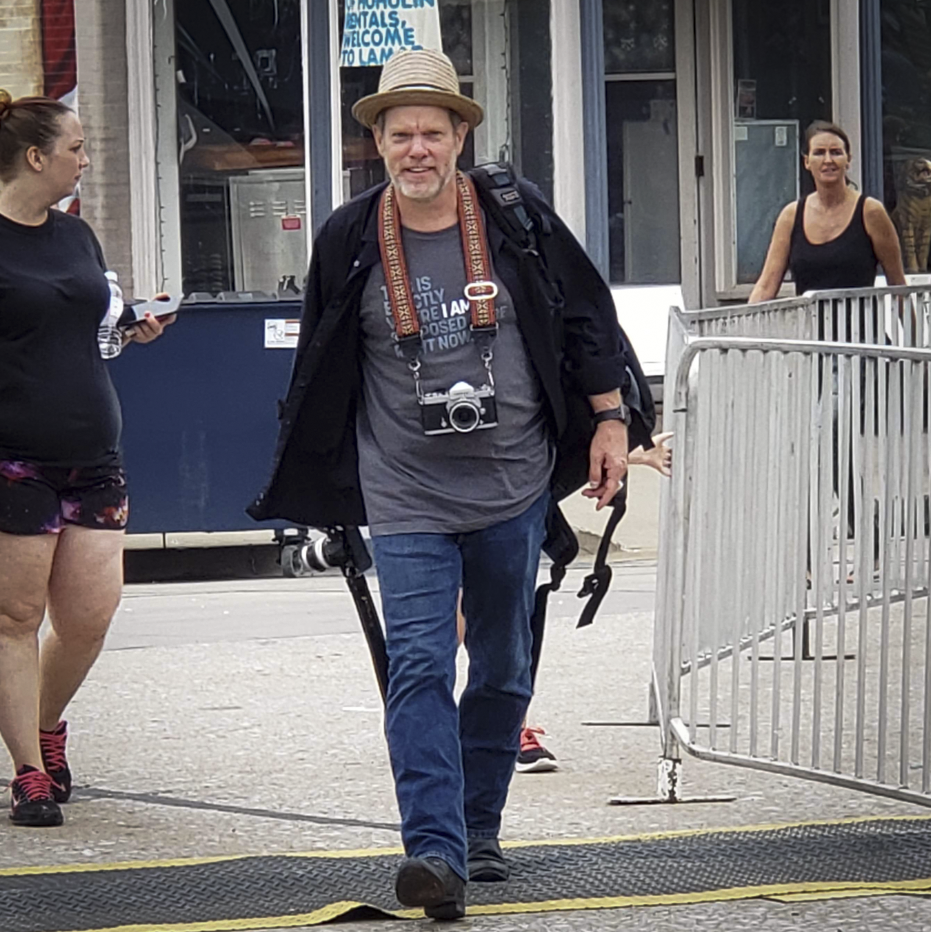 They say “you can’t go back.” Well, I just did it. I threw a few clothes in a bag, packed some cameras and film, put on my boots, my hat, and headed south toward Lamar, Missouri in my ‘96 Ford F-150 with Biggie in the back seat. 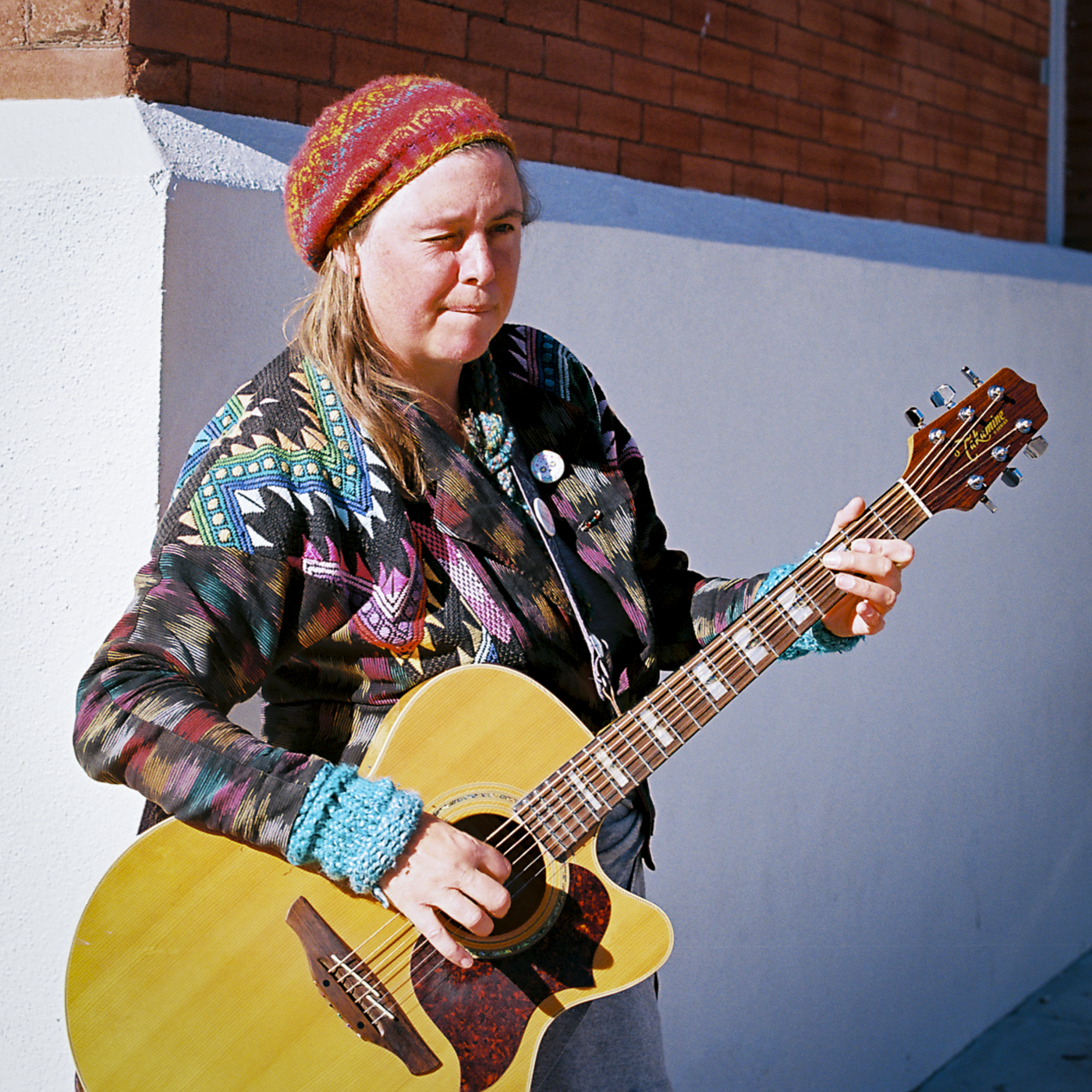 I was up the block a ways when I saw her, singing an old country tune. I dropped a dollar in her basket and asked if I could take her picture. 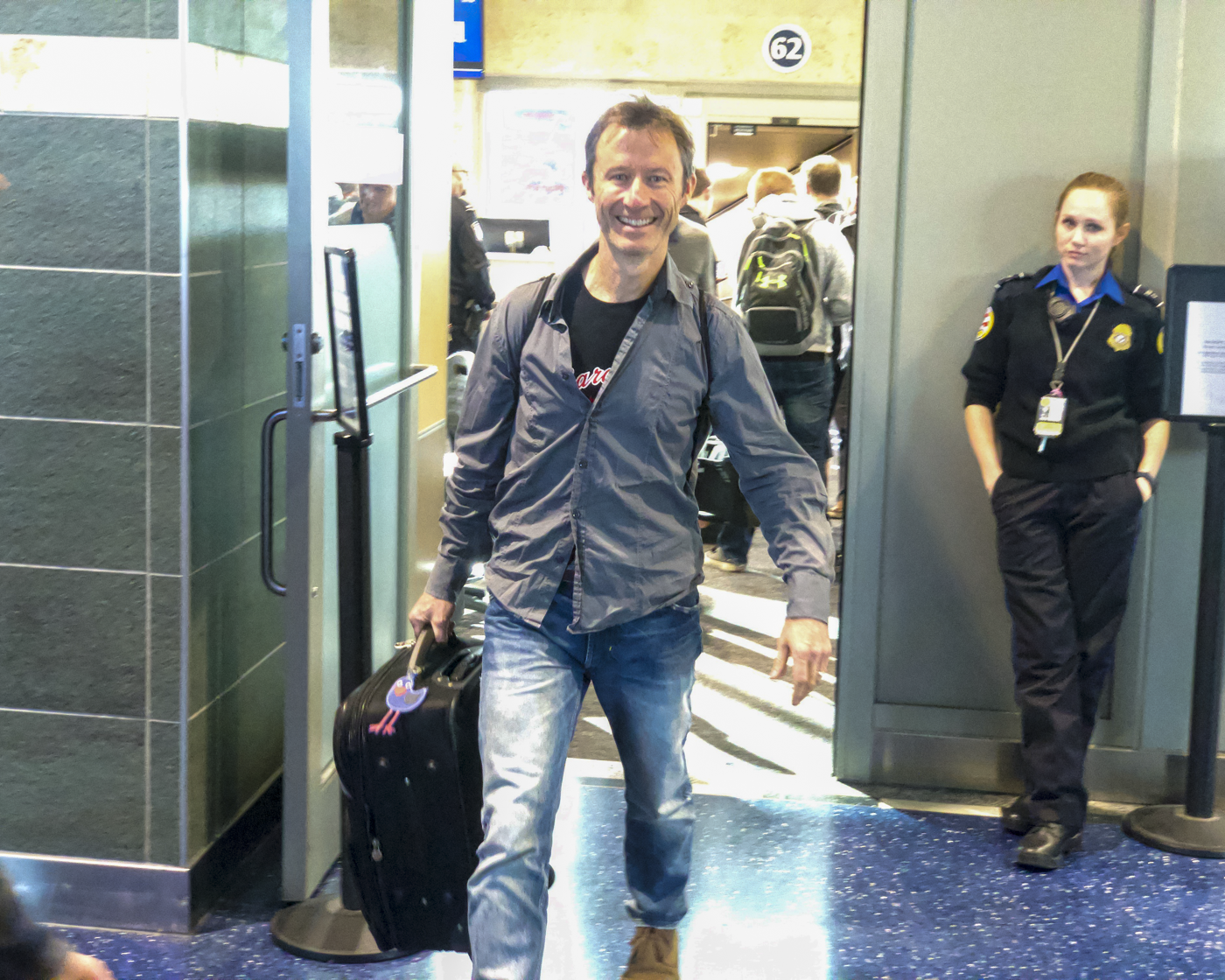